Rodtang “The Iron Man” Jitmuangnon told fans he would deliver a “Fight Of The Night” performance against Petchdam “The Baby Shark” Petchyindee Academy – and on Friday, 31 July, the Thai superstar made good on his word.

The reigning divisional king defeated his longtime rival by majority decision in their ONE Flyweight Muay Thai World Championship bout at ONE: NO SURRENDER in Bangkok, Thailand, and in the process, ended a three-year trilogy between the two.

The defending World Champion stalked Petchdam in the opening moments of round one, and “The Baby Shark” answered by peppering Rodtang with jabs and push kicks while trying to draw him into one of his crafty counters.

Rodtang, who has faced Petchdam on two other occasions, was all too familiar with the challenger’s tactics and didn’t take the bait.

Instead, the man from Phatthalung patiently tracked his opponent around the ring. With just under 30 seconds left in the opening stanza, “The Iron Man” delivered a four-piece combination that got the attention of the Petchyindee Academy standout. 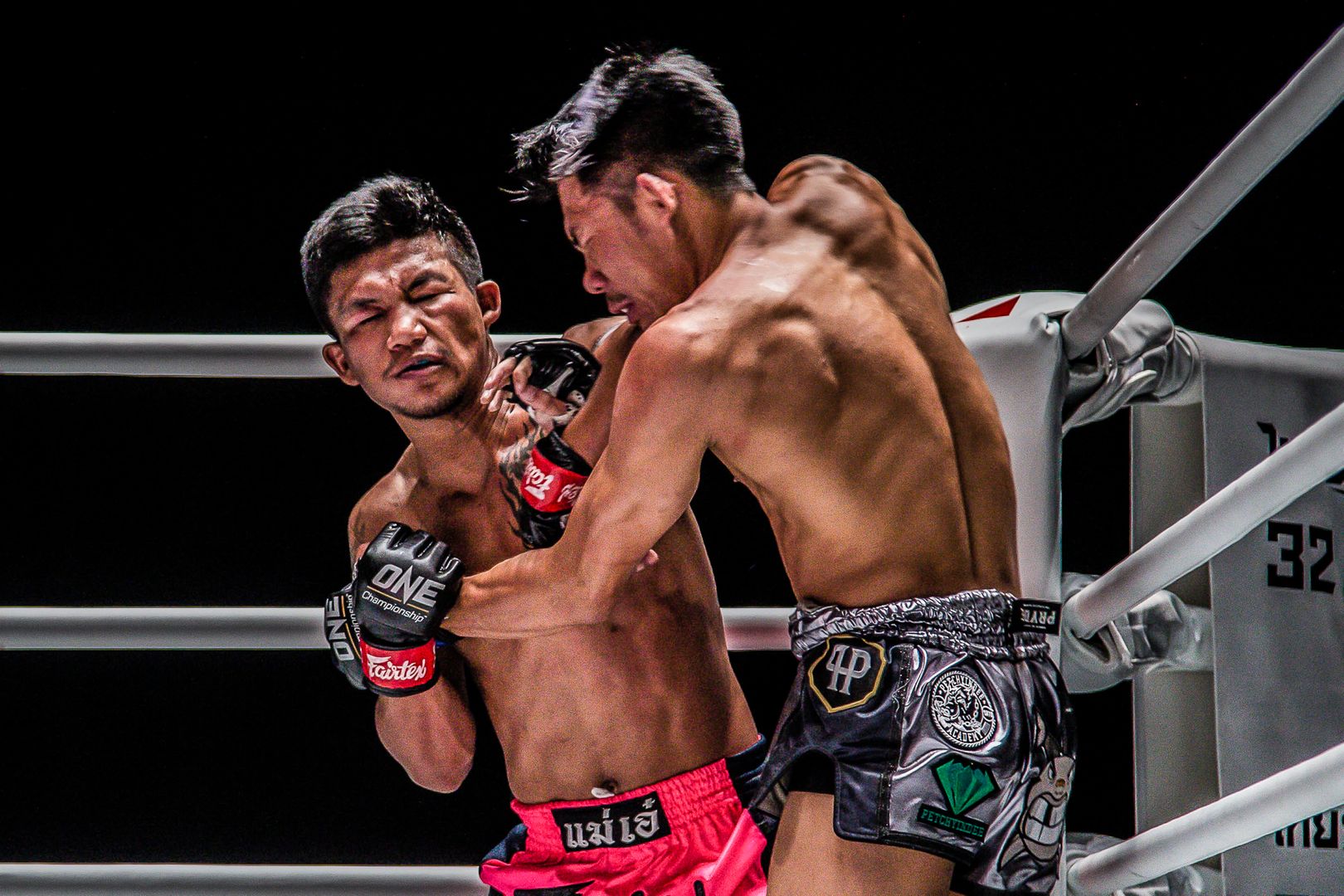 In the second, fans saw both athletes work inside the clinch for the first time. While it appeared Petchdam didn’t want to engage his rival on the inside, the same could not be said for “The Iron Man.”

Running in place, Rodtang softened up the sides of his adversary with knees before the referee separated the two athletes. Once he was outside, Petchdam pawed with his right hand, trying to set up a high kick. But as soon as the Petchyindee Academy standout looked to engage, Rodtang immediately countered with blistering combinations.

The Jitmuangnon representative came out swinging in round three, punishing Petchdam with his signature body shots and overhand rights. “The Baby Shark” had nowhere to go but backward, which caused the defending titleholder to wave on the man edging away from him.

That taunting seemed to work because Petchdam responded by doubling up on his kicks. However, it just wasn’t enough to stop Rodtang’s attacks, and the two Thais went left hook for left kick in the center of the ring. Then, after shaking “The Baby Shark” up with a left hook, “The Iron Man” blitzed his rival with another combination to finish the stanza. 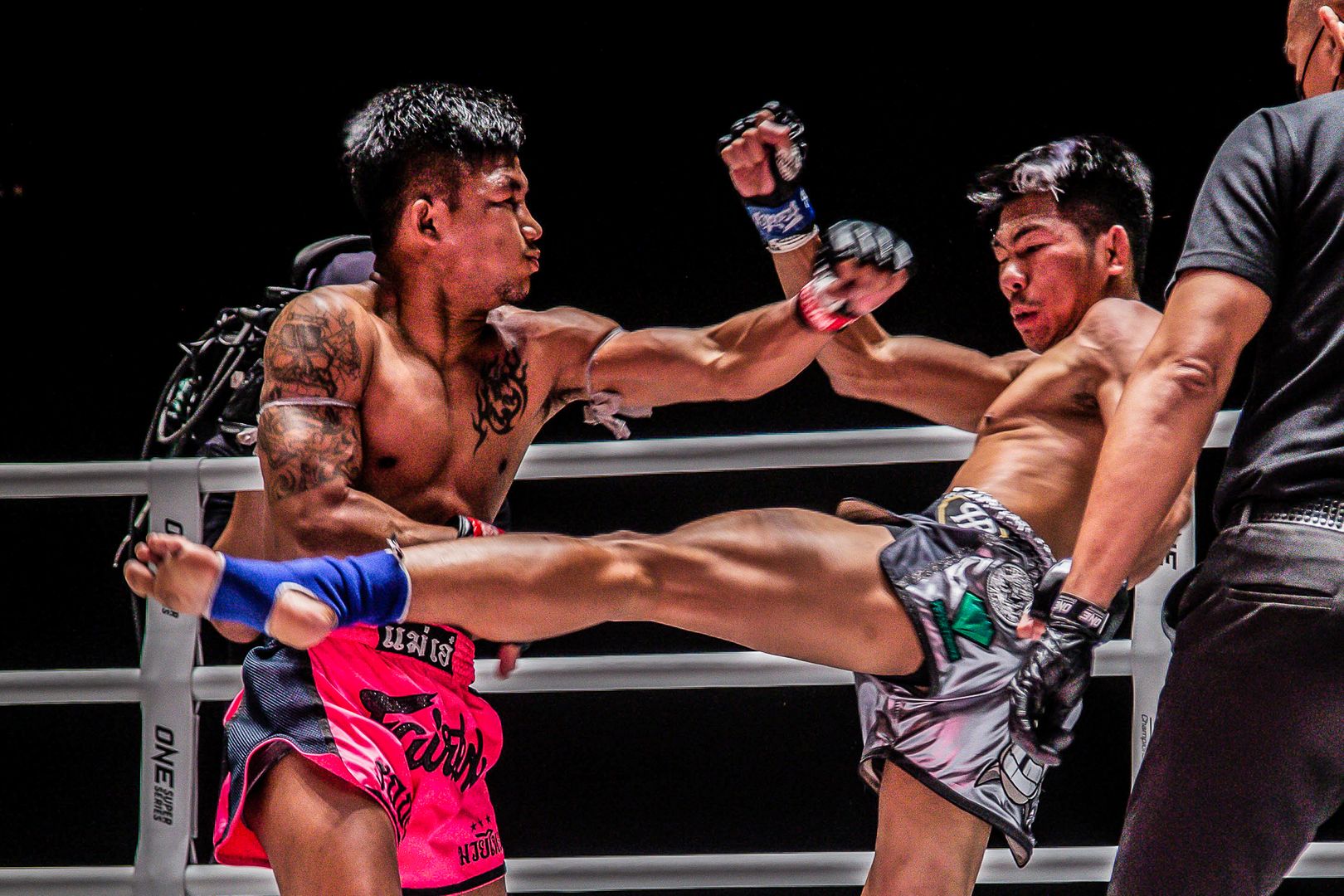 In the fourth round, Petchdam had no choice but to bite down on his mouthpiece and march into the fray. He managed to tag Rodtang with a slew of kicks and punches, but it wasn’t long before the reigning World Champion was back in control.

“The Iron Man” showed little respect for the kicks of the Petchyindee Academy standout, as he again marched forward and stunned him with left hooks, elbows, and ripping body shots.

Petchdam knew he had nothing to lose and all to gain in the final round. He came out strong in the early seconds, but as the period wore on, “The Iron Man” proved why he is the divisional king.

The Jitmuangnon representative continued to stuff his left hook into the body and face of his compatriot, who was desperately trying not to pick up any more damage. 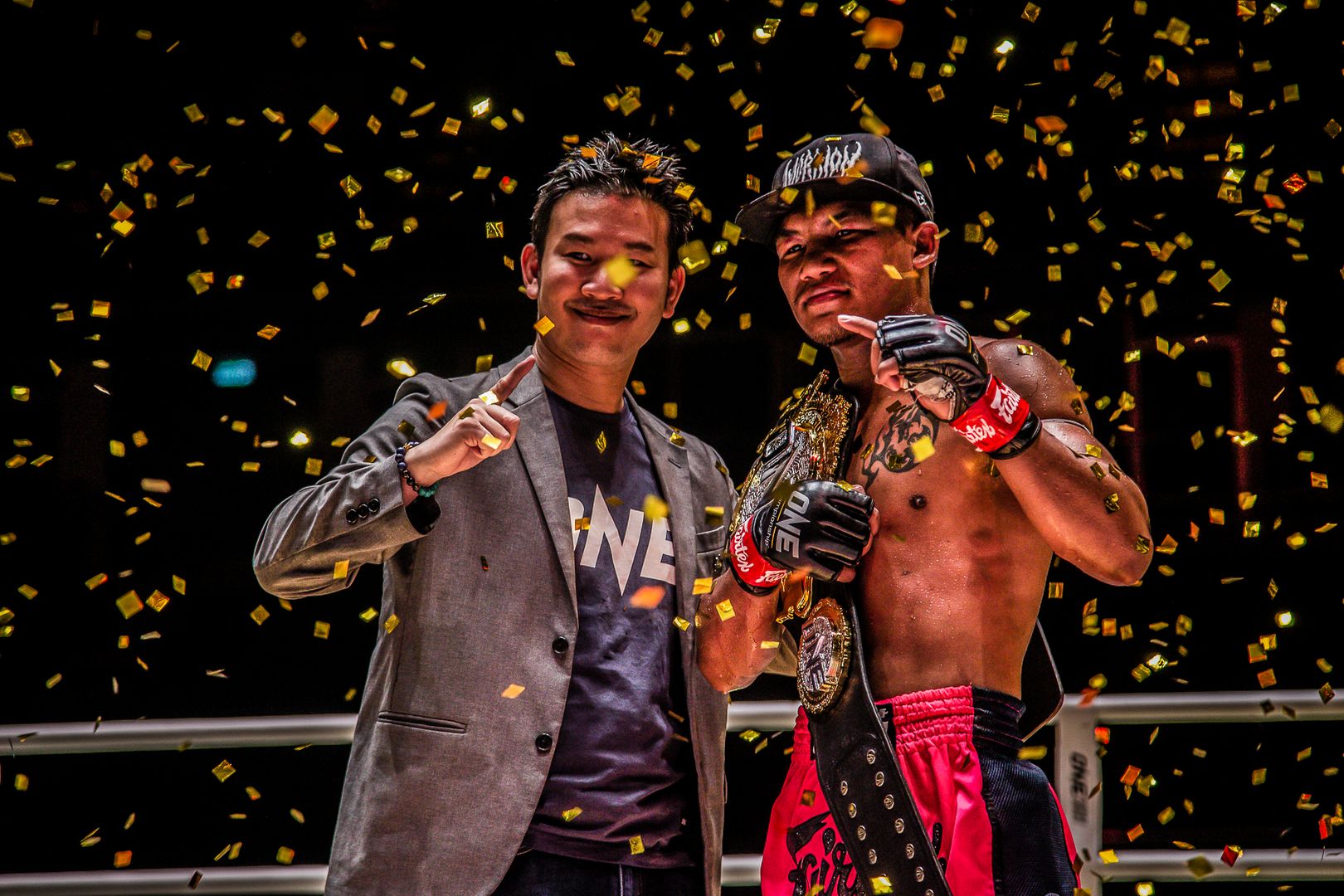 At the end of five rounds, the judges awarded the majority decision to “The Iron Man.”

The win nudged Rodtang’s record to an impressive 263-42-10, allowed him to keep his World Championship belt, and put him ahead 2-1 in his series with Petchdam.