Glory arrived early for four of our heroes on Saturday, 12 May.

The action was fast and furious during the prelims for ONE: GRIT & GLORY in Indonesia’s Jakarta Convention Center. There were three quick rear-naked choke finishes, and a strategic Muay Thai battle that set the pace for the rest of the night.

Serbia’s Ognjen Topic capped off the prelims with victory in a three-round Muay Thai thriller.

The American-based Serbian started the contest methodically, as he maintained distance, and aimed kicks at Mikkios. He went to the body of “Greek Dynamite,” and then up high to the head.

Late in the opening round, Mikkios found a way to get inside Topic’s kicking range, but he was unable to take advantage, or do much damage.

Topic, who used a classic Thai style, controlled the pace in the second round. He used a strong jab, and followed that up with more kicks, which stopped Mikkios in his tracks.

The Greek managed to land one rapid-fire combination late in the frame, as he backed Topic up against the cage, before unleashing several punches and knees. To his credit, Topic tied him up, and smiled at his adversary before circling away from the cage.

The third and final round saw more of the same, as Topic continued to show his dominance. At one point, he dumped Mikkios to the mat, and then unloaded with kicks and knees once the action returned to the feet.

After the final bell, the Serbian earned a unanimous decision victory, and kicked off his ONE Super Series career with a solid win.

Radeem Rahman defeats Tang De Pan with a sensational RNC submission at 1:19 of round 1!

Radeem Rahman defeats Tang De Pan with a sensational RNC submission at 1:19 of round 1!Watch the full event LIVE & FREE on the ONE Super App ???? http://bit.ly/ONESuperApp | TV: Check local listings for global broadcast

More than three years away from the cage did not stop Singapore’s Radeem Rahman from putting on a blistering performance in his bantamweight clash with Tang De Pan.

Rahman, who had not stepped inside the ONE cage since September 2014 due to injuries, did not miss a step after his lengthy break from martial arts.

He avoided an early striking attack from the Chinese sanda specialist before latching onto a takedown. After hitting the mat, Rahman effortlessly moved into the mount position to look for the arm-triangle choke. Tang scrambled out of trouble, only to give up his back a moment later.

From there, the Singaporean quickly locked on the rear-naked choke, and Tang was forced to tap out at 1:19 of the opening round.

Rahman, who actually took part in the inaugural ONE Championship card in 2011, recorded the fastest win in his career in his return.

Indonesian prospect Elipitua Siregar put on a dominant performance against Dodi Mardian, scoring a sweet RNC victory at 3:59 of round 1.

Indonesian prospect Elipitua Siregar put on a dominant performance against Dodi Mardian, scoring a sweet RNC victory at 3:59 of round 1.Watch the full event LIVE & FREE on the ONE Super App ???? http://bit.ly/ONESuperApp | TV: Check local listings for global broadcast

Siregar, an Indonesian wrestling champion, quickly planted Mardian on the canvas with a big double-leg takedown, and began applying his grappling skills. “The Maung” desperately tried working his way back to the feet a few times, but Siregar slammed him back to the mat every time.

After working his ground and pound game from the top, Siregar eventually transitioned into the rear-naked choke. Despite Mardian’s best efforts to wriggle free, he succumbed to the submission at 3:59 of round one. 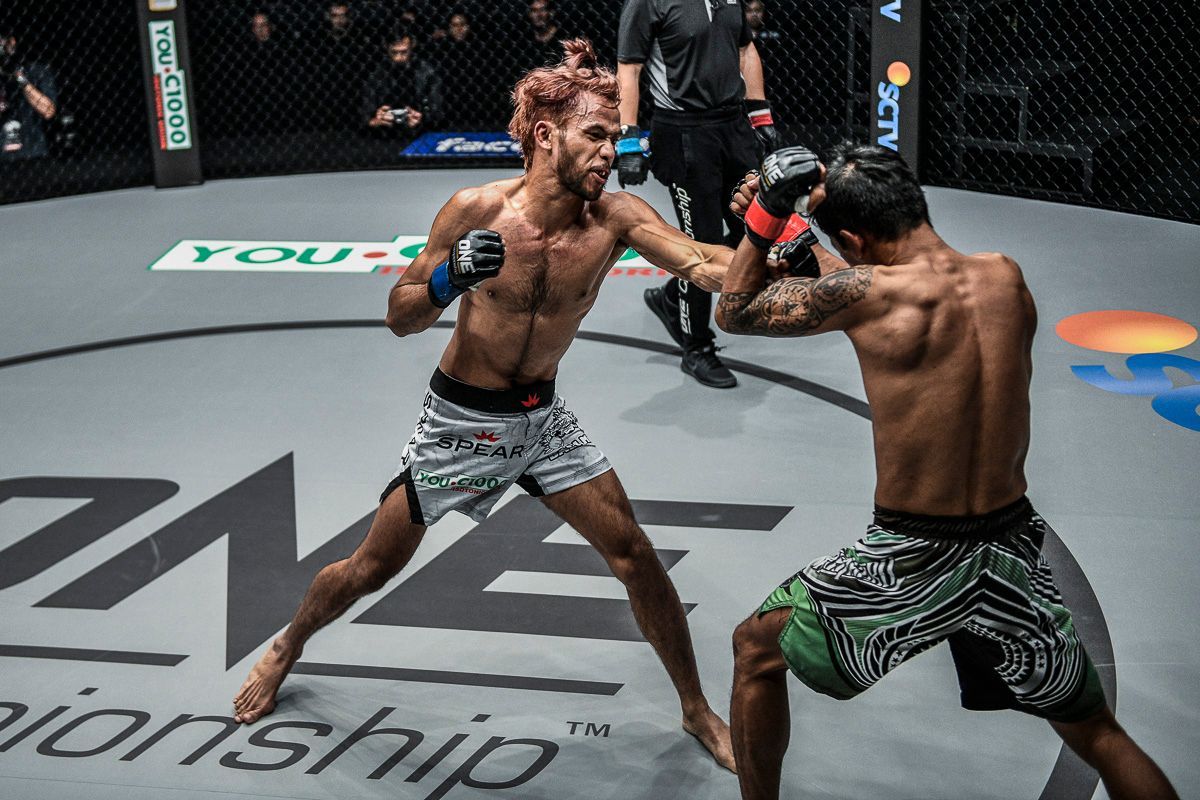 The Bali MMA product suffered his first professional defeat in March, but he had a successful strawweight debut, as he finished fellow countrymen Doan Birawa in an exciting battle.

It was a clash of styles, with “King Kong” looking to strike, and Birawa aiming to utilize his wrestling. The grappler was relentless with his takedown attempts, and was able to put Umar on the ground late in the stanza. At one point, he even got the Bali MMA product’s back, and fished for submissions.

However, Umar would make him pay in the second round.

“King Kong” immediately poured on the offense, just as Birawa was running out of gas. A failed takedown attempt backfired, as Umar stuffed it, promptly transitioned to the back, and locked in a rear-naked choke. He forced Birawa to tap at 1:22 of the second round.