Four-time Muay Thai World Champion Pongsiri PK.Saenchai Muaythaigym is ready to show ONE Championship’s global fan base what he’s truly capable of – and he will get that chance on Friday, 14 August.

On that day, the 29-year-old Thai will square off against compatriot Sorgraw Petchyindee Academy in a featherweight Muay Thai clash at ONE: NO SURRENDER II in Bangkok, Thailand.

Sorgraw, a Lumpinee Stadium Muay Thai World Champion, will enter the contest with plenty of experience in ONE Super Series.

And though the Petchyindee Academy standout fell to future ONE Featherweight Kickboxing World Grand Prix Champion Giorgio “The Doctor” Petrosyan via decision five months later, he returned to the winner’s circle with a competitive split-decision victory over gigantic Scotsman George Mann in July 2019.

In those two victories, Sorgraw leaned on his strengths – boxing, hard kicks, and evasion skills – and the PK.Saenchai Muaythaigym representative anticipates dealing with more of the same in this match-up.

“He is a big boxer. He is very skillful and has a defensive style. His main weapon will be his kicks,” Pongsiri says.

“[I think he will use] his jab, kicks, and maybe knee techniques – maybe the flying knee because he is taller than me, and my style needs to approach him first. So, he could use this to counter my style.”

There’s no doubt that facing Sorgraw will be, quite literally, a tall task for Pongsiri. The former holds an 11-centimeter height advantage, which could lead to more knockout opportunities.

“He is taller than me, so he can use this as part of his advantage for high kicking, and I must be aware of that,” Pongsiri adds. “Also, I must be aware when I approach him because his elbow strikes can hit my head easily.”

It won’t be the first time he faces a taller opponent on the global stage.

On less than a week’s notice in February, Pongsiri jumped at the chance to make his promotional debut and challenge Petchmorakot Petchyindee Academy for the inaugural ONE Featherweight Muay Thai World Title.

Petchmorakot, who was better conditioned due to his extensive training camp, also had an 11-centimeter height advantage and that aided him in his unanimous decision victory. 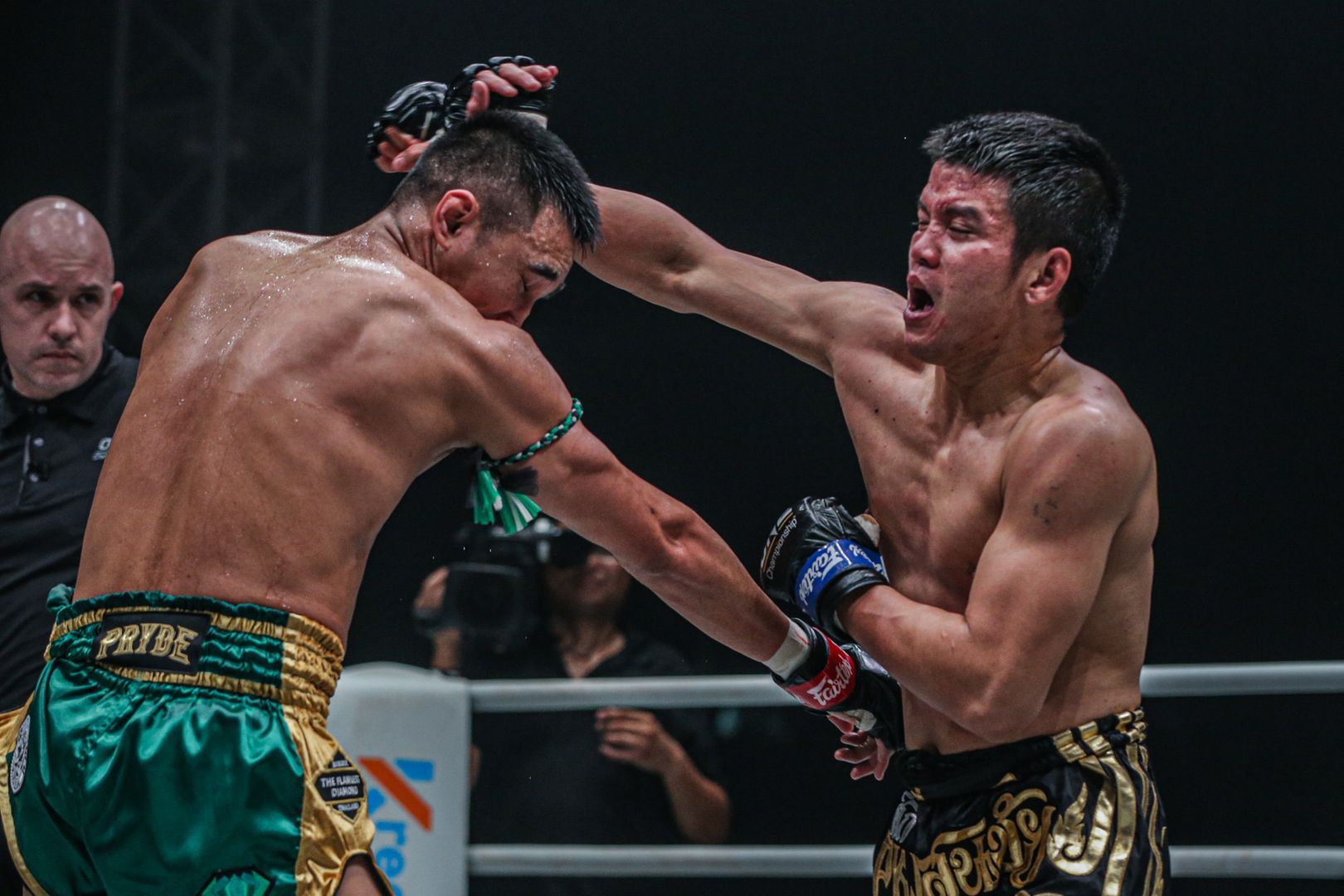 This time, though, things are a bit different.

For his second promotional appearance, Pongsiri has had several weeks to prepare and is more comfortable with the 4-ounce mixed martial arts gloves that ONE Super Series Muay Thai has become known for.

And if he can find his range, he should be able to implement his style against Petchmorakot’s teammate.

“My fighting style is aggressive – it’s a never-back-down style. I have kicks and elbows as my trump cards,” the PK.Saenchai Muaythaigym representative says. “My kicking can stop my competitors, and my elbows can cause damage. They should be afraid of it.”

Should Pongsiri get past Sorgraw, he hopes to secure a rematch with Petchmorakot and get another crack at the divisional gold.

“If I win this fight, I will be ready for the belt. I need it,” Pongsiri says. “I need it as the glory for myself, for the camp, and for Thailand.”