After his capture of the inaugural ONE Bantamweight Muay Thai World Title, Nong-O Gaiyanghadao wants to put on a show as World Champion.

He will get his first chance on Friday, 10 May when he returns to the arena where his reign began in the main event of ONE: WARRIORS OF LIGHT at the Impact Arena, in Bangkok, Thailand.

The Thai legend will make the first defense of his belt against Shoot Boxing Lightweight World Champion Hiroaki “Kaibutsukun” Suzuki – a man whose unorthodox striking methods could present Nong-O’s biggest challenge so far in ONE Super Series.

However, although the 33-year-old respects his upcoming opponent’s skills, he does not believe he is capable of taking his belt.

“He’s very strong and has really good punches. I don’t think he can beat me though, he’s a lot slower than me,” he explains.

“Nonetheless, I’m not planning to show off, nor am I overconfident. I’m still training very hard. I’ll need to watch for his punches because the small gloves make a big difference.”

Suzuki has shown how dangerous he can be in those 4-ounce mixed martial arts gloves in each of his two ONE Championship contests.

The 34-year-old dropped Deividas Danyla en route to a unanimous decision in his organizational debut last November, and then poured on the offense to knock out Mohammed “Jordan Boy” Bin Mahmoud in the third round at ONE: HERO’S ASCENT in January.

That was the Belwood Fight Team representative’s 41st win as a professional. However, Nong-O has more than five times that amount, as well as four Lumpinee Stadium Muay Thai World Titles in more than two decades in the ring.

His experience at the highest level means he is completely relaxed and looking forward to what would be a high-pressure situation for most competitors.

Because of that, fans can expect to see the Sakon Nakhon native at his brilliant best.

“I don’t feel pressured to be the main event. I’m just really excited to be fighting at home again, and to continue to work with ONE Championship,” he explains.

“It is really different competing at ONE. The audience is more international, and my opponents are from all different striking backgrounds. It’s a brand new experience for me, and I love it.

“You can fight your own style, and have fun in there. I’m having such a great time with the promotion – it’s modern and different.” 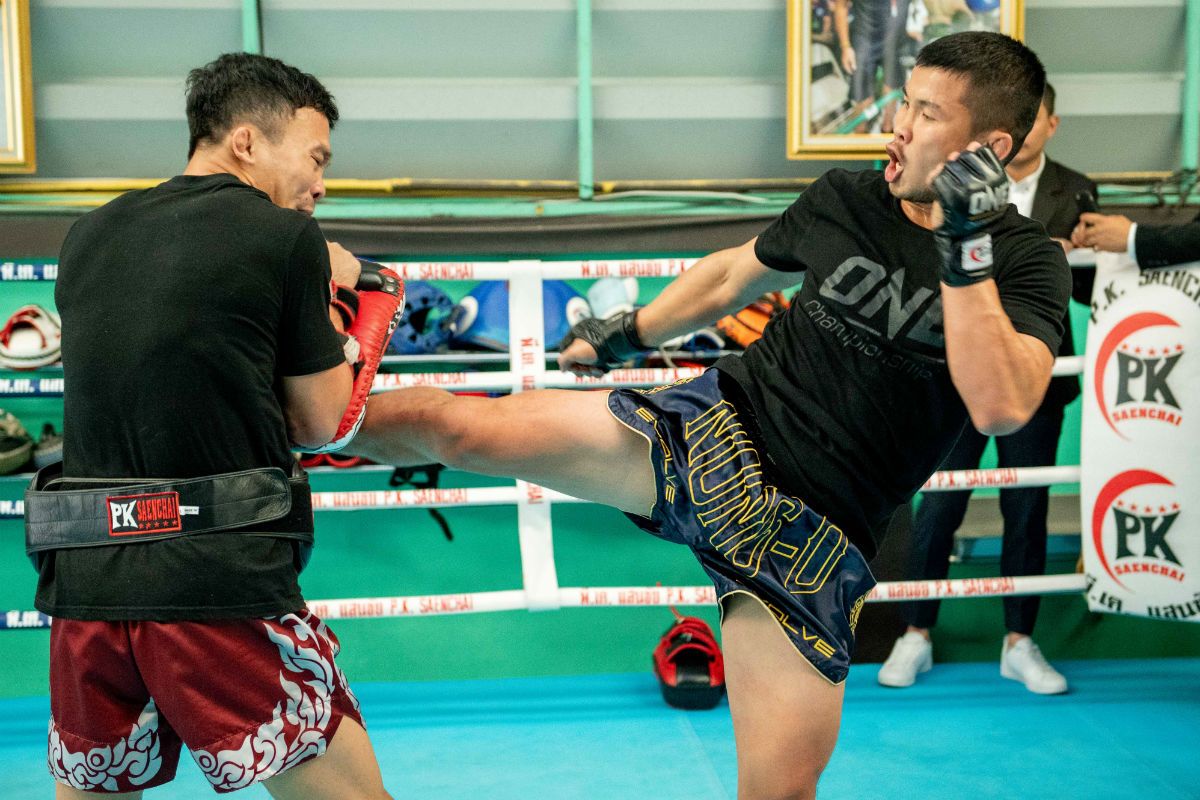 On top of his elite abilities, Nong-O will also be in peak condition thanks to his training at Evolve in Singapore, and there may not be any better facilities in the world to get ready for a Muay Thai match – even in Thailand.

The gym is home to some of the biggest names in the sport – athletes and coaches – including ONE Flyweight Muay Thai World Champion Sam-A Gaiyanghadao.

All of them are masters of “the art of eight limbs” and can adapt to almost any situation in the ring.

“Everyone here is a World Champion. I’ve got a great team. We all work together and take turns helping to prepare each other,” Nong-O says.

“I’m training as usual. Once I’m in the ring, I’ll figure out a game plan on the fly. My focus is my cardio because I’ve got all the techniques to be successful.” 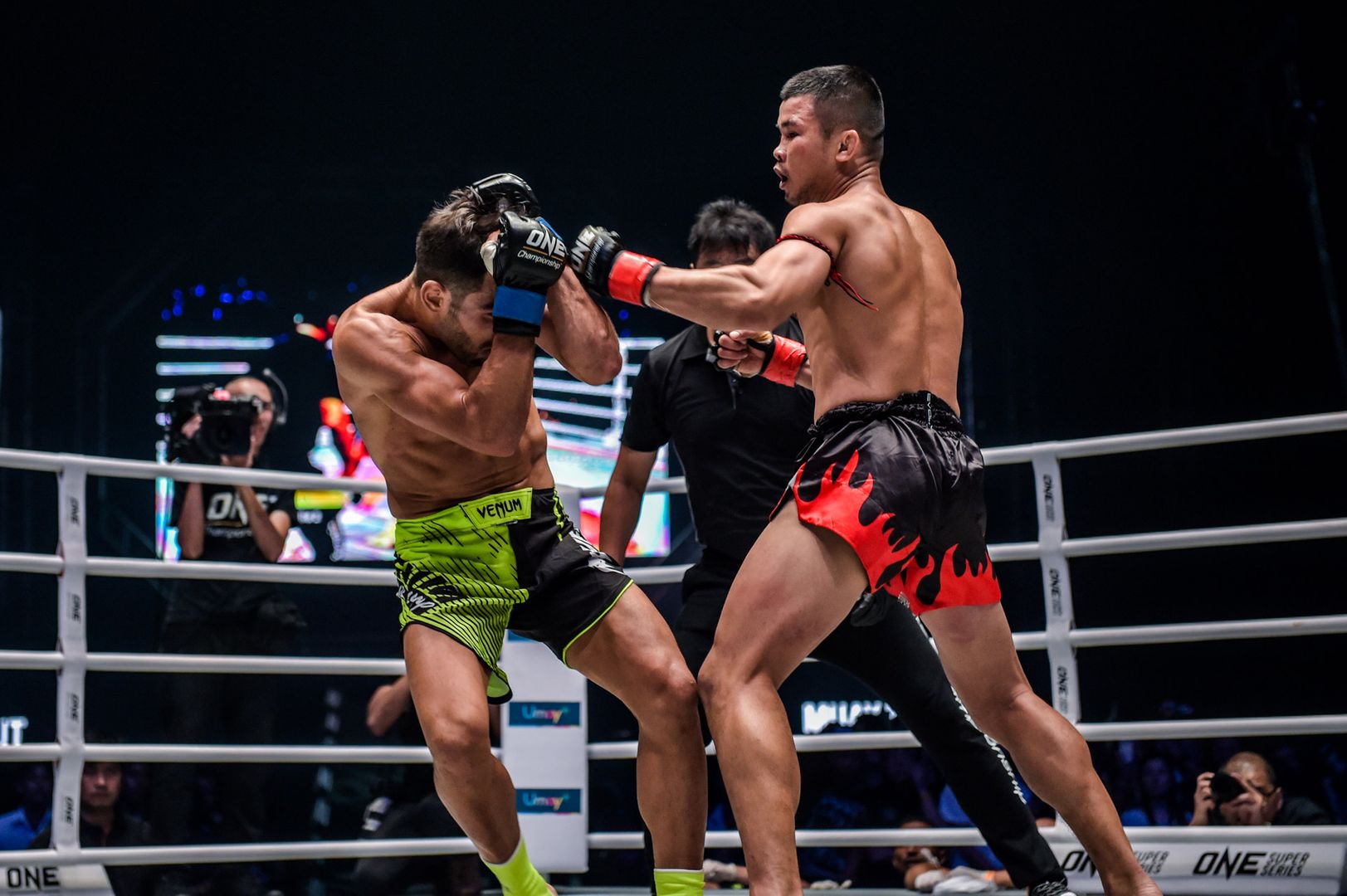 Nothing is likely to bring out the best in Nong-O, however, like the chance to compete on the global stage of martial arts in front of his Thai fans.

The World Champion embraces his hero status in his homeland, and he will do everything in his power to make them proud.

“This is my third time competing in Bangkok for ONE Championship, and it is definitely my favorite venue,” he says.

“I feel really honored to be able to perform for the Thai people and promise a true display of Muay Thai and all of its techniques.

“I definitely feel I perform my best here when I feel the energy from the crowd. I want them to know that I’m ready to return to Thailand and successfully defend my World Title.

“I hope that a lot of people will come to cheer me on, especially those from Thailand.  I’ll be bringing my all to this match.”