Mohammed “Jordan Boy” Bin Mahmoud is eager to prove he belongs on the global stage for martial arts, and he will get the chance to do that during ONE Championship’s inaugural Japan event on Sunday, 31 March.

The Kuala Lumpur-based athlete will face two-time Muay Thai World Champion Panicos Yusuf in a ONE Super Series Muay Thai bantamweight clash at ONE: A NEW ERA in Tokyo, and the youngster intends to show everyone at the Ryogoku Kokugikan that he can defeat such an established veteran.

“It’s an honor to be part of this show. I’m fairly new to ONE Championship, and to get this opportunity at such an early stage [of my career] shows that the organization knows my potential,” the 22-year-old says.

“I’m really thankful for this opportunity, and I want to show that I’m a real prospect in the Muay Thai world. I’m still young, but I’m hungry to reach the top.

“I cannot wait for my first trip to Japan. I’ve heard a lot of things about Tokyo, and to make my way over there and represent Malaysia on an international stage is incredible.”

Mohammed has only been training in ‘the art of eight limbs’ since 2015, but a deep look at his previous bouts reveal his marvelous ability to quickly turn his weaknesses into areas of strength.

The Malaysian Muay Thai sensation floored his 29-year-old European rival with a right elbow to secure the first knockdown of the contest.

When Mikkios returned to his feet, “Jordan Boy” pressured him, and he connected with a right cross, left kick, and a second right cross to defeat “Greek Dynamite” via first-round knockout.

“My elbows are my weakness because I hardly use them. But to put them to good use in my biggest career match was something special,” he recalls.

“It was such an emotional victory because of the venue and the thousands of Malaysians roaring in support of me. He was a tough opponent, but sometimes one hit is all it takes.”

He returned a month and a half later at ONE: HERO’S ASCENT in Manila, Philippines to face Japan’s Hiroaki Suzuki, a veteran with an array of striking skills under his belt.

Although he fell short at the Mall Of Asia Arena on that January night, Mohammed analyzed the bout in an effort to see where he could improve his skills and tighten up his craft.

The Malaysian realized he needed to strengthen a previous area of weakness, and he hopes the modifications he has made in his recent bout preparations for Yusuf will bear fruit later this month.

“My training over the past two months has been catered to my punching and elbows. I’ve been training hard on these aspects of my game, and I want nothing but a knockout in Japan,” he says.

“I want to push him from the start with my punches and kicks, and capitalize on that by the end of the second round.

“I do not want the fans to think that my first victory came by luck. I want to show that this is the real me — a Muay Thai athlete who is not afraid to outstrike his opponent.” 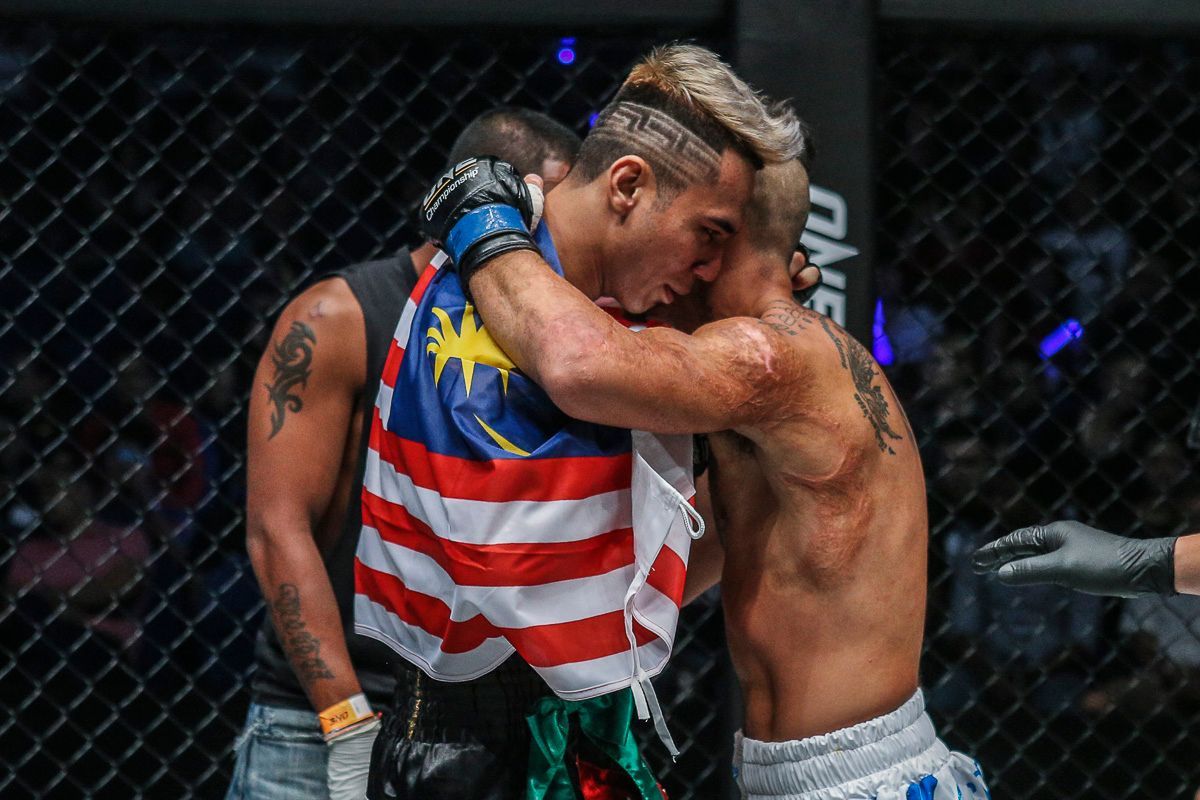 Mohammed knows the type of danger the Cypriot presents.

The youngster has extensively watched Yusuf’s tape, including his ONE Super Series debut against Han Zi Hao in July and his clash with Muangthai P.K. Saenchaimuaythaigym in November.

“His number one strength is his low kick. Just watch how he pushed Han Zi Hao in his debut. His second match was quite similar too, putting his opponent on the back foot with those painful strikes,” the Kuala Lumpur resident adds.

“I believe he has everything [in terms of striking], and it’s an honor to share the cage with yet another world-class athlete. But my stamina and ability to sneak out the little openings will be the decisive factor in this fight.”

With a rapidly growing fan base, “Jordan Boy” knows he must win in Japan — especially if he wants to achieve his dream of becoming Malaysia’s first-ever Muay Thai World Champion in ONE Super Series.

From the sounds of it, the driven warrior will enter the Ryogoku Kokugikan at his very best.