Martin “The Situ-Asian” Nguyen is confident he can continue his rule over ONE Championship’s featherweight division with an exciting victory against his toughest challenger yet.

On Friday, 2 August, the ONE Featherweight World Champion will face Koyomi “Moushigo” Matsushima at ONE: DAWN OF HEROES in Manila, Philippines, and his morale is at an all-time high following his stunning KO of Narantungalag “Tungaa” Jadambaa.

The Vietnamese-Australian is more motivated than ever to put on a highlight-reel performance and keep the belt around his waist.

“First and foremost, congratulations to Matsushima for earning his shot. I think he is a great fighter who has proved himself with the best,” Nguyen says.

“Having some time off [with the injury] made me reflect, and it made me hungrier. It also motivated me to push myself beyond setbacks and come back with a victory [over Jadambaa].

“I have been given the right amount of time to prepare for Matsushima, and I have all faith in my coaches and training partners to get me over the line.”

Nguyen has competed 12 times in the world’s largest martial arts organization, and he became the first-ever two-weight ONE World Champion with back-to-back knockout wins over Marat “Cobra” Gafurov and Eduard “Landslide” Folayang back in 2017 – at featherweight and lightweight, respectively.

In contrast to his rival’s long tenure, Matsushima has competed just twice on the global stage, but he has made a massive impression by showing he is a complete mixed martial artist through the pair of wins to earn his status as the top contender.

He knocked out Gafurov in the first round at ONE: CONQUEST OF HEROES, and then showcased a completely different complexion of his game when he dominated “Pretty Boy” Kwon Won Il with his grappling last month.

“The Situ-Asian” has watched the new contender’s rapid ascent up the ranks with interest, and he does not expect to have an easy night when he takes on the dangerous Japanese star inside the Mall Of Asia Arena.

“His performance against Gafurov was expected as Gafurov was clearly getting frustrated and rushing in carelessly like he did with me,” Nguyen explains.

“The performance against Kwon Won Il was a surprise to me as I thought Kwon had better defense to counter Matsushima’s wrestling, but Koyomi dominated and earned himself a shot with me.”

The Pancrase ISM Yokohama representative has shown how dangerous he can be in every facet of the sport in just two contests. Fans were prepared to see top-class stand-up skills from the Kyokushin Karate black belt, but few expected the kind of punching power that could stop a durable former World Champion inside three minutes.

His near-perfect game plan and smothering top game against Kwon showed that every opponent must be ready to combat multiple threats when they stand across the Circle from him.

The Vietnamese-Australian kingpin knows “Moushigo” can mix up his offense, and he recognizes a lot of similarities to his own game. He has also identified a few holes he can exploit, which could set the stage for a memorable battle – and finish – in Manila. 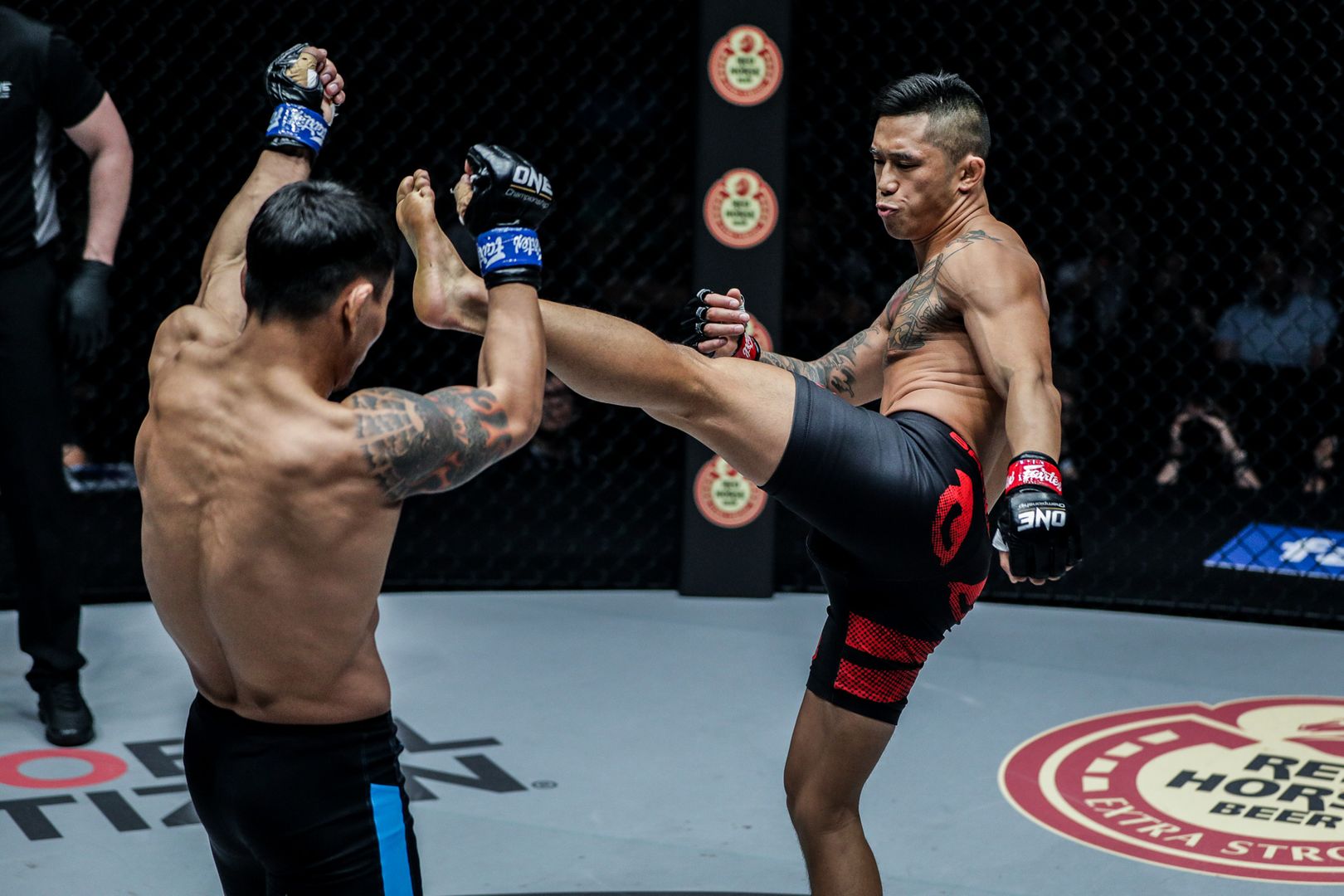 “He has really good wrestling. His striking is decent as well, but it is very reckless,” suggests the Sydney native.

“Both our styles are very similar. We have great movement and power to counter, so come fight night, the fans should be expecting a great tactical battle full of fireworks and action.

“Every fighter has their strengths and weaknesses, but that is up to me on fight night to find out, capitalize on my game plan, and take Matsushima out – keep it simple!”

Nguyen’s primary focus is to defeat the man from Yokohama in style, but after spending nine months on the sidelines before his return in April, he is also keen to keep his momentum rolling and the wins coming.

A quick and decisive victory would help him stay on track to get back in the Circle one more time in 2019.

“Knowing that I am now injury-free, I want to try and push out at least one more fight after this one to end the year on a high,” adds “The Situ-Asian.”