Alexandre “Bebezao” Machado feels like he’s paid his dues on the global stage and believes a win at ONE: FISTS OF FURY II should earn him a shot at the ONE Heavyweight World Championship.

The Brazilian veteran will face off against Russian phenom Anatoly “Spartak” Malykhin in a massive mixed martial arts encounter at the previously recorded event in Singapore this Friday, and he’ll be aiming to convince the ONE matchmakers that he’s ready for gold.

“I have been improving every area of my game, and I am so happy to come back. I am ready to win this fight and fight for the World Title next,” Machado states.

The Brazilian Jiu-Jitsu black belt has already earned a pair of TKO wins in ONE’s heavyweight division, and he looked better than ever while dispatching Hideki “Shrek” Sekine in his last outing at ONE: CONQUEST OF CHAMPIONS.

If “Bebezao” adds a third win to that tally against Malykhin — who sports an unblemished 8-0 record — it would put him firmly in the running for a matchup with reigning heavyweight king Brandon “The Truth” Vera.

And given the recent influx of talent to ONE’s heavyweight ranks, the former ONE Light Heavyweight World Title challenger is excited for the future of the division he hopes to rule.

“With this victory, I want to show all of the other [heavyweights] that I am the best. I am the top contender for the World Title.”

The Rio De Janeiro native recognizes that Malykhin is a physically imposing fighter who will not be a pushover. However, he believes his own experience at the top level will set him in good stead for the battle ahead.

“Bebezao” has shared the Circle with Aung La “The Burmese Python” N Sang and Alain “The Panther” Ngalani, among others, so he is not fazed by the surging Tiger Muay Thai representative.

“I think Malykhin is so strong, so explosive. All the Russian fighters fight like this. He is a tough guy, but I am ready for his challenge,” Machado says.

“I don’t think [his record] is a problem because he fought in the small leagues. I’ve been fighting here in the big leagues.

“He hasn’t fought against the big names [whereas] I fought with all the tough guys.” 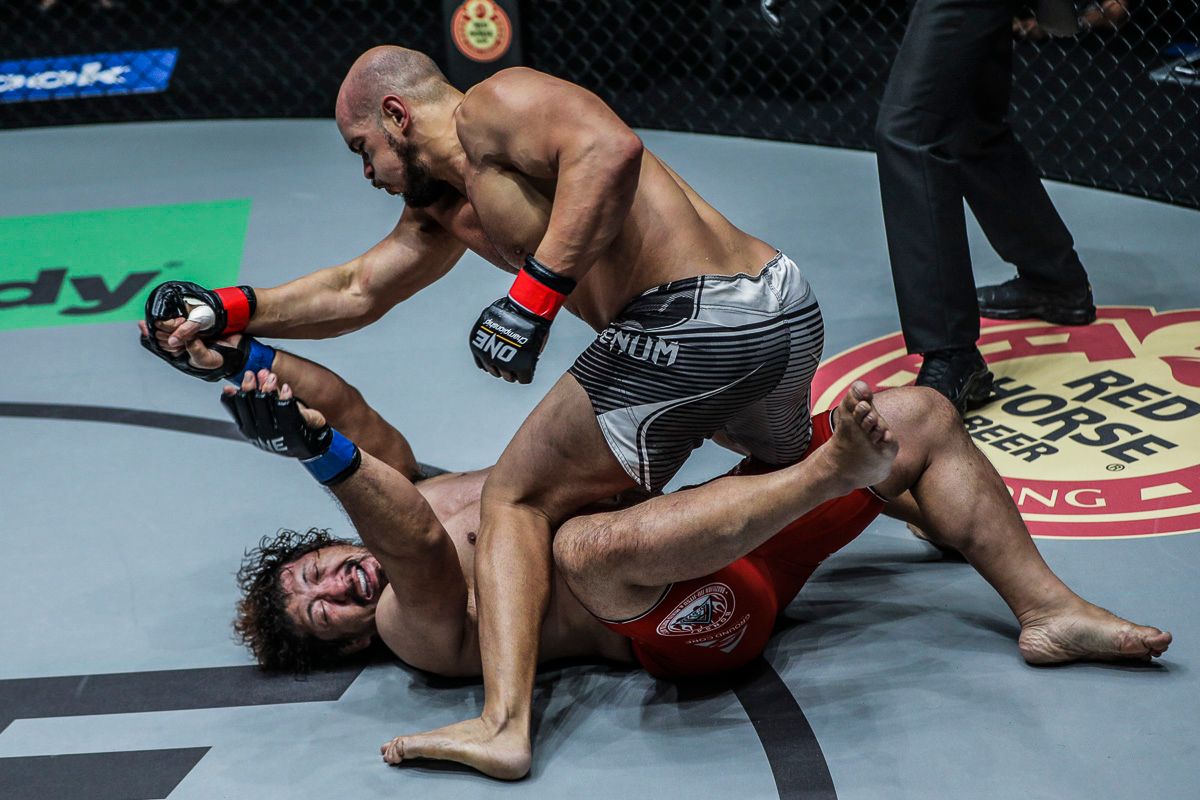 Machado came close to ONE World Title glory when he squared off against “The Burmese Python” in 2018, and now, he wants to cement another shot at the gold with a victory by any means necessary.

To date, the 38-year-old Peru FC Heavyweight Champion has eight finishes in nine career victories, which are equally split with four submissions and four knockouts.

Along with his storied career in The Home Of Martial Arts, that versatility gives “Bebezao” the confidence that he can go into Singapore and dictate the contest against “Spartak.”

“I will put my experience into this fight. That will be my biggest advantage,” Machado says.

“If the guy wants a stand-up fight, I will take him down. If he wants to take me down, I will fight him standing.”

Read more: Top Fight Highlights From ONE: FISTS OF FURY