Former World Title contender Alexandre “Bebezao” Machado got back in the win column with a ground and pound victory at ONE: CONQUEST OF CHAMPIONS on Friday, 23 November.

A packed house at the Mall Of Asia Arena in Manila, Philippines watched as the Brazilian showcased a strong striking attack, coupled with a powerful ground game, to topple former ONE Heavyweight World Title challenger Hideki “Shrek” Sekine on the event’s preliminary card.

Alexandre Machado smothers Hideki Sekine with shots on the ground for a TKO victory at 1:44 of Round 2!

Alexandre Machado smothers Hideki Sekine with shots on the ground for a TKO victory at 1:44 of Round 2!Watch the full event LIVE & FREE on the ONE Super App ???? http://bit.ly/ONESuperApp | TV: Check local listings for global broadcast

Machado was determined to return to contendership against one of the top grapplers in the heavyweight division.

The 36-year-old Rio De Janeiro native was the aggressor at the start of the opening round. He tried to strike, but Sekine swooped inside to take the action to the canvas with a beautiful throw.

A multi-time Brazilian Jiu-Jitsu champion, Sekine latched onto a body lock while tossing Machado around the cage, but he was not able to advance his position to attempt any submissions.

As the second round got underway, “Bebezao” started unleashing his striking combinations with a lot more confidence as his Japanese opponent stood directly in front of him with his hands held low. 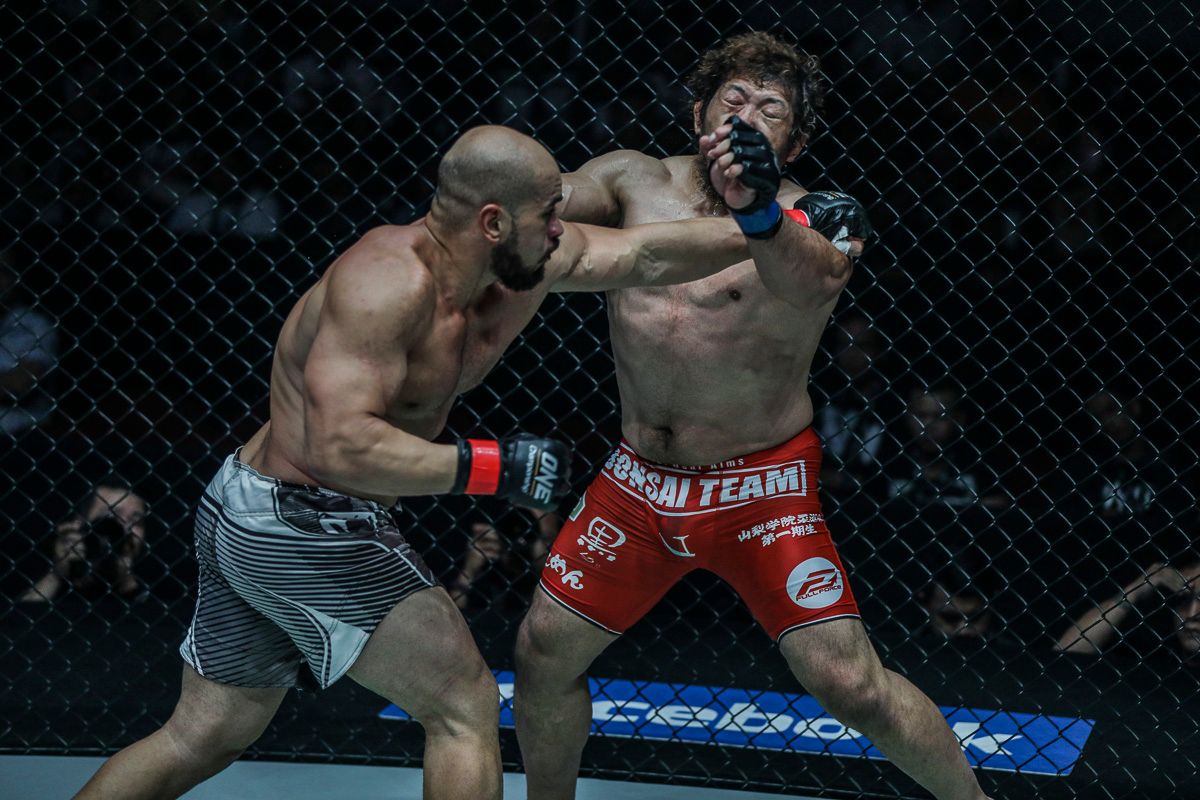 The Brazilian began throwing every shot with power, and as his punches started to connect in rapid-fire succession, “Shrek” became desperate to get him back to the ground.

Machado shrugged off the takedown attempt, pierced Sekine’s defense, and ended up in the mount after putting the Japanese giant on his back.

From there, it was all “Bebezao” as he began unloading a barrage of strikes that left Sekine rolling to his stomach and covering his head with his hands.

The uncontested punches raining down from Machado forced referee Olivier Coste to rush in and stop the bout at the 1:44 mark of the second round. 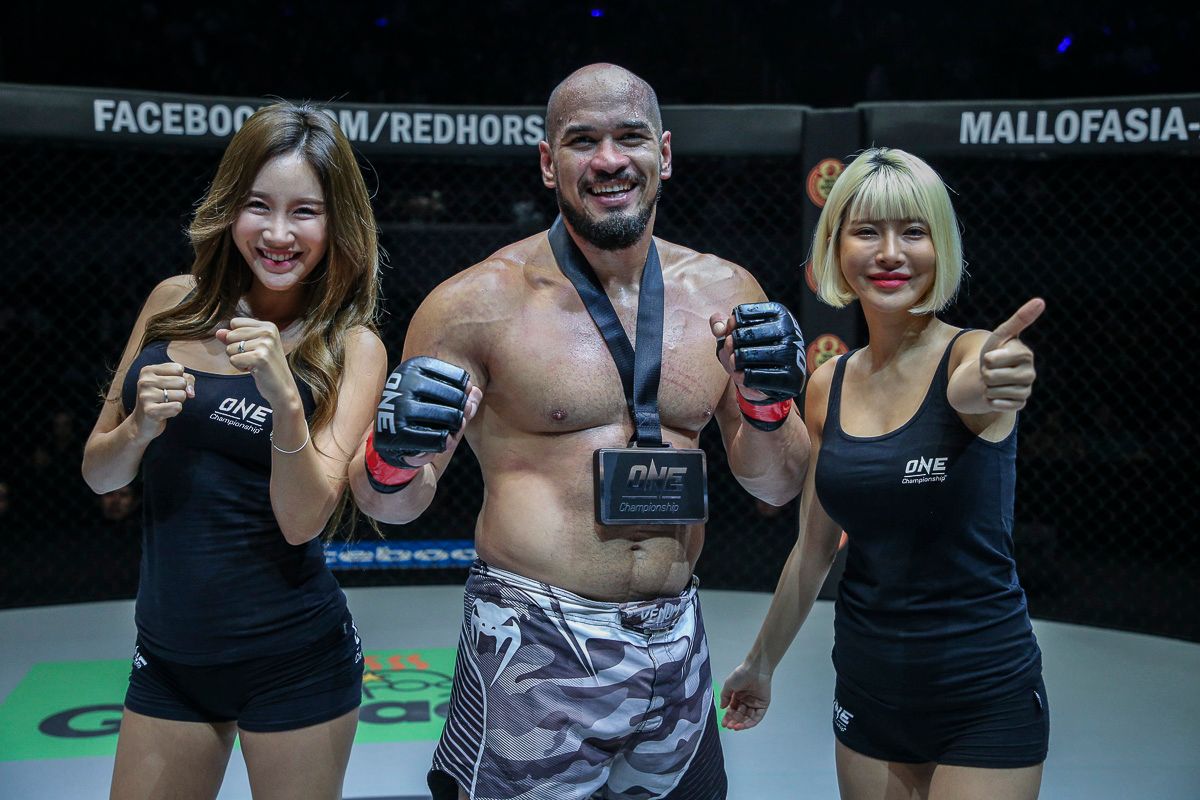 It was an impressive outing from Machado, who managed to avoid Sekine’s powerful grappling in the first round before landing the knockout blows in the second.

The Brazilian improves his record to 9-3,  and he gets closer to a ONE Heavyweight World Title opportunity.