After making a successful debut with one of the most spectacular finishes of 2019, “The Fighting God” Kim Jae Woong wants to double-up at ONE: WARRIOR’S CODE.

This Friday, 7 February, the South Korean rising star will face Koyomi “Moushigo” Matsushima in a high-stakes featherweight bout that will catapult the winner toward the top of their division.

While Kim is confident, he knows he will have his work cut out against a man who has already proven himself against the best of the best in The Home Of Martial Arts. 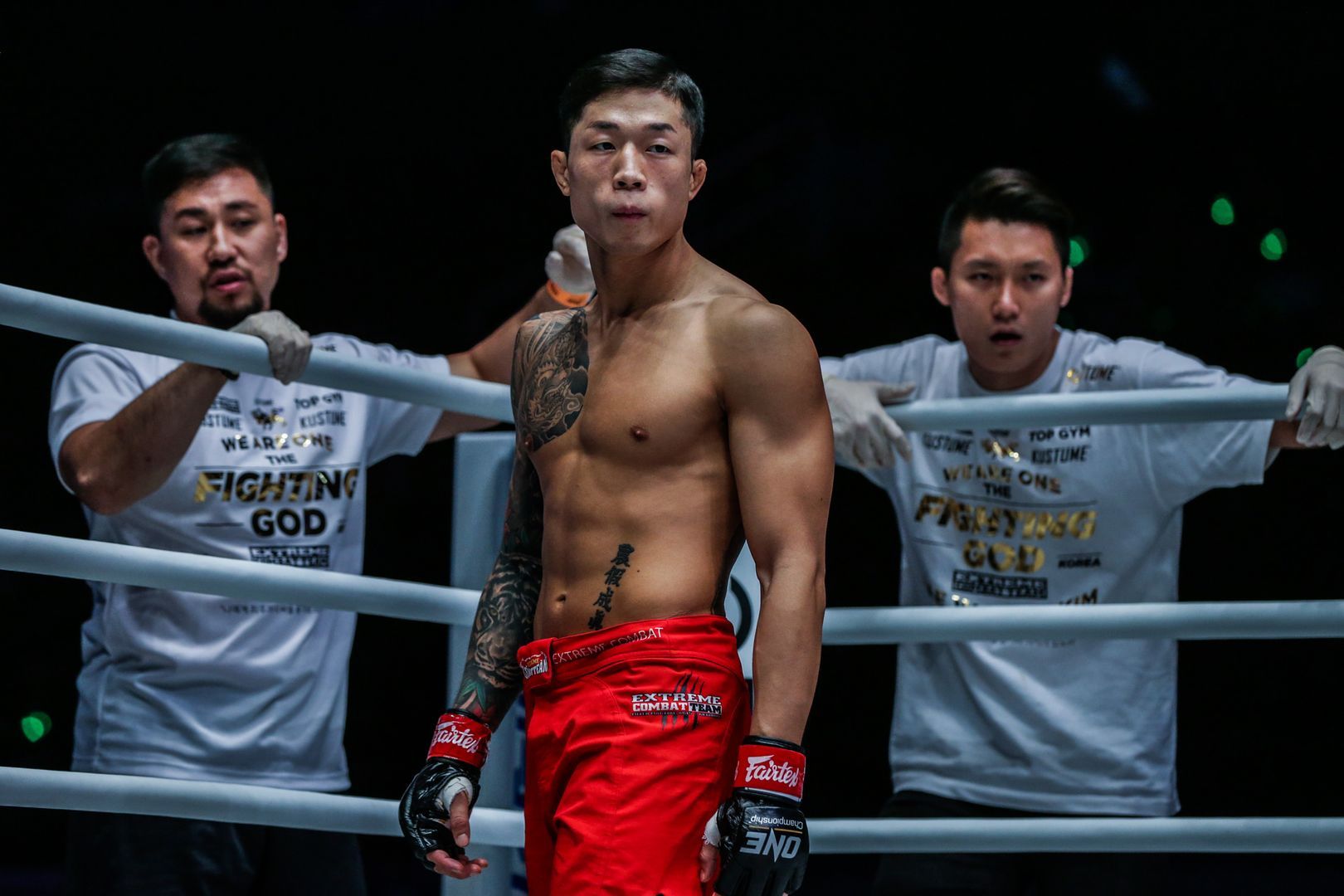 “I am up against an athlete who advanced to a World Title shot – he is an explosive player who can adeptly shift from wrestling to other techniques,” the TFC Featherweight Champion says.

“Moushigo” comes from a karate base and has shown incredible knockout power at every stage of his career – from his pro debut, through his rise to the pinnacle of his domestic scene, and on to a spectacular first appearance on the global stage.

However, “The Fighting God” is not afraid of trading strikes with any man and his finish of Rafael Nunes at ONE: MASTERS OF FATE via body punch and knees was the sixth in 10 wins as a professional so far.

If “Moushigo” does not want any part of Kim’s power, then he has the tools to switch things up and pursue a grappling-based game plan. In fact, given his approach in his last two contests, he may prefer to do that from the outset.

If that is the case, the 26-year-old from Seoul has studied the approach ONE Featherweight World Champion Martin “The Situ-Asian” Nguyen used to defeat his upcoming opponent, and believes he can follow a similar route to victory.

“His weakness seems to be a tendency to grow tired when his strategy fails,” Kim says.

“I am sure he’ll try to go for a takedown. At that point, everything will depend on whether he grows tired or I grow tired. I will try to sense that weakness and launch a counterattack and possibly sap his strength even more.

“When his guard is down, I’ll go for the finish.”

Kim’s first win in ONE prompted some of the most emotional scenes we saw from an athlete in all of last year, but he keeps all of his feelings under the surface in the heat of battle.

In addition to his power, which also took him to a 7-0 record as a pro boxer, “The Fighting God” has shown his ability to stick to a strategy and go hard for 15 minutes. He is undefeated in three contests that have gone the distance, so he will expect to get his hand raised if he is forced to see the judges’ scorecards. 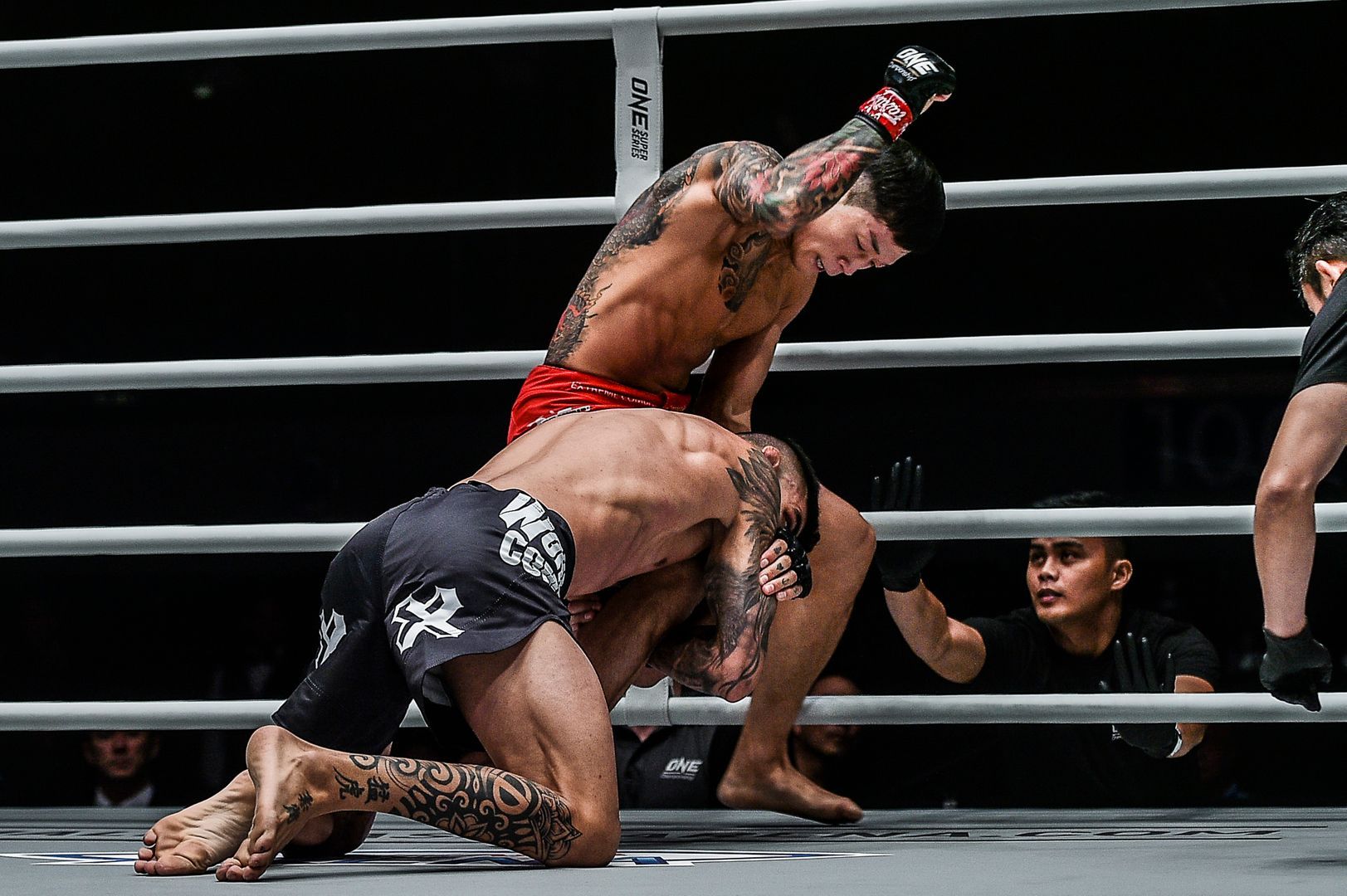 However, that is not part of the plan in Jakarta. Kim has full faith in his ability to connect with some decisive strikes and get a victory that can thrust him forward in his quest to face the best the world’s largest martial arts organization has to offer.

“I hope to finish the match in the second or third round,” says the Extreme Combat and Top Gym BF representative.

“I’ve come this far armed with a strong mindset. I have faced my opponents telling myself that losing is not an option up to this point in my career. I aim to win and rise to bigger opportunities at ONE Championship.”