A late change in opponent could throw many athletes’ training camps into chaos, but Itsuki “Strong Heart Fighter” Hirata is as confident as ever ahead of ONE: WARRIOR’S CODE.

Next Friday, 7 February, the Japanese judoka will aim to build on her dominating performance and submission of Rika “Tiny Doll” Ishige at ONE: CENTURY with another finish against Nyrene “Neutron Bomb” Crowley in Jakarta, Indonesia.

Crowley has stepped up to replace Bi “Killer Bee” Nguyen, and although Hirata is disappointed not to be able to face the Vietnamese-American star, she is still happy to get the chance to extend her perfect mixed martial arts record.

Plus, she believes Crowley is stylistically similar to her previous opponent, so she will not have to worry about a complete change of game plan against the Bali MMA representative.

“I was looking forward to facing Nguyen, but I’m glad I can still compete. I can’t wait to fight. I’m in great shape,” she says.

“We’re right before the match, so even if I changed my game plan, it wouldn’t make much difference.”

The 20-year-old from Tokyo is still undefeated as a mixed martial artist, and has used her outstanding judo skills to finish all five of her opponents via submission – including an Americana on Angelie Sabanal in her ONE debut and the slick armbar on Ishige.

Hirata is supremely confident in her grappling and believes her ne waza (ground techniques) will be key to her success at the Istora Senayan. Though Crowley has shown well-rounded skills in ONE Warrior Series, “Strong Heart Fighter” believes she will have to be most careful of her rival’s kickboxing.

“I’m training wrestling and takedowns to counter her striking. My grappling is stronger, so if it goes to the ground I’ll keep it tight,” she says.

“[Crowley] is a striker. I can’t let her control the pace. I think she’ll come out using her striking, so if I see the chance to take it to the ground, I will.

“She’ll use her left middle kick, so I need to find the distance where she can’t catch me with that – and her Superman punch [is dangerous].”

If she can stay safe on her feet and bring the match-up into her realm, she is confident that she can extend her extraordinary submission streak to six bouts.

“My strength is my grappling, so I want to show that – I’d like to show more of my new techniques too,” she adds.

“If it goes to the ground, I’m stronger there. There’s no way I’m losing on the ground. I’ll attack from the bottom or top position. I’ll be looking to take her back and then finish from there.” 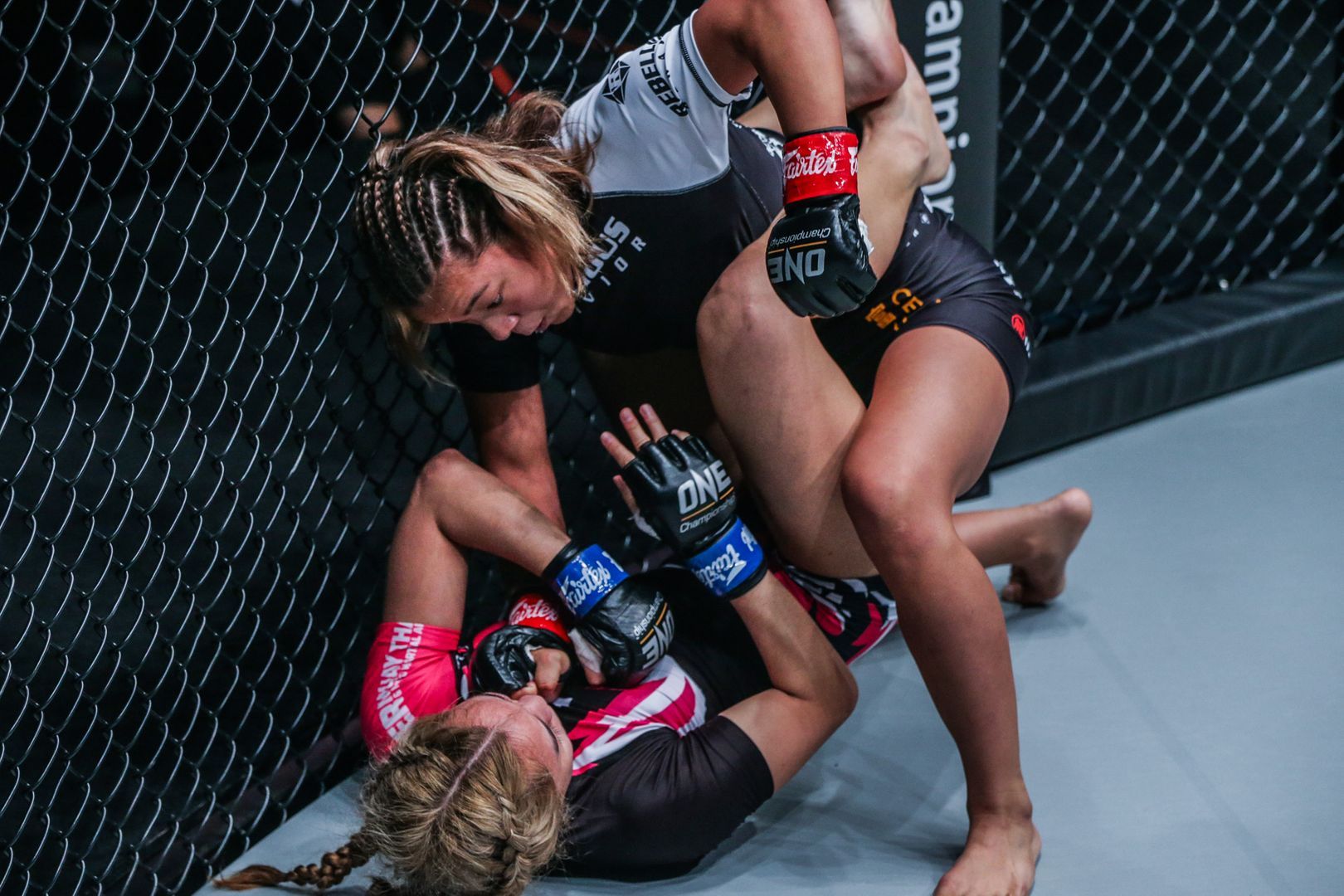 A victory at ONE: WARRIOR’S CODE would leave Hirata with a perfect 6-0 record, which would be one of the most impressive in the women’s atomweight division.

That would put the K-Clann representative in line to face some of the biggest names in the weight class and she seems willing to face whoever The Home Of Martial Arts’ matchmakers put in front of her.

However, if she can overcome Crowley’s ferocious striking on 7 February, there is one athlete, in particular, that is in her sights.

“I should be near the top of the atomweight division, and I want to fight Stamp (Fairtex) at some point this year,” she says.

“If I win, I’d like another match soon, but I’ll think about that after this next match. I think Mei (Yamaguchi) is strong, so there’s a possibility I’ll face her before Stamp. Depending on her injury, I’d [also] like to face Nguyen, but I’m prepared for anyone.

“I’m going to prove that my grappling is the strongest. My goal this year is to face Stamp in Japan, so I have to keep winning.”

Read more: Top 5 Submissions From The Stars Of ONE: WARRIOR’S CODE