Itsuki “Strong Heart Fighter” Hirata announced her arrival in ONE Championship with a flawless submission victory over Angelie “D Explorer” Sabanal at ONE: LEGENDARY QUEST.

The rising Japanese star showed patience before she tackled her opponent to the mat and secured an Americana to finish in the opening round in Shanghai, China on Saturday, 15 June.

In her ONE debut, Japanese phenom Itsuki Hirata pulls off a slick submission on Angelie Sabanal! ????????

In her ONE debut, Japanese phenom Itsuki Hirata pulls off a slick submission on Angelie Sabanal! ????????????: Check local listings for global TV broadcast????: Watch on the ONE Super App ????http://bit.ly/ONESuperApp

The Filipina martial artist struck first in this battle of women’s atomweights inside the Baoshan Arena when she called on her Muay Thai experience to land sharp kicks to Hirata’s lead leg. Sabanal also popped out her jab to keep the grappling specialist at bay.

However, “D Explorer” seemed hesitant to fully commit to her strikes and leave herself open for a takedown. Hirata took her time and offered some strikes back, but it was clear that her agenda was to wait for an opening to close the distance.

Halfway through the first stanza, she saw her chance. The 19-year-old ran at Sabanal and put her onto the canvas. 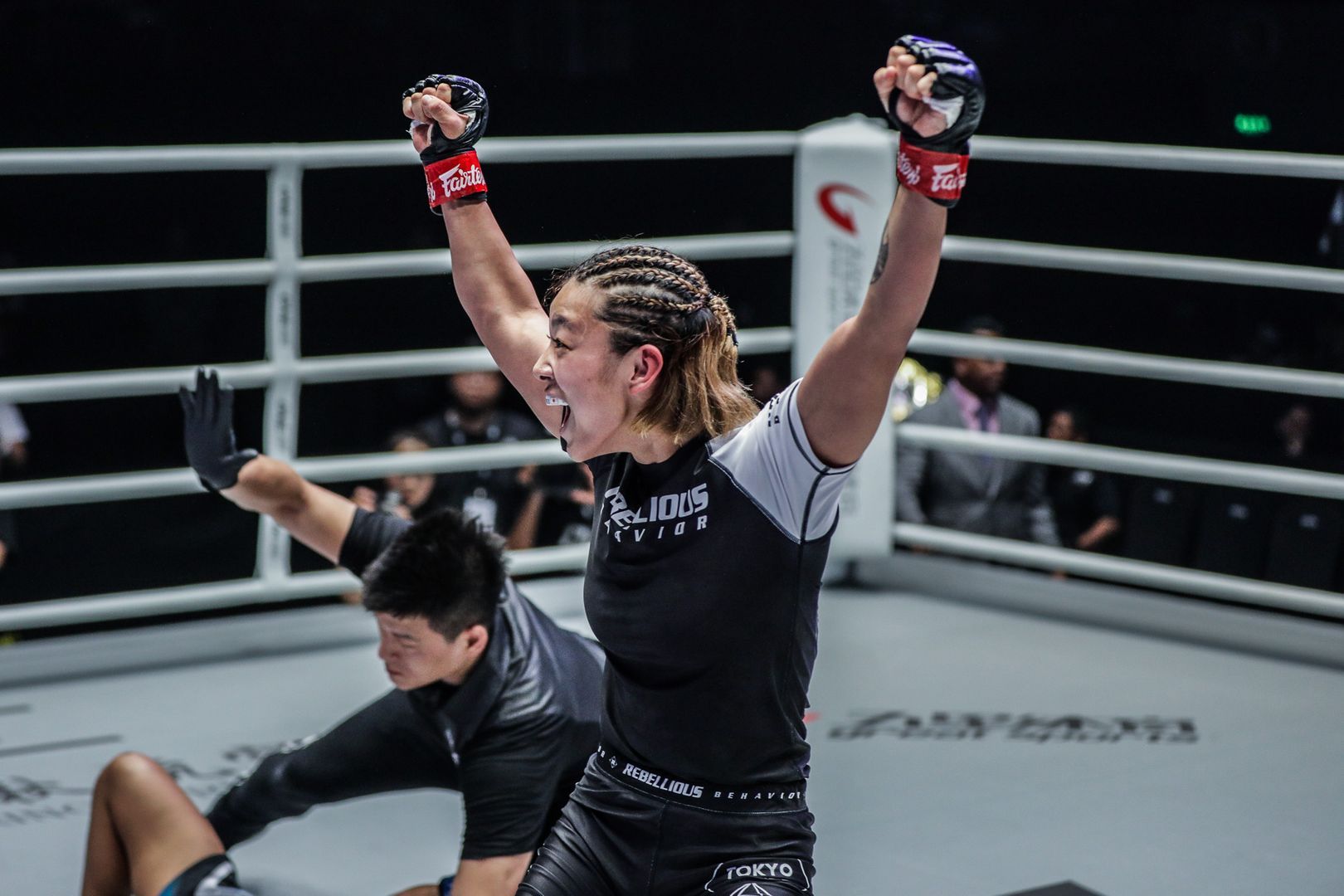 It was one-way traffic on the ground, as “Strong Heart Fighter” immediately passed to side control and then isolated her rival’s right arm. She controlled Sabanal’s head with her legs, and then torqued on the Americana to get the tap with 2:59 on the clock.

After a stellar amateur run where she became the Fighting Agent War Tournament Champion last, Hirata proved she is more than ready for her move up to the professional ranks on the global stage for martial arts.