Jomary “The Zamboanginian Fighter” Torres admits she faces a huge challenge at ONE: FIRE & FURY, but she is confident she can maintain her brilliant record in Manila, Philippines.

Torres feels honored to go to battle against an opponent with experience at the highest level, but that will not stop her from coming out aggressively in search of an important victory. 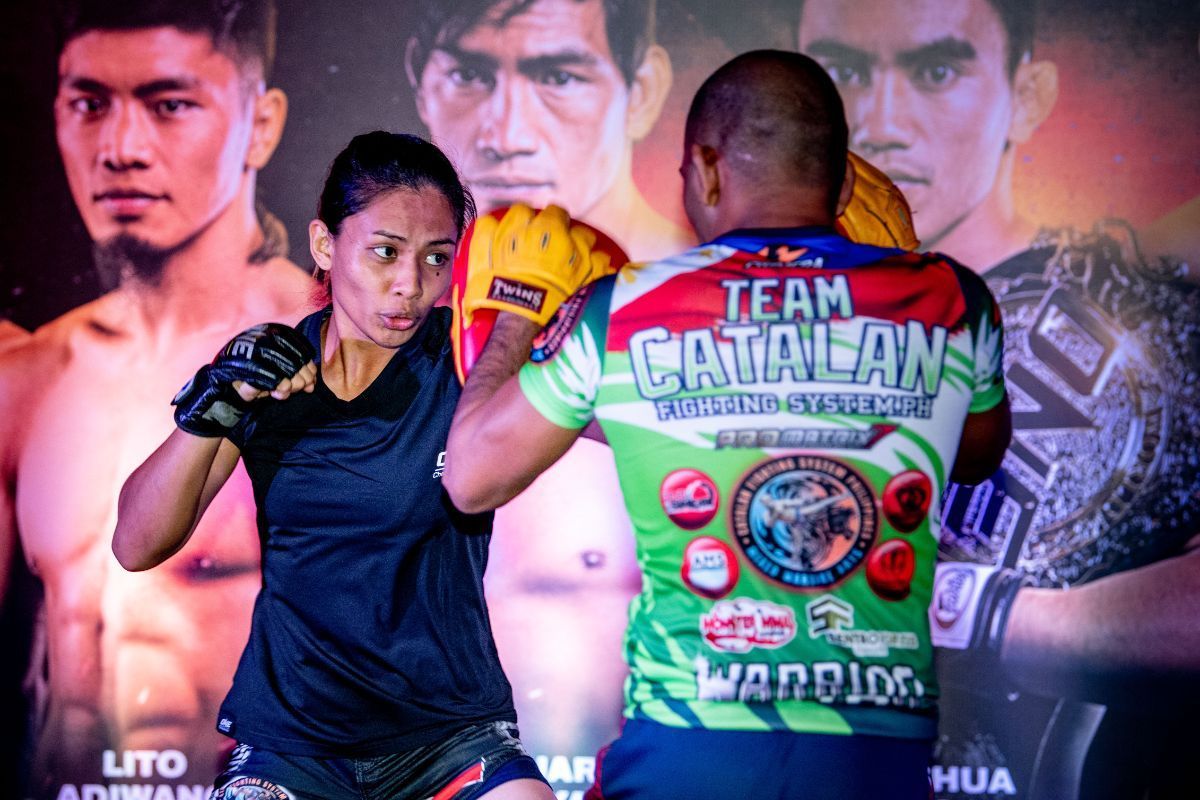 “I’ll show my eagerness to win and prove that I can still hang with a formidable opponent like Huang,” she says.

“I am aware of Huang’s talent and honestly, I don’t see any weakness in her game, but I am confident that I can hang with her in this fight.”

Torres is rightfully wary of Huang’s ground game – she has earned all her victories on the global stage by submission, including the spectacular gogoplata that gave her her nickname and earned her Submission Of The Year 2016 honors.

However, though she has shown great improvements in her striking, “The Zamboanginian Fighter” feels confident her stand-up skills will be her key to victory.

“I’m planning to force her to trade strikes with me, that’s where I feel like I have a bigger chance of winning,” she explains.

“If this match goes to the ground, I’ll just have to find ways to get to a dominant position. It’s not going to be easy. Jenny Huang is a very experienced athlete, but as long as I come in confident and I hear my countrymen cheering for me, I think I can get that win on Friday.”

It is no surprise to hear that Torres is excited to compete at home again because it has been two years since her last appearance under the lights in Manila.

Though she says she is used to getting support wherever she goes, there is no place like home.

“I am really excited to compete in front of Filipinos again. They push me to be at my best. Expect [me] to be really motivated every time I hear my compatriots scream in the arena,” Torres explains.

“There are a lot of Filipinos abroad where I usually compete, but it’s different here. Your friends and family are here to support you and that’s a big help.”

In her last match at the Mall Of Asia Arena, she scored one of the most spectacular knockouts in ONE history when she finished Team Lakay’s April Osenio in just 40 seconds, and that is the kind of performance she wants to replicate.

“I was really motivated during that match because it was the first time I competed in Manila for ONE. I was really eager to win it in front of my countrymen,” she adds.

“That’s the type of motivation that I feel this time. I want to get that elusive win and I want to exceed the performance that I had here two years ago.”

“I won’t allow myself to lose in the Philippines – not in front of my family and friends. I can’t imagine the additional strength that I will get once I hear the cheers of Filipinos in the arena. I will give my all on 31 January and I’ll start the year with a win.”

Read more: How Lito Adiwang’s Homecoming Set Him Up For Breakout Success