On Saturday, 15 June, the Japanese prospect will make her debut at ONE: LEGENDARY QUEST from inside the Baoshan Arena in Shanghai, China.

The 19-year-old Tokyo native is scheduled to collide with Philippine striker Angelie “D Explorer” Sabanal in a women’s atomweight mixed martial arts bout, and she could not be any more excited.

“I love martial arts, and I express myself through them,” she says.

“I’m glad to be representing Japan, and feel honored to compete with the athletes in ONE from all around the world. I’m out for nothing but the win, and to show the world my greatness. The crowd will love it.”

This bout marks the beginning of the teenager’s professional career, but she brings formidable amateur experience to The Home Of Martial Arts.

In late 2018, Hirata participated in season three of Fighting Agent War, an amateur mixed martial arts tournament on AbemaTV. The judo specialist defeated all three of her opponents via submission to win a contract with ONE Championship.

Training under the guidance of former ONE Featherweight World Title challenger and two-division DEEP World Champion Kazunori Yokota at K-Clann, she has developed a more well-rounded skill set in anticipation of her grand premiere.

“Thanks to the boss and head coach at K-Clann, Mr. Yokota, I’ve improved my striking on the feet and on the ground,” she explains. “I have submissions, but I prefer to box and look for the KO.”

That will come in handy when she meets Sabanal.

The 29-year-old is a Philippine national Muay Thai silver medalist who has experienced success in the pro mixed martial arts ranks.

In March 2018, she earned a unanimous decision in her debut to upset Thai superstar Rika “Tiny Doll” Ishige. Then, in her sophomore appearance in November, she dropped a decision to Indonesia’s Priscilla Hertati Lumban Gaol in a competitive three-round affair.

Now, seven months removed from the loss, the Cagayan de Oro City native has sharpened her tools and is confident she will spoil Hirata’s big moment. 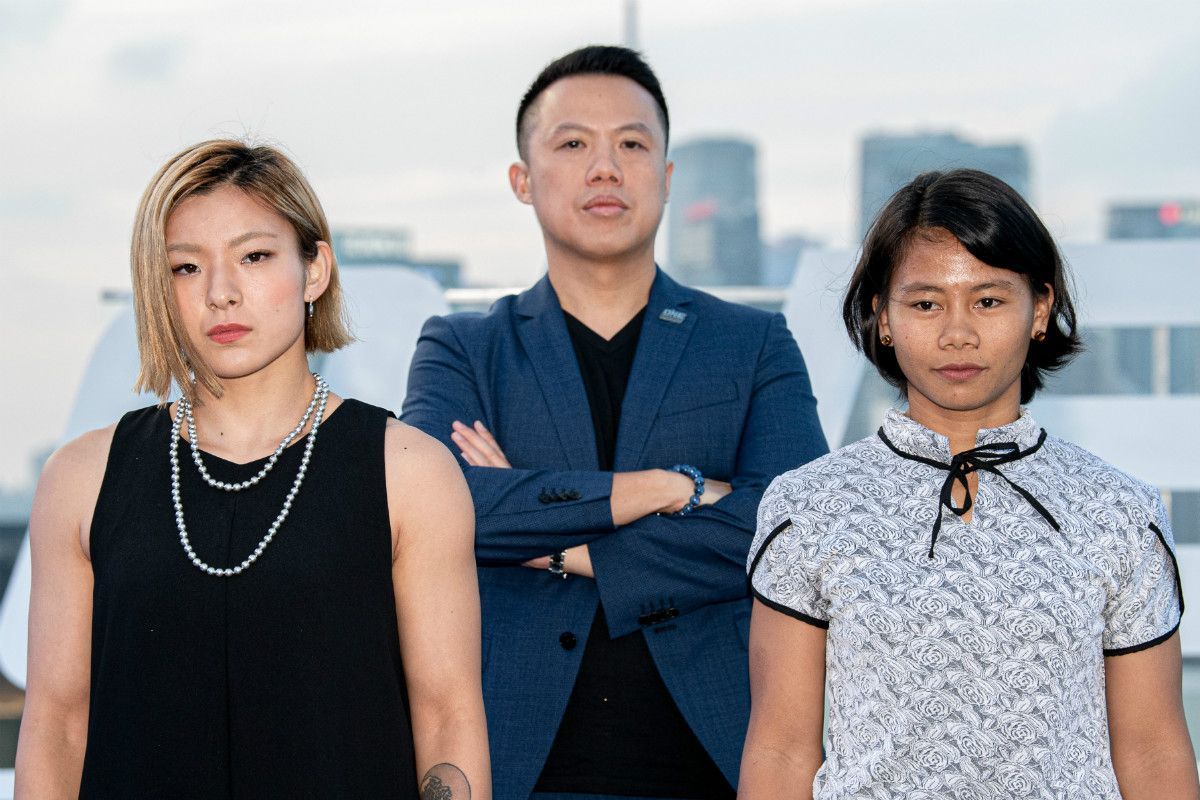 The Japanese debutante, however, seems to disagree.

“I’ve seen her fight clips. She’s obviously a striker. I want to strike, but I also want to take her down and use ground and pound like I have trained. After all, a win is a win, and my debut is important, so I’d be happy with a submission too,” Hirata says.

“If I keep it standing with her, striking is her specialty, so I might take some damage. I have to press the action without backing up. I’m at the gym every day, and this is the most I have ever trained, so I’ll take the win if I do what I have practiced.”

Hirata knows how important first impressions can be. With that in mind, she is determined to make a statement in Shanghai.

“I want to make my name in ONE and show the world a new breed of Japanese fighter,” she adds. “I’m fighting for all the fans. I’m coming out guns blazing, so keep your eyes on me.”