Thanks to his phenomenal form in ONE Championship, the Chinese hero has earned the chance to compete for the inaugural ONE Bantamweight Muay Thai World Title on Saturday, 16 February.

The Mad Muay Thai Gym representative will square off against Nong-O Gaiyanghadao in the main event bout at ONE: CLASH OF LEGENDS at the Impact Arena.

Han reeled off three consecutive victories in the second half of 2018 – the most wins of any ONE Super Series competitor – which put him at the front of the queue to challenge for the World Title.

“I will seize this opportunity to win the gold belt. It is the best reward for all my work,” the 23-year-old says.

The Top King Muay Thai World Champion had made plans for a rare visit back to his homeland for the Chinese New Year, but celebrations have been put on hold as he chases the greatest prize in martial arts.

“When we were talking on the phone, it was like my heart was on a roller coaster,” he recalls of the moment he got the offer from ONE officials.

“He apologized because he had forgotten about it, but I said it was fine because the match is more important.”

Han knows all about the kind of sacrifices that are required to reach the top in martial arts. He toiled for years in Bangkok to reach the pinnacle of Muay Thai, so his decision to miss out on the celebrations and remain in Thailand to train for the biggest match of his career was an easy one.

In Nong-O, he faces one of the most decorated champions ever in the art of eight limbs – a four-division Lumpinee Stadium Muay Thai World Champion, and Rajadamnern Stadium World Champion.

The Thai athlete also has a spotless record in the world’s largest martial arts organization after his outstanding wins against Fabio Pinca and Mehdi Zatout.

The Chinese athlete is motivated even more by the chance to face one of his idols, who looked unstoppable in 2018.

“I’ve heard about Nong-O since I was a kid. He is a legend of the Muay Thai world,” Han says.

“I grew up watching his matches. Naturally, he became one of my idols because I worship all the legendary figures in this field.

“Now, I finally have a chance to fight with him and, even better, I will challenge for the gold belt. This is such an honor for me!” 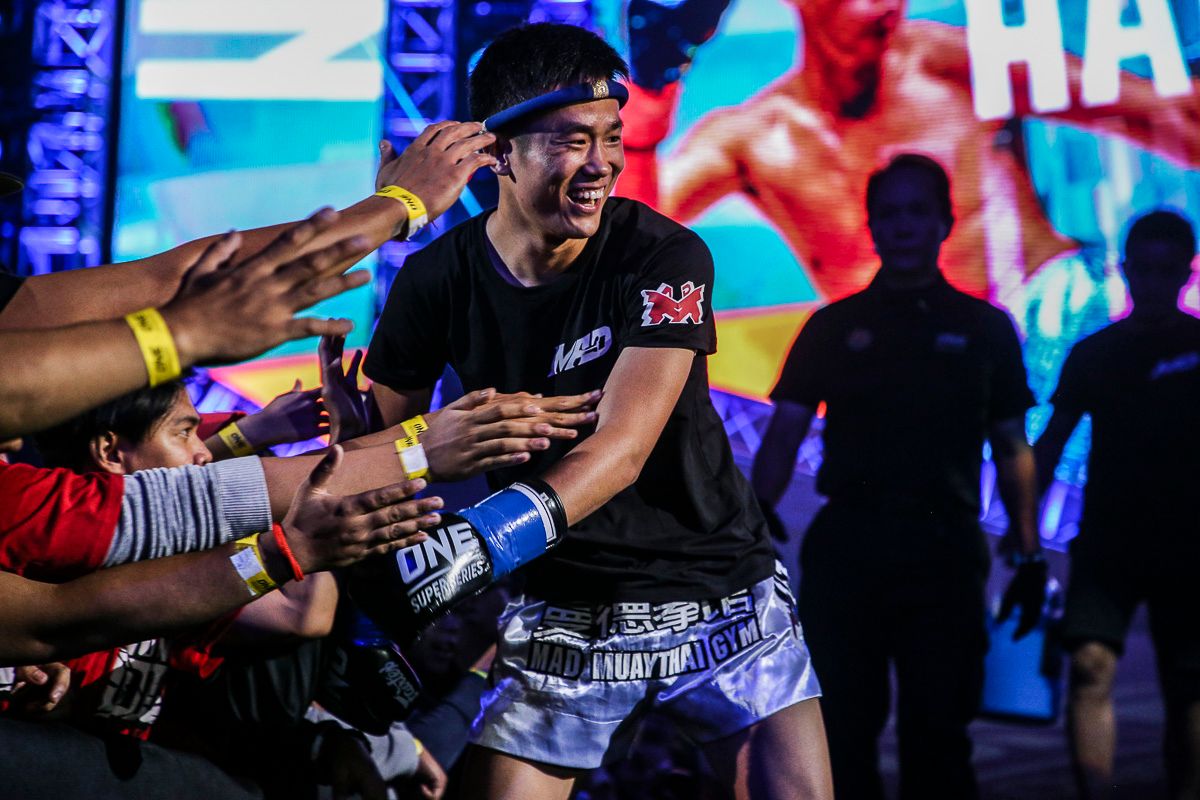 On 16 February, however, Han wants to prove that his dedication to martial arts has elevated him to a point where his idols have become his rivals.

“I have grown stronger, and eventually, I can face him on the same level. I’m proud of myself,” he adds.

The 23-year-old has shown elite-level skills in his four battles in The Home Of Martial Arts to date and, most notably, awesome knockout power.

His last two victories have come by first-round stoppage against Ryan “The Filipino Assassin” Jakiri at ONE: PURSUIT OF GREATNESS and Azwan “N41 Manik Urai” Che Wil at ONE: CONQUEST OF CHAMPIONS.

He hopes his raw strength will be enough to overcome Nong-O’s all-around proficiency in a true clash of styles.

After a stellar 2018, Han Zi Hao gets his shot at ONE Super Series gold on 16 February!

After a stellar 2018, Han Zi Hao gets his shot at ONE Super Series gold on 16 February!Bangkok | 16 February | 7:00PM | LIVE and FREE on the ONE Super App: http://bit.ly/ONESuperApp | TV: Check local listings for global broadcast | Tickets: http://bit.ly/onelegends19

“He is a technical fighter with good defense and attack skills,” says Han.

“This kind of talent is rare even in Thailand, and he is also one of a few widely acknowledged champions – a true hero of Muay Thai.

“When I face Nong-O, my height will be a great advantage. The explosive power and accuracy of my punches are better than his. I will do my best and try to finish him by KO within five rounds.

“I will focus on improving the explosive power of my punches and kicks, especially my heavy punch. I hope to finish him with this move, so the result is indisputable.”

Han knows his key to victory will be to respect his opponent, but not be over-awed by him.

The Bangkok native’s dynamite fists can be a great equalizer against Nong-O’s experience as a World Champion in the sport’s most prestigious arenas.

He is younger, hungry to prove himself, and believes it is his time to write his name into the history books.

“I admire and respect you very much, but I have to point out that your era is about to end,” Han warns Nong-O.

“I will take your place and be the new legend of Muay Thai.”