Two of the very best Muay Thai World Champions went head to head at ONE: HEROES OF HONOR on Friday, 20 April. Thai legend Nong-O Gaiyanghadao traded leather with French star Fabio Pinca in a thrilling back-and-forth contest at the Mall of Asia Arena in Manila, Philippines.

It was a strategic battle between two warriors who have truly mastered ‘the art of eight limbs,’ but it was Gaiyanghadao who pulled away with the unanimous decision victory.

Gaiyanghadao, a five-division Lumpinee and Rajadamnern Stadium Muay Thai World Champion out of Evolve MMA, showed absolutely no nerves whatsoever in his promotional debut. He set about the task of imposing his powerful strikes on Pinca, barely missing the Frenchman’s chin by millimeters with a lightning-fast head kick in the early exchanges.

However, despite the Thai’s credentials, Pinca traded strikes on equal terms. 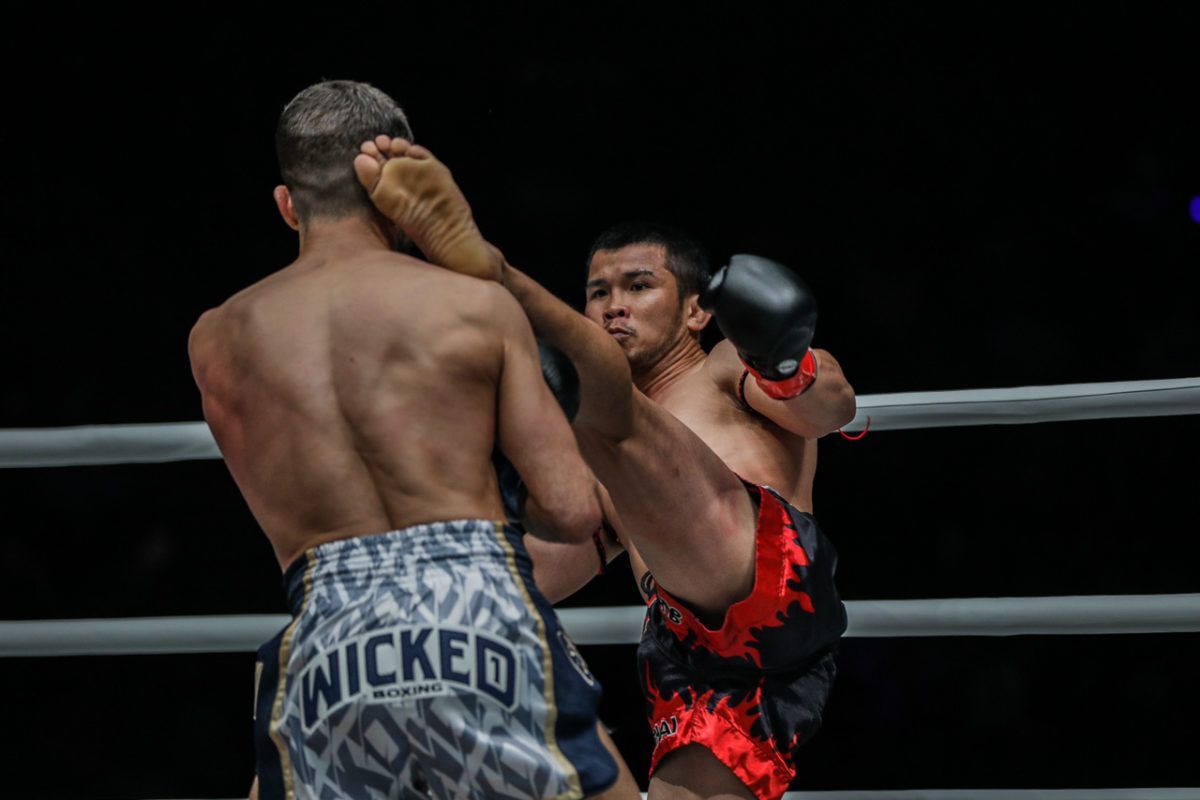 The Frenchman, who is himself a WBC and Radjamnern Stadium World Champion, refused to be intimidated by his legendary opponent. He maintained his composure, despite the Thai repeatedly landing and sending him to the canvas twice with a pair of beautiful leg sweeps.

Pinca came out in the second round looking to push the pace on his more experienced opponent. While his aggression was certainly effective, Gaiyanghadao counter-attacked well with his back against the ropes, and scored with some punishing body kicks.

By the halfway point of the stanza, however, Pinca had found his groove, and started to put some flashy combinations together. He connected with some powerful punches through the guard, and finished with heavy kicks as he started to use his size advantage to his benefit. 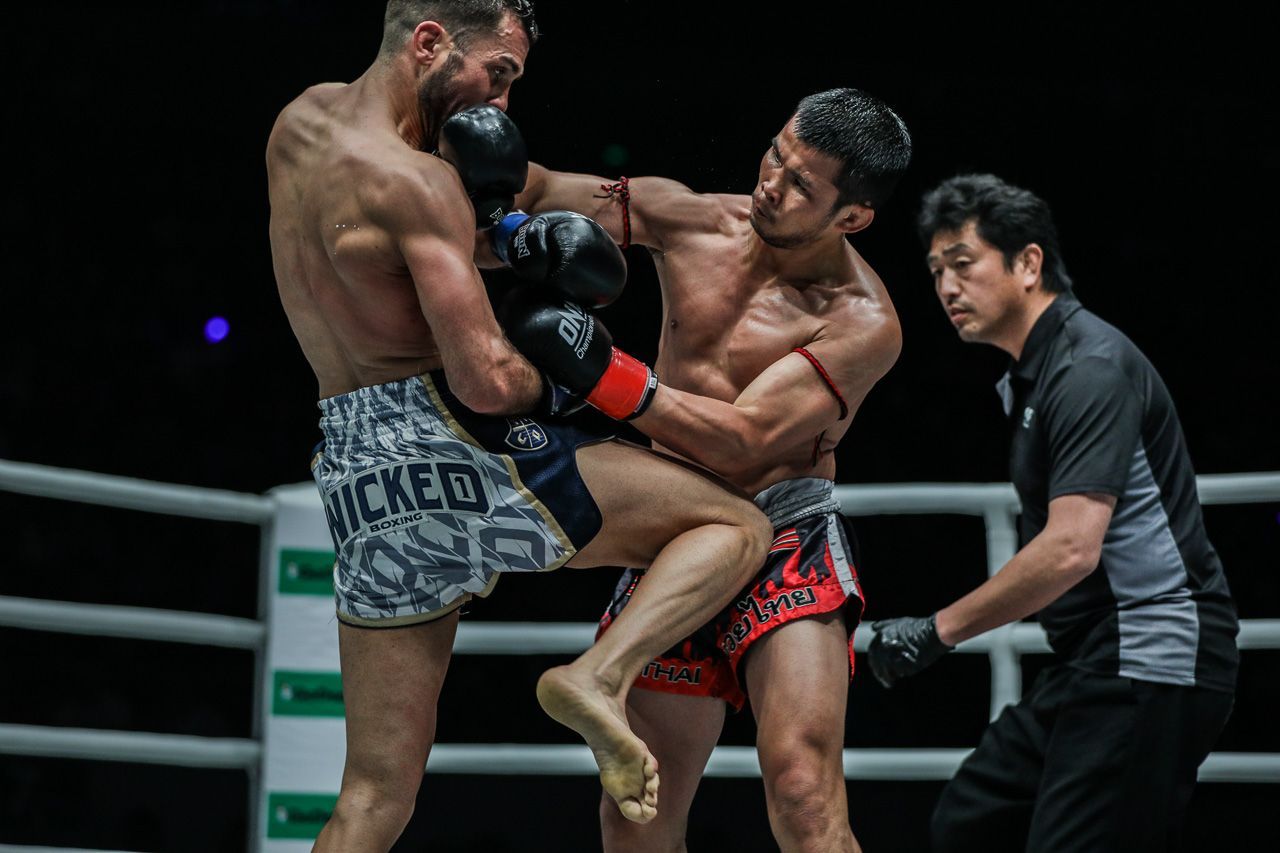 Just as the Frenchman found success with his combinations, Gaiyanghadao came firing back with powerful strikes of his own.

Each man came out in the third, and final, round looking to make a statement and secure the win.

Pinca pushed the pace early, but Gaiyanghadao tripped him again. That did not deter the Frenchman, however, as ended the bout as the aggressor. He pushed the Thai against the ropes, and looked to land clean shots at the final bell, but the Thai countered effectively.

It all came down to the judges’ scorecards, and when the scores were tallied, the judges ruled in favor of Gaiyanghadao. The win elevates his astonishing record to 256-54-1, and leaves Pinca still searching for his 100th win.