Han Zi Hao (58-15) has captivated audiences ever since joining ONE Super Series three months ago.

The Chinese striker has displayed his immense talent in a pair of exciting battles, particularly during his domination of Stergos “Greek Dynamite” Mikkios in a compelling three-round encounter.

Ahead of the 23-year-old’s third promotional outing against Ryan “The Filipino Assassin” Jakiri (9-3) at ONE: PURSUIT OF GREATNESS in Yangon, Myanmar, fans have become quite familiar with the all-action style he brings to the ring.

However, there is still a lot to learn about the Top King Muay Thai World Champion before he enters the Thuwunna Indoor Stadium for his bantamweight kickboxing clash on Friday, 26 October. 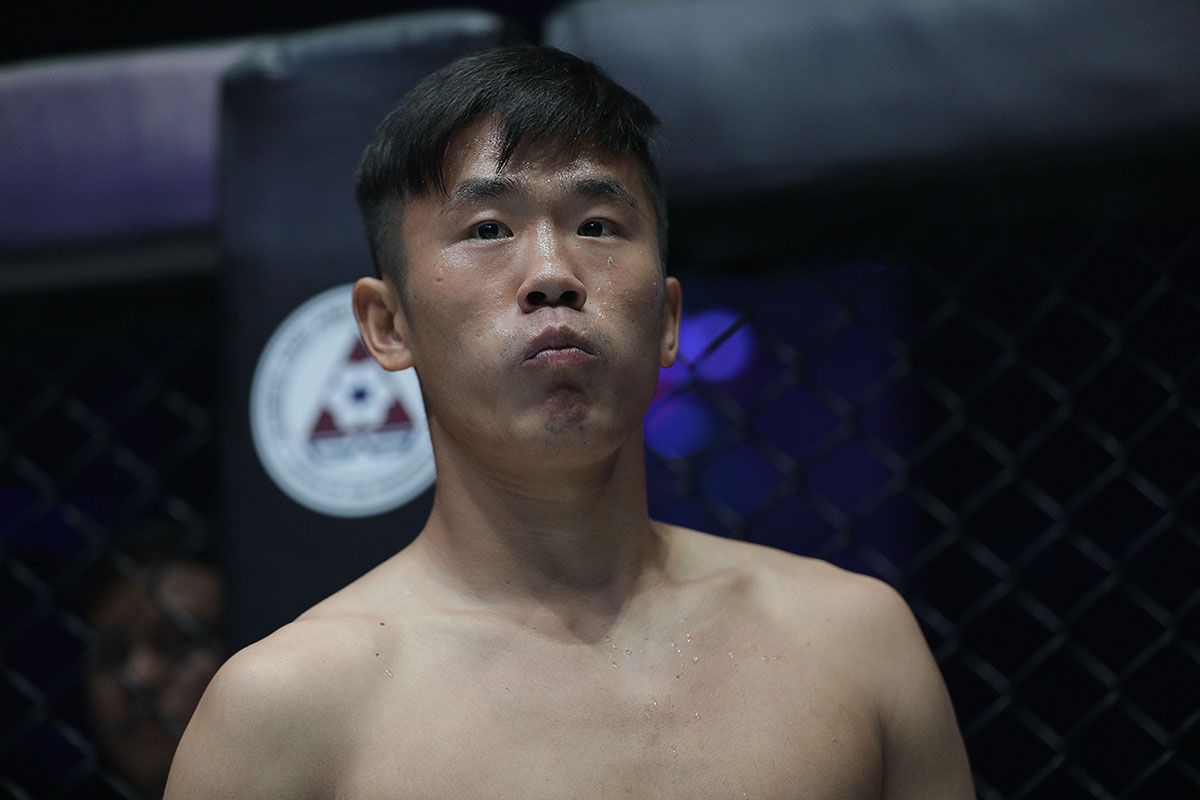 In the vast Chinese expanse, the place Han calls home is a small town named Lizhai, which is located in the central province of Henan.

Han’s mother and father worked long hours and, as an only child until his younger brother arrived just six years ago, he did not like the loneliness.

“I didn’t like to stay at home much when I was young. My parents worked all day, and I didn’t see them often,” he explains.

“I spent most of my time running to my grandparents’ house after school because they were always there waiting for me with their smiles, as well as delicious food.”

However, his need for attention, stemming from a lack of it from his own parents, meant Han was prone to acting out.

“I was very naughty,” he admits. “In order to get adults to pay more attention to me, I did naughty things.”

Han also faced more difficulty when the family moved to the city. He was bullied in his new school and found it hard to concentrate on his education, and subsequently struggled with his grades.

The Light In The Dark

When he was a child, Han recalls his father watching Wu Lin Feng, a Chinese martial arts promotion that aired on Henan Television. This piqued his interest in combat sports.

The youngster was without too many other prospects due to his limited success academically, and the bullying he had endured made him eager to learn self-defense.

“At the time, I worshipped the athletes I saw standing on that stage,” he admits.

“Plus, my school scores were so bad, I just decided to go to a martial arts school, and I thought of a future where I would not let people bully me.”

Han began his martial arts training with sanda at the age of 12. Two years later, after seeing the explosive Thai athletes competing in K-1, he made the switch to Muay Thai.

It was the perfect fit. He was a natural and instantly garnered praise — a rarity in his young life — from his coaches.

“The first time I practiced Thai boxing, I didn’t have too much difficulty because of the basic skills I already had. I adapted my skills in a few months,” he explains.

“My Thai boxing coach asked me to do something, and I did it – it wasn’t difficult. Maybe there was a talent for Muay Thai there, and I improved quickly.”

Han loved the sport so much, he traveled to Thailand a year later and made Bangkok his permanent home. The level of coaching and opportunities for an aspiring Muay Thai athlete are unrivaled anywhere else in the world.

In the beginning, he slept on the gym mats and survived on meager portions of rice, with only his desire to succeed fueling him through hard training sessions.

A Lonely Road To The Top 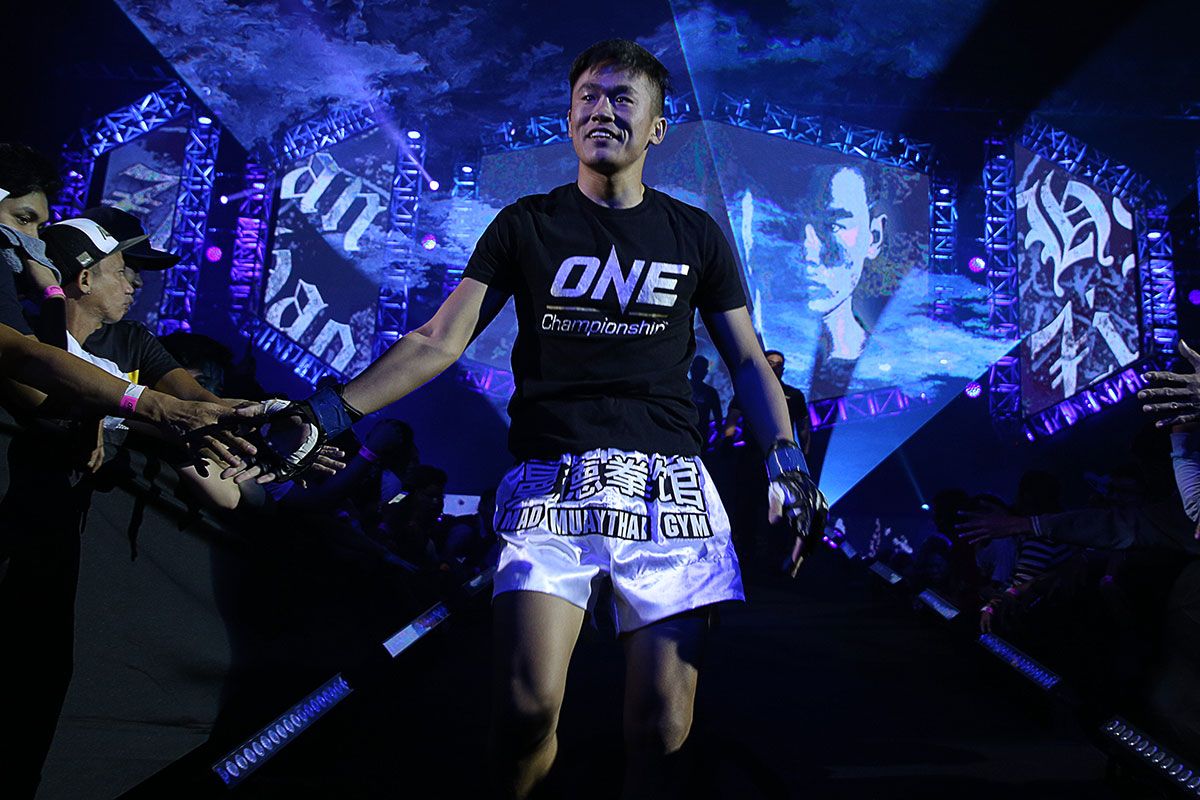 After his troubles in his youth, Muay Thai was the first thing Han committed himself to. The sport gave him a self-confidence he never had before.

However, life for a burgeoning martial artist trying to establish himself is not easy, especially when living far away from family.

“The most difficult thing is persevering over the years,” he says. “It requires a lot of willpower.”

The hard training combined with boredom, loneliness, and a low income took its toll.

At times, he was on the brink of quitting, but his will to succeed made him find the motivation to overcome his doubts.

“There were times when I have been depressed and not wanted to do anything, but I just did my best to take care of myself, even though I didn’t really know how,” he explains.

“I said to myself, ‘If you don’t want to be strong, just go home and stop practicing.’ I encouraged myself and backed myself because sometimes the boring life made me lose my spirit.”

From The Gym Floor To Sold-Out Arenas

Shortly after arriving in Bangkok to chase his dream, Han was pushed straight into professional contests so he could earn money to make a living. He competed against men twice his age for purses that would pay the bills.

The Chinese striker’s heart was never in question, and he did not back down from facing some elite competition. Each of his contests helped to build his resilience and forge him into a world-class striker. He even claimed a Top King Muay Thai World Title.

Also, he made history in July when he became China’s first athlete to compete in ONE Super Series.

Now he is accomplishing his goals and is determined to make the most of his opportunities, and his victory against Mikkios showcased what he is capable of.

This coming Friday, Han will return to the ring when he meets Jakiri at ONE: PURSUIT OF GREATNESS.

A victory at the Thuwunna Indoor Stadium will bring him closer to his goal of competing for a ONE World Title, but that will only be possible if he continues to develop as a top-class martial artist.

“I want to make myself better and stronger through ONE’s international stage,” he says. “I just want to defeat Jakiri and defend my honor.”