“Dynamite” Eko Roni Saputra said he hoped to showcase his striking repertoire at ONE: BATTLEGROUND II in Singapore. Ultimately, he accomplished that goal – and much more.

On Friday, 13 August, the Indonesian rising star punched his way into the record books when he knocked out Chinese rival Liu Peng Shuai with an overhand right in just 10 seconds.

With his stunning victory, “Dynamite” earned both the fastest KO and the fastest finish in the history of ONE Championship’s flyweight mixed martial arts division. 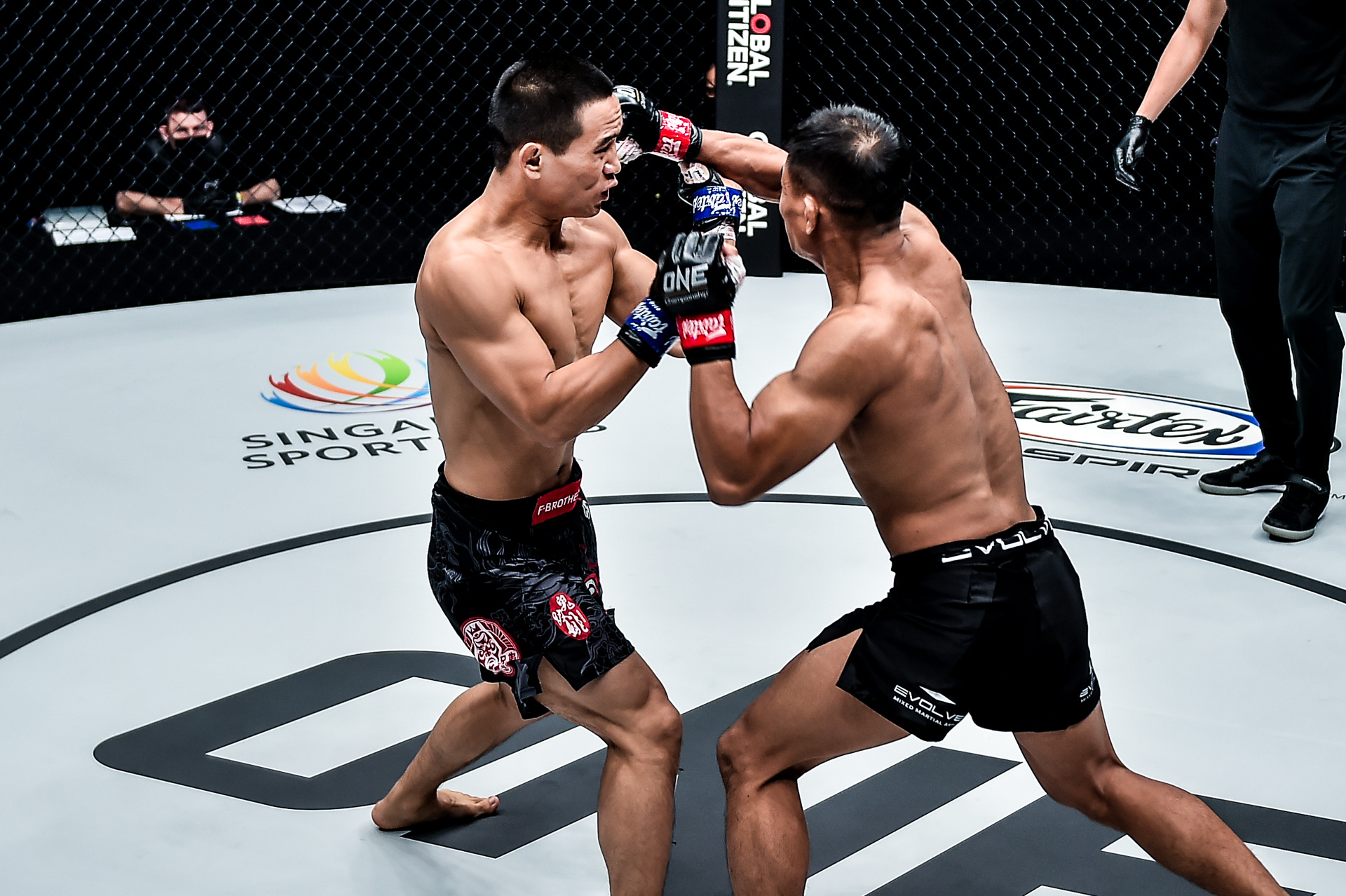 Saputra, a multiple-time Indonesian Wrestling Champion, had previously used his elite grappling to dominate opponents and win four straight fights, but he was determined to prove his stand-up arsenal was just as lethal.

Following a touch of the gloves, Liu made the first move at the Singapore Indoor Stadium. The Chinese southpaw pumped out his jab and then fired a left cross, but the Evolve representative backed away.

Liu continued to threaten with his boxing, as he threw a looping right hook and swung another left cross in his adversary’s direction. But again, the Indonesian phenom wisely dodged the incoming shots.

And then — living up to his nickname — “Dynamite” exploded.

Saputra gauged the distance with his left hand, leaned forward, and connected with a right hook and a short left, which caused the Chinese athlete to take a few steps back.

And as Liu tried to reset, the Indonesian sprung forward to meet him. Just as his opponent whipped a kick, Saputra threw a rocket of an overhand right that landed squarely on Liu’s chin and instantly turned off his lights. 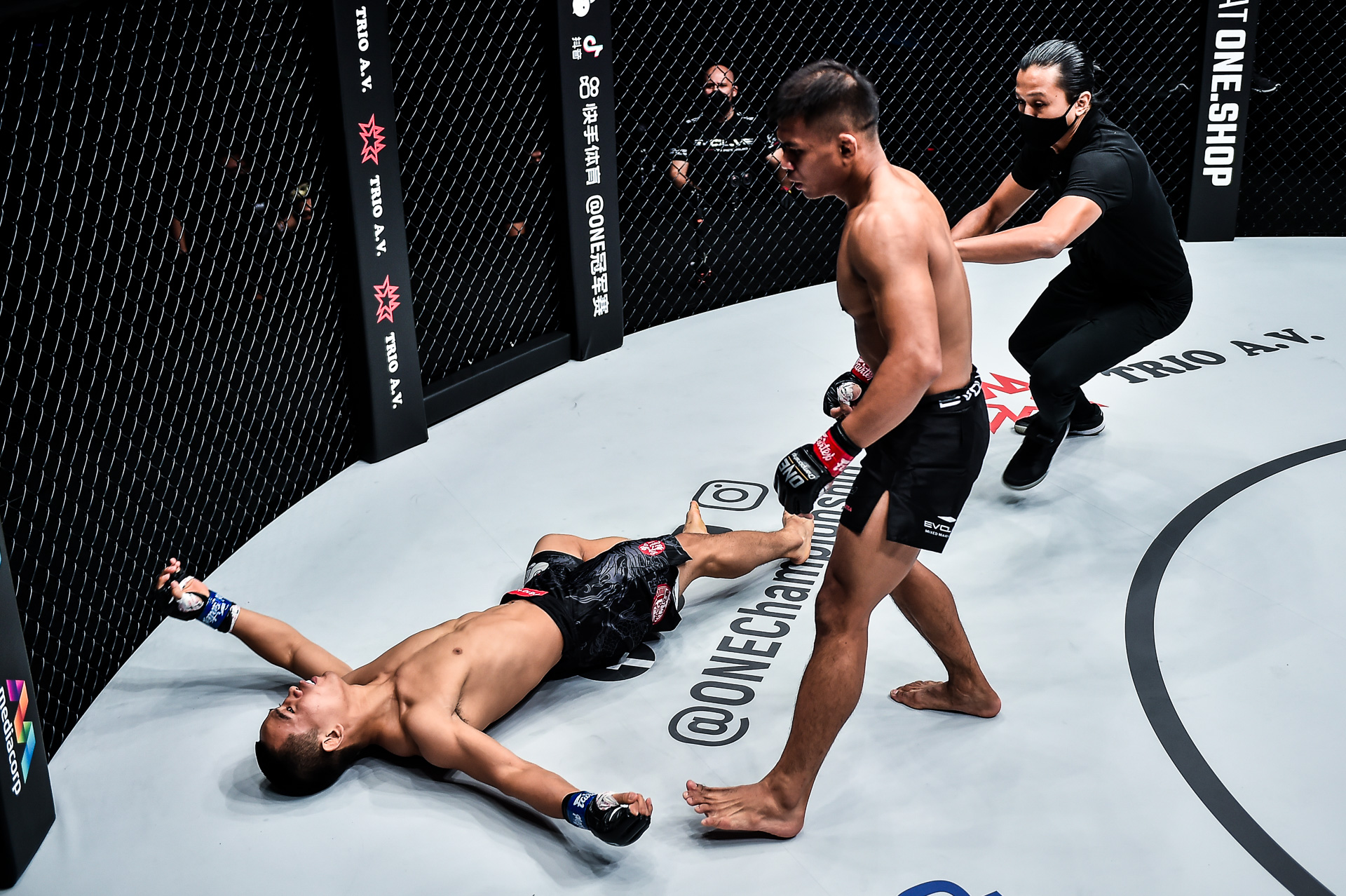 Besides claiming two divisional honors, Saputra moved his professional record to 5-1 and earned his fifth consecutive first-round victory in ONE Championship.

In the process, “Dynamite” continued his meteoric rise in the promotion and took a step closer to challenging the two flyweight stars he previously called out: Cambodian Kun Khmer warrior Chan Rothana and Canadian-Indian dynamo Gurdarshan “Saint Lion” Mangat.