The multiple-time national wrestling champion will make his ONE Championship debut in Manila, Philippines in a strawweight bout against Niko Soe that looks set to capture the imagination of his countrymen.

Though the man from Samarinda, East Kalimantan may be taking on his first professional bout at the Mall Of Asia Arena, he believes he has the skills, and the determination to succeed on the global stage for martial arts.

Saputra made the shift from wrestling to mixed martial arts less than a year ago, after he was recruited by the team at Evolve after his campaign at the Asian Games in Jakarta.

The 27-year-old athlete, who also has experience in boxing, quickly moved to “The Lion City” with his wife and baby son to begin training for his new sport.

He says his multi-disciplined background has allowed him to hit the ground running among the plethora of World Champions at the Singaporean gym.

“I personally did not believe it until I set my foot there,” he says.

“Almost everyone has a World Title, and the best thing was they gave me lots of new insights. The likes of Alex Silva and others have provided me with great techniques that I have implemented.

“I guess those two disciplines have made me a good martial artist, as they allow me to shift well into mixed martial arts. I am now adding to my arsenal with the basics of Brazilian Jiu-jitsu with my teammates at Evolve.” 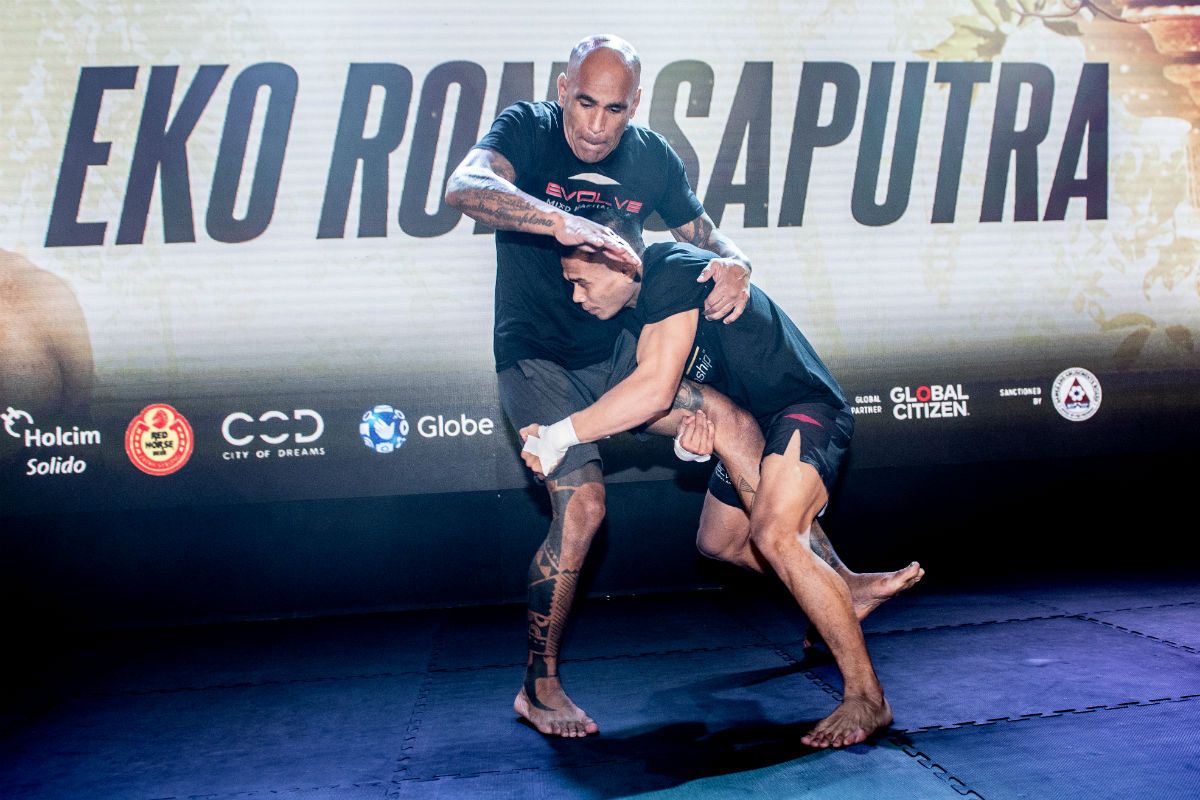 Saputra will need to be well-prepared to defeat his opponent, who already has four mixed martial arts contests under his belt, including a 77-second submission victory in his ONE debut.

The Indonesian recognizes his rival has the experience advantage, but he will make up for it in other ways.

“He is definitely more experienced, as he has won three out of his four bouts in mixed martial arts,” he says.

“I might be the new guy, but I will focus and measure my moves, and I will not attack without calculating every move.

“I think I will have the upper hand in takedowns and my ground game, so when there is a chance for submission, I will definitely take it.” Saputra is also wary of Soe’s skills in Muay Thai, so he will follow the strategy given to him by his team – including Evolve head coach Eduardo Pamplona – to make sure he stays safe and can put himself in a position to finish.

However, although he plans to exercise some caution as a newcomer, he is not ruling out a quick, highlight-reel ending to the bout.

“If I can win in the first round, why not? I want to give the best for my country,” he says.

As long as he gets his hand raised, Saputra will be happy. He recognizes his first few outings at the highest level of martial arts will be a learning process, but that has not stopped him from dreaming big.

Having struggled for so long to make ends meet as an athlete, he is determined to succeed as a professional, and make his countrymen proud by going all the way to the top.

“I just want to represent Indonesia on the global scene,” he says with great excitement.

“I want to be the next World Champion. I am motivated by my friends in Evolve, as most of them hold World Titles. I hope my training sessions with them will also allow me to gain the skills needed to win a belt.

“With my experience in representing Indonesia, I want to give my nation a World Title, and ultimately the best in this industry.”