Indonesian fans will be on the edge of their seats when one of their most talented martial artists makes his ONE Championship debut in Manila, Philippines.

Multiple time national wrestling champion and SEA Games silver medallist Eko Roni Saputra has excelled on the mats, and now he will take his talents to The Home Of Martial Arts in search of glory at the highest level.

The 27-year-old has come from humble beginnings in Borneo to emerge as one of his nation’s best hopes for success on the global stage for martial arts, and he will get his first chance to show that when he takes on Singapore’s Niko Soe at ONE: ROOTS OF HONOR

Despite what his most impressive credentials suggest, Saputra made the transition to his new sport armed with more than just wrestling skills.

He was introduced to martial arts through his father – a former boxer who became a coach after his fish-trading business went bankrupt in Samarinda, East Kalimantan.

As soon as Saputra Jr. got a taste for competition, he was propelled down a path to athletic success in multiple disciplines.

“Since I was little, I always followed [my father] wherever he went to train these boxers,” he says.

“For me, becoming a martial artist was a way to escape from poverty. At first, I started learning boxing, and I was an undefeated champion during my elementary school days.

“When I was 13 years old, I switched to wrestling because my father said there was a greater opportunity to become a national champion. At first, I despised it, but I became accustomed to it and started to enjoy the process.” 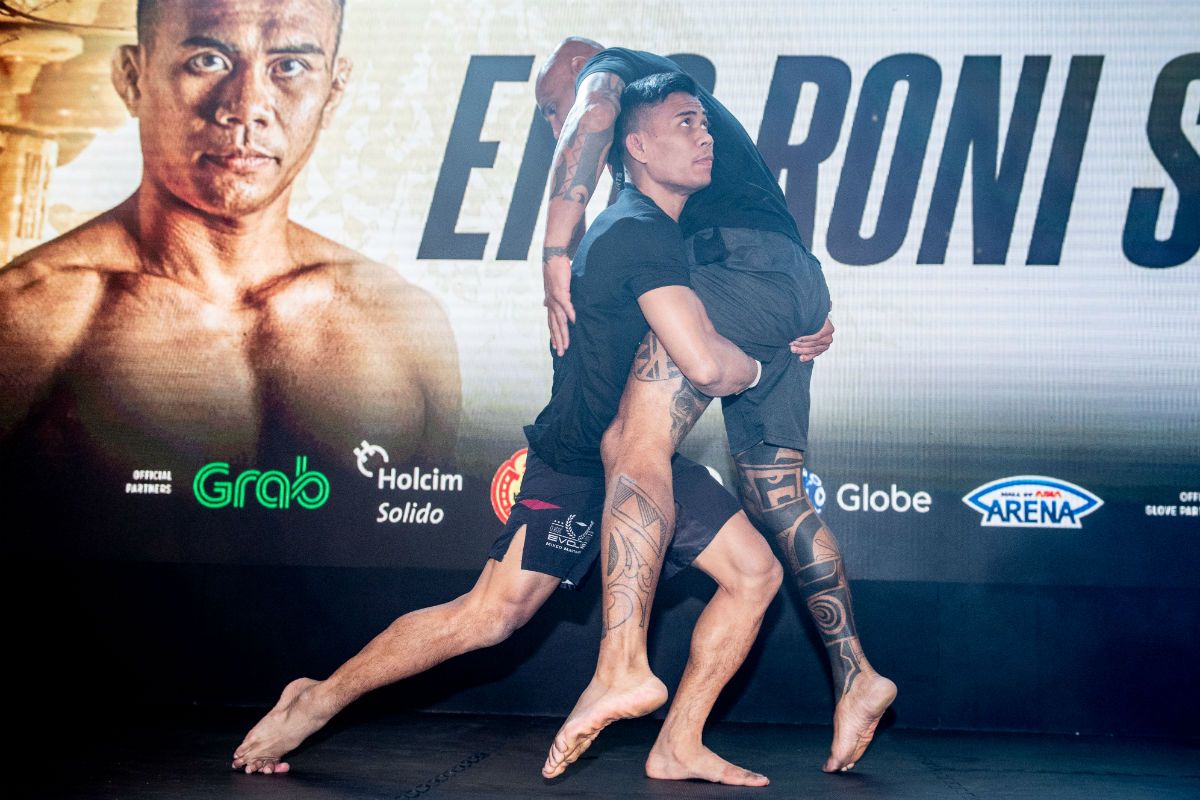 Saputra was committed to becoming a success and dedicated his life to training.

However, that was not an easy task for him. Though his family and friends helped to support his dream however they could, he faced many obstacles – many of them related to his lack of money.

Even getting to practice sessions was sometimes hard, but the flyweight prospect kept his head down, and did what he had to do to progress.

“At the time, my training camp was quite far from where I lived – around five to six kilometers away,” he remembers.

“I often had to walk back and forth, from my home to the gym because my father had no vehicles to take me there. Sometimes, I also joined those who had a car or motorcycle.

“Our financial situation at the time was very limited. The athletes in East Kalimantan had no organizational support. If we traveled for a tournament, we had to stay in a place without any training facilities, and we had to eat what we could find.

“Nevertheless, I focused on developing and motivating myself. I had to work hard to have a good life.”

Saputra’s dedication paid off, and he was soon representing his homeland in international tournaments including the SEA Games – in which he earned a place on the podium on two occasions – and the Asian Games.

His success attracted the attention of one of the powerhouse names of the martial arts world – Evolve, which was on the lookout for top-class athletes to join its competition team.

Shortly after the Asian Games in Jakarta last year, Saputra moved his wife, Nurdila Agusta, and baby son to Singapore, where he began his preparation to make his professional debut in The Home Of Martial Arts.

So far, he says nothing could have been better.

“I have a good foundation of boxing, and now I have experienced practicing other disciplines during my time in Singapore. My transition was smooth because I felt like I was in a perfect environment,” he explains.

“It has been seven months since I joined Evolve – an organization filled with World Champions. I feel very challenged. I joined all available sessions – Brazilian Jiu-Jitsu, kickboxing, Muay Thai and grappling – where every class has its own instructors who became my role models.” 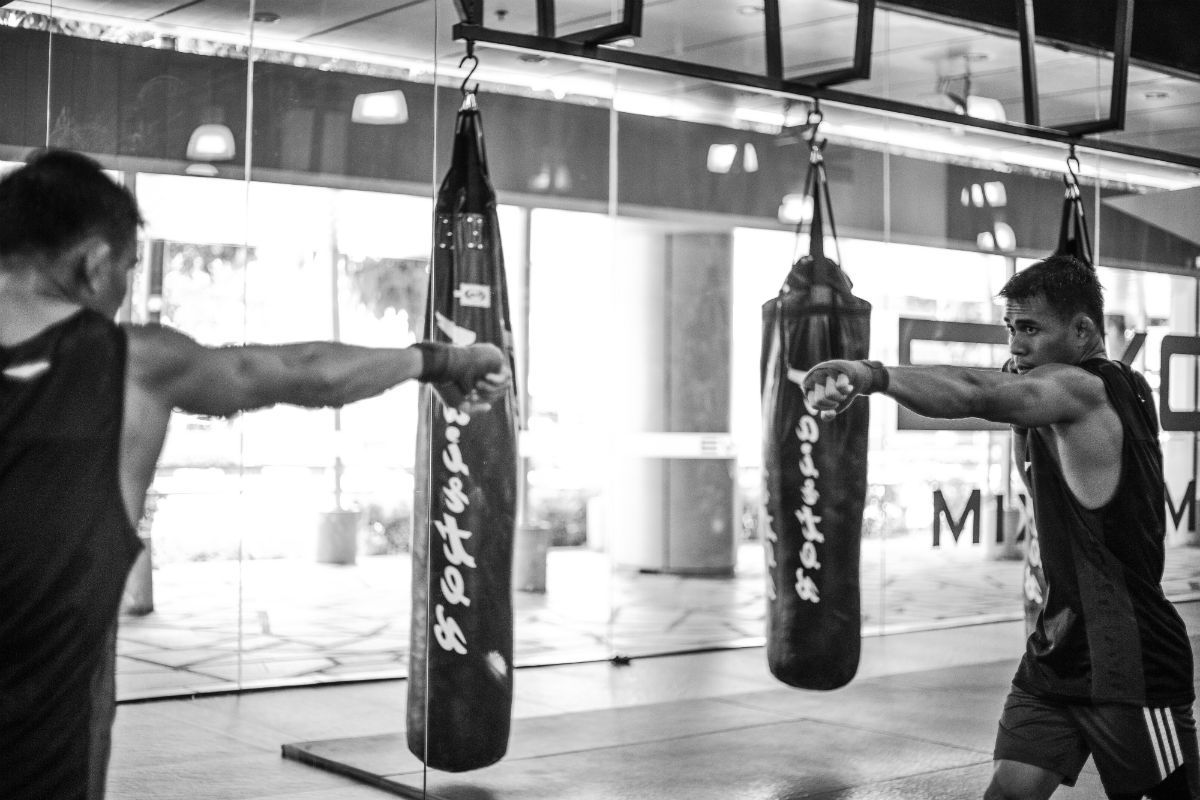 Saputra has come a long way – from scraping by as a national athlete to getting a golden opportunity to secure his future as a member of the ONE roster with backing from one of the world’s elite training facilities.

However, he needs to do the business under the lights – starting at ONE: ROOTS OF HONOR.

His coaches’ and his country’s expectations are high, despite his inexperience in mixed martial arts, so despite his competition experience, Saputra admits to feeling some anxiety ahead of his first contest on a whole new level against Soe.

“Although I have sparred and represented Indonesia in various [wrestling] tournaments, I am still nervous since I am a newcomer in the world of mixed martial arts,” he adds.

“Mentally, I am prepared, but the fear of facing a more experienced athlete still lingers, since this is a whole new world for me.”

However, his seasoning in wrestling has taught him how to channel that nervous energy, and he is confident he can focus on getting the job done to make everyone who supports him proud this Friday.

“I know what I need to do, which is to control my own fear,” Saputra says.

“I am 100 percent prepared. I am ready to put everything on the line to achieve greatness, and I am prepared to go further as I have arrived at this stage of life.

“I am still representing Indonesia, and I wish to prove that I have what it takes to bring a World Title for my country.”