Daniel “The Rock” Dawson believes he is finding his stride as a world-class kickboxer again following his three-round thriller with Brown Pinas at ONE: ENTER THE DRAGON.

The Aussie veteran claimed a split decision in the ONE Featherweight Kickboxing World Grand Prix alternate bout on 17 May in Singapore to show he will give any of the semifinalists a tough match if he gets the chance to step into the tournament bracket.

“I really enjoyed the fight – it was challenging because of Brown’s height and his reach, he also had very good knees, so there were some good challenges in the fight which made it really exciting,” says Dawson.

“It was an action-packed fight and a good showing from both of us. We both showed a lot of grit and a lot of toughness with some good hard shots, and I think we put on a bit of a show for the crowd.

“In the last seven years, I’ve only had three fights with the legs – Muay Thai or kickboxing – so I’m still getting the rhythm with putting my punches and kicks together, too. When that fight finished I felt like, ‘Okay, now I can see things are gonna flow out for the next one!’”

“The Rock” had focused on his boxing career in recent years and made history when he became the first ever boxing, kickboxing, and Muay Thai World Champion.

However, he went back to his roots when he joined ONE Championship. His promotional debut against Mustapha “Dynamite” Haida was ONE Super Series Bout Of The Year for 2018, and his return to the ring was another all-action affair. 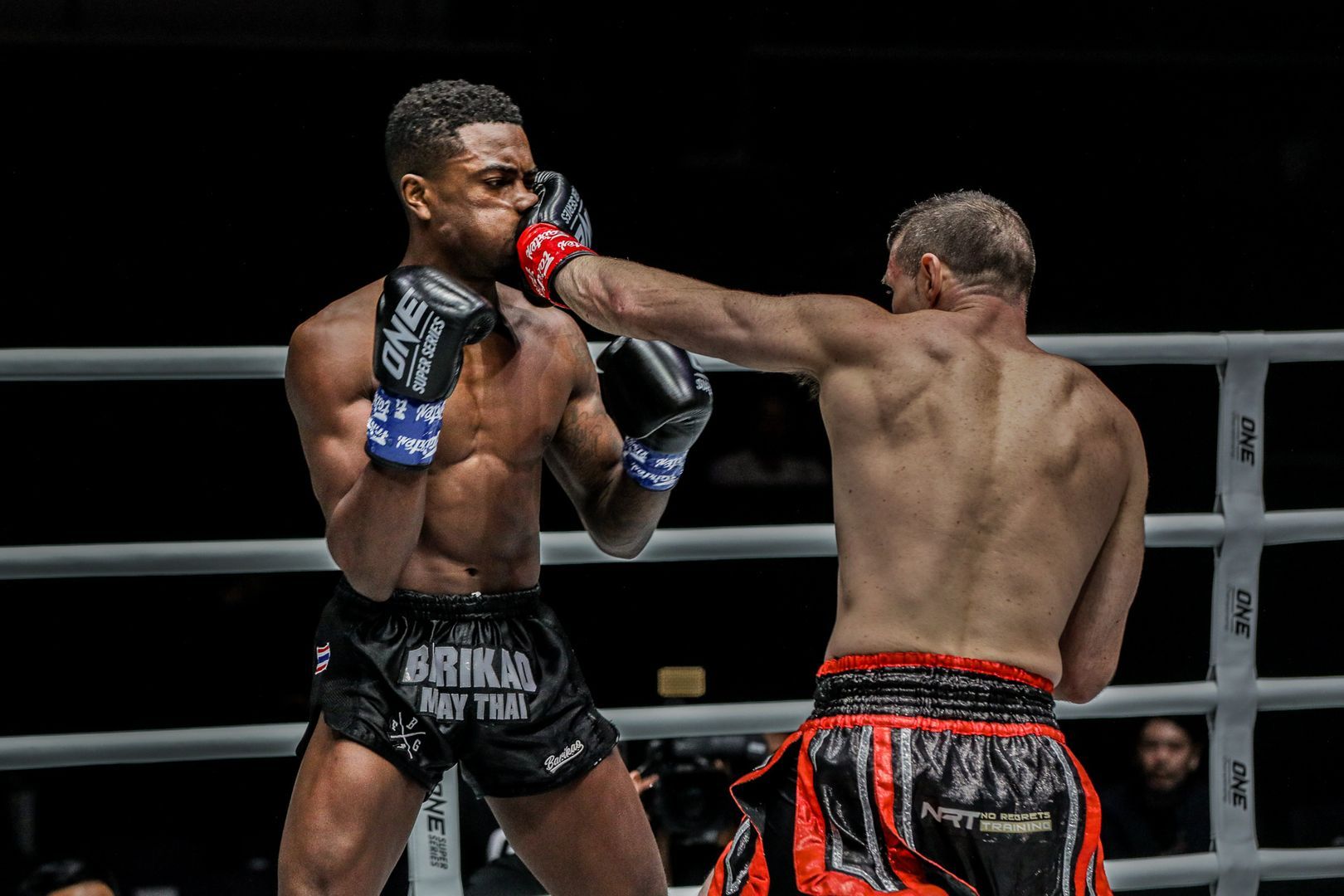 The Perth native’s boxing repertoire came to the fore as he landed damaging punches to the head and body, which went a long way toward earning two of the three judges’ favor, but ONE Super Series has rekindled his fire for competition with a full complement of techniques, and his kicks were on point as well.

“I can sum this up in one word for you – love,” Dawson notes about his return to the sport.

“I started with Muay Thai when I was 15, and it was the first competitive ring sport that I did. Boxing was always such a great challenge to me, and I loved it, but it couldn’t compete with Muay Thai.”

He was also enthused by the opportunity to win an alternate spot in the groundbreaking ONE Featherweight Kickboxing World Grand Prix, but the 41-year-old’s main motivation was working on himself.

He returned to the gym in earnest after his ONE debut, and vowed to come back better and stronger. The result was his fantastic display of offensive striking at ONE: ENTER THE DRAGON. 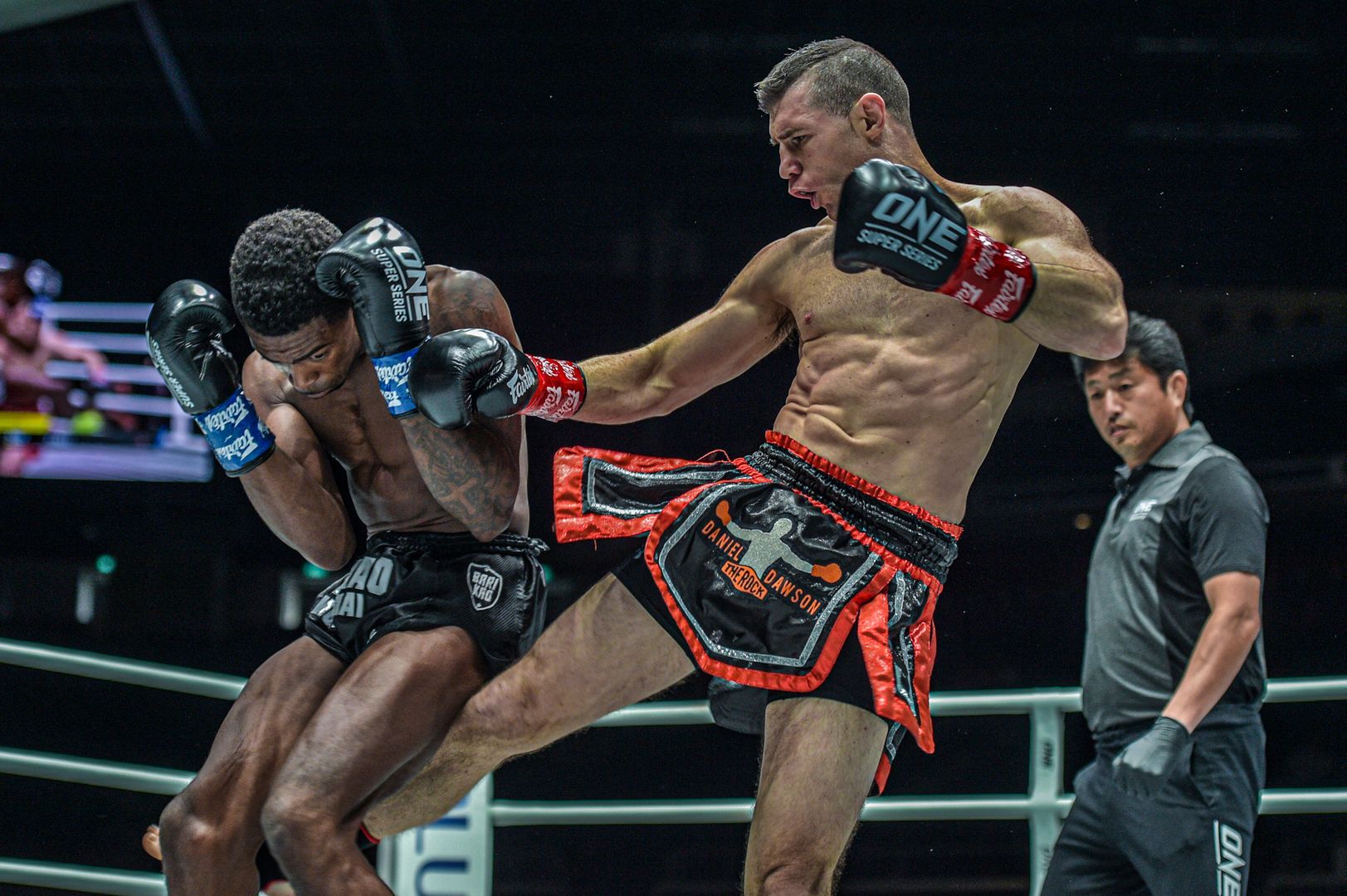 “I have a lot to focus on now like my family and my business, so my focus was not just winning, it was on being the best version of myself in that ring,” he adds.

“I focused solely on being the best I could be at that time with that preparation and against that opponent, so it was an interesting way to look at it, and it was really good for me – I actually grew a lot out of it.

“Being an alternate for the tournament is a bit of extra motivation, like the icing on the cake. I’m already back in the gym, super sharp and super strong, preparing for whatever could be next.

“I’m just happy to be a part of it and in the running, but I know that I have the fastest and sharpest hands of anybody in the division, so I can compete against anybody.”

Dawson will only enter the World Grand Prix if one of the other contenders cannot compete due to injury, so he does not know exactly where he is going to slot in, if at all, but he is ready to go to war with any one of world-class athletes that are left in the bracket. 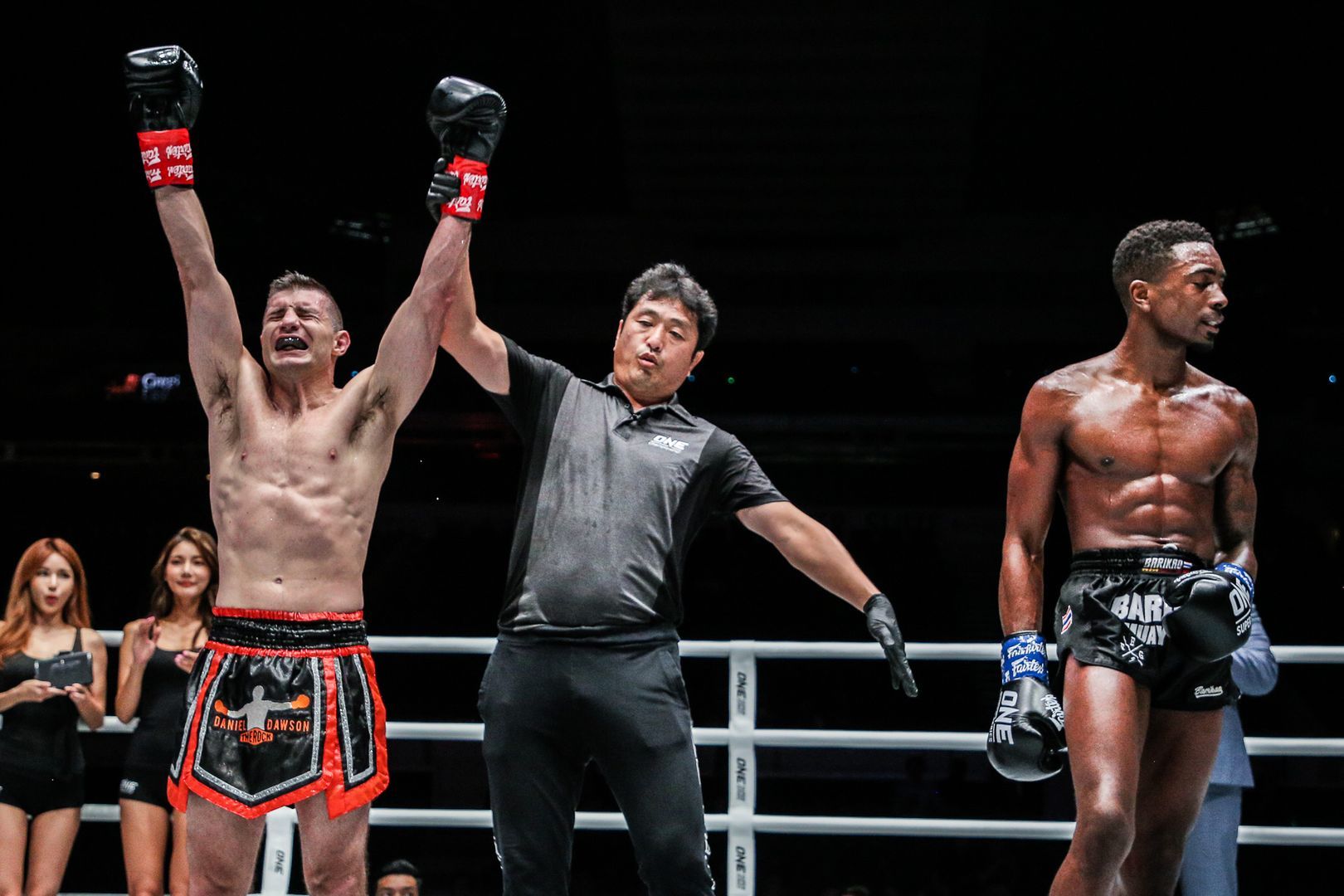 However, the US$1 million tournament is secondary on Dawson’s agenda. His aim is to continue to evolve as a martial artist so he can be a role model to others.

“I’ve discovered a lot about myself in recent years and realized my purpose and my intention in life – I really do have a purpose right now where my story, what I do now, how I hold myself, and the words I say can inspire other people.

“It’s inspiring to my family and my loved ones too, and that ignites a fire me to be the best version of myself.”