Daniel “The Rock” Dawson booked his spot as the alternate for the US$1 million ONE Featherweight Kickboxing World Grand Prix after a highly-entertaining battle with Brown Pinas at ONE: ENTER THE DRAGON.

The pair went all the way to the judges’ scorecards at the Singapore Indoor Stadium on Friday, 17 May, and the 41-year-old from Australia claimed the split decision.

Dawson showed his intentions early as he shoved his Dutch rival to the canvas in the very first exchange.

The four-time kickboxing World Champion continued his strong start by throwing heavy offense to the body early on, while Pinas looked to create space to throw his knees and kicks up toward the Australian’s head.

Despite conceding a significant height advantage to his opponent, “The Rock” smartly kept himself in the pocket, where he could connect with his punches and nullify some of Pinas’s kicking techniques.

Up close and personal! ???? ????Watch the full event on the ONE Super App ???? http://bit.ly/ONESuperApp | TV: Check local listings for global broadcast

Dawson continued to push the pace in the second round, but Pinas started to let his hands fly in response, and connected with a smart combination in the early exchanges before he landed a jumping knee.

The Dutchman’s unorthodox knee strikes also proved to be particularly effective by finding their mark and disrupting the NRT Gym man’s timing.

After two very competitive rounds, the bout hung in the balance, and the elite kickboxers came out swinging in search of a late finish. The action only paused for a moment for Dawson to recover from a groin strike before they engaged in another wild striking exchange until the final bell. 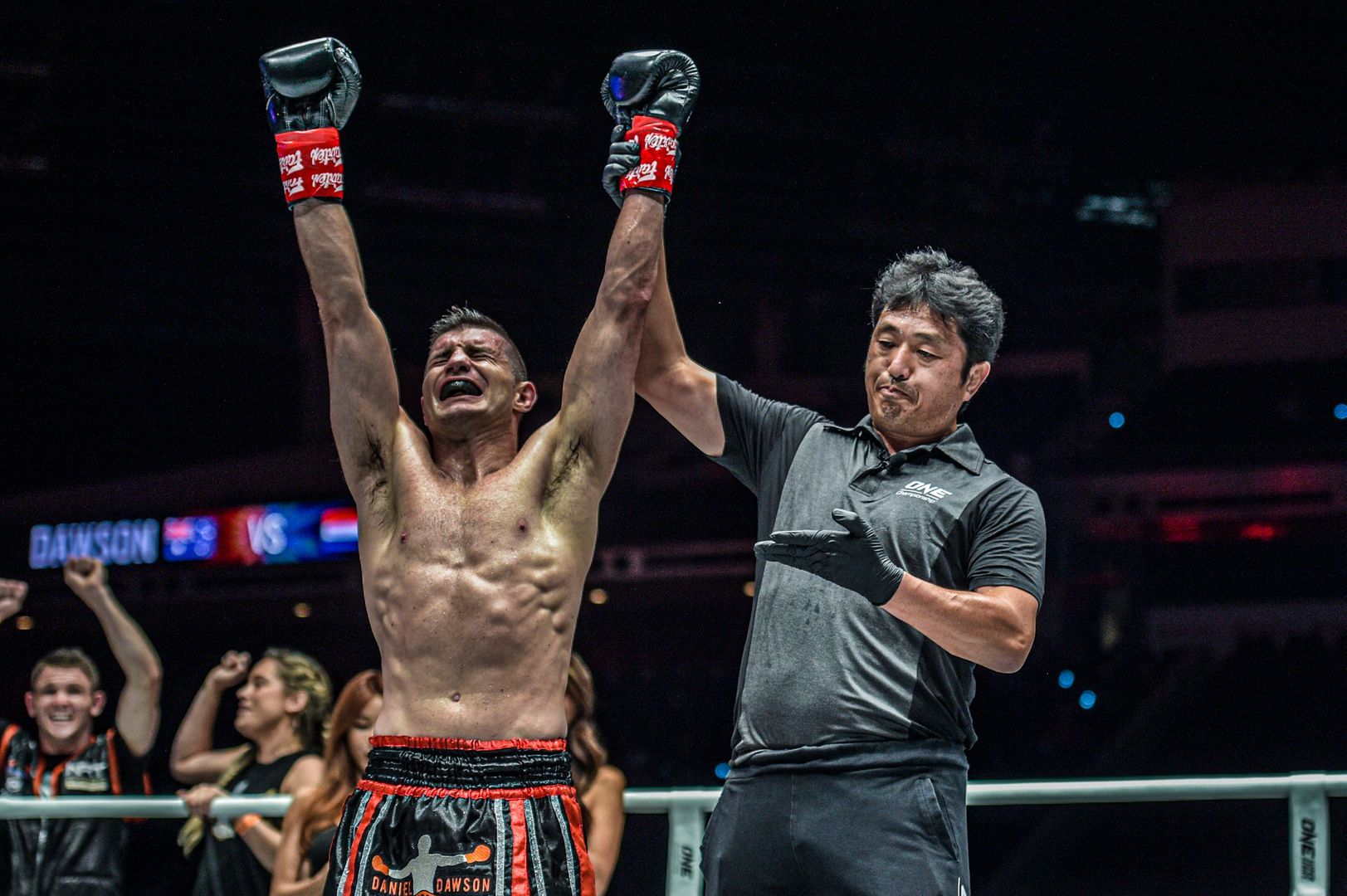 “The Rock” seemed to finish in the ascendency, and that could have swung the match-up in his favor in the eyes of two judges after a highly-competitive clash.

After three rounds, “The Rock’s” hand was raised, and his professional record improved to 54-14.