Chan Rothana may not be working out at his gym in Phnom Penh, Cambodia right now, but he is still finding ways to level-up and improve his mixed martial arts skills.

The 34-year-old flyweight – who temporarily closed his martial arts club, Selapak, due to the COVID-19 global pandemic – has been privately training with his good friend, Lorenzo Lanzafame, to maintain his fitness and sharpen his techniques.

Rothana is motivated to stay in shape and tighten up his craft because he hopes to receive a big challenge when he makes his ONE Championship return this year.

He has his eye on Japanese knockout artist Yuya “Little Piranha” Wakamatsu, who illuminated the weight class with a series of explosive showings in 2019.

Wakamatsu pushed Demetrious “Mighty Mouse” Johnson in the ONE Flyweight World Grand Prix in March 2019, and then he knocked out the division’s former king, Geje “Gravity” Eustaquio, in August. The 25-year-old capped off the year by routing “Ottogi” Dae Hwan Kim via unanimous decision two months later.

Rothana, who himself is riding a sensational three-bout win streak, has immense respect for “Little Piranha” and sees this potential bout as the perfect test for his skills. He talks about that, and much more, in this exclusive interview.

ONE Championship: With the COVID-19 pandemic sweeping the globe, how has this affected your gym and your training routine?

Chan Rothana: I have been trying to help prevent the spread of the COVID-19 pandemic in Cambodia. Since the outbreak of the coronavirus in early March, I closed down my club, Selapak. Yet, I still maintain my fitness very well.

I have many team coaches, but now, only Lorenzo Lanzafame – a fitness coach – is helping me get better. His home is near mine, so he is a big help during the tough situation right now.

I am focusing a lot on my fitness and a little bit on striking. As long as I have great fitness, I am fine, and I can be tremendously flexible with my martial arts techniques, both the striking and ground games.

ONE: In what areas are you trying to improve?

CR: This situation makes it tough, but what I am eager to improve is my ground game. I must improve it to my satisfaction.

I know I am poor on the ground, but I have learned how to avoid takedowns, and I have learned techniques like the rear-naked choke, the armbar, and the Americana. I want to continue to make improvements in my ground game and defeat opponents by these techniques.

ONE: How anxious are you to return to the global stage?

CR: Great question. I am anxious to fight for the fans here and to represent Cambodia. Fans always chat on my Facebook page and ask me, “When will you go to the ring?” I just answer, “Soon,” or “Wait a little bit.” Fighting is a big pleasure to me, and so is training and improving.

ONE: Who is the person you want to face next?

CR: Yuya Wakamatsu. He is a big step up for me and represents a higher level of competition. To fight a higher level athlete makes [the challenge] harder, but it also makes me better. 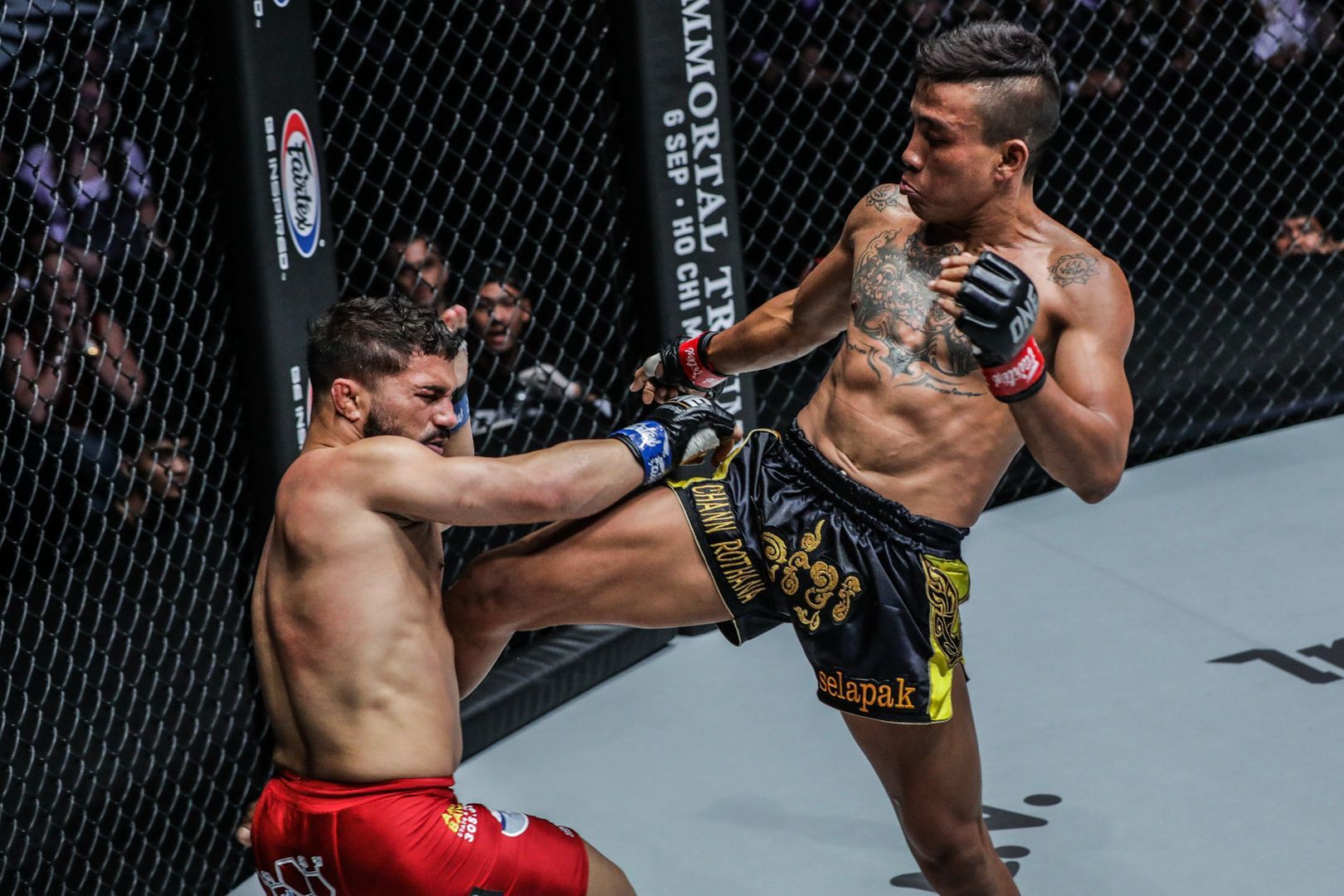 ONE: In your opinion, why would Yuya Wakamatsu be a good challenge for you?

CR: Yuya is not only good at striking, but also, he has a ground game. He had a great fight against Demetrious Johnson in the ONE Flyweight World Grand Prix, and he defeated Geje Eustaquio, too.

I watched many videos from his bouts. He is younger than me, and he has more experience in mixed martial arts than me. He has 16 bouts, but has knocked out his opponents 10 times. That is so fierce!

I am older than him, but I have fewer bouts than him. Till now, I have only 10 bouts in my mixed martial arts career. So, facing a young talent with big victories is the perfect [next step for my career].

ONE: Finally, what would you need to watch out for?

CR: I must be careful of Yuya every second. His strikes and punches can eliminate me in a second, as he knocked out Eustaquio. I would have to be flexible, so I would use my striking and bring my other skills to the ring. I would make a good game plan for him. 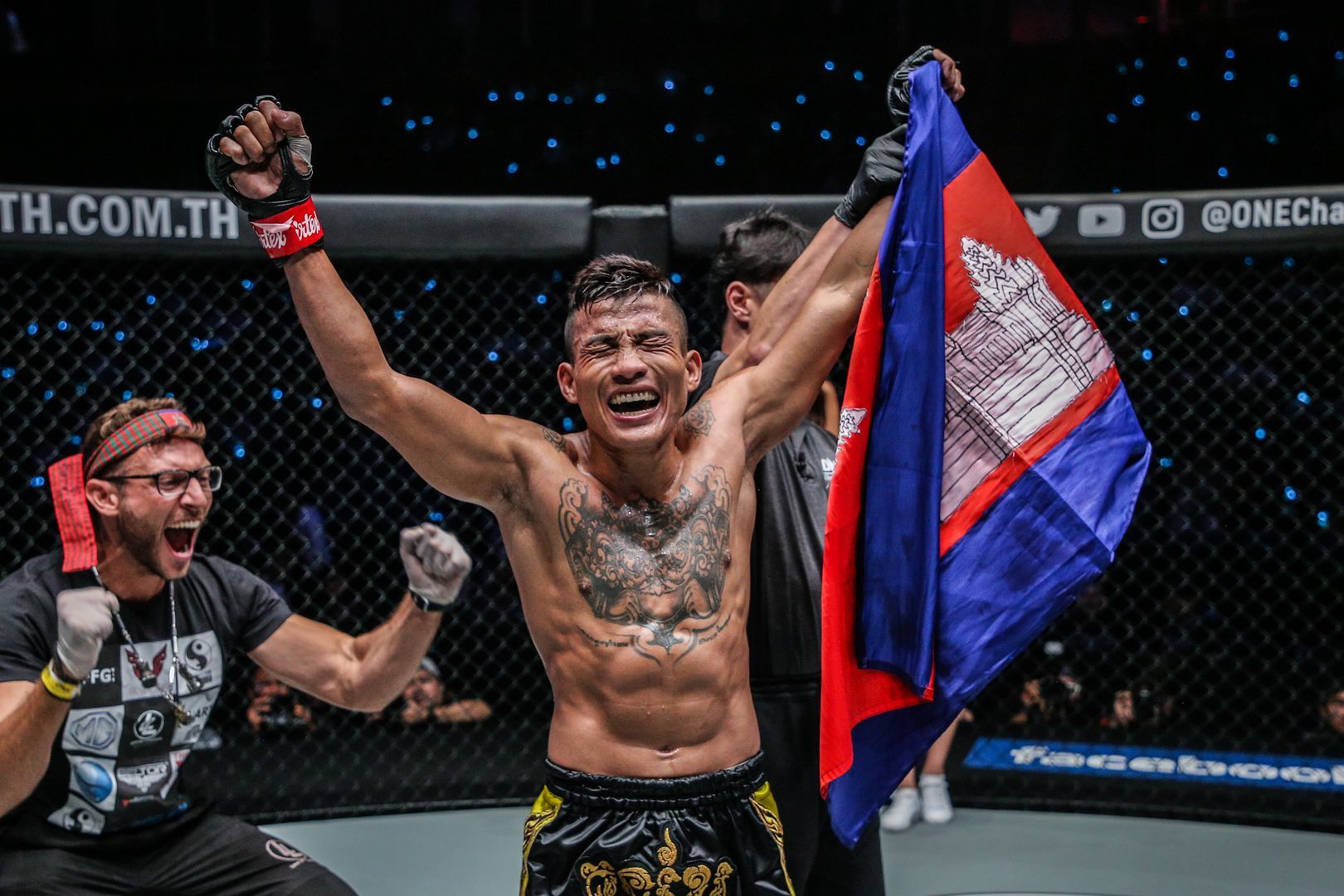