The 23-year-old returned to Yangon’s Thuwunna Indoor Stadium in style, as she defeated Audreylaura “Ice Comet” Boniface at ONE: REIGN OF VALOR.

She stopped the Malaysian via TKO in the second round of their women’s atomweight mixed martial arts encounter.

“Having my teammate Gianni and our hero Aung La N Sang in my corner, it gave me a very big boost of confidence heading into the match-up,” she later said. “It felt good to go out there in front of my hometown crowd and give a great performance.”

Boniface came out firing in the opening stanza.

She quickly put the pressure on Bozhena Antoniyar, who circled away and went on the defensive. “Ice Comet” landed an overhand right, which stunned the local favorite momentarily. However, the Myanmar native countered back with a thudding right of her own.

Before long, the Malaysian tried to take matters to the ground. “Toto,” however, showed off her vast improvement in the grappling department by attempting to lock in a triangle choke, and even transitioning to an armbar.

“Ice Comet” did well to escape and return to her feet, but exhaustion was beginning to set in. Bozhena Antoniyar, who sensed her opponent was fading, lit up Boniface with thunderous boxing combinations and nearly finished her by the end of the first round. It didn’t take long for Myanmar’s rising star to re-establish her striking superiority in the second round.

“Toto” wobbled Boniface with a dynamic five-strike combination. To avoid further punishment, the Malaysian instinctively shot for the takedown.

Bozhena Antoniyar sprawled out and defended well against the double-leg, and then proceeded to unload a torrent of left and right hooks against the cage fence to complete the spectacular finish.

The Malaysian could not intelligently defend herself, which prompted the referee to stop the bout at 1:31 of round two.

“Heading into this match-up, I was extremely confident of victory and wanted to win in the first round,” the Yangon native said. “I was a little sluggish at first, but I got the win in the second. Overall, I’m happy with my performance.” 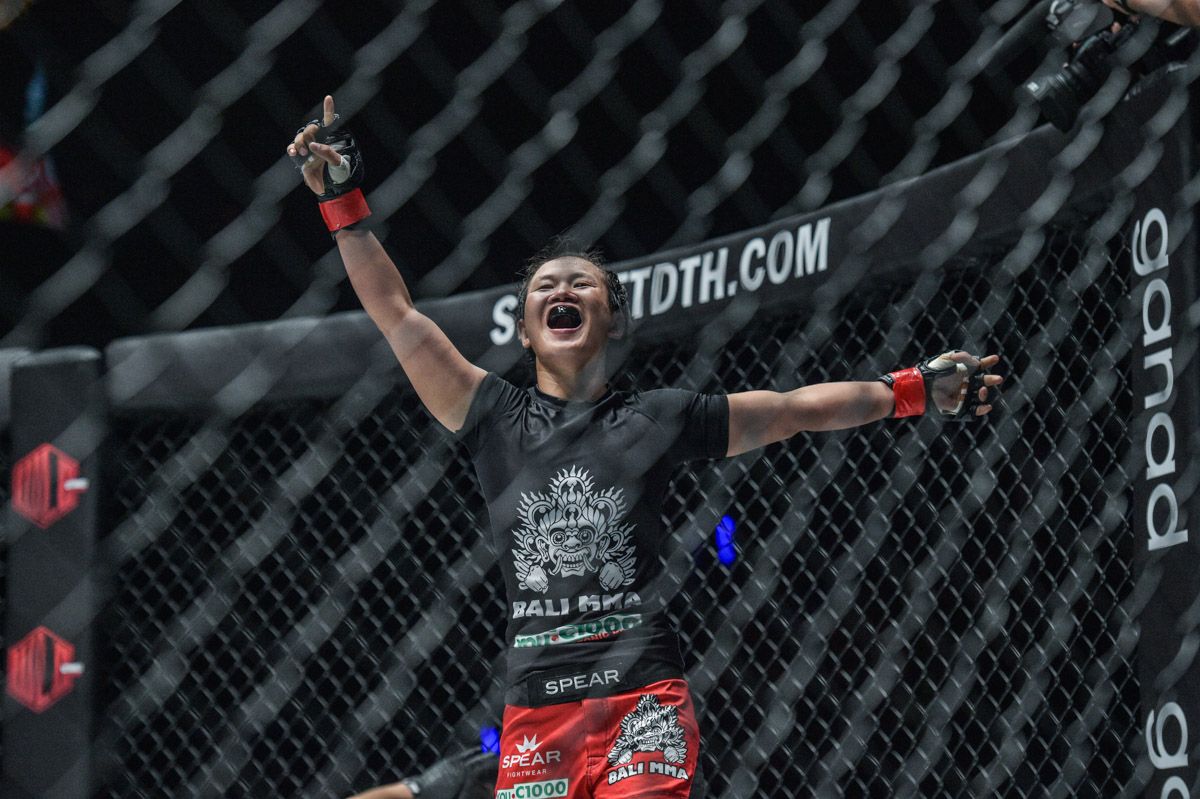 With the victory, Bozhena Antoniyar improved her overall record to 2-1.

She also set the pace for her compatriots Tial Thang and Phoe Thaw, who compete later in the evening