When ONE Championship returns to Jakarta, Indonesia on 3 May, the most exciting Indonesian athlete on the global stage for martial arts will look to get the party started early with victory at the Istora Senayan.

Adrian “Papua Badboy” Mattheis will return to action on home soil, and he will look to continue his hot streak against Indian star Himanshu Kaushik.

The 25-year-old hometown hero has won five of his last six contests – four by stoppage – and he is determined to increase those numbers and extend his record for the most wins and finishes in The Home Of Martial Arts’ strawweight division.

INSANE KO power from the "Papua Badboy," Adrian Mattheis! Catch him in action against fellow Indonesian warrior Guntur on 3 May! ????

INSANE KO power from the "Papua Badboy," Adrian Mattheis! Catch him in action against fellow Indonesian warrior Guntur on 3 May! ????Jakarta | 3 May | 6:00PM | Watch on the ONE Super App: http://bit.ly/ONESuperApp | TV: Check local listings for global broadcast | Tickets: http://bit.ly/oneforhonor19

Posted by ONE Championship on Wednesday, April 24, 2019

“Every athlete competing on their home turf definitely wants victory. Whatever happens, I must win in this upcoming bout,” he says.

“I have been preparing well for this bout, from the physical aspects to my ground and striking game.

“My team and I are doing the best we can to ensure good results. We have developed more on the ground game, as I am aware that my opponent is very good with his striking skills. Therefore, I am prepared to counter that with my ground attack.”

Mattheis showed his varied arsenal in his last two contests – a smart second-round guillotine choke of Aziz Calim last November, and a spectacular first-round knockout of Angelo Bimoadji two months before that that showcased the thunderous power in his hands.

The Indonesian star credits the experience of a disappointing defeat via submission to experienced Filipino star Robin “The Ilonggo” Catalan last July as the catalyst to spark the crucial improvements that have made him a more dangerous finisher.

“I have always learned from my past mistakes, like when I battled Robin Catalan,” he reveals.

“At the time, I lost without trying to throw punches and kicks. So, when I faced my next opponent, I took that lesson and hit him until he fell.

“However, I have never thought that I am good enough. I will always continue improving myself until I can earn my spot at the top of the strawweight division.”

Mattheis’s match on 3 May will pit him against a seasoned striker. Kaushik is an Indian wushu champion whose skills gave him the ability to go toe-to-toe with Muay Thai legend Dejdamrong Sor Amnuaysirichoke last year.

“Papua Badboy” recognizes it could be dangerous to trade with the 25-year-old, so he will test his striking early on, but if he finds himself on the wrong end of the early exchanges, he will switch gears and take the action to the mat.

“Himanshu is a very good striker who has won several mixed martial arts and wushu tournaments. So, I will try to face him first with my striking, as I will try to knock him down,” he says.

“If it is no longer possible to exchange punches and kicks, I will try to take him onto the canvas to pin him down.”

And as well as competing for victory, glory, and progression in his talent-rich division Mattheis says he hopes he and his compatriots’ performances at ONE: FOR HONOR could go some way towards bringing greater recognition for mixed martial arts in his homeland.

The sport continues to grow in Indonesia, but the nation’s athletes are determined to secure the support they need to move to the next level and become mainstream stars.

“My hope is for the government to pay more attention to us mixed martial arts athletes,” he explains.

“We are still carrying the Indonesian flag, not competing for other nations. We simply ask for more attention from the government in the future.” 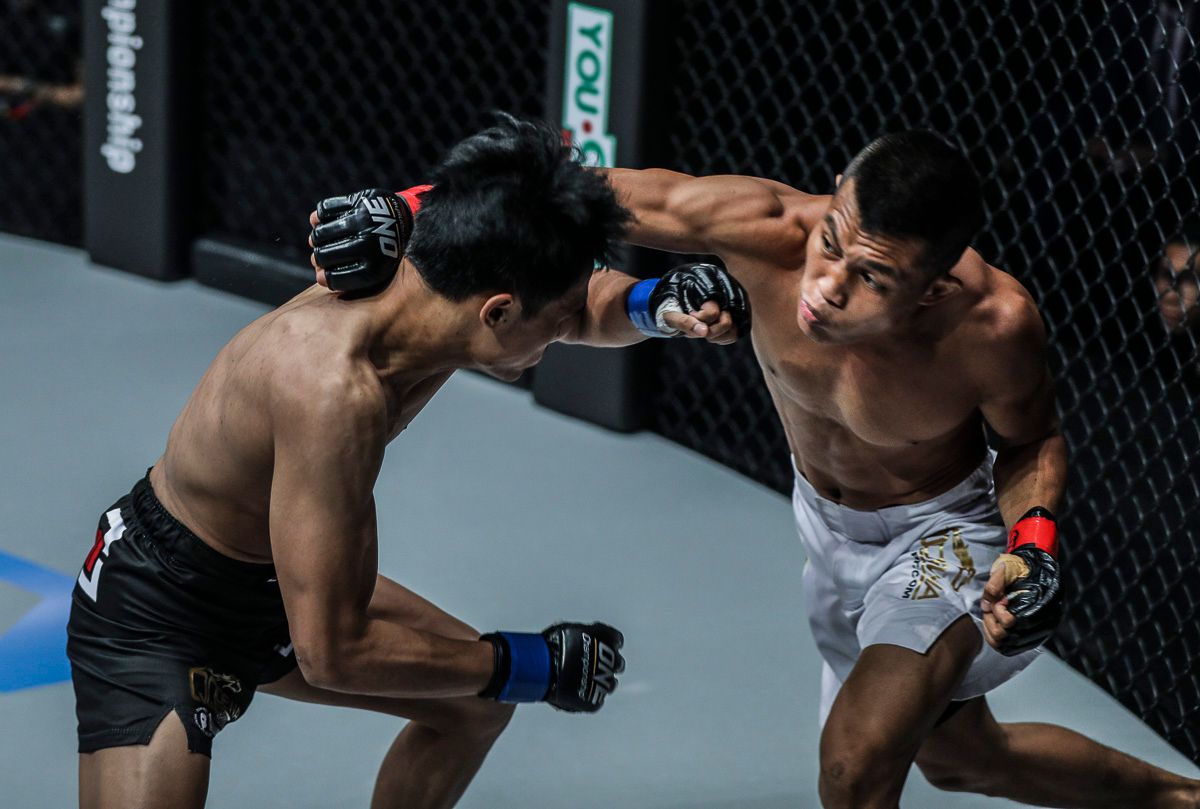 If he can keep winning and keep rising up the strawweight ranks, that level of attention can only increase as the always-exciting “Papua Badboy” continues his emerging mixed martial arts career.