He defeated fellow countryman and promotional newcomer Aziz Calim via guillotine choke in the second round of their exciting strawweight match-up at ONE: WARRIOR’S DREAM, which emanated from the Stadium Istora in Jakarta.

“Papua Badboy” came out swinging as he looked to land one of his huge hooks in the early exchanges. But Calim kept his cool, backed away, and then used Mattheis’ aggression against him to secure a takedown.

Despite being best known as an Indonesian karate champion, Calim seemed happy to use his grappling to nullify the striking threat of Mattheis in the opening round.

However, it was the 25-year-old Mattheis who ended the round on top — quite literally.

He scored a takedown of his own and landed some punishing ground and pound, including some eye-catching double elbows from the mount position. 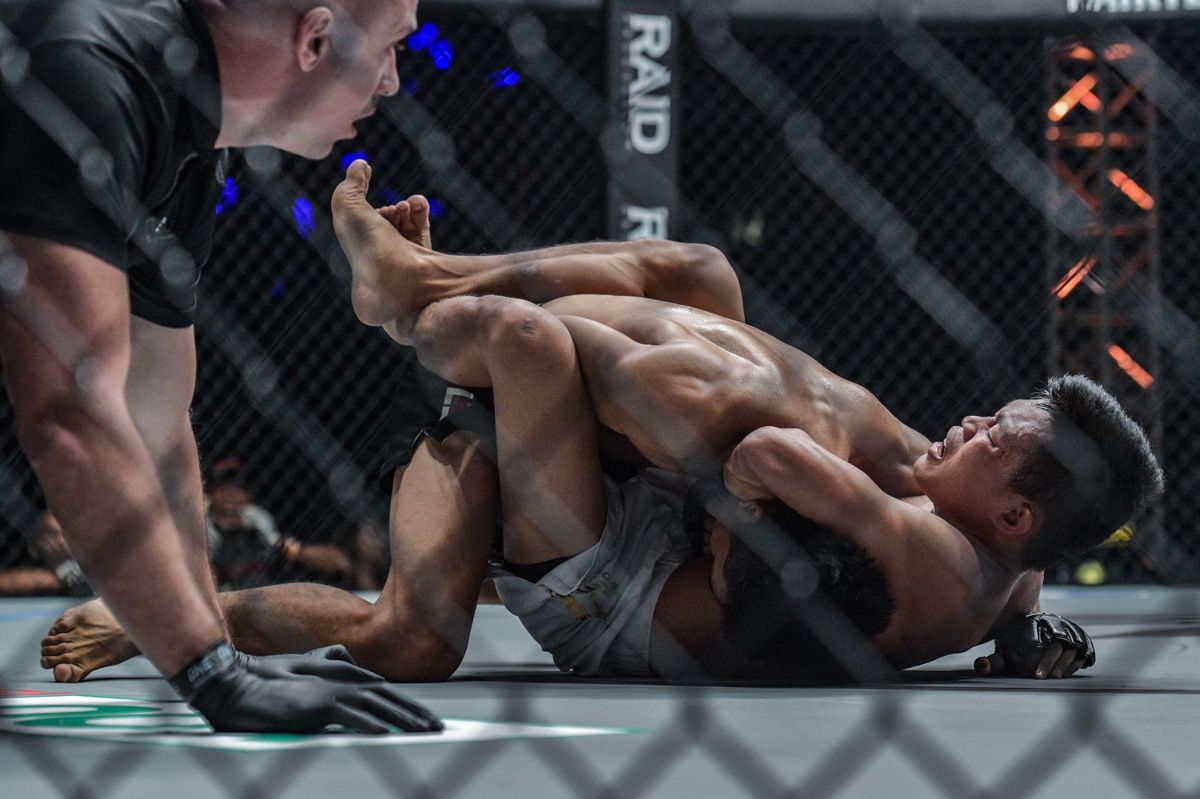 The second round saw no let-up in the action, as “Papua Badboy” started to take control.

As his 21-year-old rival looked to stand and use his karate strikes at close range, Mattheis used this opportunity to utilize his grappling prowess.

Leaping into the air, the ONE Indonesia Strawweight Tournament Champion executed a superb flying guillotine choke. With the choke applied, he tightened his grip and fell onto his back.

That left Calim no choice but to submit. The tap came at 57 seconds of round two, giving Mattheis the eighth win of his professional mixed martial arts career and improving his record to 8-5. 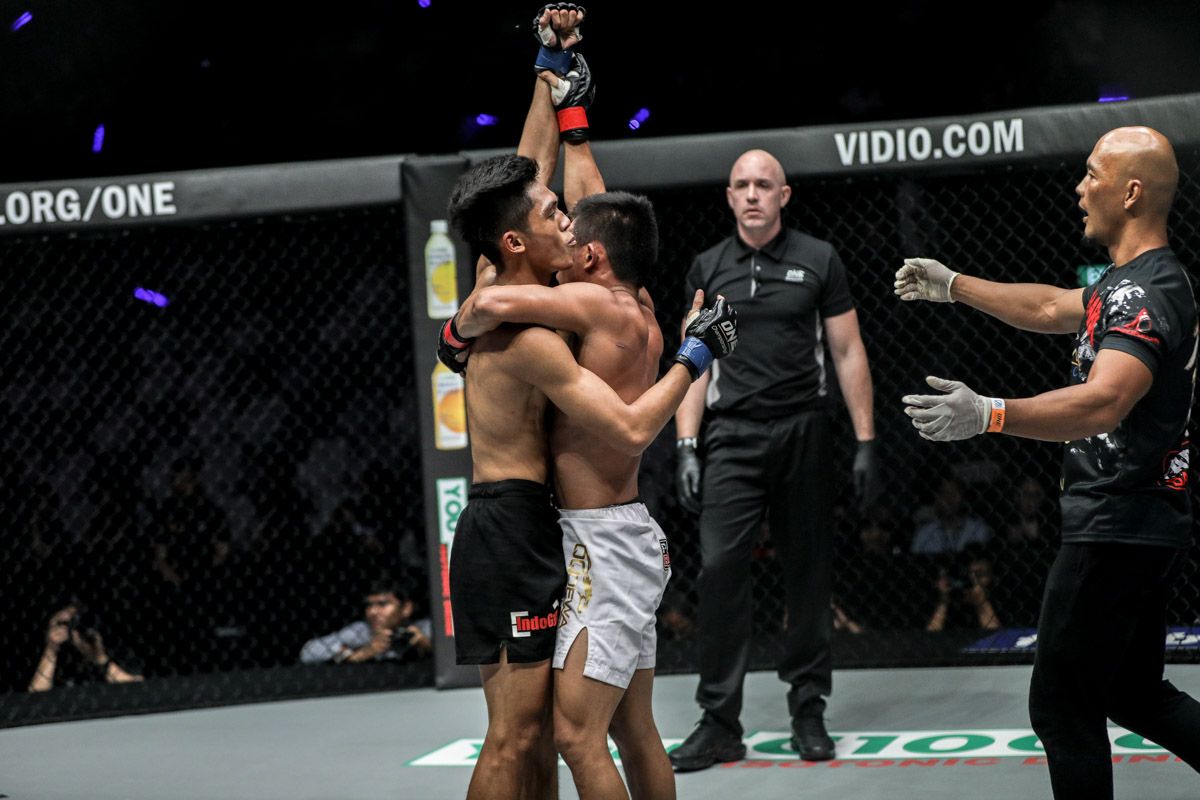 More significantly, the win gave the Jakarta native the records for most victories (7) and most finishes (6) in ONE Championship strawweight history.

Also, it pushed forward his credentials for a future World Title challenge.