Singapore was lucky. On 6 May, they witnessed an epic main event between two feisty females in Angela Lee and Mei Yamaguchi, that saw Lee capture the inaugural ONE Women’s Atomweight World Championship.

Now months later on 11 November, another exciting battle unraveled inside the ONE Championship cage. This time, a world title changed hands and a legend fell.

There is something special about the lion city that just brings the best out of combat sports athletes. The honor and prestige of the ONE Championship cage extracts true warrior performances from those who step inside its steel confines.

A fighter must have tenacity, courage, and skill. These are the prerequisites of world beaters — the building blocks of champions. Yet hidden deep beneath the surface, past the bravado of even the most revered legends, lies the intrinsic quality of winners.

Yet even if fighters pour their heart and soul into their craft, as is the case with the fighters on this list, the hard truth is that in MMA, there are winners and then there are losers.

Let us take a look at what could be next for the winners of ONE: DEFENDING HONOR.

The 32-year-old former school teacher Eduard Folayang delivered the finest performance of his career with a resounding victory over Japanese MMA veteran Shinya Aoki. Folayang withstood Aoki’s vaunted grappling game, which was on full showcase in the first round, and did just enough to last until he was able to shake off the jitters.

Folayang put his world-class wushu skills on display and brought the crowd up to their feet with a spectacular second-round comeback, capped off by a scintillating third-round finish.

Did anyone honestly see that coming? Aoki, who had not lost in five years and was riding a nine-fight winning streak heading into the matchup, was expected to be met with some resistance. But no one would dare bet against him.

Yet the signs were there. Folayang’s striking is the best it has ever been, as evidenced in wins over Tetsuya Yamada and Adrian Pang. Since his training stint in the United States, Folayang’s wrestling has also been absolutely on point, with spot on takedown and submission defense.

All these skills are exactly what was needed to dethrone a legend, and Eduard Folayang showed up.

A well-deserved break is in the cards for Folayang, and while he was able to realize a lifelong dream of becoming an MMA world champion, Team Lakay coach Mark Sangiao says the real work has only just begun.

Winning the title is one thing, defending it and making sure it stays around your waist is a whole different ball game.

The lay of the land at lightweight is a treacherous one, with worthy challengers Ariel Sexton and Lowen Tynanes looking for title shots as well. Folayang and Tynanes have unfinished business. Timofey Nastyukhin can also make a jump to lightweight to face Folayang again. 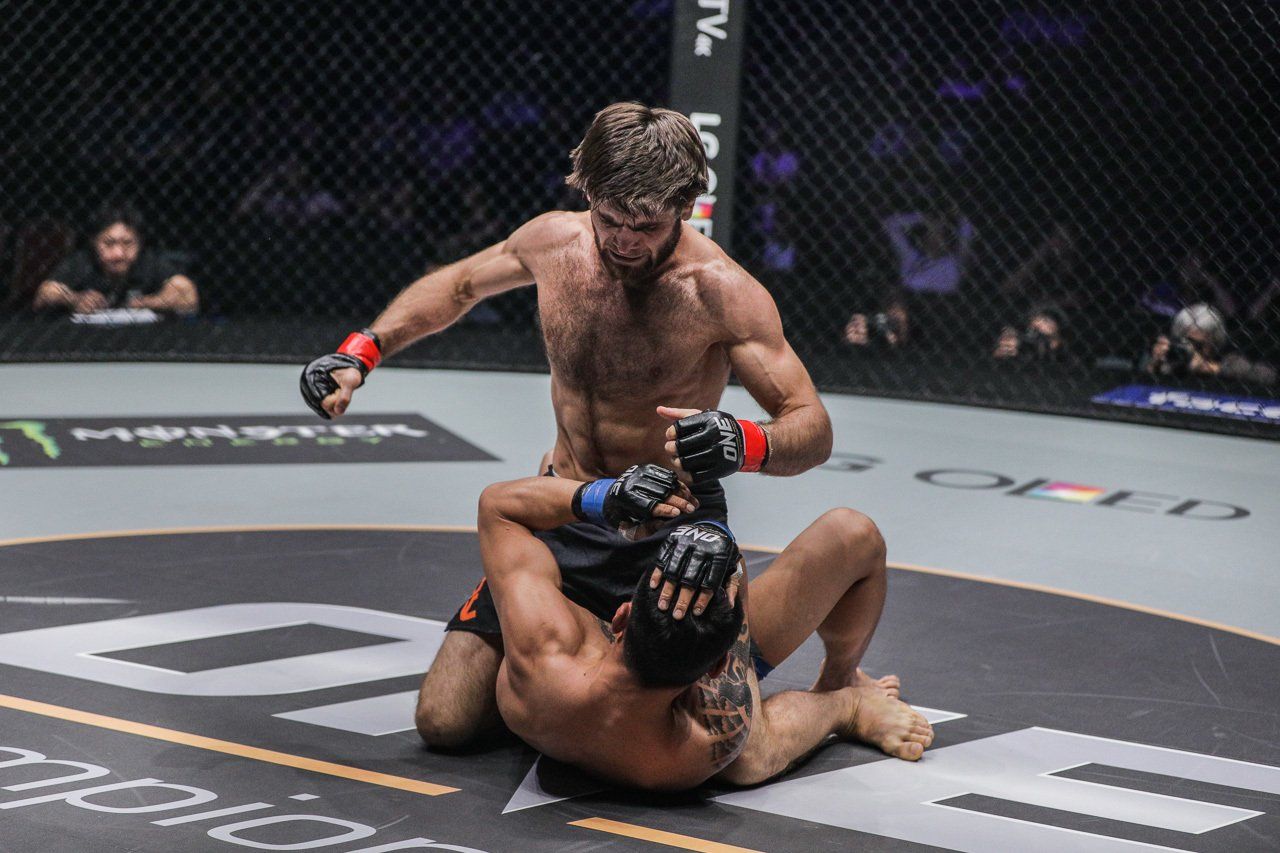 When Gafurov first lifted the title from Narantungalag Jadambaa last year, he was pushed to near exhaustion before applying his trademark finisher, the rear-naked choke, which came as a saving grace. Jadambaa had almost stopped Gafurov, but the Russian champion found a way to persevere and come away with the win.

Their rematch was highly-anticipated because of that classic first bout, which is what makes Gafurov’s fluid performance so intensely satisfying.

Gafurov maneuvered Jadambaa all across the cage with ease. The Mongolian, known for his tremendous strength and power, just could not deal with Gafurov’s slick Brazilian jiu-jitsu this time around.

The result was another submission finish for the ONE Featherweight World Champion, his sixth straight via RNC — a probably world record.

After the fight, Gafurov expressed his interest to face then-champion Shinya Aoki in a ONE Championship super fight of epic proportions, not knowing that Eduard Folayang would score the biggest upset of his career and dethrone the legendary Japanese warrior.

Gafurov could perhaps challenge Folayang for the ONE Lightweight World Championship, which would give him the opportunity to become a two-division champion. More importantly, however, there are a number of featherweights waiting in line for a title shot, and Gafurov will not run out of worthy challengers anytime soon.

There is Malaysia’s Ev Ting who has quietly put together an impressive run with a string of solid victories. Australia’s Martin Nguyen has improved considerably since the last time he fought Gafurov on short notice. Team Lakay’s Honorio Banario, a former ONE Featherweight World Champion, has also put together a nifty little run. 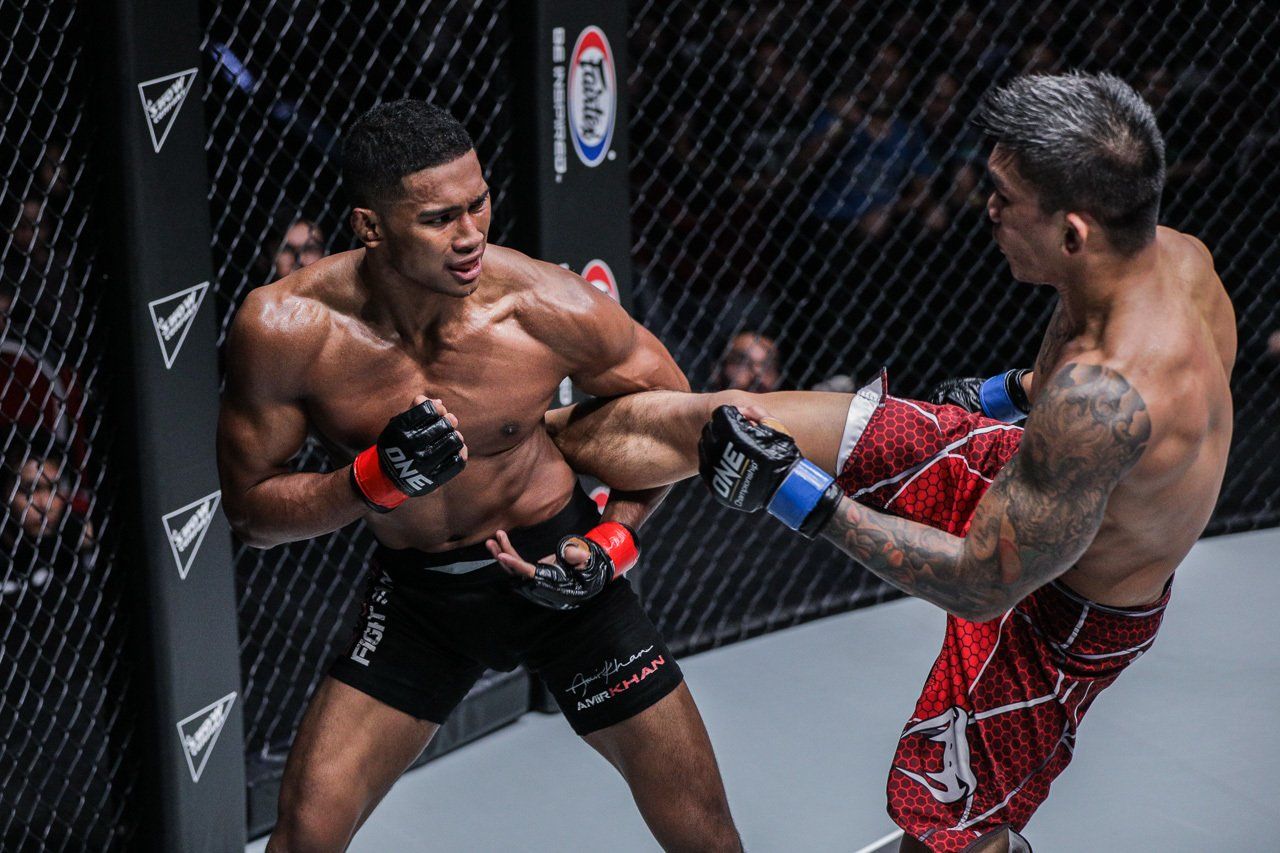 Evolve MMA’s Amir Khan just added a significant feather to his cap. He overcame a Brazilian jiu-jitsu champion in Vaughn Donayre to win in a terrific come-from-behind effort that drove the local Singaporean crowd into a frenzy.

Khan braved through the pain of having his arm and shoulder hyperextended in the wrong direction after getting caught in a very deep kimura by the Filipino Donayre. Fans from the stands screamed for Khan to tap, and he would be right to do so. Khan, a mere 22-years-old, has his whole career ahead of him.

And by all accounts, he appears to be an immensely talented young man. Great stand-up, very capable ground game. The last thing he needs is a torn ligament from something like maybe not tapping when he should have.

Khan proved a number of things with his amazing feat. He proved he could endure what was probably excruciating pain, he could come back from being nearly finished and get the finish himself, and that there is probably no situation wherein he would ever give up, at all.

More importantly, however, Khan proved he has the heart. And that’s something that just is not taught in any class.

Khan is in one of the deepest divisions in ONE Championship, but there are a number of high-level opponents for him to test his skills against, now that he has most likely graduated from challenging the gatekeepers.

There are the Philippines’ Eric and Edward Kelly, two brothers from Baguio City who are ready, willing, and able to give Khan a test. There is Malaysia’s Keanu Subba, and even Australia’s Rob Lisita who could test the youngster.

Whichever route he decides to take, Khan is ready for some big fights. 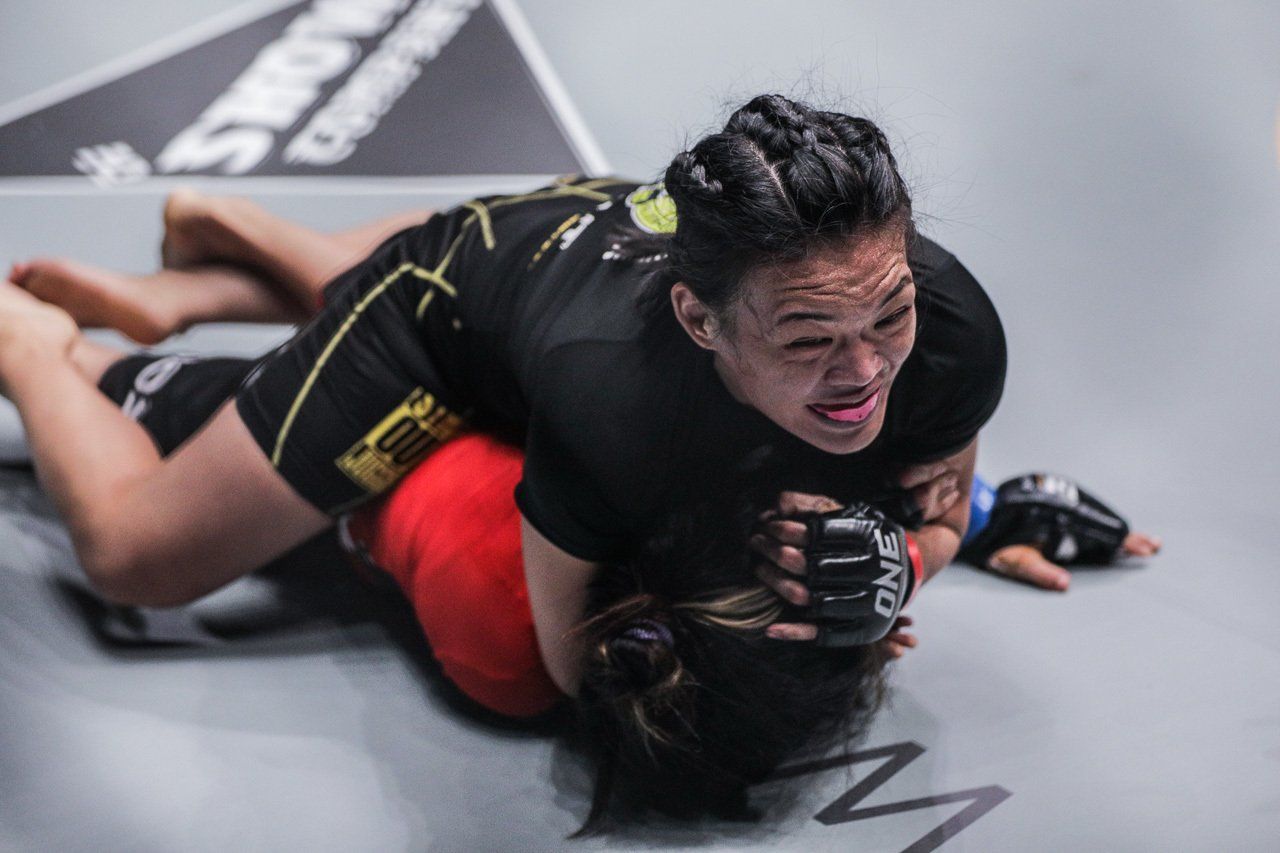 Rest Of The Card

Aside from the top three winners at last Friday night’s fights, there are other fighters who deserve honorable mentions.

Debuting Singaporean female strawweight Tiffany “Soul Crusher” Teo absolutely shined in her first promotional appearance. She completely dominated the fight from start to finish against a scrappy Egyptian fighter with a tendency to make fights as tough as possible. Teo improves her record to a perfect 4-0 and more importantly, she is now competing on the biggest stage of Asian MMA.

Kotetsu Boku got a victory in a way you would never want to get one — with your opponent suffering an injury. Timofey Nastyukhin was pushing him around with power shots until the Russian injured his leg. It would have been interesting to see how the fight could have progressed, but we will have to wait until Timofey heals and maybe he and Boku can go at it again.

Roger Huerta looked like he had fought his last fight just months ago, but he is back at it once more, impressing in a thorough victory over hard puncher Adrian Pang. Huerta showcased a dazzling array of his signature striking techniques and what fans got was a classic “El Matador” performance.

Overall, ONE: DEFENDING HONOR was a huge success. There were epic battles all throughout the card and fans certainly got their money’s worth.