ONE Championship finished the year by holding some of its most exciting mixed martial arts contests yet.

From October to December, the world’s largest martial arts organization continued to ignite the global fanbase with marquee bouts featuring world-famous athletes vying for the gold.

Also, there were a plethora of rising stars who competed on various undercards that put on spectacular performances against other hungry contenders.

Because of these mixed martial artists’ desire to win, the fourth quarter of 2019 produced some of the best matches of the year. Here are the top five bouts from the past three months.

“Unstoppable” Angela Lee fell short in her bid to take the ONE Women’s Strawweight World Championship belt off “The Panda” Xiong Jing Nan at ONE: A NEW ERA in Tokyo, Japan earlier this March.

The Singaporean, however, successfully defended her ONE Women’s Atomweight World Title in the main event of ONE: CENTURY PART I in the Japanese capital this past October. Just like their initial encounter, their rematch was a back-and-forth thriller.

Xiong showcased her power in the opening stanza, even dropping her rival to a knee with one of her punches. The Chinese athlete continued to display her strength in the second frame, but Lee found her timing and brought the action to the ground.

The atomweight queen took her adversary back to the canvas in the third round. She peppered “The Panda” with strikes and continuously looked for submissions. Xiong, however, stormed back in the fourth stanza and dropped Lee with a left hook.

Although momentum seemed to be on the Chinese athlete’s side, Lee turned the tide in the fifth round. She slammed “The Panda” to the mat, took her back, and secured the rear-naked choke to force the tap with only 12 seconds left to spare in the contest.

#2 Taking Out The Heavyweight King

Posted by ONE Championship on Sunday, 13 October 2019

This past October, two-division ONE World Champion Aung La “The Burmese Python” N Sang gave ONE Heavyweight World Champion Brandon “The Truth” Vera an opportunity to achieve his dreams of holding two belts.

In the main event of ONE: CENTURY PART II, the Filipino-American dropped down a weight class to challenge the Myanmar hero for his light heavyweight title in the Japanese capital, but he was not successful in his quest.

Aung La N Sang had early success with the hard leg kicks he perfected at Hard Knocks 365, but “The Truth” responded in kind. There was a point when “The Burmese Python” slipped and Vera tried to capitalize with his strikes, but the Myanmar sports icon escaped the risky position.

The second round proved to be even more exciting, as both men exchanged heavy leather in the pocket. At this point, it was clear Aung La N Sang’s leg kicks hampered the challenger.

Three minutes into the frame, Aung La N Sang struck with a devastating spinning back elbow, which rattled the Filipino-American. Vera responded in kind once more, but “The Burmese Python” ducked and crumpled “The Truth” to his knees with an overhand right. He followed up with ground strikes until the referee called a stop to the contest.

#3 Thani Flips The Script In KL

After suffering two consecutive losses in front of his hometown crowd, Agilan “Alligator” Thani turned everything around in his native Kuala Lumpur, Malaysia this past December.

The local sensation squared off against unbeaten American welterweight Dante Schiro at ONE: MARK OF GREATNESS, and he did just enough to send his compatriots inside the Axiata Arena into a frenzy.

Despite Schiro coming from a wrestling background, Thani — a Brazilian Jiu-Jitsu brown belt — immediately took him down to the canvas. The American remained active off his back, but “Alligator” was smothering him.

The Malaysian repeated this attack in the second round, but the promotional newcomer swept him and searched for a rear-naked choke. Fortunately for the hometown hero, his rival was unable to lock-in the hold.

In the third and final stanza, Schiro defended the takedown. Thani, however, continued to pressure him and engaged in a striking duel. Moments after the final bell rang, the judges awarded “Alligator” the split decision victory and just like that, he broke his spell in KL.

#4 Kim Gets Highlight-Reel Moment In ONE Debut

“The Fighting God” Kim Jae Woong made his debut in The Home Of Martial Arts an unforgettable one.

The South Korean featherweight engaged in a back-and-forth battle against Rafael “Indio” Nunes at ONE: MASTERS OF FATE in Manila, Philippines this past November, but he survived the surging Brazilian’s attack to create a worthwhile highlight-reel moment.

In a wild first round, Kim got off to a fast start with a hard right cross and, after stuffing a takedown, he nearly closed the show with hammerfists. Nunes eventually got the action to the canvas and sunk in a rear-naked choke, but “The Fighting God” was saved by the bell.

Kim recovered and looked to widen the gap in the second frame with his superior boxing. Just 30 seconds into the round, he accomplished his objective.

The South Korean connected with a debilitating hook to the body, chased down his backpedaling opponent with a flying knee, and then he delivered nonstop knees to the head until the referee waved off the action.

#5 Abelardo Beats Jumayi To The Punch

Posted by ONE Championship on Friday, 25 October 2019

Mark “Tyson” Fairtex Abelardo always seemed to be one step ahead of Chinese bantamweight Ayideng “A.J.” Jumayi when the two met at ONE: DAWN OF VALOR in Jakarta, Indonesia earlier in October.

The Kiwi out-struck his rival in the opening stanza, and he even dropped “A.J.” with an elbow to close the frame.

In the second round, Abelardo scored with head kicks, which Jumayi seemed to walk through. The Fairtex representative continued to throw an array of strikes, but he could not close the show against his ultra-tough opposition.

The Chinese athlete tried with all his might to make a more considerable impact in the third stanza, but Abelardo met him with low kicks and hooks to stymie his attempt to steal the win.

Ultimately, “Tyson” pulled away with a clear unanimous decision victory. 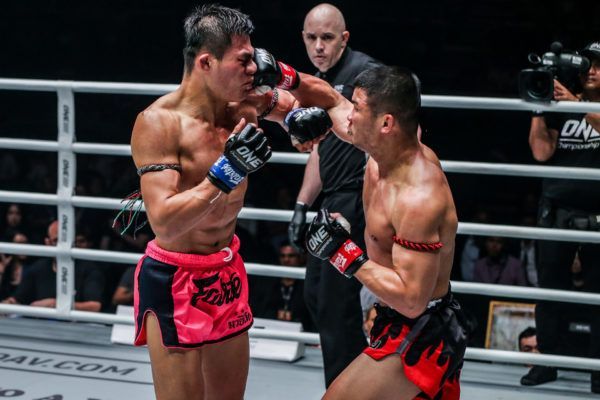 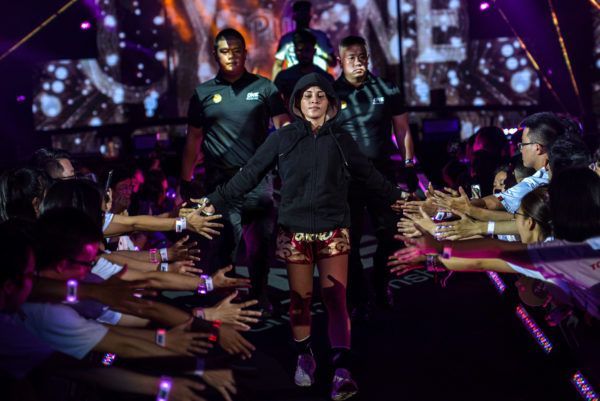