The Axiata Arena was packed to the rafters for ONE: MASTERS OF DESTINY, and a thrilling 15-bout card delivered drama, upsets, and stunning finishes for the fans in attendance.

A gripping main event had everyone in Kuala Lumpur on the edge of their seats, while wins for Malaysian national heroes had local fans on their feet.

It was an evening that offered up the best of martial arts — from knockouts and submissions to closely-contested decisions and stunning comebacks.

Here the five best highlights from the show on Friday, 12 July.

The eagerly anticipated ONE Featherweight Kickboxing World Grand Prix rematch between Giorgio “The Doctor” Petrosyan and Petchmorakot Petchyindee Academy did not disappoint.

Both men had clearly taken lessons from the first encounter, and employed them in their second meeting. The Armenian-Italian put even more venom in his punches, while his Thai rival kicked and kneed with precision – within the rules this time.

The two elite strikers gave it their all and wanted to put their stamp on the heated contest. However, “The Doctor’s” accurate hands and thudding low kicks accumulated over of three rounds to win all three judges’ scorecards.

#2 Ting Comes Back From The Brink

Ev Ting survives the storm in Kuala Lumpur, coming back strong to submit Daichi Abe with a slick RNC!

Ev Ting survives the storm in Kuala Lumpur, coming back strong to submit Daichi Abe with a slick RNC!????: Check local listings for global TV broadcast????: Watch on the ONE Super App ????http://bit.ly/ONESuperApp

Ev “E.T.” Ting put his Malaysian fans through every possible emotion inside the Axiata Arena. Desperate for a victory, he came out swinging at Daichi Abe, but was dropped with a flurry of punches in the first round.

Abe maintained the pressure but the Kiwi-Malaysian’s heart kept him in the bout long enough for him to turn the tide.

In the closing stages of the second round, “E.T.” quickly scrambled onto his opponent’s back and, in a race against the clock, put on the tightest squeeze he could muster to secure a rear-naked choke finish with just seconds left before the bell.

After a tough series of bouts on the global stage for martial arts, Ting got back in the winner’s circle in the most dramatic fashion to the delight of his compatriots and fans watching around the world.

The Johor Bahru native gave a well-rounded performance in little more than three minutes, as she showcased her striking, wrestling, and submission skills – along with her durability.

Jihin locked up Torres’ arm on the ground, but the powerful Filipina tried to slam her way out of trouble. That has finished off other opponents, but “Shadow Cat” would not be denied, and switched her attention to a triangle choke.

“The Zamboanginian Fighter” resisted with everything she had, but Jihin’s squeeze was too much, and she got back in the win column with her second submission victory in the world’s largest martial arts organization.

#4 Dae Sung Park Gets Back In Business

“Crazy Dog” Dae Sung Park returned after a year-long layoff to take on a familiar foe in Kimihiro Eto – the man he defeated in ONE Warrior Series last year to earn his contract on the global stage.

Eto rebounded with three arm-triangle choke victories to get his own call-up to The Home Of Martial Arts, but he was unable to get one back on his old rival. The Japanese athlete held his own in the first, but “Crazy Dog” dropped him with a hook early in the second stanza and history repeated itself.

Park evaded his opponent’s frantic takedown attempt and dropped heavy punches and hammer fists to seal the finish and shut down their rivalry for good.

Adrian “Papua Badboy” Mattheis once again showed how much of a devastating finisher he is with his submission win over ONE Hero Series graduate Li Zhe.

The 19-year-old from China is a threat on the ground, but Mattheis’ veteran experience got him out of some tricky positions in the first round.

“Papua Badboy” came out firing in the second stanza and took the upper hand on the canvas as he looked for his own choke against the Longyun MMA representative. When he couldn’t secure it, he opted to hammer his rival with ground and pound to add another TKO finish to his résumé.

With it, Mattheis extended his record for most wins (9) and most finishes (8) in ONE strawweight history. He is also now tied with “The Terminator” Sunoto as the Indonesian with the most wins in the world’s largest martial arts organization. 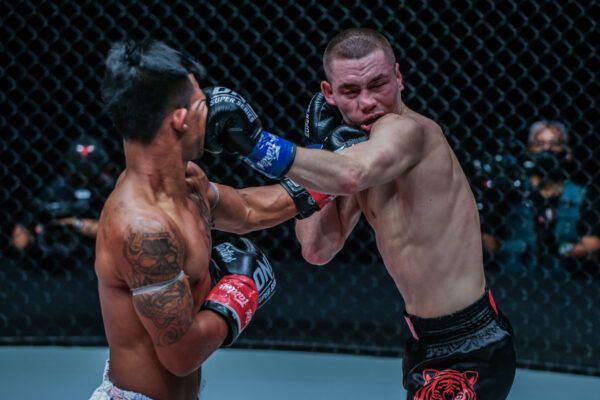 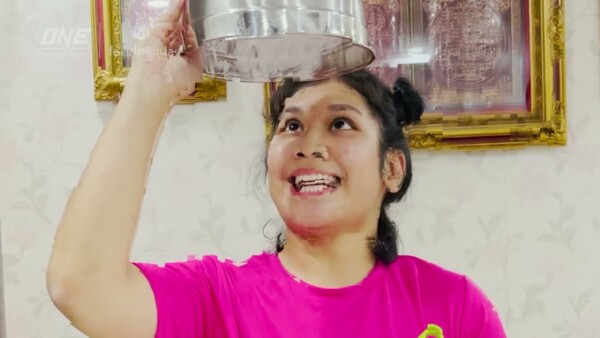