Some of the world’s finest submission specialists will be in action when ONE Championship returns to Kuala Lumpur, Malaysia on Friday, 12 July.

The main event at ONE: MASTERS OF DESTINY is an all-stand-up affair between world-class kickboxers Giorgio “The Doctor” Petrosyan and Petchmorakot Petchyindee Academy, but the supporting card is full of elite grapplers ready to showcase the power of the ground game.

Here are five of the best submissions from the athletes who will be in action inside the Axiata Arena.

Lee Chokes Her Way To Victory

Unbeknownst to everyone watching ONE: DYNASTY OF HEROES, “Unstoppable” Angela Lee came into her ONE Women’s Atomweight World Title defense against the unbeaten Istela Nunes battling pneumonia.

That meant the Singaporean superstar went all-out for a quick finish, and she got her reward in the second stanza after she came close to a twister in round one.

When the Brazilian Jiu-Jitsu black belt caught Nunes’ kick and put her on the canvas, she did not let her challenger escape again.

Lee moved to her favored front headlock position and snapped the Brazilian down when she tried to return to her feet. “Unstoppable” simultaneously trapped her rival’s left leg to trip her to the canvas and secured her control on the ground, and then patiently cinched in the anaconda choke and squeezed to get the finish.

Grappling queen Michelle Nicolini put on a submission clinic against Iryna Kyselova, picking up a tight RNC submission in the first!

Eight-time BJJ World Champion Michelle Nicolini is one of the most revered grapplers in history, and she has shown why in The Home Of Martial Arts with three first-round submission wins.

Against Ukraine’s Iryna Kyselova at ONE: VISIONS OF VICTORY, the Brazilian quickly ducked under her rival’s strikes to secure a takedown, and it was one-way traffic from there.

Nicolini moved to the mount position and peppered her rival with strikes, which opened up the opportunity for her to take the back. She slid her right arm under the neck and applied the squeeze until she rendered her opponent unconscious halfway through the opening stanza.

Nicolini is likely to test lee on the ground like never before when she faces her in a strawweight match in the ONE: MASTERS OF DESTINY co-main event.

"E.T." gets it done in under ONE minute!

"E.T." gets it done in under ONE minute!Macau | 23 June | LIVE and FREE on the ONE Super App: http://bit.ly/ONESuperApp | TV: Check local listings for global broadcast

Posted by ONE Championship on Saturday, June 2, 2018

Honorio “The Rock” Banario immediately charged in for a takedown on Ev “E.T.” Ting at the start of their bout at ONE: TIGERS OF ASIA, but that was a mistake against the strong Malaysian-Kiwi.

When the Filipino took his second shot, he put his head outside “E.T.’s” right hip and ran straight into a guillotine. With his grip secured, Ting pulled guard to finish the submission.

“The Rock” tried to defend and rolled to his back, but that only made the hold tighter. Ting pushed his hips forward and pinched his grip to force a hurried tap.

The Bali MMA man will aim to get another quick finish in front of his home crowd against Daichi Abe in Kuala Lumpur.

Posted by ONE Championship on Monday, October 9, 2017

Jomary “The Zamboanginian Fighter” Torres’ debut on the global stage for martial arts ended in submission when she shocked Rika Ishige at ONE: KINGS & CONQUERORS.

Ishige controlled the opening frame with takedowns and top control, but Torres’ explosiveness helped her to power out of bad spots, and she went on the offensive in the second round.

The finish came when a looping right hand dropped Ishige to the canvas and “The Zamboanginian Fighter” did not hesitate for a second to pounce.

She swarmed with punches until Ishige turned away. Then, without even attempting to control her rival with hooks, Torres latched on to a tight choke and squeezed hard until the Thai admitted defeat.

Hometown heroine Jihin Radzuan pulls off an impressive victory with a beautiful triangle choke at 2:23 of round 2!

Hometown heroine Jihin Radzuan pulls off an impressive victory with a beautiful triangle choke at 2:23 of round 2!TV: Check local listings for global broadcast

Jihin “Shadowcat” Radzuan exploded into the world’s largest martial arts organization with a submission victory over Puja “The Cyclone” Tomar at ONE: VISIONS OF VICTORY.

The Malaysian constantly attacked her Indian rival, who gritted her teeth to get out of some tough spots, but she could not stop the tide for too long.

In the second round, Tomar fended off another armbar attempt, but “Shadowcat” quickly stuffed her wrist and threw her right leg over the shoulder to attack for a triangle choke. The Indian athlete tried to resist, but Jihin’s hard punches and elbows combined with a vice-like squeeze to eventually elicit the tap.

The Ultimate MMA Academy product will return the Axiata Arena to face “The Zamboanginian Fighter” in front of a partisan crowd of her compatriots. 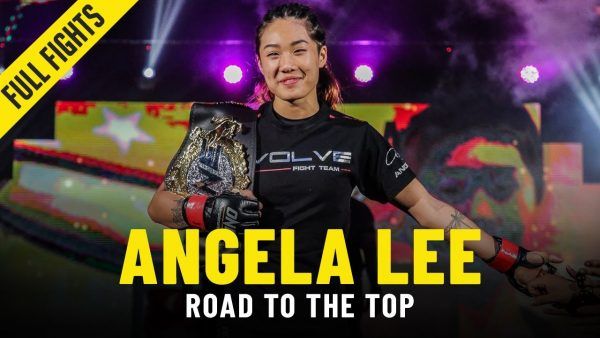 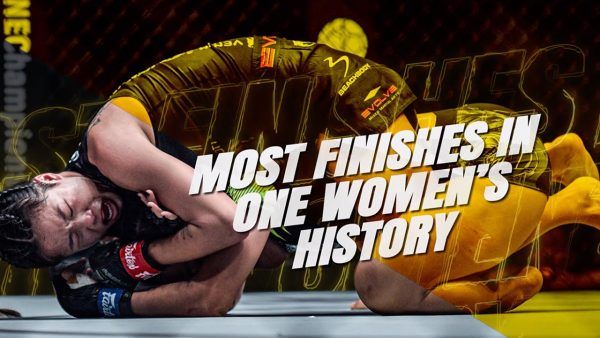 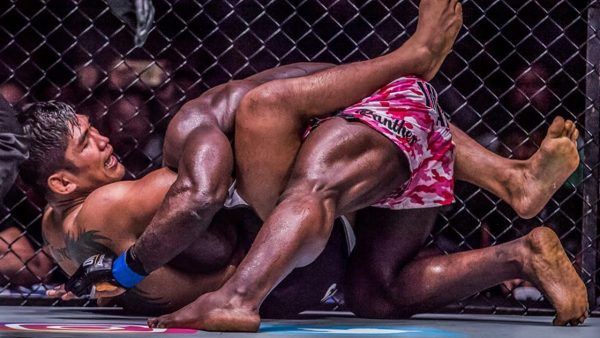