Grappling queen Michelle Nicolini put on a submission clinic against Iryna Kyselova, picking up a tight RNC submission in the first!

Michelle Nicolini, the most decorated female Brazilian jiu-jitsu competitor on the planet, showed off her world-class skills in impeccable fashion on Friday, 9 March.

The eight-time BJJ world champion Hall of Famer quickly put Ukraine’s Iryna Kyselova to sleep with a deep rear-naked choke early in the first round of their catch weight bout at ONE: VISIONS OF VICTORY, which took place at the Axiata Arena in Kuala Lumpur, Malaysia.

Kyselova came out with a flurry to start the opening round, but the Brazilian wanted none of the stand-up, and immediately changed levels to take the match to the ground. 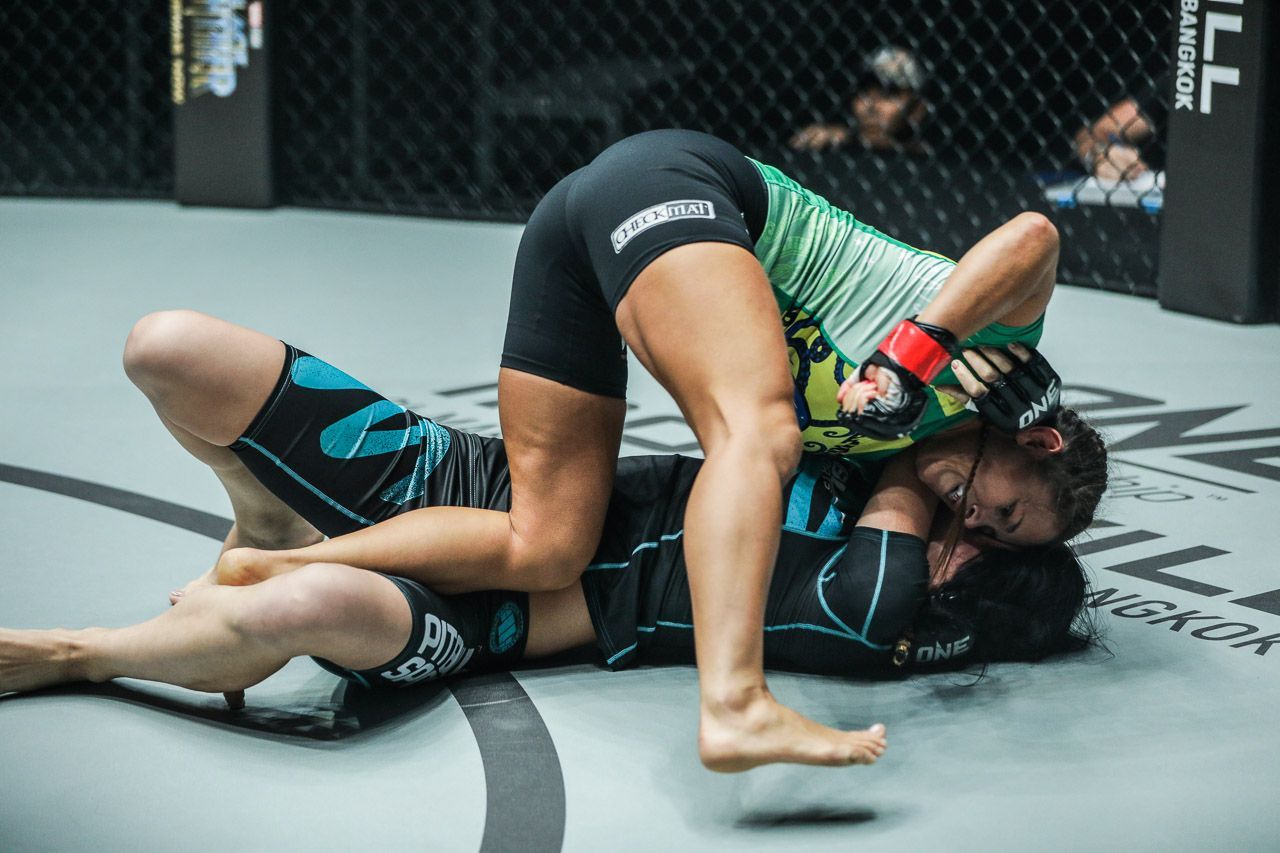 Nicolini then controlled top position the entire time. She showed off her superior ground skills, moving from half guard to mount, before Kyselova eventually gave up her back. That was the beginning of the end, as Nicolini flattened the Ukrainian out, and sunk in a rear-naked choke.

Kyselova tried her best to escape, but she refused to tap out. Her lights subsequently went out, which caused referee Olivier Coste to stop the contest at the 2:26 mark of the very first round.

This was the type of performance Nicolini needed if she truly wants a shot at the ONE Women’s Strawweight World Championship. The Brazilian improves her record to 5-1, and rides a three-bout win streak all via first-round submission. Kyselova sees her record fall to 11-3.