Ryogo “Kaitai” Takahashi has always wanted to entertain the masses, but martial arts was not his only vehicle for doing it.

The ONE Championship featherweight contender also dreamed of making it big in comedy alongside his combat career. In April 2013, as a 23-year-old burgeoning mixed martial artist, he moved from his hometown of Akashi City, Japan, to the nation’s capital of Tokyo to pursue both of his passions.

He found an apartment close to the legendary KRAZY BEE academy to tick the first box, and he enrolled at the Yoshimoto New Star Creation (NSC) comedy school with his childhood friend, Takuya Emi, and their Japanese-style sketch comedy act, Midi-chlorian, to tick the second. 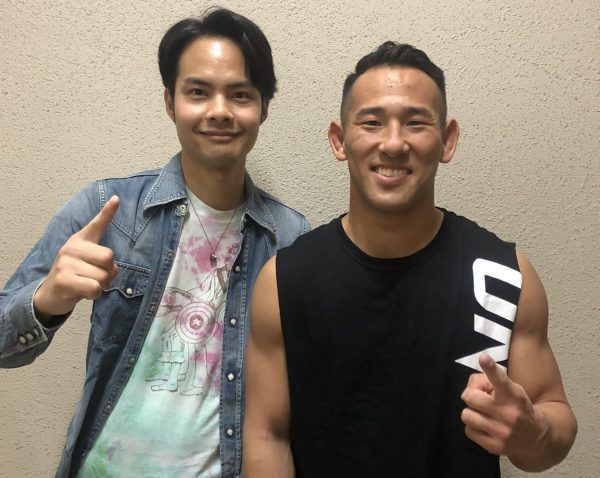 “I was interested in the job of entertainment, too. Back then I was planning to pursue my career as a martial artist, but also as a comedian,” “Kaitai” reveals.

His hometown is in the Kansai region, which is famous for being a center of comedy in Japan, but for the aspiring stars, it had to be the bright lights of the big city.

“If I became famous only in Kansai, to gain nationwide fame I would need to become famous again in Tokyo,” he adds. “So I thought it would be better to go to Tokyo from the start.”

Takahashi trained at KRAZY BEE in the morning, then went to comedy school to take classes and practice his skits, then went on to work part-time at night.

It was a tough grind, physically and emotionally, but he endured it because of his passion.

“Looking back, I cannot help being surprised at how I survived with this schedule. I was scratching out a living, but it was fulfilling,” he remembers.

Takahashi and Emi were committed to improving their craft and shared their performances as much as possible with the experts at NSC, but he admits it was hit and miss with their performances. Some days they were well-received, and on others they were told their sketches were incoherent.

Still, they stuck with it, and even tried to involve martial arts as a nod to their love for the sport outside of the comedy realm.

“Most of all, we were so proud of our potential that we wanted to be famous, not because of the martial arts background, but because of how funny we were.”

In the meantime, Takahashi kept training hard. In March 2014, right before he finished his year-long stint at the school, he defeated Taiki Tsuchiya in Shooto to move to 5-1.

After graduation, they started performing at a public theater owned by Yoshimoto in Tokyo’s Shibuya area, and life got busier again.

Takahashi’s training regime consisted of 90-minute sessions in the mornings, and the rest of his time was spent at his part-time job and performing on stage.

He lost back-to-back bouts in 2014 for the first and only time in his career, while Midi-chlorian also struggled to gain recognition.

The Shooto Pacific Rim Featherweight Champion started to realize that he was spreading himself too thin and not doing either of his pursuits justice. Though he believed in his comedy, the duo did not get a lucky break, and he knew it had to be all or nothing.

“There were a lot of struggling comedians, and I think I was not confident enough,” he offers.

“I was also serious about martial arts. But as I became more conscious of the career as a comedian, I stopped sparring right before my comedy performances. I started thinking that it would not good to be in front of the audience with bruised eyes. In the end, comedy and martial arts became disjointed.

“I realized that if I ran after two hares, I could not beat those who ran after one. I was in-between and halfway. I asked myself which one I would like to do. Then I felt more passionate about martial arts.”

Emi understood his friend’s decision as he went all-in on his life as an athlete. It paid dividends, and with a single-track mind, he stormed back on a six-bout win streak, even in the face of a career-threatening injury.

That impressive run, which included his Shooto title win, earned him a spot in the world’s largest martial arts organization.  In May 2019, he made an impressive debut on the global stage with a TKO win over Keanu Subba at ONE: FOR HONOR. 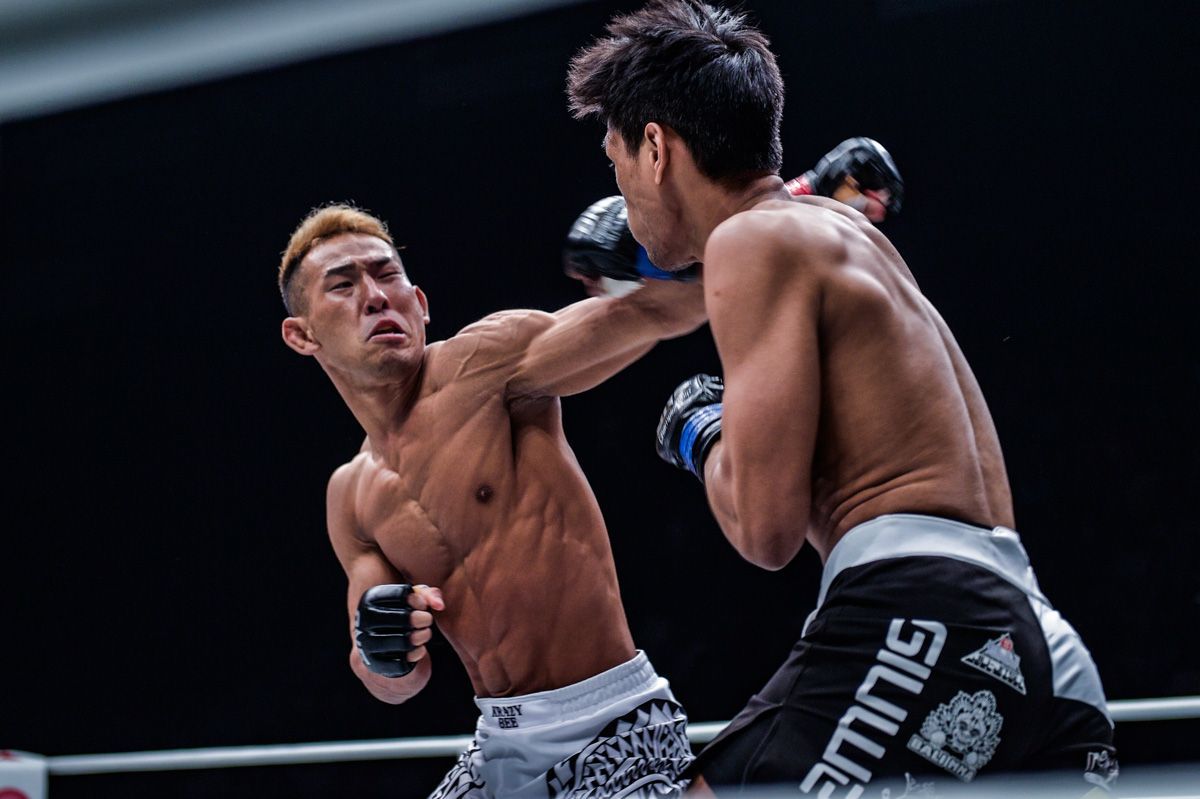 Though “Kaitai” now knows that it was an uphill task to chase two dreams at the same time, he believes it was an invaluable experience and a fun part of his life.

“It was good to have that experience because these two things are similar when it comes to showing your performance in front of audiences,” he offers.

He now has no inclination to return to the comedic stage after eyeing the top of the ONE featherweight division. But does that mean the comedian inside has completely left him?

“Please pay attention to my performance when I win bouts,” Takahashi teases.

“I have at least three non-verbal gags, which surely will crack up the fans from all over the world. Even though they don’t understand Japanese, I am sure that they will break into a huge laugh. So root for me to win so you can witness it!”