Most fans believe that Ryogo “Kaitai” Takahashi and Tang Kai could provide one of the most explosive clashes at ONE: FISTS OF FURY II, and the two striking specialists are inclined to agree.

Japan’s Takahashi and China’s Tang are both eager to prove that their striking style is superior when their previously recorded fight airs this Friday, 5 March. And given that collective mindset, the most likely outcome is a dramatic finish.

“I was assuming that I would fight Tang Kai sooner or later. This was one of the matches I was looking forward to, and I’m really excited to fight him,” Takahashi says ahead of the featherweight mixed martial arts tilt at the Singapore Indoor Stadium.

“My opponents are getting tougher and tougher,” Tang states. “[Beating Takahashi] can make me jump into the top five, so this is the most exciting point for me.”

The hard-hitting stars have combined for 19 knockouts in 25 career victories, and they’ve both delivered fireworks since joining ONE Championship.

Takahashi has finished both of his wins in the promotion, and while he respects his opponent’s slick offense, he expects to deliver number three in “The Lion City.”

“[Tang] seems like a very smart athlete. He always sticks to the plan that his coaches prepared, so I feel like he is a very smart and good fighter,” the Krazy Bee representative says.

“He has a lot of KO wins, but I am the same. We’re very similar fighters, but to be honest, my striking is more powerful and dangerous than his, so if he tries to knock me out, I will knock him out and win.”

Tang is equally confident. While he went the distance in his last two victories, he showed his stopping prowess against Sung Jong Lee and is riding a six-fight winning streak into this battle.

With all that momentum, the Qingdao native believes he will be able to deal with the immense power of Takahashi.

“I think he is very strong. You can see that from his body shape. He can punch hard, and his muscles are bigger than mine,” Tang says.

“But I think when you talk about speed, movement, all the technical things, I don’t think he can match me. I think I am definitely a better technical fighter than my opponent, and I will knock him out in this fight.”

With both men gunning for a KO win, there will be plenty of action in the Circle. Plus, both fighters are well-aware that this high-level clash will have a significant impact on the featherweight division. 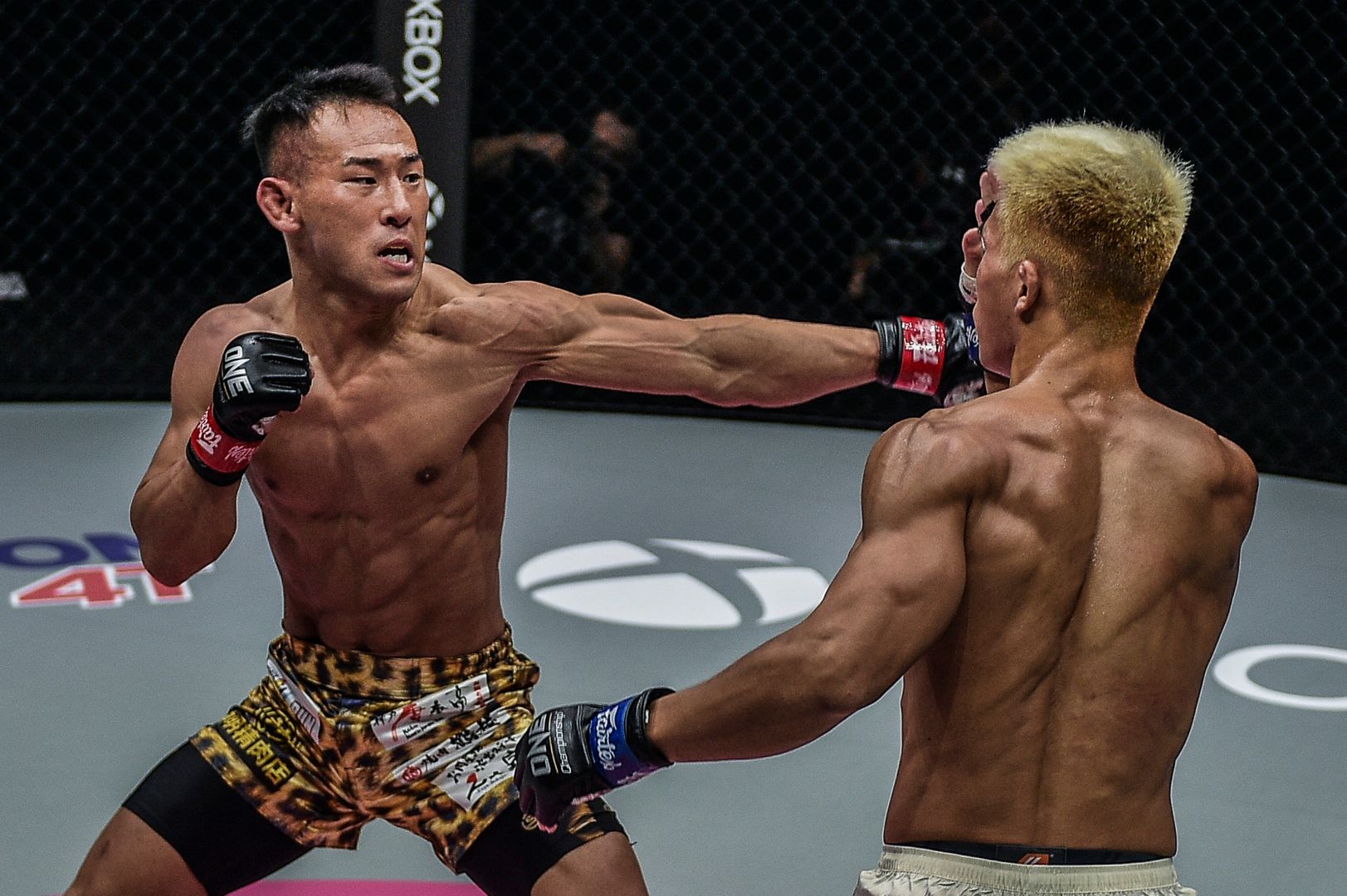 Takahashi has his eyes on a rematch with reigning ONE Featherweight World Champion Thanh Le, while Tang is eager to earn his first shot at the Vietnamese-American hero.

“There are a lot of regrets [from the first match with Le]. What I’m doing right now is trying to get back on a winning streak to prepare for a rematch,” Takahashi says.

“I am already prepared to knock [Thanh Le] out, so any time, bring it on. I am ready to beat the champion.”

On the other side, Tang is also chasing a shot at the belt.

“Beating Takahashi would put me on the map and make me one of the top contenders for the World Title,” he says.

“I watched [Thanh Le’s] fight with Martin Nguyen. It was not impressive for me, and I think I would get a huge win over him if I get the title shot.” 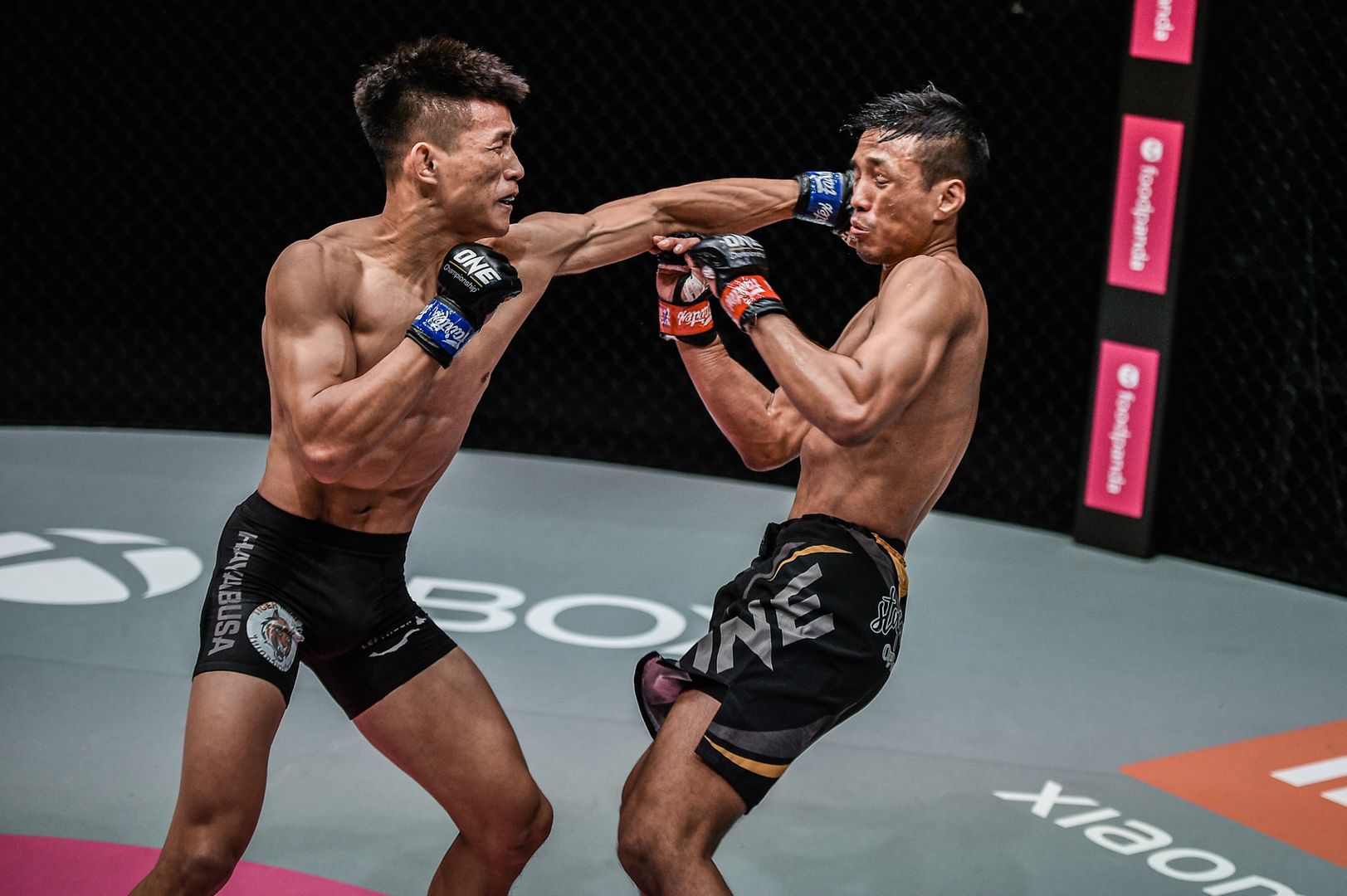 Of course, neither man can take anything for granted given the scale of the task immediately in front of them.

Takahashi and Tang are both taking their assignment in Singapore extremely seriously, and they are prepared to go out on their shield in pursuit of the victory.

“It will be a crazy, tough, aggressive fight for sure with stand-up striking,” the Japanese athlete states.

“There is not really a plan. I will probably show my low kicks, that’s my signature move, and just beat him up, show my striking, and finish it.”

For his part, Tang sees the fight ending differently.

“I will always consider every opponent the toughest challenge of my career,” he says. “So mentally, I am prepared, and I will win by knockout.”