The hype was real. Catch up on an incredible night of history-making martial arts action right here!

The hype was real. Catch up on an incredible night of history-making martial arts action right here!

The world is still talking about ONE Championship’s historic night in Bangkok, Thailand, and rightfully so.

Last Saturday, 24 March, at ONE: IRON WILL, a slew of unforgettable memories were made inside the Impact Arena.

Bibiano “The Flash” Fernandes edged out two-division ONE World Champion Martin “The Situ-Asian” Nguyen in the biggest bout in the promotion’s history, and a couple of new names entered the record books.

There are many terrific moments, but here are the four most unforgettable of the night.

All Five Rounds Of Fernandes VS Nguyen

The biggest match in the promotion’s history served as the night’s main event, and it did not disappoint.

For 25 minutes, the two warriors engaged in a strategic chess match, with each man wary of the other’s strengths.

Nguyen slowed down Fernandes with leg kicks, and landed some huge shots that caught the Brazilian kingpin’s attention, especially in the third round. 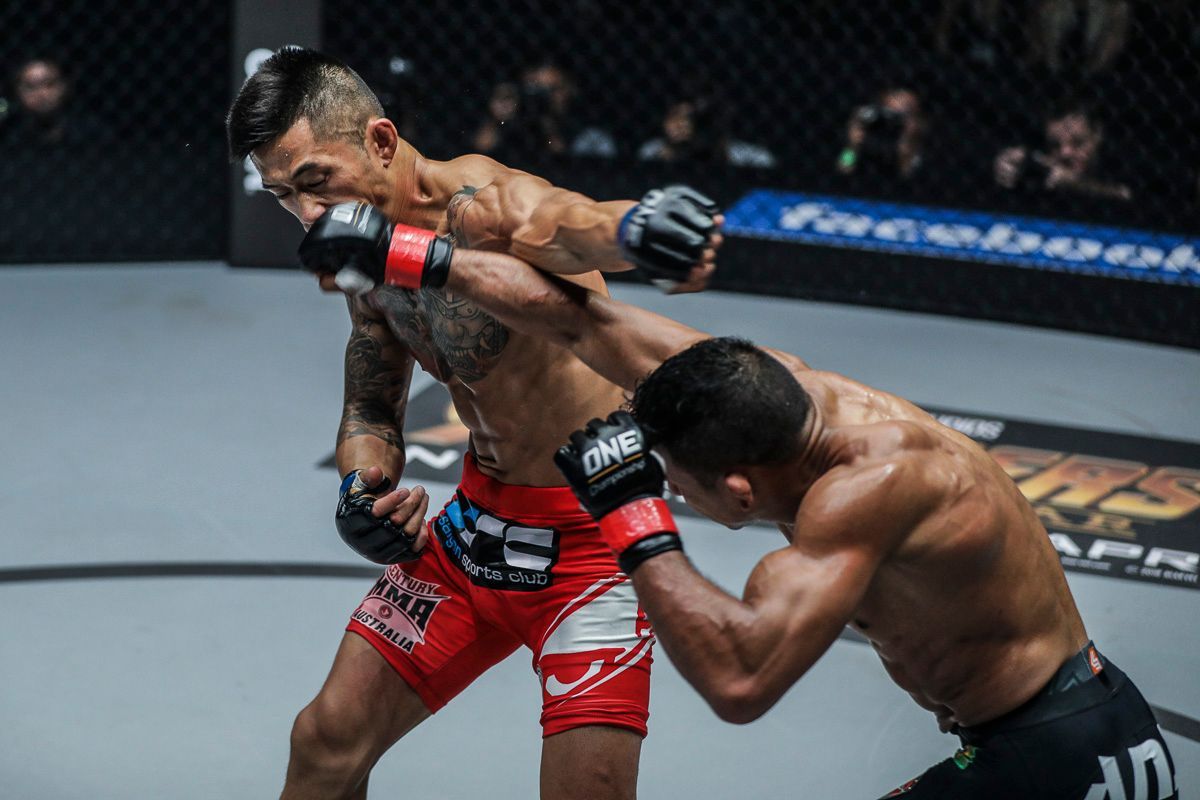 “The Flash,” however, responded in kind with straight rights and leg kicks of his own. Also, he threatened with some rear-naked choke attempts after taking the Vietnamese-Australian’s back.

The fans were on the edge of their seats throughout the contest, and it appeared as if Nguyen might have had a slight advantage entering the final stanza. But Fernandes became more aggressive, and dropped the challenger with a powerful right with 75 seconds left in the bout, which very well could have turned the tides in his favor.

Fernandes left Bangkok with his belt via split decision, and now holds the record for most victories inside the ONE cage at 10. The contest itself will undoubtedly be a Bout of the Year candidate, and long be remembered as the toughest test of the dominating champion’s career.

It could not have gone any better for Garry “The Lion Killer” Tonon.

After an incredible grappling career which saw him capture multiple Brazilian jiu-jitsu world championships, the 26-year-old American translated that success to the cage in his debut under ONE’s Global Rule Set.

Surprisingly, he did not lean on his grappling expertise against Filipino striker Richard “Notorious” Corminal. Instead, he opted to showcase his stand-up game, and out-struck the striker.

Tonon dropped Corminal with a cross at the end of the first round, and nearly finished him right then and there with ground strikes. The American would get the job done late in the second round, as he easily secured full mount, and dropped ground and pound until the referee stopped the bout.

Simply put, Tonon could not have asked for a better debut. He defeated a tough lightweight in his first contest, and displayed a tremendous new skill set to compliment his world-class grappling pedigree. “The Lion Killer” is indeed emerging as a complete martial artist.

Gone in 21 seconds. Bangkok bruiser Shannon Wiratchai KO’s Rahul Raju in round 1, the 2nd fastest KO in ONE Lightweight history.

The Thai welcomed tough Singapore-based Indian Rahul “The Kerala Krusher” Raju to the ONE cage, avoided his forward-pressing striking attack, and knocked him out with a right hook in 21 seconds. That would become the second-fastest knockout in the lightweight division’s history.

It was a brilliant strike from Wiratchai, who showed class in the aftermath of the victory, as he checked on the well-being of his opponent seconds later.

The Bangkok native needed a strong victory to erase the memory of his last defeat, and now he builds some more confidence moving forward in his quest to become the ONE Lightweight World Champion.

Evidently, Wiratchai is not the only one who found himself in the record books. Jeremy “The Jaguar” Miado made his mark, too.

The Filipino striker acknowledged his rough start in the promotion, but promised to defeat a Muay Thai living legend in former ONE Strawweight World Champion Dejdamrong Sor Amnuaysirichoke.

On paper, Miado appeared to be at a disadvantage. He was competing against a much more accomplished and decorated Muay Thai striker, and was challenging the warrior on his home turf.

Still, “The Jaguar” was determined, and fearless. Miado, who also has Muay Thai background, used his reach advantage to maintain distance. The Filipino flashed his hands and slick movement to perfection, as he connected with stiff punches on the Thai legend.

That led to a fierce exchange, resulting in a match-ending hook to the chin, which subsequently put Amnuaysirichoke’s lights out.

Not only did Miado defeat a legendary striker and multiple-time world champion, but did so in impressive fashion. He is the first person to knock out Amnuaysirichoke inside the ONE cage, and taking only 1:29 to do it, he now owns the second-fastest knockout victory in ONE’s strawweight division.