Shinya “Tobikan Judan” Aoki is off to a terrific start in his quest to reclaim the ONE Lightweight World Championship.

The Japanese icon, who spent the previous 12 months focused on a welterweight world title challenge and a pair of Grappling Super-Matches, made a successful return to ONE Championship’s lightweight division on 18 May.

He squared off against Rasul Yakhyaev at ONE: UNSTOPPABLE DREAMS in Singapore, and submitted him in the first round via triangle choke.

Despite the Russian’s prowess in the grappling arts, Aoki’s abilities – honed to perfection through specific training for his two Grappling Super-Matches – meant his skills were just too sharp.

While Aoki advanced his position, Yakhyaev attempted to scramble away, but his efforts turned out to be the beginning of the end for him.

As “Tobikan Judan” tried hopping onto his adversary’s back, the Russian dropped back onto the canvas, but the icon adjusted his position in a split-second to secure a mounted triangle.

Aoki rolled onto his back to tighten the hold, and then trapped his opponent’s arm to force the tap at 3:15 of round one.

“Rasul was a good challenge. He was strong and technical,” the 35-year-old from Tokyo, Japan says. “I initially tried a rear-naked choke, but in the end, it was the triangle choke that I caught him with.” 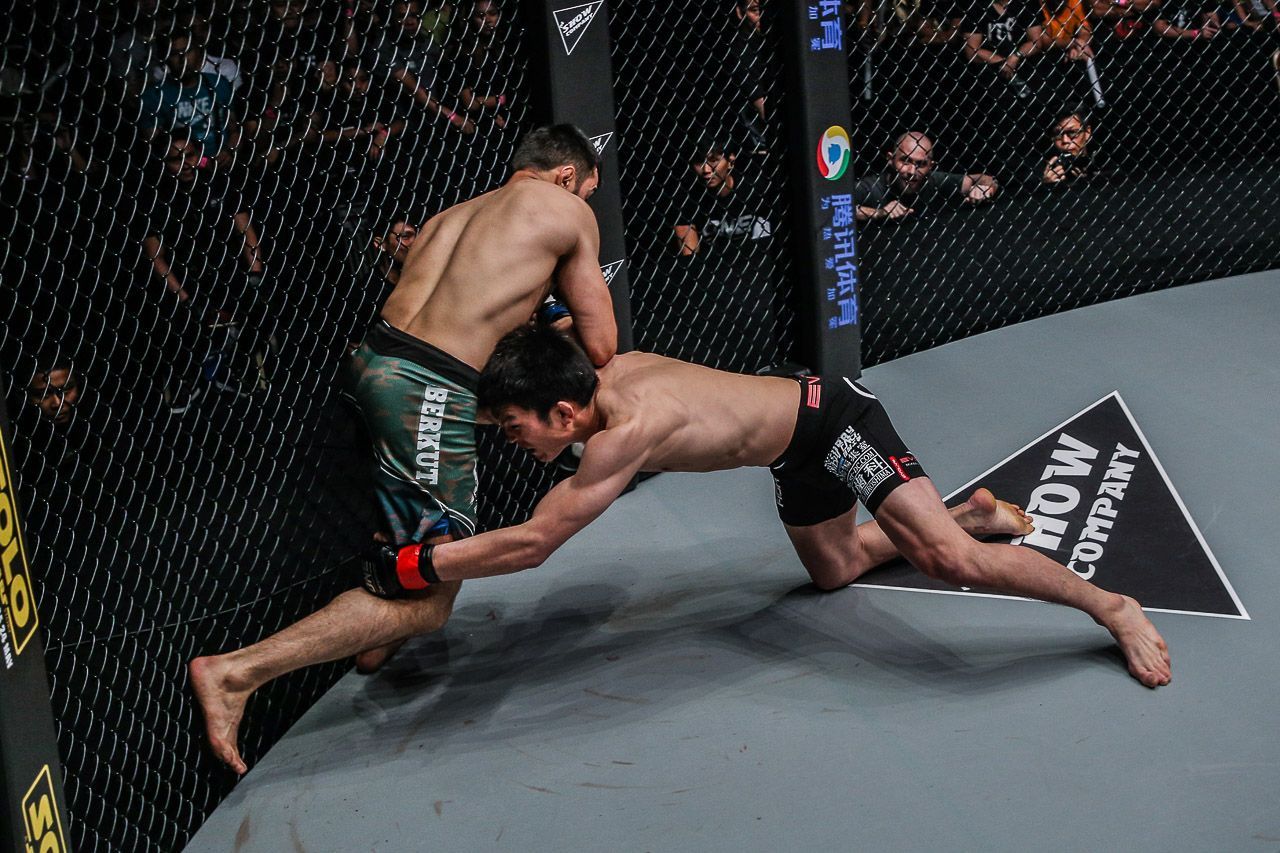 The victory was a good starting point for Aoki’s renewed efforts to recapture the ONE Lightweight World Title he lost in November 2016.

With that in mind, he has paid attention to the division’s current landscape, and watched closely as two-division ONE World Champion Martin “The Situ-Asian” Nguyen defended his featherweight belt in the co-main event of ONE: UNSTOPPABLE DREAMS.

The representative of Australia and Vietnam defeated Christian “The Warrior” Lee after five rounds of action.

“Tobikan Judan” acknowledges Nguyen is “a great athlete,” and his defeat of Lee – who is Aoki’s Evolve MMA teammate – proved that. “Christian is a wonderful athlete. He is very mentally strong, even at the young age of 19,” Aoki begins. “Martin beating Christian showed how good he is, as Christian is really good as well.”

Aoki believes he has to keep on winning in order to secure a world title shot at Nguyen – even though the champion believes “Tobikan Judan” should be next in line. However, he has always been driven by his hunger to compete – whomever the opponent.

With his attention now focused completely on mixed martial arts competition, he is willing to take on all comers. However, to satisfy his appetite, the Japanese competitor has a specific kind of athlete in mind for his next outing.

“I want to get back into the ONE cage as soon as possible,” he states. “I do not know who I will face next. I would like to face an opponent that I have not had the chance of challenging myself against yet.”

That desire would rule out another former champion, Eduard Folayang, who also got back on the winning track at ONE: UNSTOPPABLE DREAMS.

However, there is a host of lightweight contenders that would provide a compelling challenge for Aoki.

Timofey Nastyukhin, Ev Ting, and Honorio Banario boast some of the most impressive runs in the weight class, whereas Amir Khan, Ariel Sexton, and Shannon Wiratchai would pose significant tests as proven contenders of the division.

Add in the champion himself, and there are plenty of compelling match-ups available for Aoki.