Gaol, a national champion and Wushu World Championship bronze medalist in wushu, had a difficult time transitioning to the cage in 2017. But since the start of 2018, it is clear she has gotten accustomed to the bright lights and elite level of competition.

“The first few times in front of a crowd at a ONE Championship show, I was very nervous,” the 29-year-old Indonesian atomweight admits. “After three or four times, you get used to it. The more I compete, the more experience I get. It does not matter if I win or lose.”

Now, the Jakarta native is more seasoned, and finds herself on a two-bout win streak. On Friday, 23 February, Gaol earned her second-straight first-round victory by submitting Filipino debutante Krisna “Phoenix” Limbaga at ONE: QUEST FOR GOLD in Yangon, Myanmar. 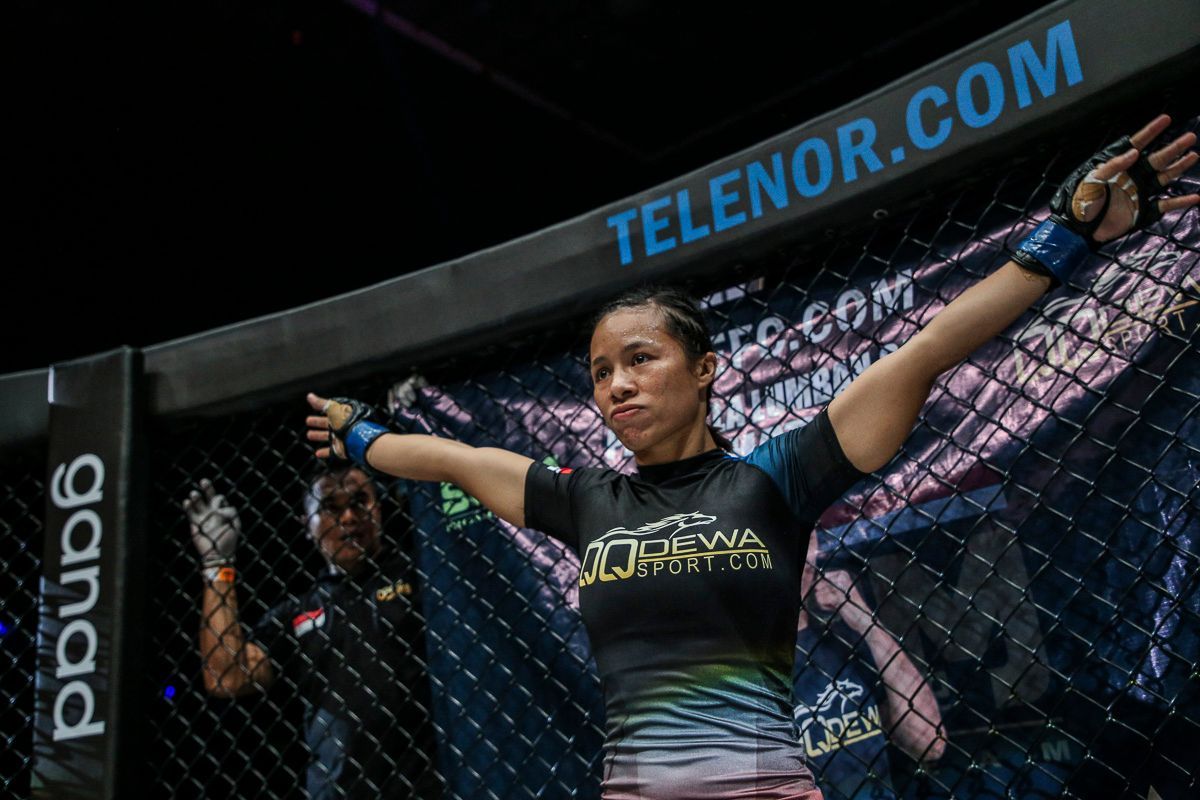 The Indonesian exchanged strikes with the Filipino Muay Thai specialist early in the stanza, but soon brought the contest to the ground, and capped off her dominant grappling with a dynamic submission victory.

“It was improvised. My coach [Zuli Silawanto] said you could do different types of armbars, and he encouraged different approaches.” 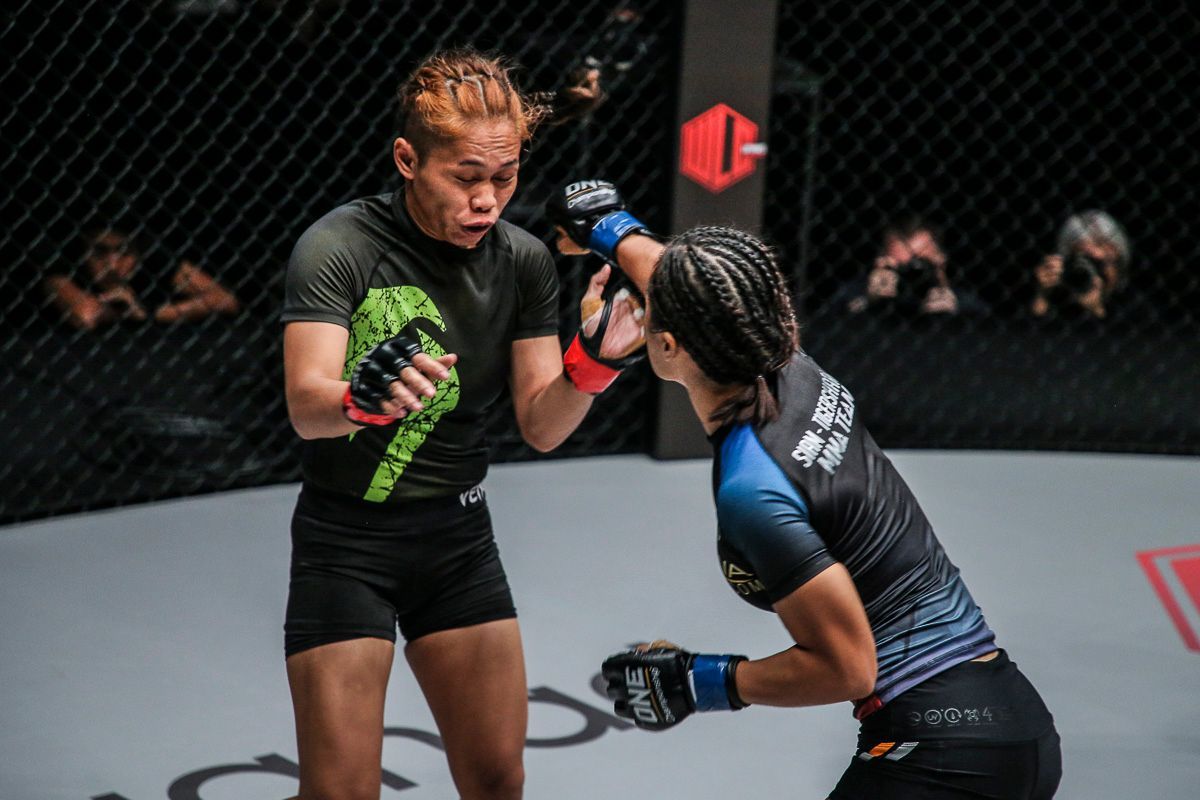 For the past few months, Gaol has constantly made herself available to compete on short notice, and it paid off in Yangon against Limbaga, whom she agreed to face just about a month after she competed in Jakarta.

While she is targeting a May return date, presumably at the promotion’s next Jakarta show, ONE: GRIT & GLORY, she remains ready to compete at a moment’s notice.

“I want to keep training and training, and sharpen my skills,” she explains.

“My strengths are still striking, and my weaknesses are on the ground. I will be more focused on Brazilian jiu-jitsu, because I already have the basics of striking down thanks to wushu. I want to be the best. I want to get more matches and wins, and hopefully get the belt.”

There is someone the Indonesian has her eye on, however.

“I want to face Mei Yamaguchi,” she continues. “I hope to get a match with her, maybe not too soon. She is a great athlete.”

While that would be an entertaining bout, it may not happen for quite a while. As it stands, Yamaguchi is scheduled to challenge reigning titleholder Angela Lee for the ONE Women’s Atomweight World Championship on Friday, 18 May, at ONE: UNSTOPPABLE DREAMS in Singapore.

The Indonesian is not stressed about it. She is satisfied with improving upon her skill set, accumulating more time inside the ONE cage, and helping to keep her siblings on the straight and narrow path.

For instance, her brother has recently moved to her gym, Siam Tigershark, in an effort to escape the lure of drug addiction. The young man, who has just graduated from high school, is training in Muay Thai.

“I want him stay away from drugs and alcohol,” she explains. “He does not have any problem, but the environment is not good. A couple of kilometers from the house, there are lots of drugs. I do not want him to fall into it.”

The Indonesian atomweight knows all about the transformative powers of martial arts, and now, as she continues her ascension up the ranks, she can watch her little brother grow as a man, and embark on a martial arts journey of his own.