All martial artists have to endure periods of difficulty, whether it is in their training or their own lives growing up. But the world’s best are conditioned to accept the obstacles that are presented to them, and use the skills they have learned through years of training to overcome adversity and move forward.

Nowhere was this better illustrated than inside the ONE Championship cage in 2017, as we saw some remarkable comeback performances that highlighted the quality of perseverance that underpins every successful athlete.

With that in mind, here are ONE’s Comebacks of the Year 2017.

Posted by ONE Championship on Friday, December 15, 2017

Making your promotional debut under the bright lights of the ONE cage is a daunting task, but it was even more taxing for Swedish welterweight Zebaztian “The Bandit” Kadestam. After all, he was stepping in on just two weeks’ notice to take on Brazilian powerhouse Luis “Sapo” Santos at ONE: DYNASTY OF HEROES in May.

Santos, a former welterweight world title challenger, dominated the first round, and appeared to be cruising in the second as he continued to hold the upper hand in both the striking and grappling departments.

Matched up against a short-notice opponent, the Brazilian was clearly keen to earn a stoppage finish, and make a definitive statement to the rest of the welterweight division. But those efforts to finish Kadestam started to take their toll on Santos’ gas tank, and “The Bandit” took full advantage in dramatic fashion. 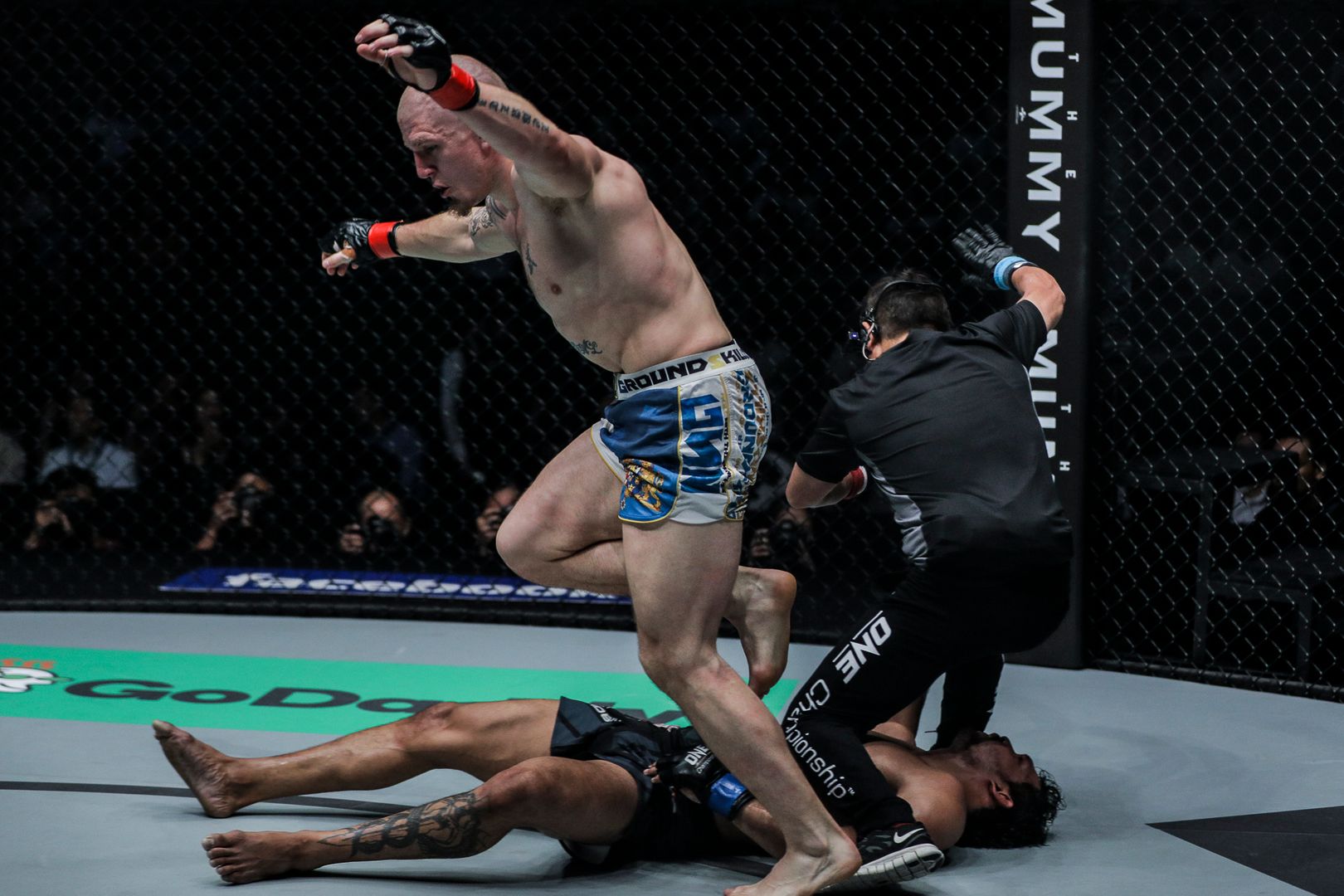 The Swede successfully stuffed a slower-than-usual takedown attempt from the Brazilian, then lit him up with punches before finishing an exhausted Santos with two huge knees to cap an astonishing upset – and our Comeback of the Year.

“I never got frustrated in that match. I was just very focused, and knew nothing would come easy against him. My confidence grew stronger round by round,” he explains, recalling the bout.

“My mindset was to go after it. I knew I had to finish to get the victory. I tried to put on a lot of pressure right away. He just tried to wrestle, but I could feel he was tired, so I kept getting back to my feet, and kept the pressure on until the opening came.”

Age has nothing on Kotetsu “No Face” Boku.

Age has nothing on Kotetsu “No Face” Boku.

Japanese star Kotetsu “No Face” Boku is one of the most recognizable figures in ONE. The former ONE Lightweight World Champion cuts a distinctive figure in the cage, and always brings the action in his bouts.

The veteran had to show all his determination and tenacity to claim a thrilling come-from-behind win over Eric “The Natural” Kelly, when the pair met at ONE: KINGS & CONQUERORS.

Boku was in big trouble in the opening round, as Kelly dropped the Japanese veteran to the canvas with a big right hand, and he was sent to the mat again in the second frame with another combination as the Filipino dominated the exchanges.

Despite being dropped twice in the opening two rounds, Boku rallied in the third, and with Kelly slowing down noticeably, “No Face” eventually scored a third-round TKO finish to prove to the world that when it comes to skill, tenacity, and sheer will to win, the 40-year-old still has it.

“Keep an eye on her, because she’s going places.”

“Keep an eye on her, because she’s going places.”

Posted by ONE Championship on Thursday, December 21, 2017

When Jomary Torres stepped into the cage to face rising Thai star Rika “Tinydoll” Ishige at ONE: KINGS & CONQUERORS, the odds seemed to be stacked against her. After all, she was taking on a huge hometown favorite in her home country. But the tough Filipina had other ideas.

From the very start, Torres pushed forward, seemingly walking through Ishige’s strikes. But it was almost all over when the Thai got Torres to the ground, and almost suceeded in a series of submission attempts. Torres defended well, however, and made it to the end of the round.

In the second stanza, it was Torres who took the initiative, and the bout. She caught an Ishige kick and countered with a huge right hand that dropped the Thai athlete. Torres then piled on the pressure before switching to a rear-naked choke, which ultimately forced the stoppage and announced Torres as a force to be reckoned with in the women’s atomweight division.

The ONE punch KO man.

The ONE punch KO man.

Posted by ONE Championship on Sunday, December 24, 2017

After three consecutive defeats, Filipino boxer-turned-martial artist Roy Doliguez desperately needed a victory heading into ONE: TOTAL VICTORY in September. But after two rounds of action against fellow former title challenger Yago Bryan from Brazil, things were not looking good for “The Dominator.”

Bryan imposed his grappling-heavy skillset on Doliguez from the very start, leaving the Filipino out of his element and running out of ideas. After two rounds of being dominated on the mat, the Filipino refused to let things continue the same way in the third.

Midway through the stanza, he walked Bryan into a perfectly-placed straight left that put the Brazilian on the seat of his pants, and forced the referee to call off the contest. Doliguez finally achieved his first win inside the ONE cage, and earns spot number four in our Comebacks of the Year list.