Shoko Sato is a tried-and-tested champion among champions, but it took him more than a decade of constant competition to finally break through to win a Shooto World Title.

Now established as one of the most accomplished bantamweights on the planet, the 31-year-old is ready to go for his sport’s top prize against the top competitors in ONE Championship, and he can move one step closer on Friday, 31 January, at ONE: FIRE AND FURY with a win against Kwon “Pretty Boy” Won Il.

Ahead of that match-up at the Mall Of Asia Arena in Manila, Philippines, Sato reveals all about how he began his martial arts journey, and how he leveled up to take his place among the elite. 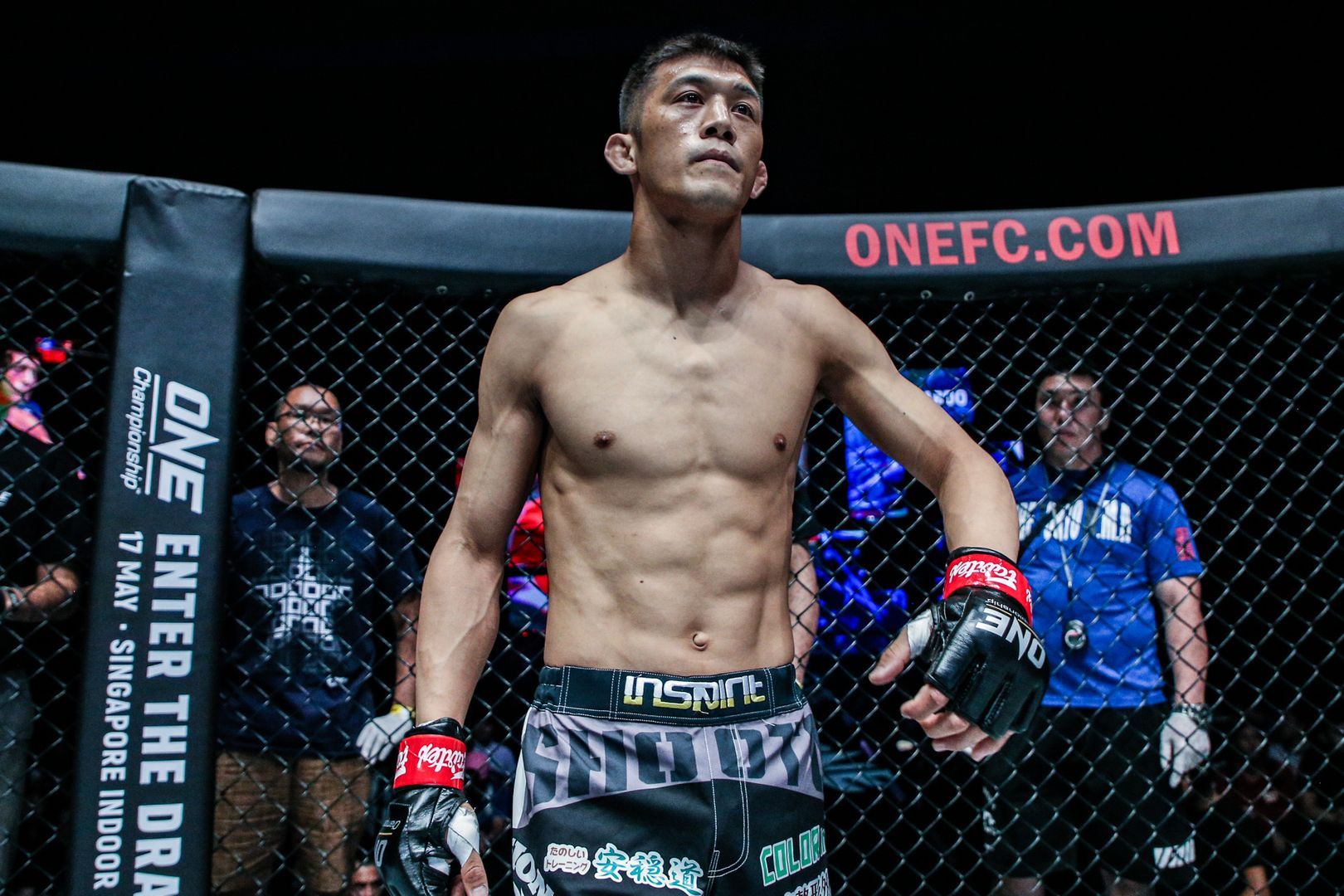 Sato grew up in the Meguro area of Tokyo with his elder brother and sister – one and three years older, respectively – and his parents.

He was encouraged by his mother and father to follow his own aspirations, and that made him stand out from his peers in Japan, which is very conservative and speaking one’s mind is often frowned upon.

Though he admits he and his brother were in little scraps almost daily, he was not a bad child. He was full of energy, notorious for running everywhere he went, and channeled his energy through soccer from elementary school until the end of high school.

However, when he was accepted into Meiji University on a scholarship, he changed his focus and the course of his life. With a lot of free time on his hands while his peers studied for university entrance exams, he decided to start something new.

Part of him felt like sticking with soccer, but he was disillusioned by spending too much time on the bench. He was interested in boxing, kickboxing, and mixed martial arts, so he joined an elite dojo known as Killer Bee Gym (now Krazy Bee) and trained under the late Japanese superstar Norifumi “Kid” Yamamoto. 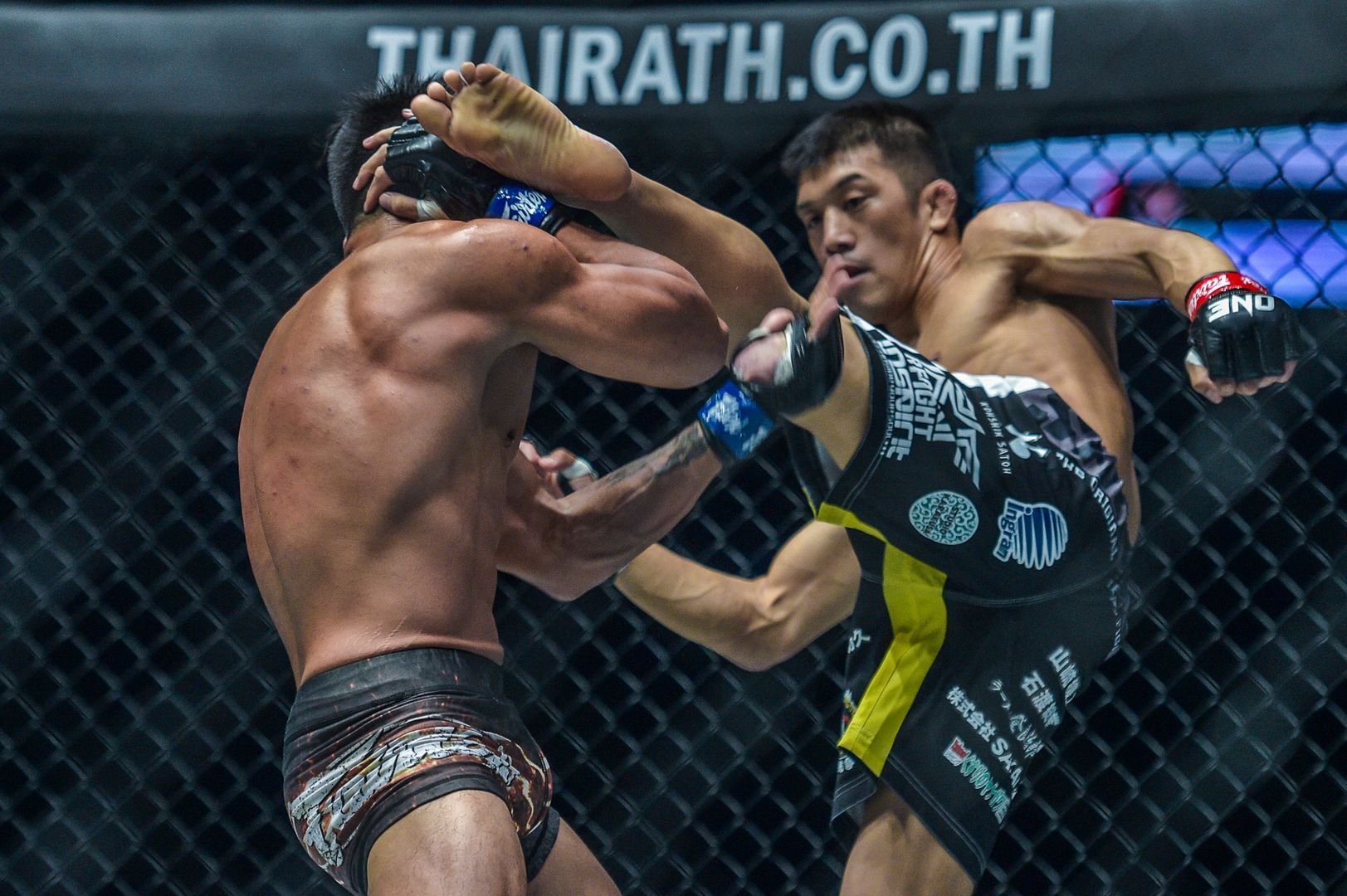 At first, martial arts training was just a hobby for Sato, but after a few months as a beginner, he moved to Yokohama to study and joined Sakaguchi Dojo to train under Pancrase veterans, Yukio Sakaguchi and Kosei Kubota, along with the current Pancrase Lightweight World Champion, Isao Kobayashi.

At university, academics and martial arts practice became his life. He was fascinated by learning new skills and loved the camaraderie with his teammates.

“It’s fun practicing new techniques, catching training partners for the first time, and chatting together after a session,” he says.

After just six months, his teammates persuaded him to enter a Brazilian Jiu-Jitsu competition. Eager to test his new-found skills, he jumped in at the white belt level.

“I lost quickly by submission and remember feeling very frustrated about it,” he remembers.

Sato was not put off by his setback and soon began a career as a mixed martial artist under the Pancrase flag in 2007. Five bouts in his first year as a professional suggested he was one to watch.

The Final Hurdle To Grab Gold Sato graduated from university with a Science and Engineering degree in March of 2010. He told his parents that he would work full-time, but his priority was his athletic career.

Over the next 10 years, he became one of the most experienced high-level mixed martial artists in the world, but as he entered his physical prime, a major championship had eluded him.

That changed after he started to shine in the Shooto organization and earned a shot at its World Title. Unfortunately for him, he missed out on the belt after he battled to a draw with Keita Ishibashi.

“I felt that I’d disappointed all those expecting me to win. I couldn’t win the belt, but I felt I had given everything in the match, so I didn’t feel much regret. I could live with it,” he says.

“It’s frustrating to lose, but it doesn’t stop me. The feeling of winning is the best. I love being in my own world in the cage, that tense feeling with just me and my opponent.”

Luckily, his performance, and then a spectacular head-kick KO in his comeback earned him the chance to go for gold in a rematch seven months later, which he won via unanimous decision to become Shooto Bantamweight World Champion.

“I don’t remember much about it. My mind went blank, and it was only afterward that it sank in that I’d become the champion. I remember feeling very relieved more than anything,” he adds. 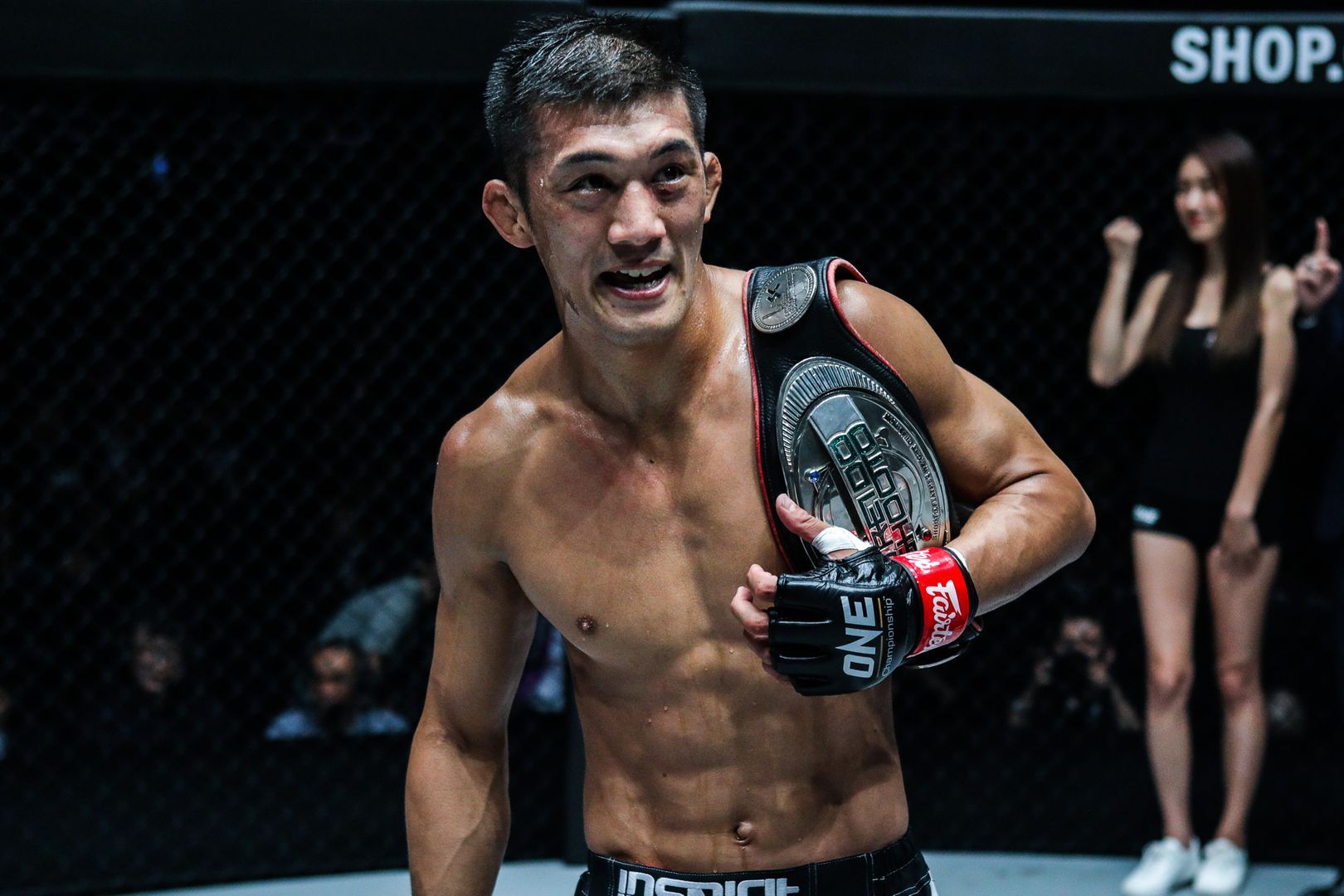 Two defenses established Sato as his division’s most dominant World Champion in a decade and showed he was the kind of talent that would fit right into The Home Of Martial Arts.

He made his ONE debut last May and lived up to the hype with an outstanding performance against Mark “Tyson” Fairtex Abelardo, which he ended with a TKO.

He looked even better when he returned to the Circle at the biggest event in the history of the world’s largest martial arts organization. On home turf in Tokyo at ONE: CENTURY, he shut down Pancrase Bantamweight World Champion, Rafael Silva, with another second-round knockout.

It was a showcase bout between the top dogs from Japan’s top organizations, and Sato was delighted with his performance.

“I’ve been able to get two good wins in ONE last year,” he says.

Those results dropped Sato firmly into the mix of top contenders in the bantamweight division, and he is keen to earn his chance to challenge for the ONE gold. Until then, he is happy to face the toughest challenges and put on a show for the fans.

“Of course, I want to face the champion Bibiano (Fernandes), and the former Champion (Kevin) Belingon,” he says.

“Also, I think I’d make an interesting match-up with John Lineker – he’s a very strong athlete. ONE has many types and lots of interesting fighters, so I’d like to fight anyone.

“I’m going to treat each match with care. If I use my strengths I think things will go well for me. I want to be myself, give 100 percent, and move the crowd with every match.”