Being a professional mixed martial artist is one of the toughest jobs in the world.

From the intense training schedule to competing in front of packed crowds in various different countries, it is crucial for an athlete to have a very good support system.

Luckily for Jeremy “The Jaguar” Miado, he does not need to look that far for emotional support.

At the beginning of 2018, right when Miado was about to start gaining traction in his ONE Championship career, he met Chesla Nuval at the UGB MMA facility in Marikina City, Philippines.

The Filipina, who is also a mixed martial artist, originally stepped into the gym to prepare for a scheduled bout in South Korea. But instead, she found a match made in heaven with “The Jaguar.”

“I met her back when she joined our team. She was supposed to fight in Korea, so that’s where we met and where we started,” the 27-year-old strawweight recalls.

“What got my attention was how nice she was, how understanding she was, and, of course, she was pretty.” 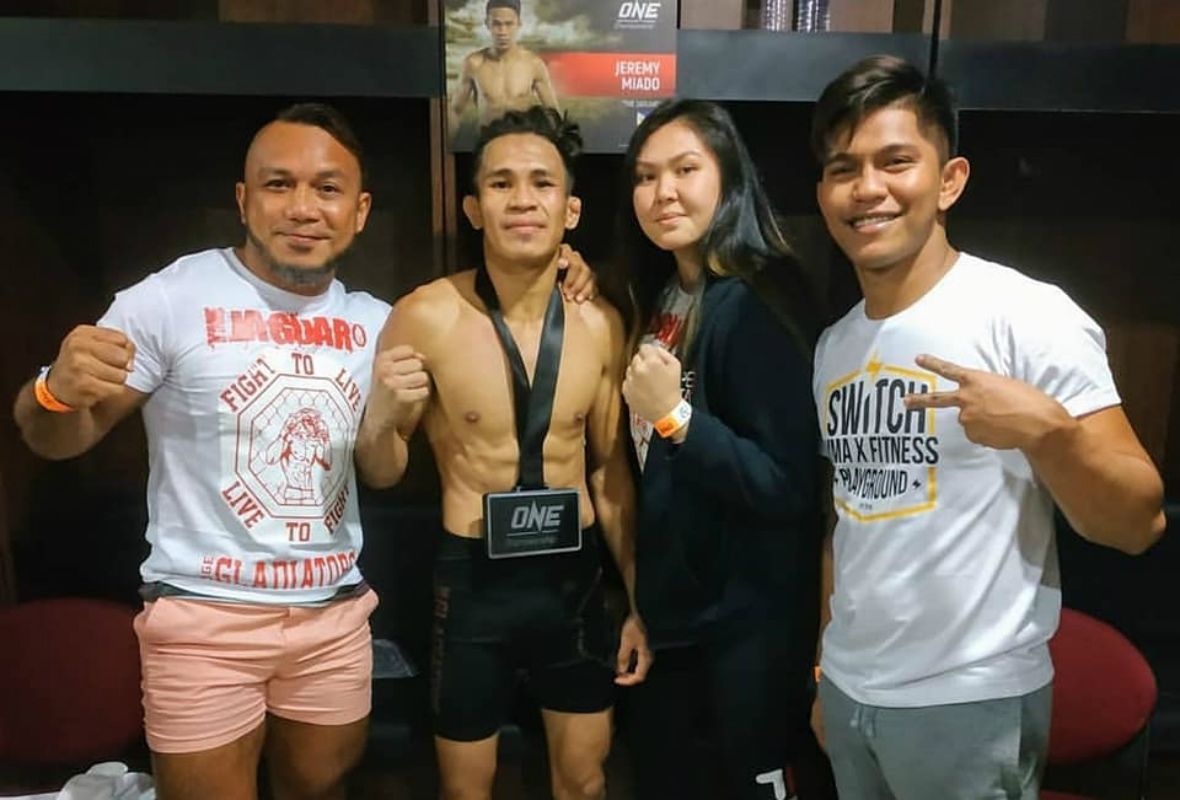 Since that encounter, the two have become nearly inseparable.

Their mutual attraction and shared love for martial arts quickly brought them together. Not only have they been able to build their skills side-by-side, but they can also enjoy life’s precious moments with one another.

For “The Jaguar,” it is especially important to have a partner who can understand the lifestyle of a mixed martial artist, as well as the struggles and triumphs he continues to experience in his career.

“She is a martial artist and a fighter. It’s a big thing for me, and it’s a very good feeling because it makes things easier for us. Since she is a fighter, she understands the situation that I am in and the things that I am going through,” he continues.

“We’re always together in the gym, training in the fields, or cross-training [in general]. Wherever I train, she goes with me. That’s one of the ways that we bond, from our travels to the gym up to when we train.”

But Nuval’s impact on his career does not end with her involvement in the physical training sessions.

In fact, the Filipina has been active in reviewing tape of Miado’s upcoming opponents, helping to map out possible winning strategies, and even scouting future adversaries.

That has been happening since his initial encounter with former ONE Strawweight World Champion Dejdamrong Sor Amnuaysirichoke at ONE: IRON WILL in March 2018, which he won via knockout in an astonishing 89 seconds.

“She has been with me since my first fight against Dejdamrong until now. She still works with me in preparing for future fights,” he says.

“What we do is we watch the previous match of my upcoming opponent and we study it together. We come up with combinations on offense that we think will work. She has been my training partner ever since.” 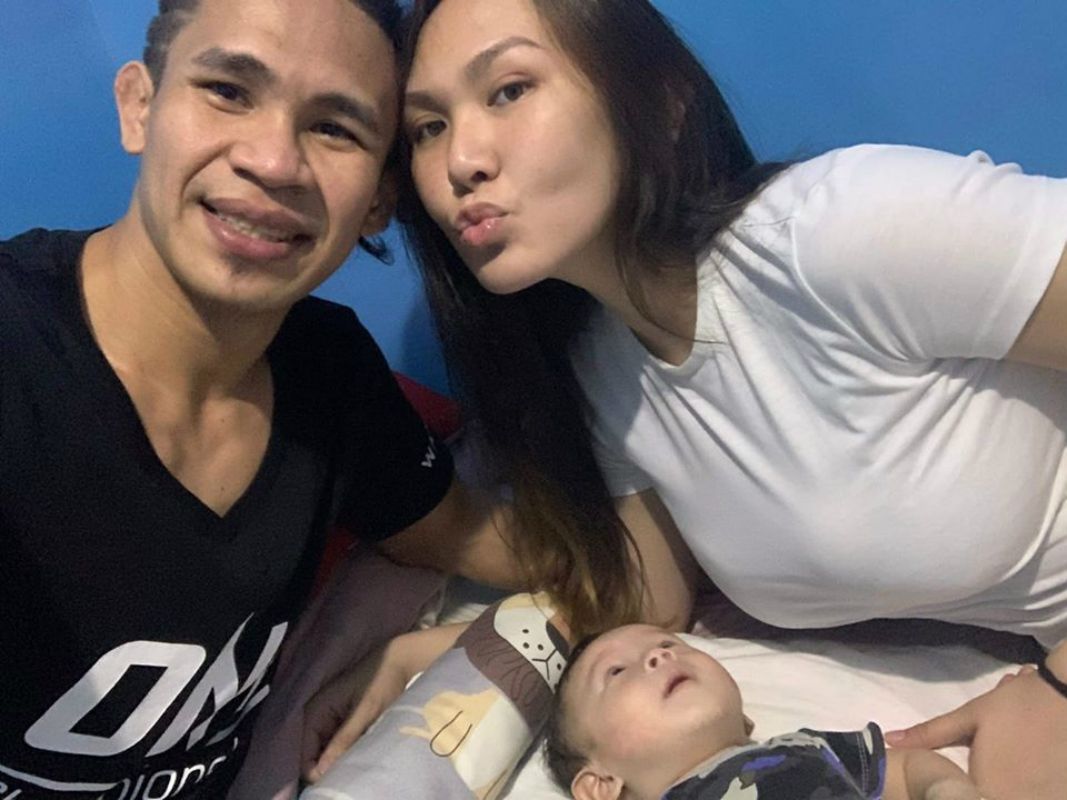 With Nuval by his side, “The Jaguar” has won three of his last five bouts — including highlight-reel knockouts of Peng Xue Wen and Miao Li Tao.

The Filipina has been important to Miado’s career, but their bond goes beyond martial arts and they have become much more than training partners.

Now, they are husband and wife, and parents to a beautiful baby boy named Tobiko. The couple could not be any happier.

Although being a professional mixed martial artist is a tough job, having an outstanding support system has made the journey a little bit easier for Miado.

“Wherever I go, she is with me, alongside our baby,” he says, proudly.