Some of the most important things in Aung La N Sang’s life have come from martial arts.

Martial arts has led the 32-year-old to become Myanmar’s foremost sports hero, and it has led him to capturing the ONE Middleweight World Championship. However, most of all, his martial arts journey led him to the most beloved people in his life – his wife and son.

“The Burmese Python” truly believes if he was not teaching at Crazy 88 Mixed Martial Arts in Baltimore, Maryland, nine years ago, he might never have ever met the love of his life. 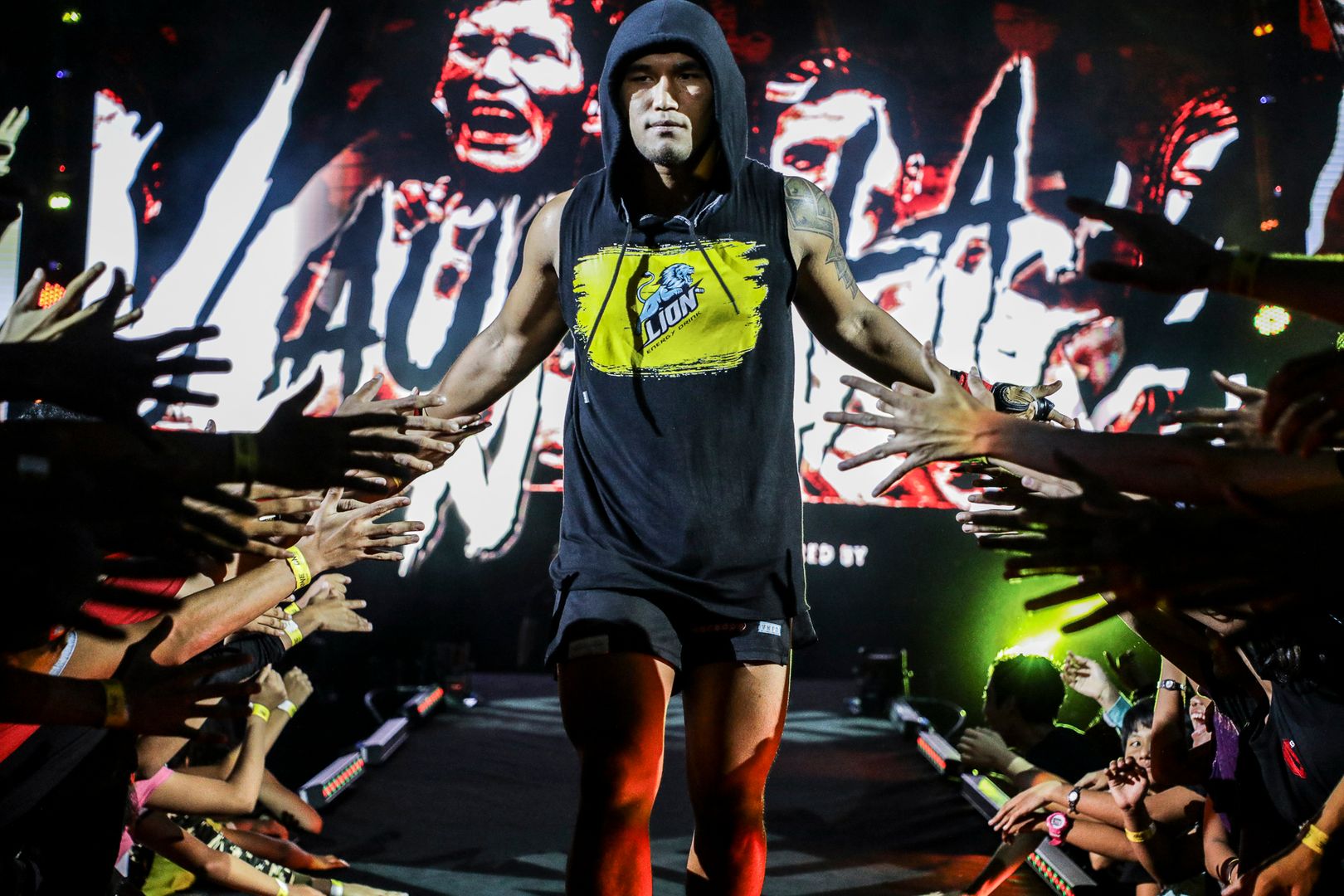 “I do not think we would have met if it was not for Crazy 88, because everything else in our life is so different,” he begins.

Back in 2009, Aung La N Sang had just committed himself to a career as a professional martial artist. He was building a name for himself in the North American scene, and was both training and teaching at Crazy 88.

“The Burmese Python” was heavily focused on himself, until a lady named Katie stepped through the doors of the Baltimore-based gym. She was interested in learning Brazilian jiu-jitsu, and she happened to notice the Myanmar athlete right away.

While Aung La N Sang admits there was a mutual attraction, he was hesitant to act on his feelings.

“She was new at the time, and then she asked me out,” he recollects. “I said no at first, because I was also her instructor and the kickboxing instructor, and we were not supposed to date [the students]. So, I told her no.”

Although he initially rebuffed her efforts, Katie did not lose her interest in Aung La N Sang.

Their relationship continued to grow on the mats of Crazy 88, and they both shared similar personality traits. They were both easygoing, laid back, and passionate about martial arts. As their bond strengthened, so did Katie’s romantic pursuit.

“She kept persisting, and then I finally gave up,” the Myanmar hero confesses. “I went out with her, and she was really nice, and so we dated.”

Not only did they mesh during Brazilian jiu-jitsu class, but the two found themselves clicking outside of the gym walls. They fell deeper into their relationship, and “The Burmese Python” soon realized Katie could be his future wife.

Happy New Years! May the Good Lord give us Peace and Blessings in 2018! Big thanks to Khun Min Ohn and the Tagu Films for their documentary work.

“Probably the first or second year into the relationship, I knew she was the one because we were the perfect fit with each other,” he says, confidently and happily.

In 2013, the two were officially married inside a local courthouse. A formal wedding ceremony was conducted the following year, and the couple had their first child — a boy named Aung De – in 2015.

Between Aung La N Sang’s flourishing martial arts career and the couple raising a toddler, life has become understandably hectic. Still, the two find time to train in BJJ together at Crazy 88 when he is at home. In fact, both of them hold purple belts in “the gentle art.”

Also, making things easier for “The Burmese Python” is his wife’s undying support. Katie has always backed Aung La N Sang’s cage endeavors, and she has been his rock ever since that fateful day nine years ago when she walked through doors of Crazy 88. 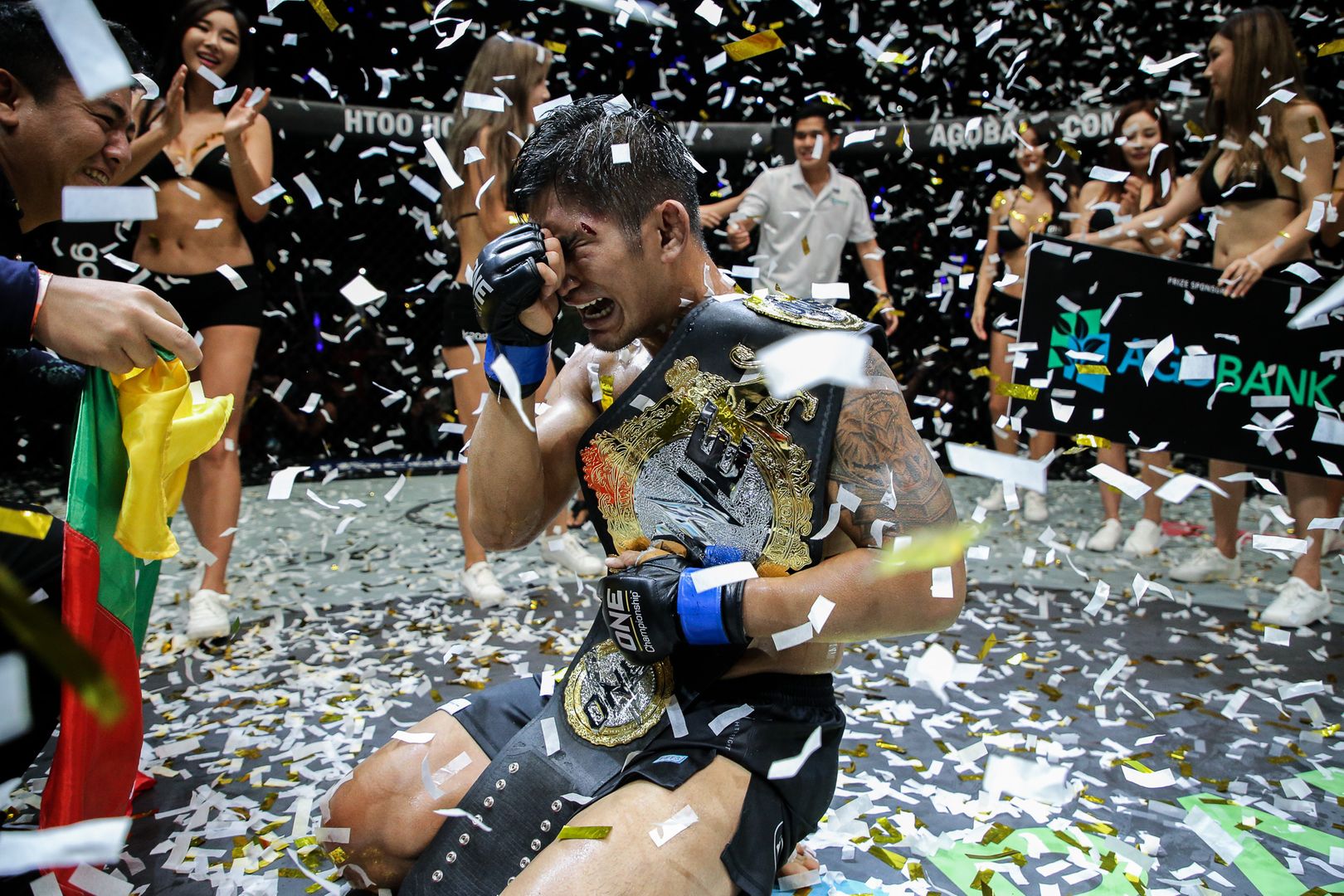 “She has always been there for me, from day one,” he says. “She has been with me, and she believes in me. Even when I was losing, she was always my biggest fan. She always finds my matches exciting, though I always try to put on exciting matches.”

Aung La N Sang’s next big bout happens next weekend. He is scheduled to face Brazil’s Alexandre “Bebezao” Machado for the vacant ONE Light Heavyweight World Championship at ONE: QUEST FOR GOLD on Friday, 23 February in Yangon, Myanmar.

For his upcoming clash, “The Burmese Python” set-up training camp at Hard Knocks 365, which is approximately a thousand miles away from his family in South Florida.

It is certainly a minor strain on the relationship, since he is not physically able to hug his wife or his child throughout the duration of an eight-week training camp, not to mention during event week in Myanmar.

However, it was a necessary sacrifice he was forced to make because, at the end of the day, it is for the betterment of his family. Fortunately, they understand, and he cannot wait to be back in their loving arms.