Brandon “The Truth” Vera has finally found what he is looking for.

The Filipino rebuilt his mixed martial arts career, and captured the inaugural ONE Heavyweight World Championship in December 2015. He has also crossed over into film, and will see his action movie Buy Bust get a worldwide release later this August.

Most importantly, he stumbled upon true love. He is only a few days away from marrying his best friend, and achieving eternal happiness.

She makes me smile like this all the time.. thank you lil mamma ???????????????????????????????????????? . . #Repost @n_e_n_j_a ・・・ Holy ish!!! T-Minus 14 days until I say “I Do” to this man forever and infinity! Wedding jitters are just now hitting and every emotion is starting to mess with me (btw not cold feet). Just feels like fight camp all over but as if I’m going in the cage too! I cannot wait for every person to feel this type of love because it is an amazing feeling and experience. Everything is worth it for him and I will always sacrifice things to see him happy and chasing his dreams! @brandonthetruthvera #HappilyVeraAfter2018 #Live #Love #Learn #LightshapersStudios #CintaiCoritosGarden #VerafiedNenja

It is quite clear this is the happiest Vera has ever been. Just catch a mere glimpse of the tattooed colossus, and he is probably grinning from ear-to-ear with his fiancée by his side.

However, the truth is — pun totally intended — it was an emotional catastrophe that led him to this point.

In July 2014, he signed with ONE Championship, and was living with his then-wife, Kerry, in beautiful San Diego, California. Their friend, Jessica, who was working at Vera’s Alliance Training Center, moved in with the couple after she experienced some problems with her boyfriend at the time.

Up to that point, Vera was content with the direction of his life. But soon, while overseas, he had a rude awakening. 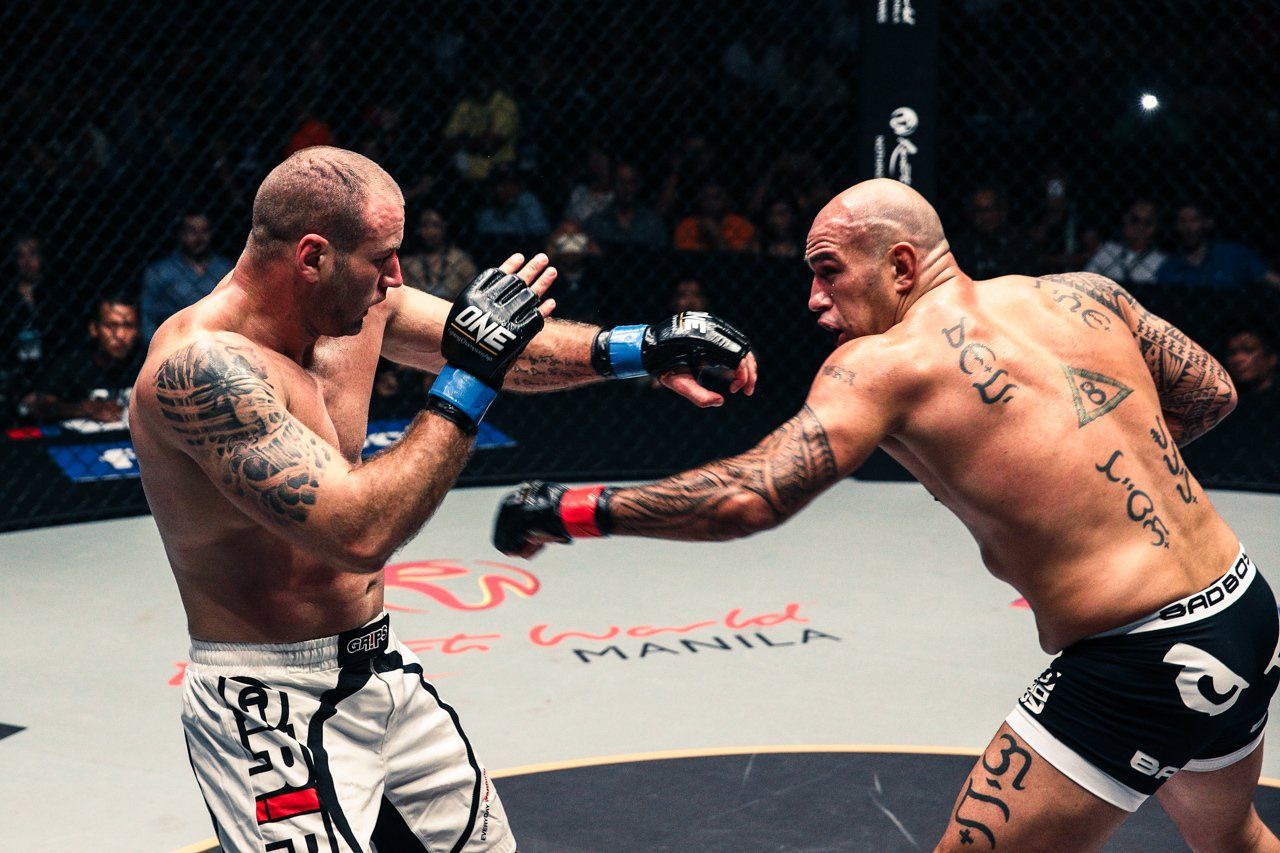 That October, while on a media tour in the Philippines to promote his ONE debut against Igor Subora, he received a message on his phone that ruined his trip, and completely altered his life forever.

“I did not even know we were having problems. I remember thinking, ‘Wow man, no one told me this was coming.’ I did not text anybody, or call anybody. I was just going through it.

“When I landed [back in San Diego], I am calling everybody, and that is when I found out everybody knows I am getting divorced. Everyone knew. It was like a real life drama story, like a Lifetime Network show.”

Vera initially moved in with his sister and brother-in-law, who lived nearby. His ex-wife had already moved out of their shared household, which left Jessica as the only person inside the house.

During this whole ordeal, “The Truth” kept a low profile. He confided in Jessica, and spent most of his days with her, and his family. His raging heart slowly began to heal, and following his victory over Subora later that December, he traveled to Guam in an effort to relax and finally get some peace of mind.

“It was so beautiful, and calming to my soul,” he says about the Micronesian paradise.

“Then I remembered thinking that Jessica needs to see this. So I called her and said, ‘Pack your bags, and come out here. You have been helping me so much with everything, so I want you to come out here, and see where you are from.’ She is not from Guam, but her mom and grandma are.

“I flew her out, and nothing was official yet, but I think Guam was the beginning of our major story. We started talking a lot more, we started hanging out more, and we got to know about each other a lot that first day.”

More depth was added to the story in the years to come.

The two bonded over their love for Jawaiian music, a Hawaiian form of urban-tinged reggae music, and frequently attended concerts of artists like J Boog, Tribal Theory,  and The Green. They also frequented the movies, indulged in family barbecues, and enjoyed cozy nights watching Netflix.

Also, the self-professed foodies thoroughly love dining out, and sharing food. Vera even came up with a nickname for Jessica, calling her “Nenja,” a merging of the Filipino word ‘nene,’ which means small girl, and the English word “ninja,” because she moves quietly like one.

Perhaps what has been key to their relationship is maintaining an open line of communication. Both Vera and Jessica have reflected on where their prior relationships have failed, and noticed the common denominator was a breakdown in communication for one reason or another.

“Sometimes,” he begins, “your partner will do something that upsets you, and you will not say anything, and you will just eat it to avoid the confrontation. But if you can bring up [the issue] in such a manner that it avoids confrontation, and it does not cause a fight, and you can still talk about it, it changes so many things.”

Slept out on the Balcony open air somewhere in the world. ✔ . . Thank you???? #HappilyVeraAfter2018 #HiltonGuamResort&Spa #ONEChampionship #Heavyweight #Champion #Verafied

Their love story took an epic turn when Vera decided to relocate from San Diego to the Manila. He was unsure if he was going to go solo or not, but soon realized Jessica was the “ride or die chick” he was always longing for.

“I never even brought this up to her,” he admits.

“I was in that transitional mode of, ‘Am I doing just me, or bringing a partner on?’ And then she said, in a different tone, ‘You lead, I follow, no matter what, and no matter where.’ How often do you find that, or even hear that from someone? That could have been when she got me.”

In April 2017, “Nenja” got him for good. Vera proposed to her in Guam, and she happily accepted.

This Friday, 20 April, they are returning to the Micronesian paradise, and will be married in front of 200 friends and family members. Perhaps it was because they could not secure the Mall Of Asia Arena as a wedding venue, because it was already booked for an epic martial arts event on the same day.

Truly, it is an ideal storybook ending, and soon enough, it will be time to start a brand new story. Vera will inevitably defend his World Championship in Manila once again, but next time, it will be as two Veras entering the iconic arena as husband and wife.