At ONE: WARRIORS OF LIGHT, Japan’s Hiroaki “Kaibutsukun” Suzuki will challenge Muay Thai legend Nong-O Gaiyanghadao in the main event for the ONE Bantamweight Muay Thai World Title.

The match this Friday, 10 May in Bangkok, Thailand will be the culmination of a life’s work for the 34-year-old, who has gone from poverty, to become a Shoot Boxing World Champion, and now compete for the biggest prize in martial arts.

Ahead of his date with destiny at the Impact Arena, discover the Bellwood Fight Team representative’s journey to reach ONE Championship.

Growing Up And Finding Karate

Suzuki was the youngest of four siblings and grew up in Toyohashi City in Aichi, Japan, the town he still calls home today.

In his early childhood, he remembers starting to worry about his place in the world, but he soon found something that would give him direction.

“When I became a junior high school student, I was concerned in which world I would be living,” he says.

“At that time, adults around me advised me to go to school and study first, but I didn’t change my mind and thought, ‘I own my life’ without listening to them. When studying and trying many things at school, I felt it was not what I wanted.

“I didn’t want to be a generalist. I strongly felt I wanted to be a specialist in one field. I was trying to find in what field I would want to be specialized when I was in junior high school.

“When I was a third-grader in junior high, a karate school opened near my house. My friend invited me, so I went there.”

Giving Everything To Karate 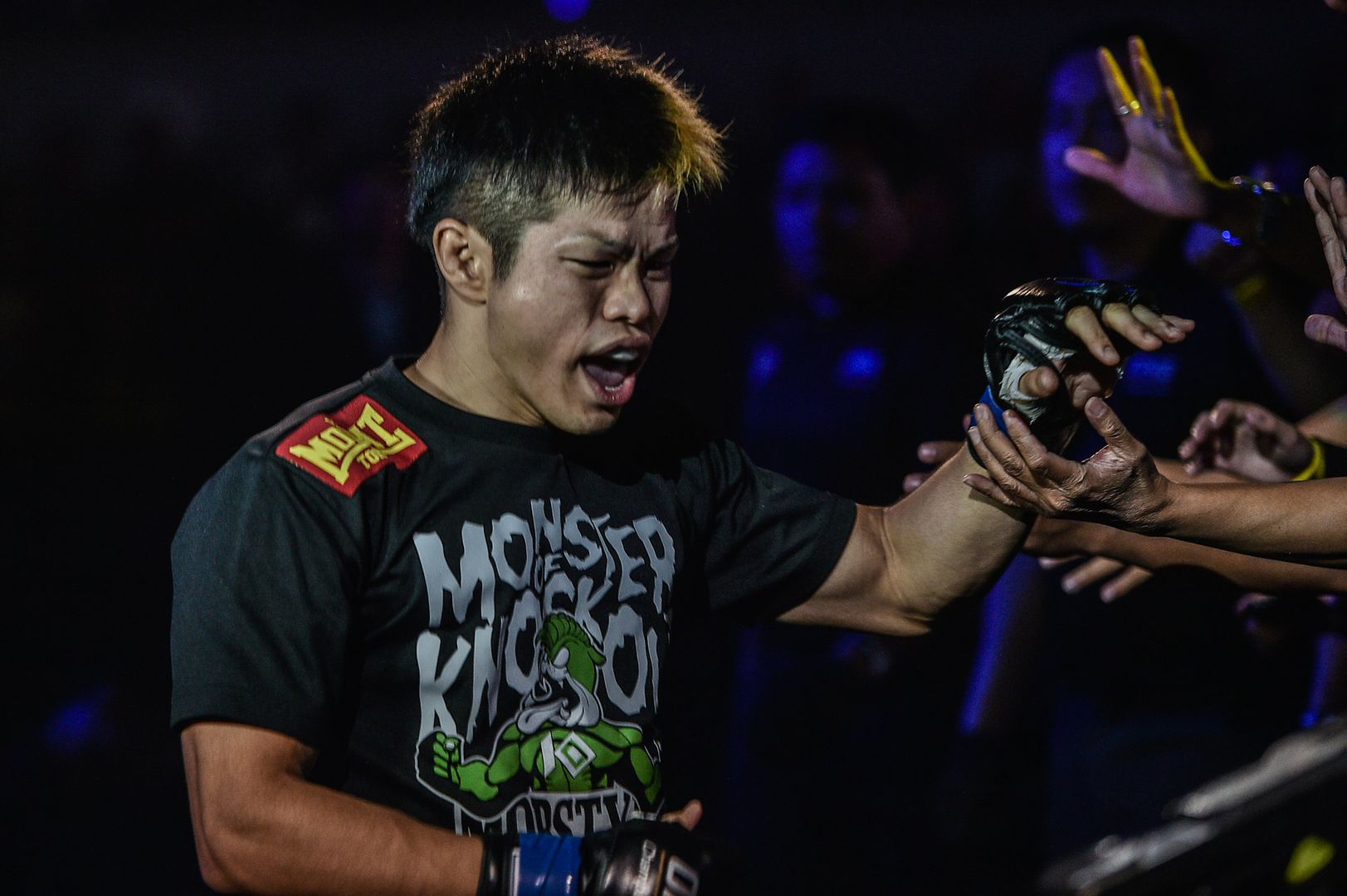 Almost as soon as he encountered the Japanese martial art, Suzuki decided to dedicate his life to it.

Aged 15, He dropped out of high school and left his home to live in, and become an apprentice at a karate school, where he would study to perfect the discipline.

However, the conditions were tough to live in.

“They rented a large storage space as a practice hall,” he explains.

“My bedding was at the storage space, and there was no shower or heating. Even during a cold winter, I was sleeping there, and I took shower only twice a week, so instead, I was washing my body with cold water outside.”

Despite the hardship he had to endure, Suzuki was still happy with his decision to pursue the martial art.

He lived for the competitive spirit he trained with his training partners, and the values he learned – especially the respect he shared with his contemporaries – made him happy. 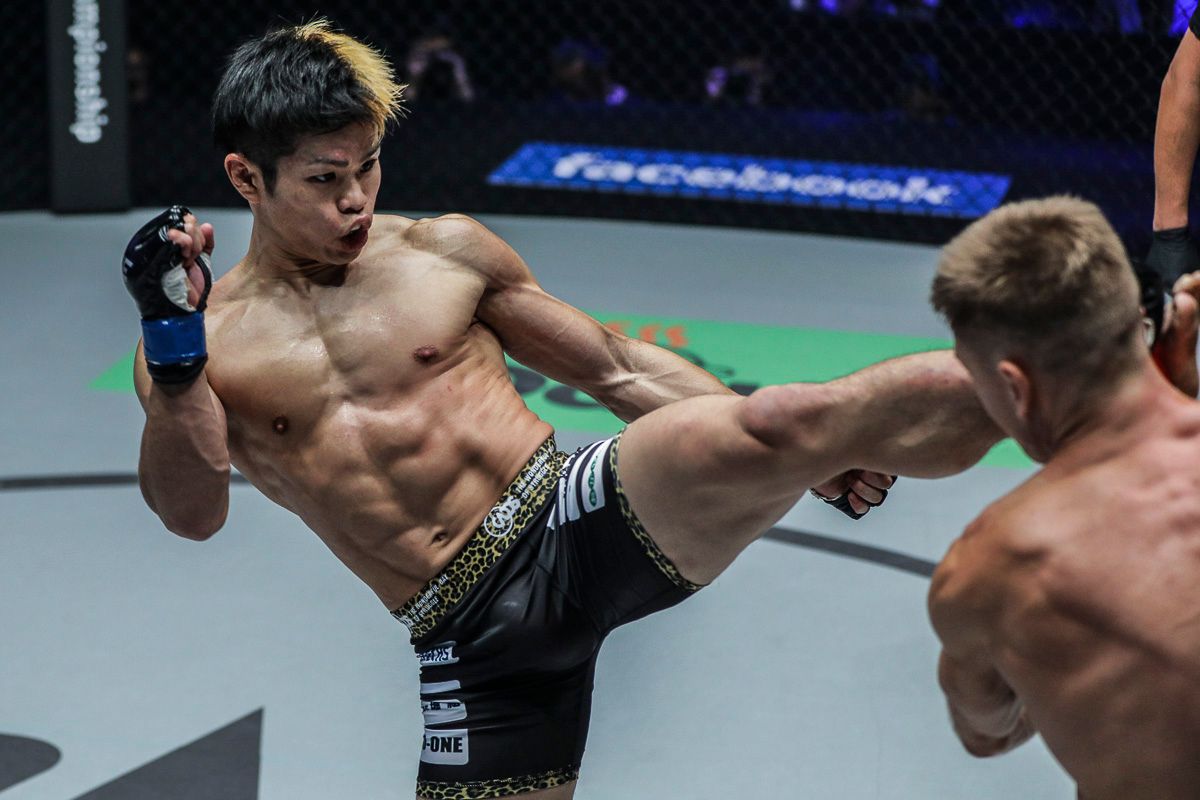 As well as struggling with such incredible living conditions, Suzuki had to deal with financial hardship.

He barely had enough money to pay for food. However, the kindness of one of his seniors at the dojo helped him to keep his head above water.

“When I was doing karate, my heart was very rich, but honestly, my life was difficult because I did not have enough money,” he reveals.

“I got into debt many times, but there was one memorable senior. He was also very poor, but he didn’t let me pay for food to keep his dignity as a senior. I even saw him borrowing money from someone.

“I appreciate him even now. I don’t see him now, but I know he is now a karate teacher at Gifu. I think I got the spirit from him, so I thank him for the rest of my life.”

Despite this help, Suzuki’s situation ultimately proved to be too much to handle, and he was forced to quit the martial art he loved so much after a few years.

“I thought giving up karate would mean giving up my life. But eventually, I had to quit because of money and debt issues,” he said.

“I quit karate when I was 20 years old due to too much debt.  I eventually paid the debt back and came back to my home town. In reality, I lost against poverty.

“I will never forget that experience. My experience of failure back then became my motivation now.” 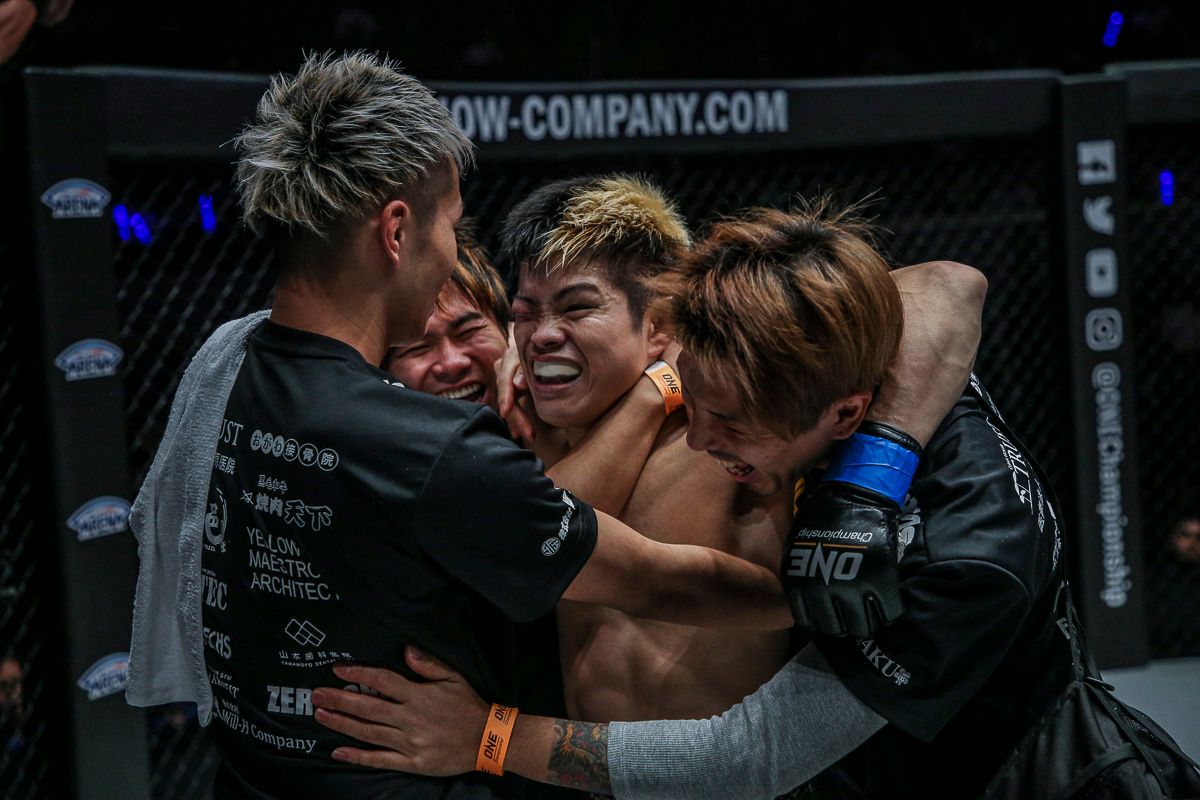 “Kaibutsukun” returned home and took a job working in a factory, but martial arts were never far from his thoughts.

While he was paying off his debts, he was still desperate to become a professional martial artist, so he enrolled in a local shoot boxing gym to learn some new skills that he could use to forge a lucrative career.

“I decided to practice hard and become a professional. It is not Karate, but the martial art spirit is the same even now,” he adds.

It paid off, as he collected a host of belts, both on the domestic and international stage, which led to his arrival in The Home Of Martial Arts.

Suzuki’s successes so far in ONE improved his record to 41-11-1 (1 NC) and earned a World Title bout with a Muay Thai legend.

And the Japanese star believes he can cause something of a shock by stopping the Thai hero and claiming the World Title with a knockout win.

“ONE Championship is a stage for knockouts, and I will win by knockout at the next battle for sure,” he says.

“My priority is to have an exciting match, and although I can’t tell you which techniques I will use, I am aiming for a knockout.

“I will compete with a responsibility as a Japanese representative and win.”