Gustavo “El Gladiador” Balart had a lot of dreams when he was growing up in Cuba.

He went onto achieve many of those in Greco-Roman wrestling as he represented his homeland in the 2012 Olympic Games and won Pan American Games gold in 2011.

When that career came to an end, Balart turned his attention to mixed martial arts, and fewer than four years after he made his professional debut, he will see another dream become reality when he makes his ONE Championship debut at ONE: ROOTS OF HONOR.

In Manila, Philippines, the 32-year-old will enter the historic ONE Flyweight World Grand Prix against Tatsumitsu “The Sweeper” Wada – with a chance to face Demetrious “Mighty Mouse” Johnson in the semi-finals on the line.

Before he steps into the Mall Of Asia Arena to compete, discover how the Cuban hero has sacrificed so much to reach the world’s largest martial arts organization.

Balart was born in Cuba, where he says he was a happy, energetic kid.

“Growing up in Cuba, I had a humble childhood,” he says.

“All the kids would go outside to play, and I’d always be outside. I was very active. I was always playing around.”

He was raised primarily by his father, who gave him an outlet for all his energy. Balart Sr. was a supreme athlete in his own right as a member of the national wrestling team, and he taught his son everything he knew.

The flyweight warrior says everything he has achieved is down to his dad, who encouraged and inspired him to chase his dreams – no matter how impossible they seemed.

“My father raised me. He’s been there my whole life. He trained me, and he’s still one of my trainers. My father has helped build me into the fighter that I am today,” he adds.

fond memories of my career as an Olympic wrestler

Balart grew up watching his dad hit the mats every day, and it was not long before he was asking to join him and learn everything he could about the sport.

“Seeing my dad wrestling – my dad was part of the Cuban national team – and growing up as a kid, I would go with him to his matches,” he explains.

“That inspired me to become a wrestler like my father and surpass him to make him proud that I became a wrestler, and essentially did better than him,” Balart says.

“I started wrestling at the age of 7. I got into Greco-Roman classes for kids, and my father saw the potential in me, so he started coaching me himself.”

Their partnership helped “El Gladiador” prosper, and he reached his goals by competing at the highest level of the sport, and by achieving success in international competition.

It took a lifetime of hard work, and the 32-year-old says he could not have done it without his biggest supporter and mentor.

“Growing up, there was a lot of sacrifice, a lot of dedication, and a lot of focus,” Balart says.

“I mainly got through it because of my father. My father was there to push me when I couldn’t push anymore. My father has always been my biggest strength, and my father has basically been doing that my whole career.” 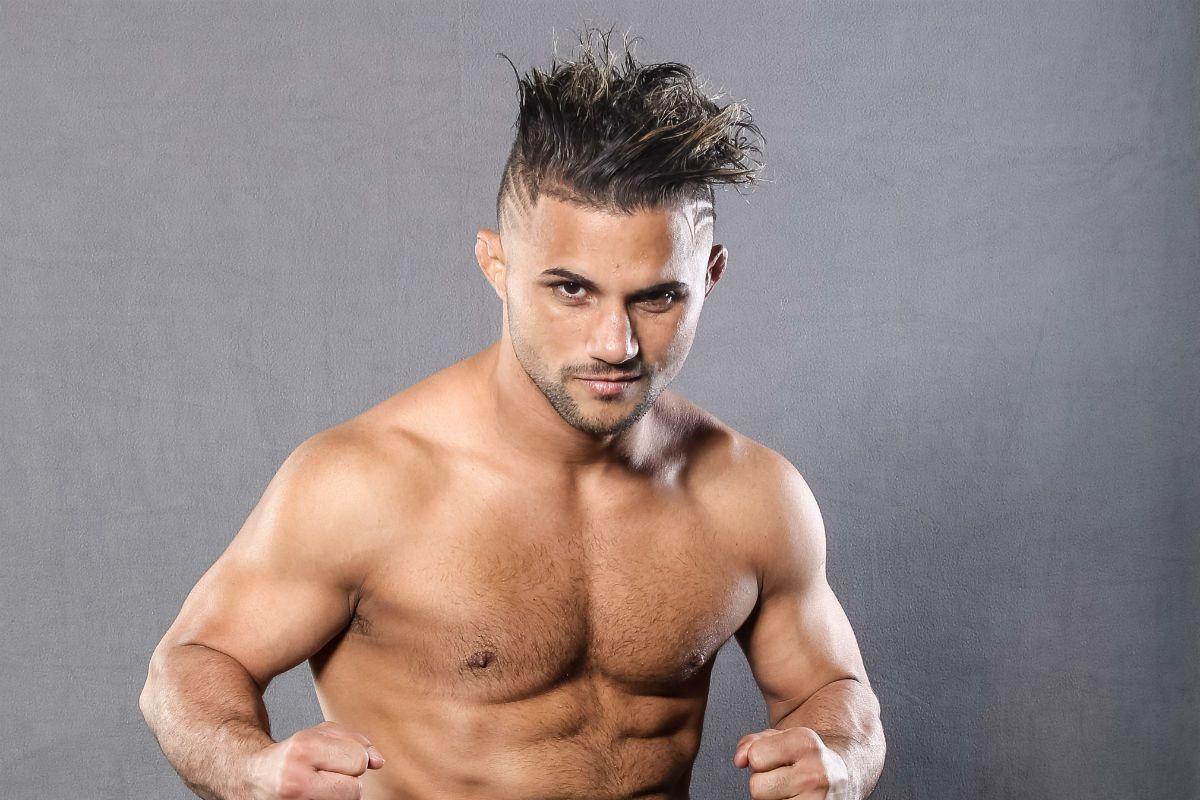 As much as he achieved in amateur wrestling, Balart still needed to find a way to provide for his wife and children.

Armed with his strong grappling base, he finally decided to make the transition to mixed martial arts, but he knew that meant he had to leave Cuba and migrate to the United States Of America.

“The way that happened, I traveled to Colombia, to Panama, to Mexico, and then to the border,” Balart reveals.

Sadly, to move to the United States, Balart was forced to leave his family in Cuba where they continue to root for his success from afar.

“It was very difficult because I left my wife and my daughters behind,” he says.

“My wife was pregnant at the time. I had no other choice if I wanted to have a career.

“I was also thinking about my family and giving them a better future because here in the U.S. there’s more opportunity, and I wanted to give them a chance to build upon my career and give a better future to my family.”

Balart was allowed to stay in the United States where he began training with the American Top Team affiliate in Miami where he works alongside several Cuban athletes including fellow Olympian Yoel Romero.

His affiliation with that gym would soon see him embark on a hugely successful start to his mixed martial arts career. 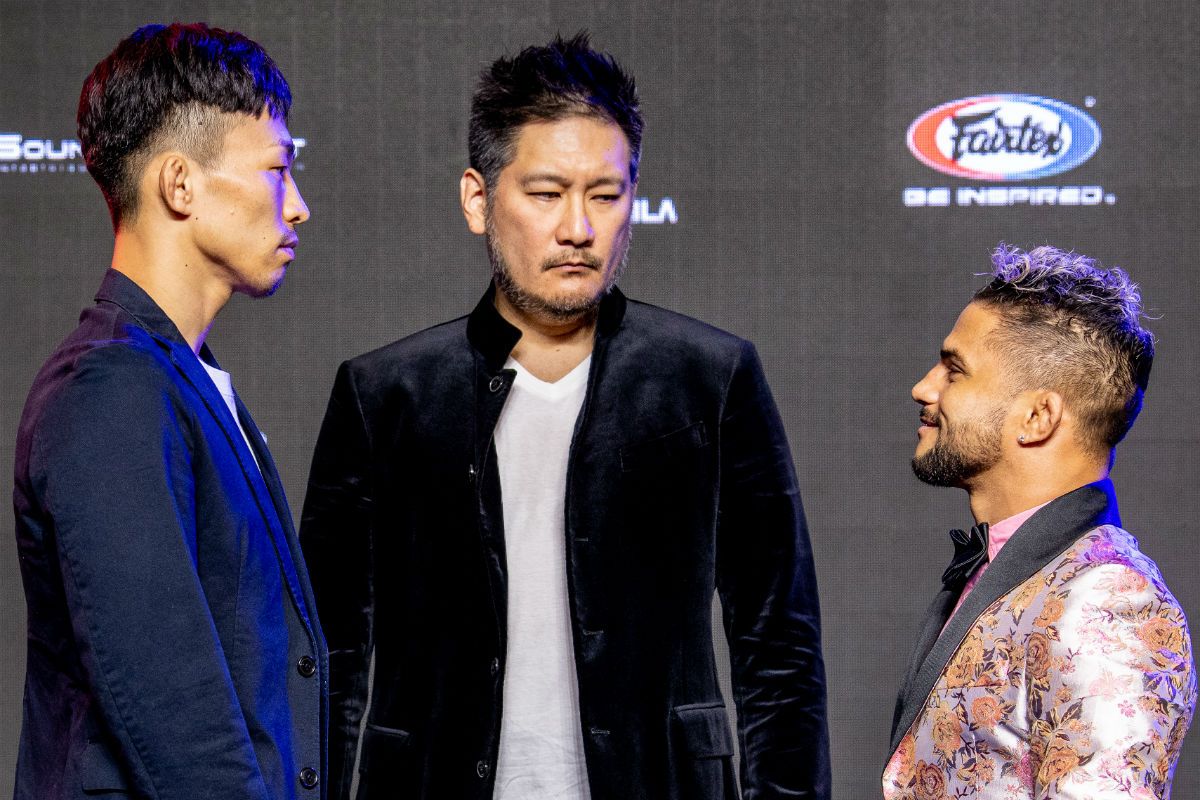 As daunting and difficult as Balart’s dreams may have seemed, he has still found a way to achieve nearly all of them.

Even when there was a lack of opportunities to compete in the flyweight division in the USA, he never gave up. As soon as the weight class started to emerge in promotions across the country, he started to excel as a professional.

Now less than four years on from his professional debut, and armed with an impressive 8-1 record, Balart will see another dream become reality when he makes his debut in The Home Of Martial Arts in the quarter-finals of the ONE Flyweight World Grand Prix.

Now he has reached the global stage, his ambition is to claim his sport’s top prize, but more than anything, “El Gladiador” hopes his story can inspire others to follow in his footsteps.

“But I also want to show the kids out there that are pursuing any career – with sacrifice and dedication, anything is possible.”