Ryo “Piranha” Chonan, a retired mixed martial arts champion and the owner of one of Japan’s top powerhouse gyms, has continuously produced world-class athletes over the last decade.

The keys to Chonan’s success while running Tribe Tokyo MMA are severalfold.

For starters, he faced some of the best athletes on the planet and even earned a submission victory over Anderson “The Spider” Silva. He spent time training overseas with Dan Henderson and other martial arts legends at Team Quest, and he blends his home and abroad experiences when teaching at his gym in the Nerima district of Tokyo.

“Piranha” also impresses upon his athletes not only his trademark relentless attack style, but the values of honesty, integrity, and discipline. He is known for his frankness – never sugarcoating his advice – and for his strict attitude toward effort and consistency in training.

Not all of Chonan’s students make the cut, but two of them currently stand out in ONE Championship. Shoko Sato and Yuya “Little Piranha” Wakamatsu both embody the skills and ethics that the Japanese legend teaches during renowned training sessions at Tribe Tokyo MMA.

Sato, a Shooto Bantamweight World Champion, began training under Chonan in 2018 after dropping a loss in the Japanese promotion earlier that year.

Following that defeat, Sato wanted to rethink his approach to training and competing, so he came humbly before Chonan, requesting to join the grueling weekly sessions in order to address his weaknesses.

From there, the Japanese star has soared. Not only did he avenge his loss to Yo Saito with a TKO victory in a rematch later that year, but he has not been beaten since.

“He used to stop at points where he should’ve kept moving, so we focused on not losing in those positions,” Chonan says of Sato.

“Now, he thinks his way around situations more. In training, I give him advice on any holes I see. He takes what he learns here back to his own gym to work on.”

Sato’s honest and humble attitude toward training has transformed him into one of the most polished bantamweights in the world today. He is living proof that an elite athlete can evolve further by filling the holes in their game that once existed.

“He has become even more of an all-rounder,” Chonan says. “At first, he could strike quite well, but his weak point was getting pinned when it went to the ground. He has overcome that now … he is able to think and choose from various techniques. He can take the fight freely on the feet or on the ground. He has good control.”

This all-around version of Sato possesses more than just the skill set needed to earn a World Title bout in The Home Of Martial Arts – he owns the necessary mindset as well. As a man of few words, the 32-year-old is a classic “Samurai style” martial artist who is serious and stoic.

Amid his student’s six-bout win streak, Chonan believes Sato will battle ONE Bantamweight World Champion Bibiano “The Flash” Fernandes at some point later this year.

“I think he is close to a title shot. I’d like him to fight Bibiano,” the Japanese legend says. “The world is struggling with the coronavirus now, so hopefully after it all passes, he will get the match.” 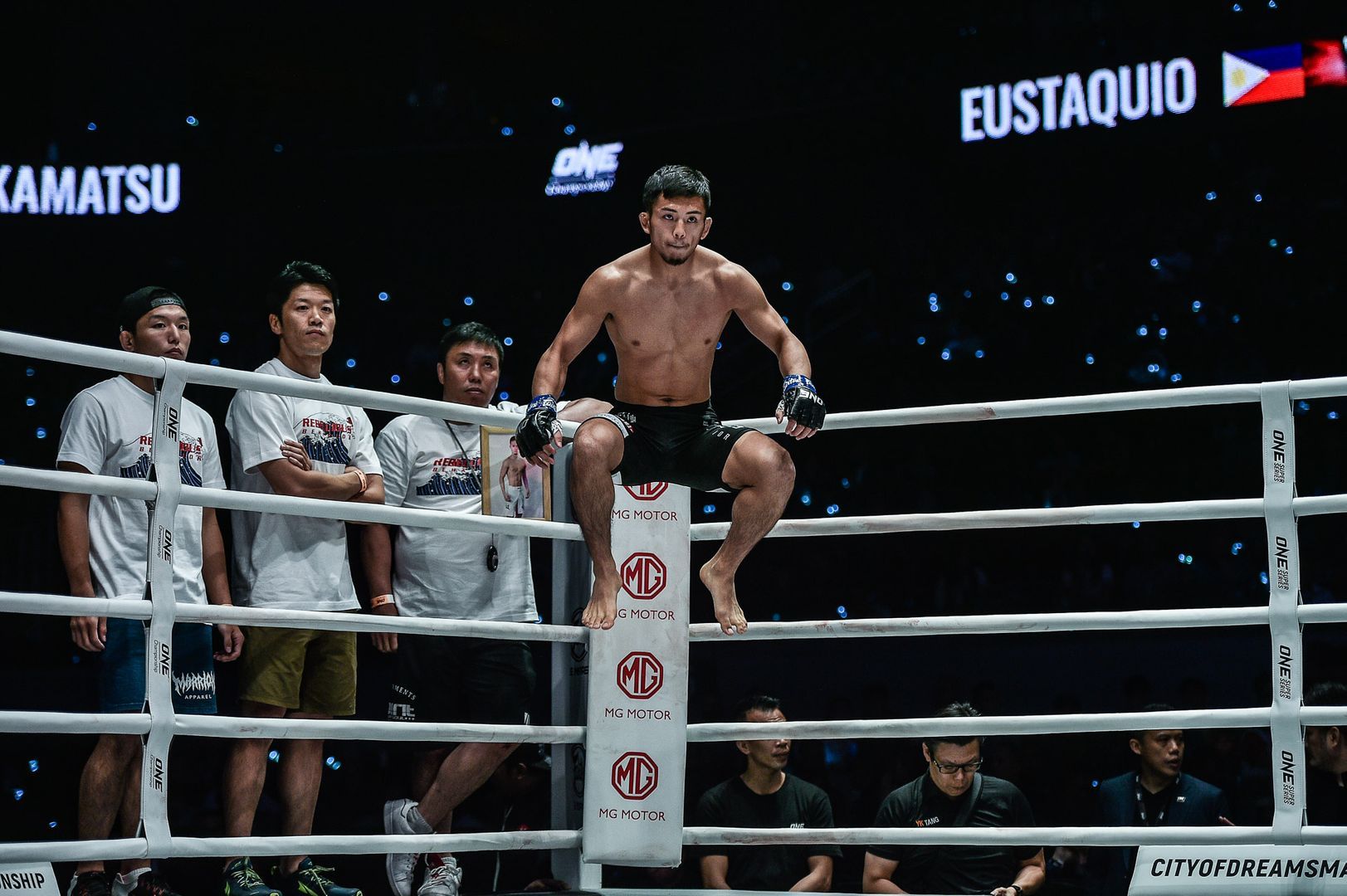 While Sato came to Chonan as an established star, the TTMMA head coach is responsible for building Wakamatsu from the ground up.

One of Chonan’s top prodigies, “Little Piranha” originally moved to Tokyo from the Kyushu region of Japan. The Pancrase Flyweight Tournament Champion’s success story goes beyond his competitive accolades, as he also needed to overcome a rough upbringing.

“He came from nothing to make a living from martial arts,” the Japanese legend says of Wakamatsu. “He came to TTMMA when he was 19. In Kyushu, he was a delinquent, always getting into fights.”

However, Chonan saw potential. He stuck with the process of breaking down and then rebuilding the youngster into championship material, teaching his student the art of control along the way.

“He used to have ups and downs in training,” Chonan explains.

“When he attacked full-on, he was strong, but when he was losing, he was weak. He used to use up all his stamina quickly. But now, he is able to think more carefully when he moves.

“I give him a lot of detailed advice during training, like striking combinations and escapes on the ground. I’m always giving him small points to work on. He keeps evolving.”

What. A. Knockout! Less than three months after taking out Geje Eustaquio, Japanese phenom Yuya Wakamatsu makes a quick turnaround against Dae Hwan Kim at ONE: CENTURY!

Posted by ONE Championship on Monday, September 9, 2019

Wakamatsu is now a fan favorite due to his explosive, sharpshooting style. Of his twelve wins, only two have gone to the scorecards.

Wakamatsu’s knockout power has led him to the global stage, where he now showcases his speed and timing to a worldwide audience. It all began six years ago when Chonan recognized talent bubbling below the surface.

“From when I first met him, he had speed, and I thought if I trained him, he’d get stronger,” the coach says.

“He has exceptionally strong punching power and a good feel for [martial arts]. That’s why he has so many KOs. He punches with the power of two weight classes up.”

Chonan adds that above all, his prodigy’s impressive growth – from troublemaker to hero – is an inspiration for those who are just beginning to train.

“We get young members joining now because they want to be like him,” he says of the 25-year-old. “He’s like a sample brochure – a human advertisement.”

In 2019, “Little Piranha” had his fierce boxing power tested to the limits when he faced 12-time Flyweight World Champion Demetrious “Mighty Mouse” Johnson in the opening round of the ONE Flyweight World Grand Prix at ONE: A NEW ERA in Tokyo.

Chonan believed his young knockout artist was ready to face the best flyweight in the world. Despite Wakamatsu eventually tapping out to the American, the coach says his student proved that he could hang with the all-time great.

“That was a big challenge for us. We had no idea what it’d be like to face the world’s strongest,” Chonan recalls.

“I thought that if he had more takedown defense, there was a possibility he could’ve ruffled him more and got the KO.”

Moving forward, Chonan firmly believes “Little Piranha” is on course to become the top flyweight in the world’s largest martial arts organization. But to get there, he must continue proving himself on the global stage.

“He has the qualities to become World Champion,” the coach concludes. “He needs a match that will take him close to a title match. Someone like Reece McLaren, a powerful opponent.”

It’s clear that with a guru like Chonan leading the way, the future is incredibly bright for the talented Wakamatsu.

Read more: 3 Ways You Can Support Your Gym During Lockdown