How Brooke Farrell Got ‘Addicted’ To Muay Thai, Chased Her Dream 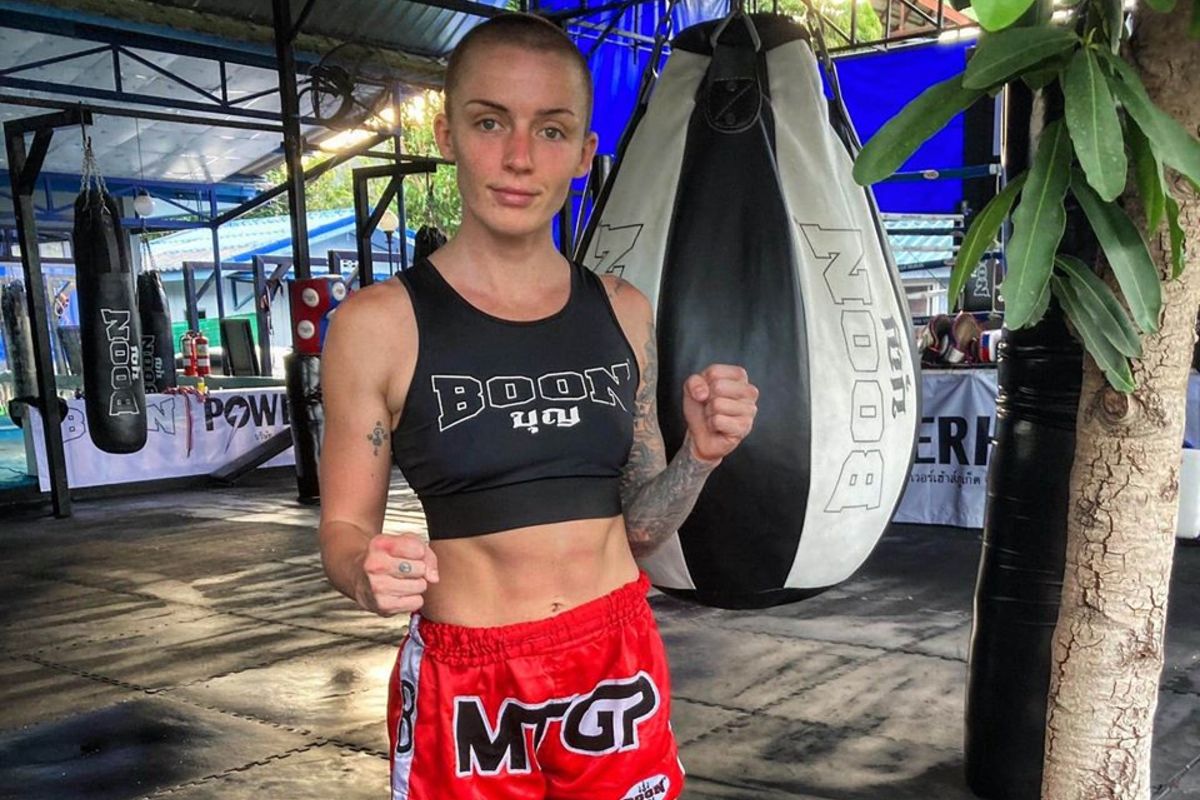 Brooke Farrell has something she hopes to prove on Friday, 21 August.

The 29-year-old Australian wants to be considered one of the best Muay Thai stylists in ONE Championship, and she will get an opportunity to make her mark against fellow promotional newcomer Wondergirl Fairtex at ONE: NO SURRENDER III in Bangkok, Thailand.

“I want to show the world that I deserve to be fighting for this promotion, and I want to put on a good show for everyone,” the strawweight says.

“That’s what fighting is — an exciting and beautiful sport. I’m excited to be here, and winning would be the icing on the cake.”

Normality is a paved road. Comfortable to walk, but no flowers grow on it . .

Though Farrell now loves competing in Muay Thai, it was a very different story several years ago.

In fact, she never imagined the sport would become a passion back in 2014 when she gave it a shot while dating her now-husband Eddie.

“Eddie was already training, and I just saw how much he loved it and how fit he was getting, so I wanted to try it,” Brooke admits.

“Honestly, I hated the first couple of times I tried it. I just felt intimidated in the gym and not confident.”

Fortunately, her beau gave her some lessons and one-on-one training. With that, Brooke started picking up the techniques and, as she puts it, “got a little addicted.”

After the two wed in 2015, they went for a Muay Thai training holiday in Thailand. They spent two weeks in Koh Samui and were instantly hooked by the idea of training twice a day and competing regularly on the local scene.

Just a few months later, they sold everything they owned and relocated from Australia to Thailand.

I'm back ???? things are starting to come together now at @powerhousephuket which means I'm back in fight camp as of Monday and have some exciting fight news to announce soon! We also have 2 amazing Thai trainers joining our team on Monday ⚡⚡⚡

Brooke became even more intrigued by the lifestyle when she made her professional debut at a small show in Koh Samui in September 2015. There, she earned a TKO victory at the end of the fourth round.

“I didn’t know how I was going to feel after my first fight, but it was something I wanted to do and test myself to see if I could do it, and that night was the best,” she recalls.

“I had never felt … so much adrenaline. I was so proud of myself for doing something I didn’t think I could do, and it was an addictive feeling. So after that fight, I said, ‘I know I can do better than that,’ booked another one, and just kept going.”

Over the next few years, Brooke and Eddie traveled around the country while chasing their dreams of Muay Thai superstardom. That included spending time at Tiger Muay Thai on the island of Phuket and training extensively at a gym in Pai, a lush green town in the northern part of Thailand.

Along the way, Brooke compiled a 14-11-1 professional record, claimed a WBC Oceania Muay Thai Championship, and fought against the likes of Iman “Pretty Killer” Barlow and former ONE World Title challenger Alma Juniku.

If you're full of excuses you'll never succeed in this sport. You're pushed and held by a team but when it gets down to it, you're alone in there. You've gotta be so mentally strong, so much that nothing can stand in your way, not injuries, not schedules, not illnesses, not people, no one. No excuses. It's a solo sport so when push comes to shove you've gotta handle it. You've gotta know you can make it work know matter what, perseverance, discipline and adaptation. . ???? @kennedy.tayla

The Farrells would make some massive changes in 2020.

After not feeling entirely satisfied with the training they were both receiving, the husband-and-wife duo opened their own gym, Power House Phuket, earlier this year.

“It’s hard to find a gym that suits us both because Eddie is a bigger fighter and I’m a smaller fighter, and every gym is so different,” Brooke explains. “We couldn’t get the training we both wanted, so that sparked something inside us to start our own gym.”

Though the COVID-19 pandemic caused their gym and all other training centers throughout the country to temporarily shut their doors, it didn’t completely damper her mood.

Brooke was still excited to be living in Thailand and remained as active as possible.

“During the lockdown, I was still super motivated. I was running, doing different marathons, and I biked 20Ks,” she says.

“I was still setting these goals for myself, and a couple of other guys [from the gym] were doing it, too. I still trained every single day through COVID, and when the gym reopened, it was awesome to hit the bags, and spar and clinch again.”

@kaew_charnchai absolutely beasting me on the pads. Keeping the pressure on me and focusing on clinch ????

Then, she got the call from ONE and was offered the chance to make her debut against Wondergirl.

Brooke immediately accepted the bout and even flew in two of her old coaches from Pai to help with preparations.

Meanwhile, the 21-year-old Wondergirl, who trains alongside ONE Atomweight Muay Thai World Champion Stamp Fairtex, is a well-rounded competitor who loves throwing hands and her knees.

That suits the Aussie transplant just fine, as she likes to throw punches, too.

“I know Wondergirl has a good, all-around Muay Thai style, and she has been fighting since a very young age,” Brooke says. “But in those small gloves, anything can happen. It changes the game, and I love to box, so I am excited.”

Should the Australian succeed and defeat her Thai rival on Friday night, she could become the woman to beat in her division – and perhaps earn a new nickname.

“I’m older than Wondergirl, so maybe I’m Wonder Woman,” she says with a chuckle. 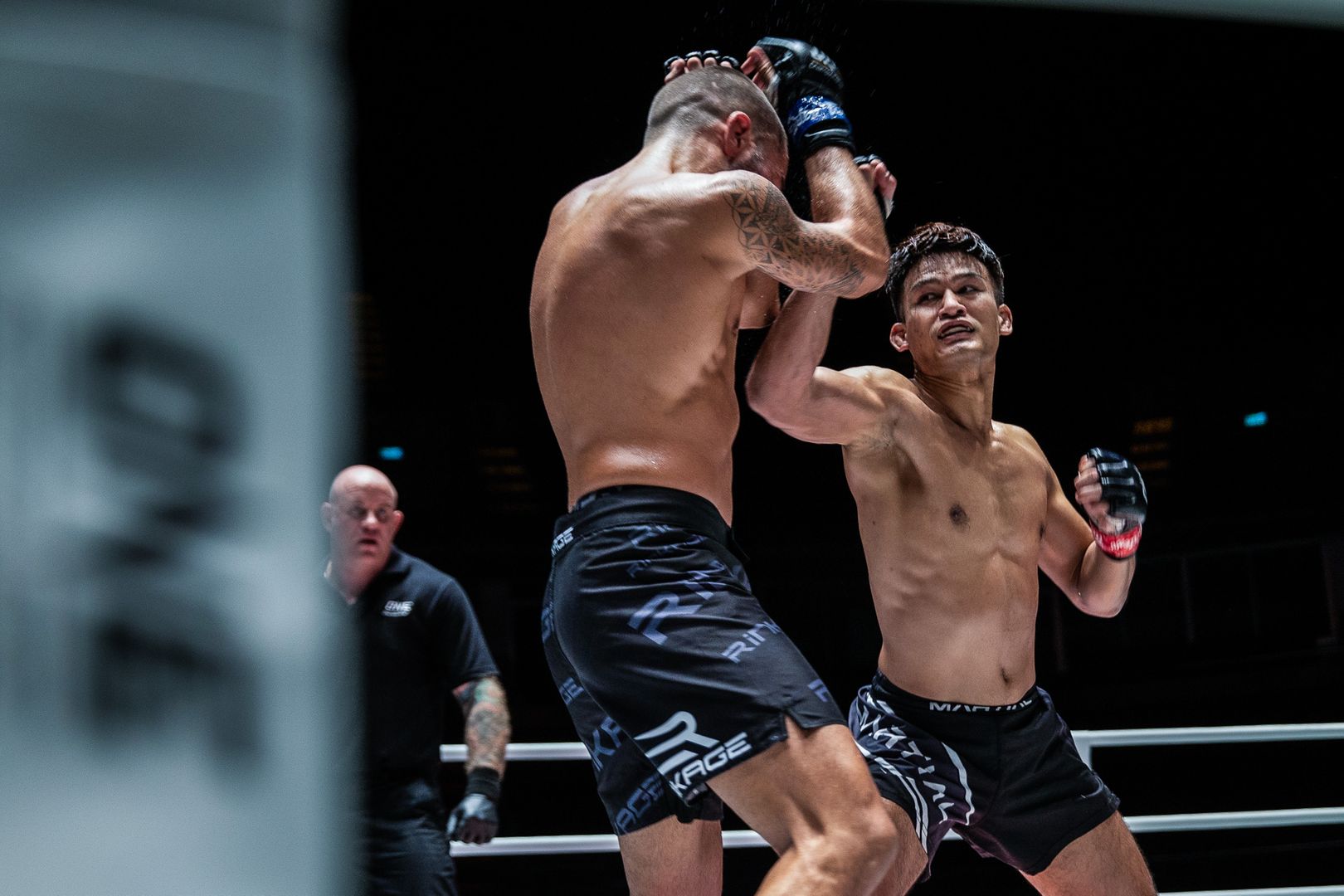 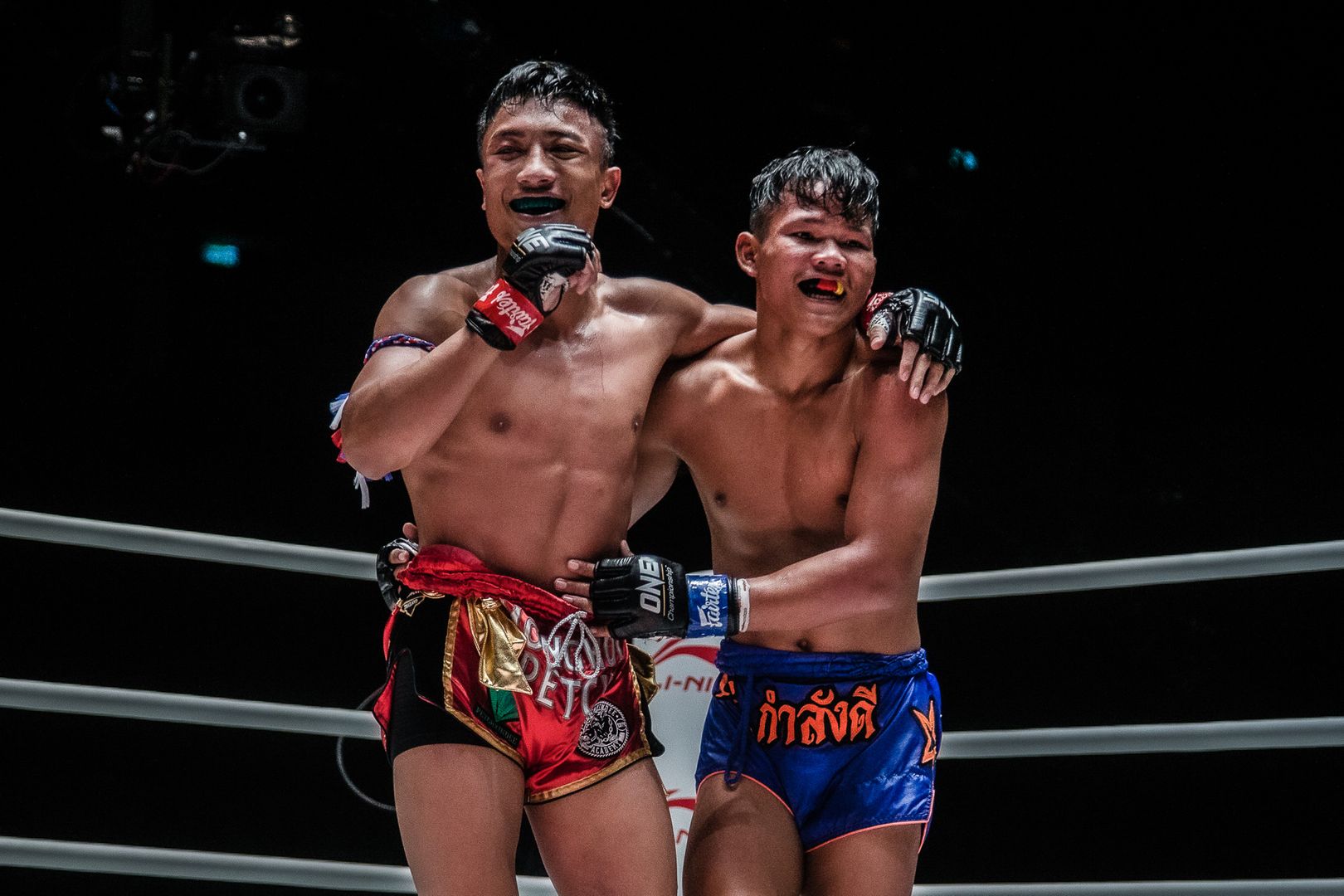 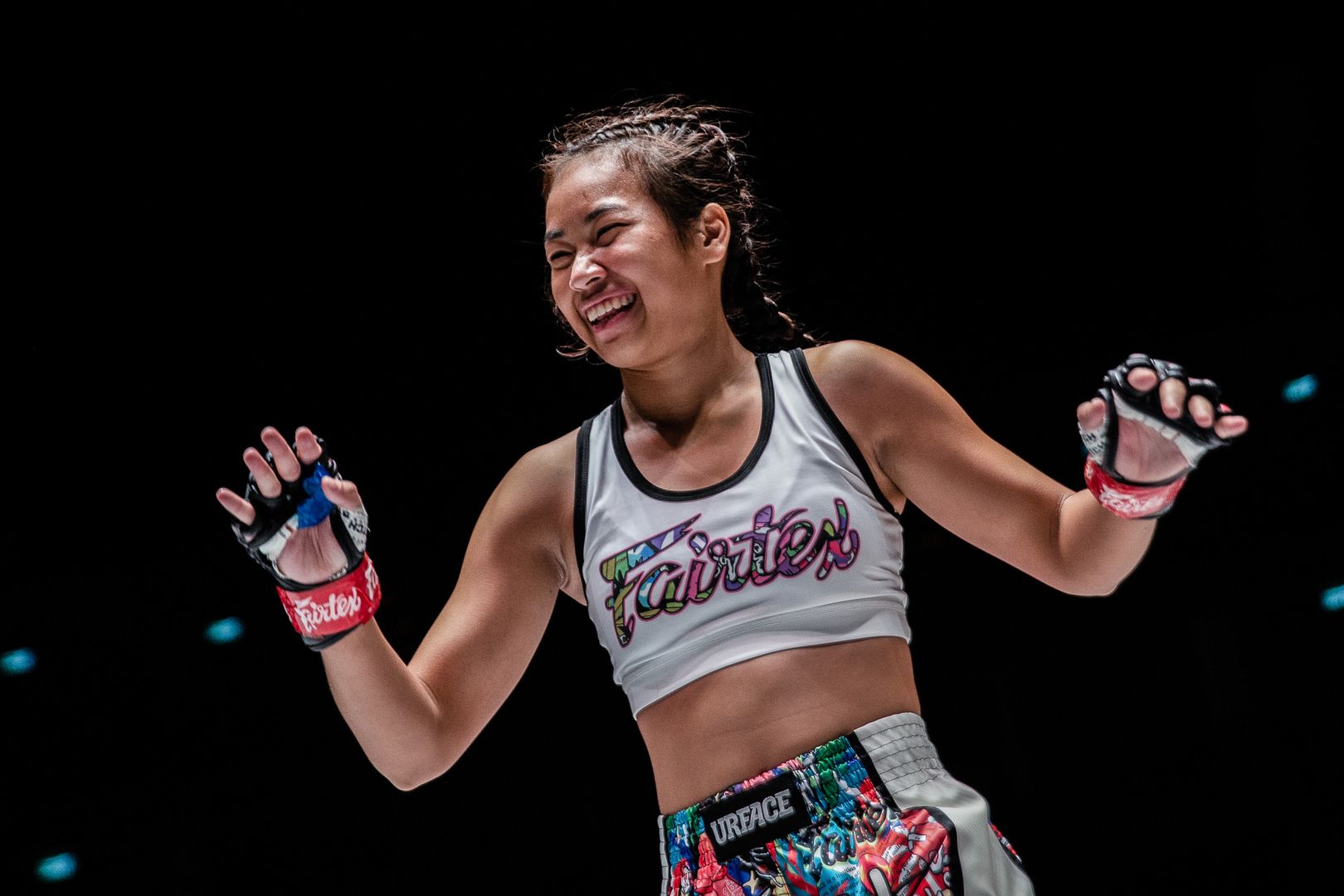