Giorgio Petrosyan Owes All His Success To His Father’s Support 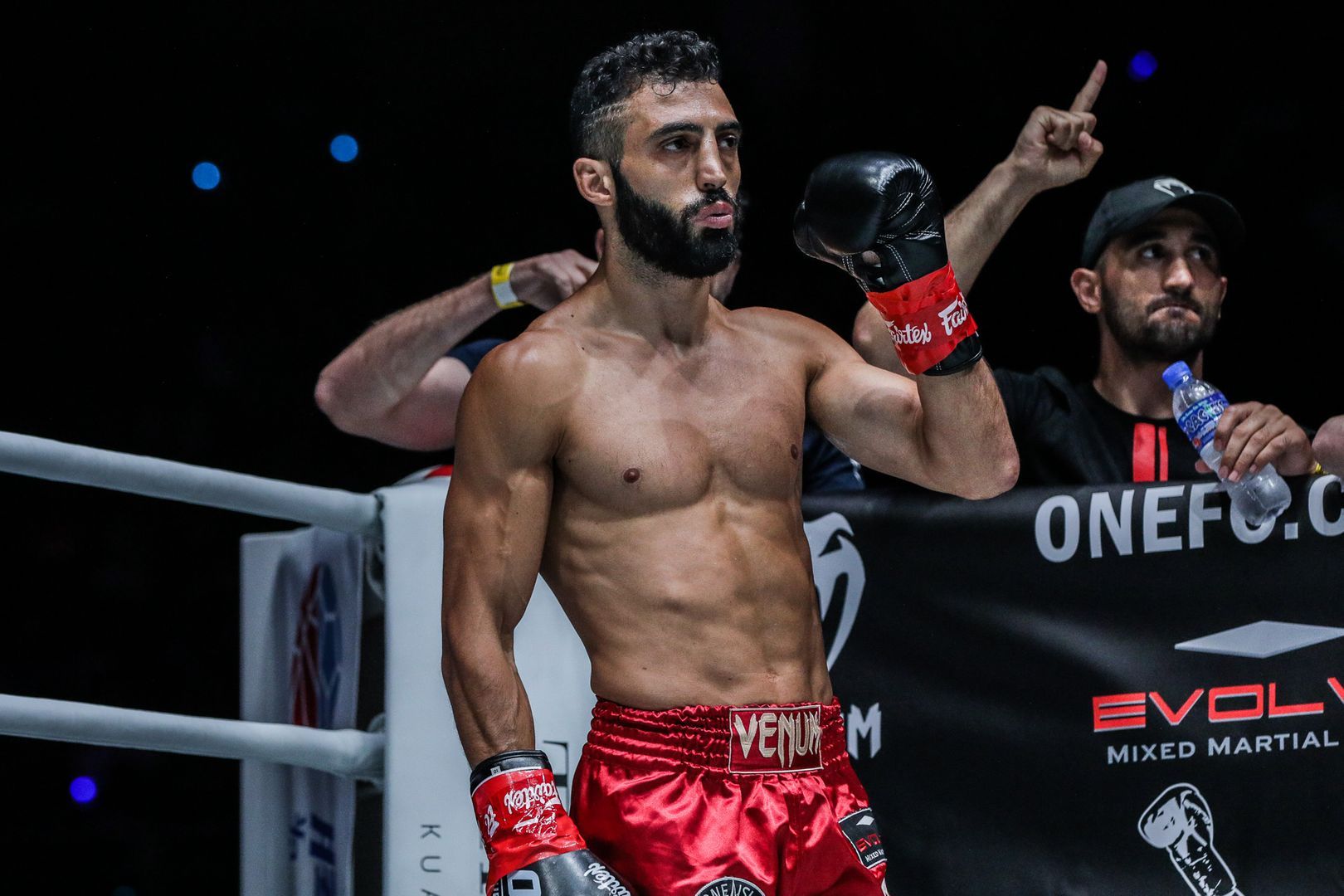 Giorgio “The Doctor” Petrosyan’s father, Andrei, has been one of his biggest sources of strength and inspiration on his way to the top of the martial arts world.

The Armenian-Italian – who will return to action to face “Smokin” Jo Nattawut in the ONE Featherweight Kickboxing World Grand Prix semifinals at ONE: DREAMS OF GOLD this Friday, 16 August – had the unwavering support of his dad before he had even set foot into a gym.

The five-time kickboxing World Champion made his goals a reality, but Andrei was crucial in that success.

“I took up this sport because he believed in me ever since I was 7 or 8 years old, and he used to say that I would become the number one in the world.

“But no one bought that, and I was the only one who believed in him, and that’s how things panned out in the end.”

Andrei took his family from war-torn Armenia to Italy in 1999 in search of a better, more secure future. The road was initially a tough one as they were homeless and had no support, but once they found help from a Charity and a roof over their heads, they began to settle into a new life.

The young Giorgio was a fan of martial arts movies and he idolized Bruce Lee.

He wanted to be like his hero and make a career out of his passion, but before he found a gym to train at, his dad encouraged him to do whatever he could to practice, and stay on track to follow his dream.

Striking great Giorgio Petrosyan is now eyeing his greatest prize yet — winning the ONE Featherweight Kickboxing World Grand Prix! First, he'll need to get through Smokin' Jo Nattawut on 16 August!

“Kickboxing was not a thing in Armenia, and I practiced a completely different sport. When we came to Italy, I was desperate to find a kickboxing gym, but Gorizia was a small town, and it was not easy to find one,” he says.

“Back then, we were staying at a Caritas [charity] shelter, and my father used to say to me, ‘Keep training on your own, and I will find a gym for you sooner or later.’

“I would train on my own as I had set something up on a basketball pole by placing some cushions that were held together with duct tape. I would throw kicks and punches, and I would jog.”

They eventually found a place for “The Doctor” to start his formal training, but Andrei still offered his support to his son.

He encouraged Giorgio to go the extra mile when he was away from the gym, and motivated him by feeding his self-belief.

“Before going to bed, I would always ask my father, ‘Dad, if I do 10 push-ups, will I get stronger tomorrow?’” Petrosyan recalls.

“He would say to me, ‘No, you should do 11, and that’s how you will get even stronger.’ I believed him, I really did, so I would do 11 push-ups before going to sleep.”

“The Doctor” first stepped through the ropes to compete aged 16, and since then he has built one of the most incredible résumés in his sport’s history with 101 victories against just two defeats.

There were times during his career when he could have lost focus during his adolescence, but his father always reminded him about the importance of staying disciplined so he could reap the rewards in the future.

“He would warn you against hitting the town and drinking at night – instead, training hard to make a name for yourself,” Petrosyan adds.

“I listened to his advice and gave it my all, and that’s how I got here.”

Now, Petrosyan is in the final days of preparation to challenge Nattawut at the Impact Arena in Bangkok, Thailand, where he can book his place in the ONE Featherweight World Grand Prix final.

If he can go all the way and win the historic tournament, he will strengthen his claim to being his sport’s greatest athlete, and claim a life-changing grand prize of US$1 million.

However, even before he steps into the Circle to face off against his Thai rival for the second time, he knows he has made his father proud.

“What makes him happy? Well, I became a world-class athlete. How do you top that?” adds the 33-year-old.

“He is very happy, so I am proud of my father, and he is clearly proud of me.”