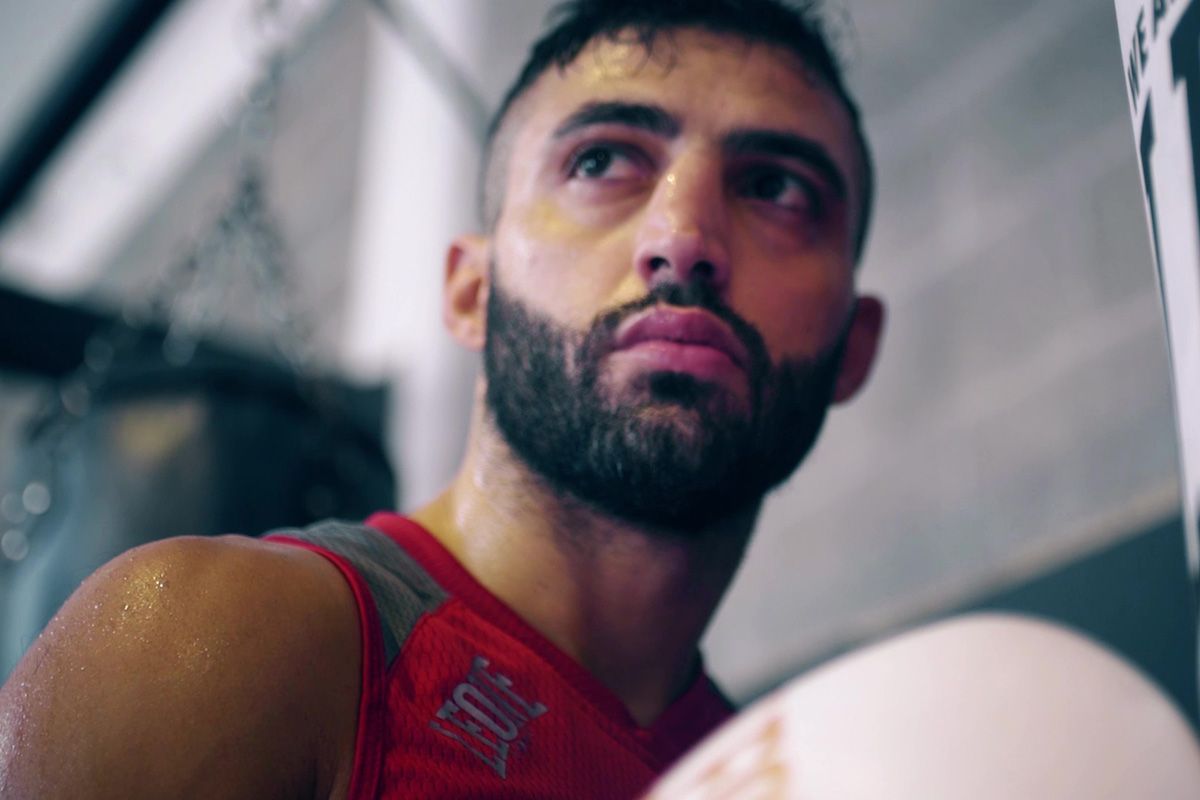 Giorgio “The Doctor” Petrosyan is one of the most accomplished strikers of all time.

The 32-year-old Armenian, who is based in Milan, Italy, is a two-time K-1 World Max World Champion, a multi-time recipient of ‘Athlete Of The Year’ awards, and rocks a near-flawless professional record of 95-2-2 (1 NC). And now, he will be co-main eventing ONE: HEROES OF HONOR, as the ONE Super Series kicks off on Friday, 20 April.

As Petrosyan prepares for his epic showdown in Manila, Philippines, he looks back at what got him to this point, and the hero that inspired him to start his martial arts journey – martial arts legend Bruce Lee.

The most quotable man in martial arts, Lee had a refreshing and innovative outlook on martial arts that penetrated the mainstream consciousness. The captivating performances in his classic movies pushed a generation of youngsters into training, all in an effort to emulate their on-screen hero.

Petrosyan was no different.

A glimpse of the world-class striking that is set to dazzle Manila on 20 April.

A glimpse of the world-class striking that is set to dazzle Manila on 20 April.Manila | 20 April | TV: Check local listings for global broadcast | Tickets: http://bit.ly/onehonor18

“When I was alone, I was always watching Bruce Lee movies,” the Armenian recalls. “I was, and still am, a huge Bruce Lee fan!”

Everything starts with a dream, and a desire. Though he did not end up on the movie screen, Petrosyan has entertained countless fans around the world in much the same way, as they stare in awe at his groundbreaking technique, and his unique approach to martial arts.

“All of my daydreams were based around them,” he continues, taking heed of the kernels of wisdom that his idol often handed out.

As Lee once said: “If you spend too much time thinking about a thing, you’ll never get it done.” So, after leaving war in his homeland of Armenia at the age of 13, Petrosyan started to put these thoughts into action.

Escaping homelessness and life on the streets thanks to the generosity of an aid organization, the Petrosyan family began to get acclimatized to life in the northeast corner of Italy, calling Gorizia home. There, a young Giorgio found Satori Gladiatorium Nemesis gym, but he would need to be persistent. The fairytale endings do not usually start without adversity.

Ever wondered what’s the secret to Giorgio Petrosyan’s astounding success?

“I just loved the martial arts idea. Like the famous movies, going from the very first push-up, and into the world of competition,” he says.

“Mainly, I wanted to show the world that I would be the champion that I am now. I felt from the beginning that I could make it.”

Over the years, “The Doctor” showed the world he would be the champion, and more. From regional and national titles in Italy, to multiple world championships, he has collected more gold than than one could even imagine. And, he has looked great doing it, too.

Petrosyan’s stock rose, his ranking rocketed, and interest in him from all corners of the globe exploded. But throughout the entire time, there was another major source of motivation for the Armenian, and that happened to be his father.

The man who had risked everything for a new life for his family could have made his son go down the more obvious path, continuing as a builder for guaranteed income. But he did not force that upon him. He supported his son in his martial arts career every step of his journey.

“My father was my first fan, and he has been next to me the whole way,” Petrosyan acknowledges, and the same goes for his younger brother, Armen, too. 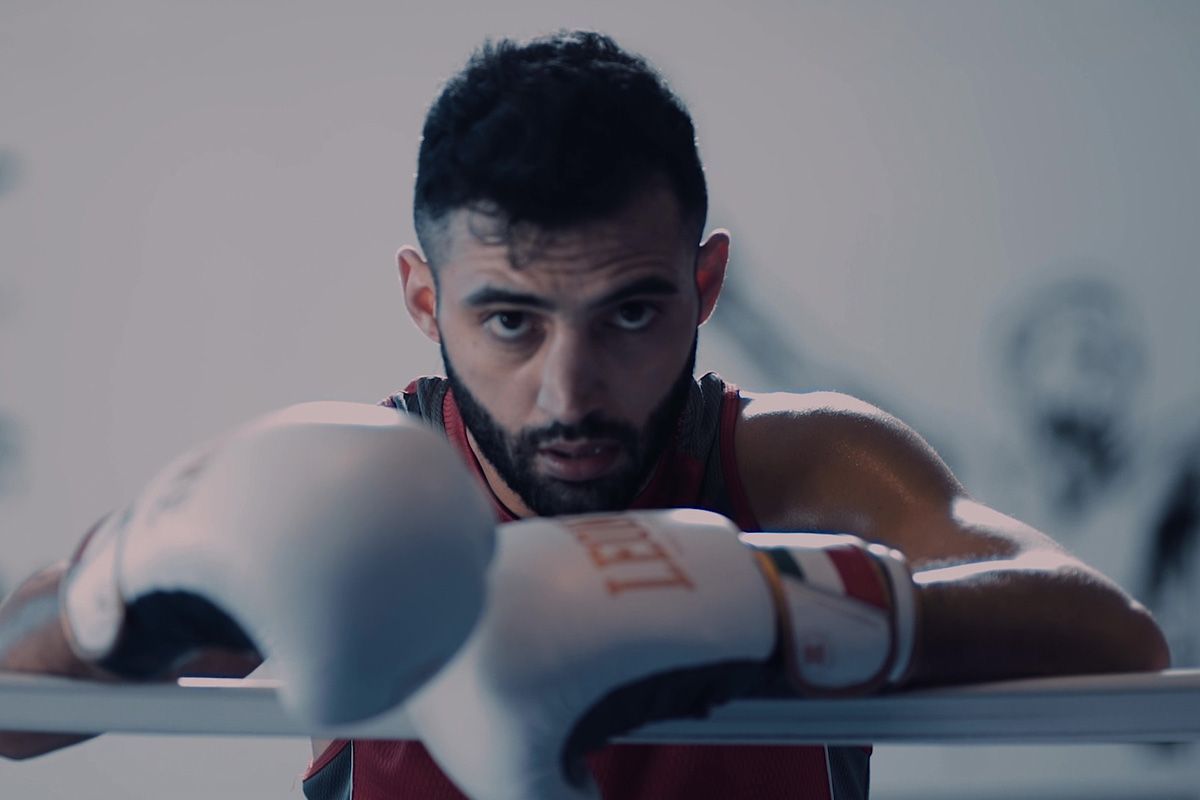 Through all that he has experienced — from peace in Armenia, to war that ravaged his birthplace, then homelessness in Italy prior to building world championship success — Petrosyan believes he can use his story to inspire others.

If a refugee can arrive in a new country and thrive, even though he did not speak the native language, have any money to his name, or even have a place to sleep, then just about anyone can overcome adversity.

“The Doctor” is passionate about sharing this message, but also instilling other characteristics into those who look up to him.

“Absolutely, I want to inspire people. My book, ‘With His Own Hands,’ was about this. I think that anybody can make it if they put enough effort in,” he explains.

“I also want to show people that you do not have to be arrogant to be a champion. I am not the kind of guy who likes to talk too much, but instead shows with actions in the ring what I can do.”

Petrosyan will be able to show that, and much more, on Friday, 20 April, when he meets two-division Lion Fight world champion “Smokin” Jo Nattawut in the co-main event of ONE: HEROES OF HONOR. The bout will be part of the highly anticipated ONE Super Series, and contested under kickboxing rules.

The Armenian clearly wants to inspire everyone he can, and become this generation’s Bruce Lee. He has the platform to do it, and the skills to back it up, yet he remains humble. Like Lee, Petrosyan is treading new ground, and legions of new fans will be exposed to his blend of gentlemanly conduct and ferocity in the ring when he makes his illustrious ONE debut.