Former ONE Flyweight World Champion Kairat “The Kazakh” Akhmetov has the chance to make a definitive statement and recapture lost gold.

On Friday, 26 January, the Greco-Roman wrestler will head to the Mall Of Asia Arena in Manila, Philippines, to square off against local hero Geje “Gravity” Eustaquio (9-6) for the ONE Interim Flyweight World Championship in the main event of ONE: GLOBAL SUPERHEROES.

Akhmetov (24-1) was shocked at first, as he expected a trilogy bout against undisputed titleholder, and the only man to ever defeat him, Adriano “Mikinho” Moraes. The two are familiar foes, as Akhmetov had taken the belt off Moraes in 2015.

Nonetheless, he is up for the challenge, and is highly motivated to once again defeat the 28-year-old Filipino standout in his own backyard.

“I was surprised,” the 30-year-old Kazakhstani begins. “Of course, I would prefer not to compete against Geje in his hometown. I felt an advantage when I was competing at home before. But it does not intimidate me.

“I am ready for everyone that will cheer against me. I am coming with the mentality that it will be me versus the world, and I am ready for it.” 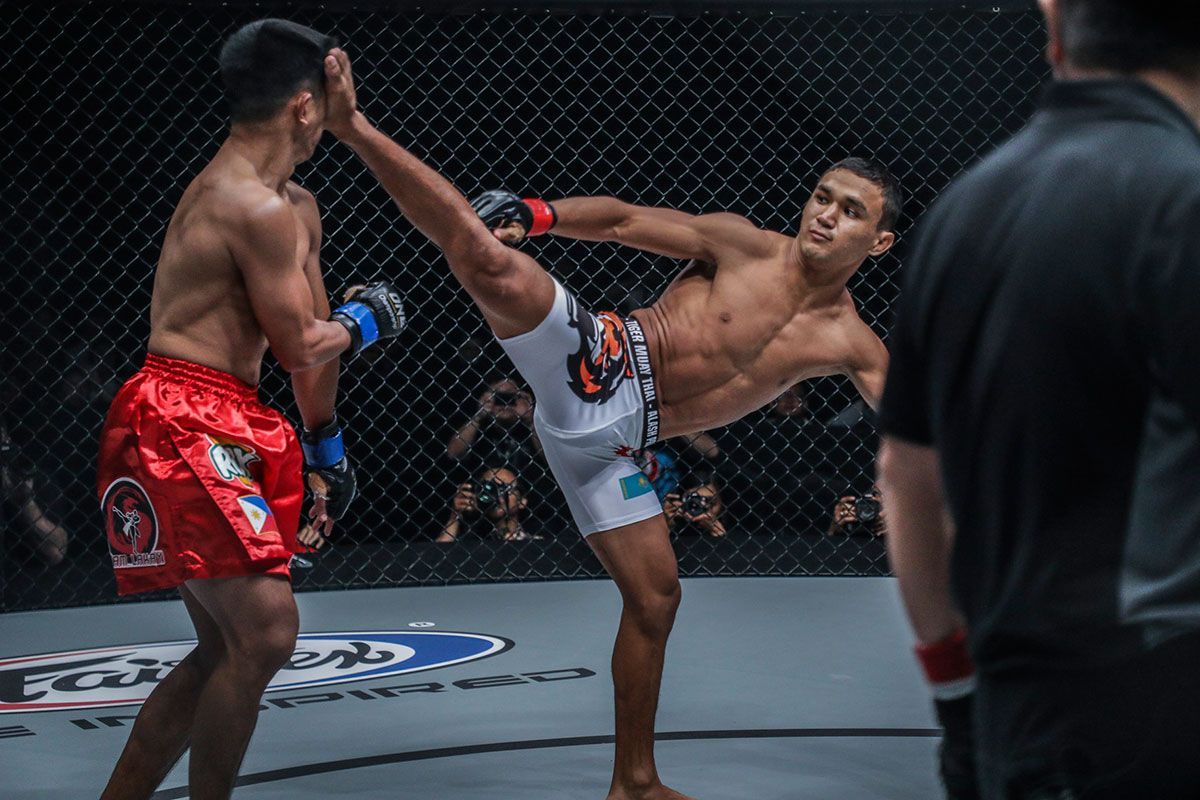 The interim world title bout is a rematch of their headlining tilt from ONE: TOTAL VICTORY back in September 2017. It was an especially quick turnaround for Akhmetov, who had lost the ONE Flyweight World Championship to Moraes a mere six weeks earlier via unanimous decision, albeit following an almost two-year layoff.

“It was hard to prepare for Geje back then, because it was on shorter notice that I was used to, and I had some little injuries coming off the title match,” the Kazakhstani admits.  “But during the match, it did not affect me, and I did not feel any cage rust like I did against Adriano. That time, it was hard, both physically and mentally.”

The Eustaquio encounter was a closely-contested battle.

It was Akhmetov who started off quicker in the first, landing some flashy kicks on the Filipino before taking him down and landing some ground strikes. Eustaquio would no go out easily, however, and responded with powerful kicks off his back. 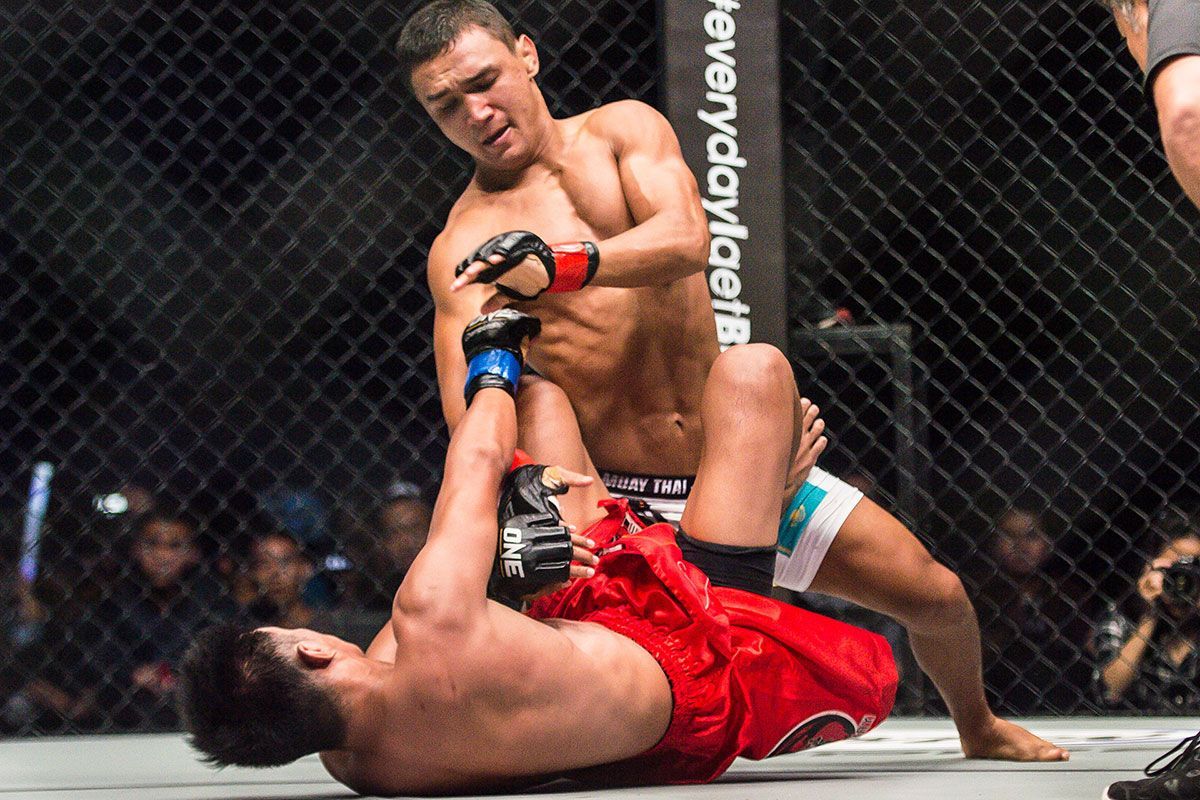 “Gravity” displayed more of his wushu-based striking early in the second round, but Akhmetov leaned on his world-class grappling to stifle him for most of the frame.

Eustaquio showed a killer instinct in the third, as he pressured “The Kazakh” with his unpredictable kicks and punches. But to Akhmetov’s credit, he continued to showcase his wrestling, and nearly submitted the Filipino with a guillotine choke. Eustaquio managed to slip out, however, and ended the bout on top of the former world champion.

The Kazakhstani would go on to earn a split decision victory, and he feels it was justified and well-deserved.

“I do not think it was controversial,” the former ONE Flyweight World Champion explains. “I thought I dominated the match, and it was not close at all.” 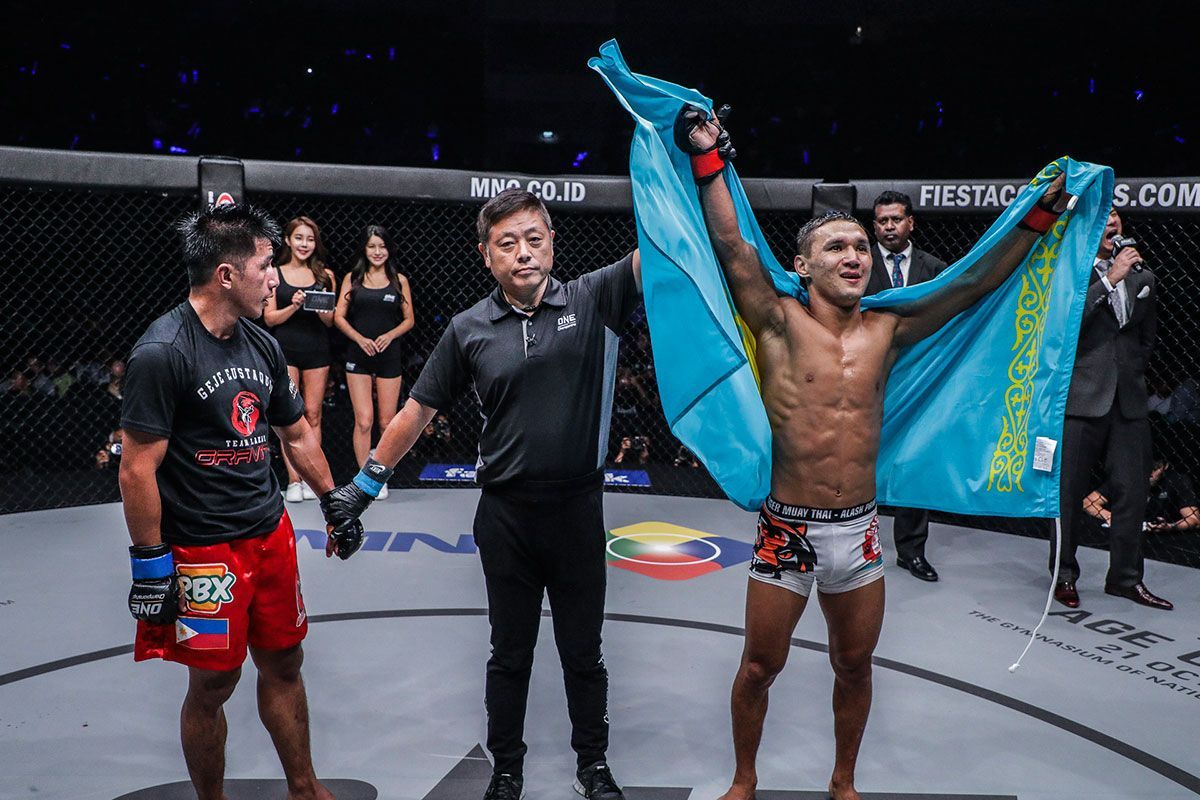 Following the victory, he returned home to Kazakhstan with his wife and children to visit family and friends. But soon thereafter, he returned to his new home in Phuket, Thailand, to prepare at Tiger Muay Thai & MMA in anticipation of another shot at ONE gold.

He got his wish, as the Eustaquio rematch at ONE: GLOBAL SUPERHEROES will indeed be for a world title belt. The stakes are much higher, and the two have had 15 whole minutes to become familiar with what each has to offer. However, Akhmetov believes things will play out differently this time.

“He (Eustaquio) did not showcase everything he can do in our last match. Neither have I,” he warned.

For “The Kazakh,” this is an opportunity to capture another prestigious title, prove once and for all he is the better warrior, and take a step closer to the trilogy match he so longingly desires.

“In 2017, I had ups and downs. I do not want to look back,” he says. “In 2018, I am looking forward to reaching my dream to battle Adriano Moraes in my hometown. But of course, I have to beat Geje first to fulfill my dream.”