Demetrious “Mighty Mouse” Johnson was already a bonafide superstar when he entered ONE Championship, and his debut at ONE: A NEW ERA was one of the most anticipated first outings in the promotion’s history.

The modern-day legend squared off against hometown hero Yuya “Little Piranha” Wakamatsu in Tokyo, Japan on 31 March 2019, and he emerged with a second-round submission victory in their ONE Flyweight World Grand Prix quarterfinal match-up.

Despite having already achieved so much in the sport of mixed martial arts, Johnson – then a 12-time Flyweight World Champion – was excited to get his ONE career underway because it was the first step towards achieving one of his lifelong goals.

“Growing up, there wasn’t a flyweight division, and the only way you would get in a Grand Prix was flying over to Japan to fight in PRIDE,” he says.

“That wasn’t going to happen because everyone was way bigger than me. So for me, to win a Grand Prix belt was always one of the things I wanted to do.”

Johnson was thrilled to learn that the world’s largest martial arts organization was going to hold the ONE Flyweight World Grand Prix, and in the quarterfinal round, he was matched up against a big hitter.

“Little Piranha” had knocked out his opponents in nine of his 10 wins at that point, but the American believed his experience would navigate him through the potentially turbulent waters.

“Usually, there is not really a game plan – just get into the fight, and get the fight going,” he says.

“Obviously, Yuya Wakamatsu has a lot of power, coming from a great camp at Tribe Tokyo. I was just testing the distance, but I always wanted to stay close to him.” 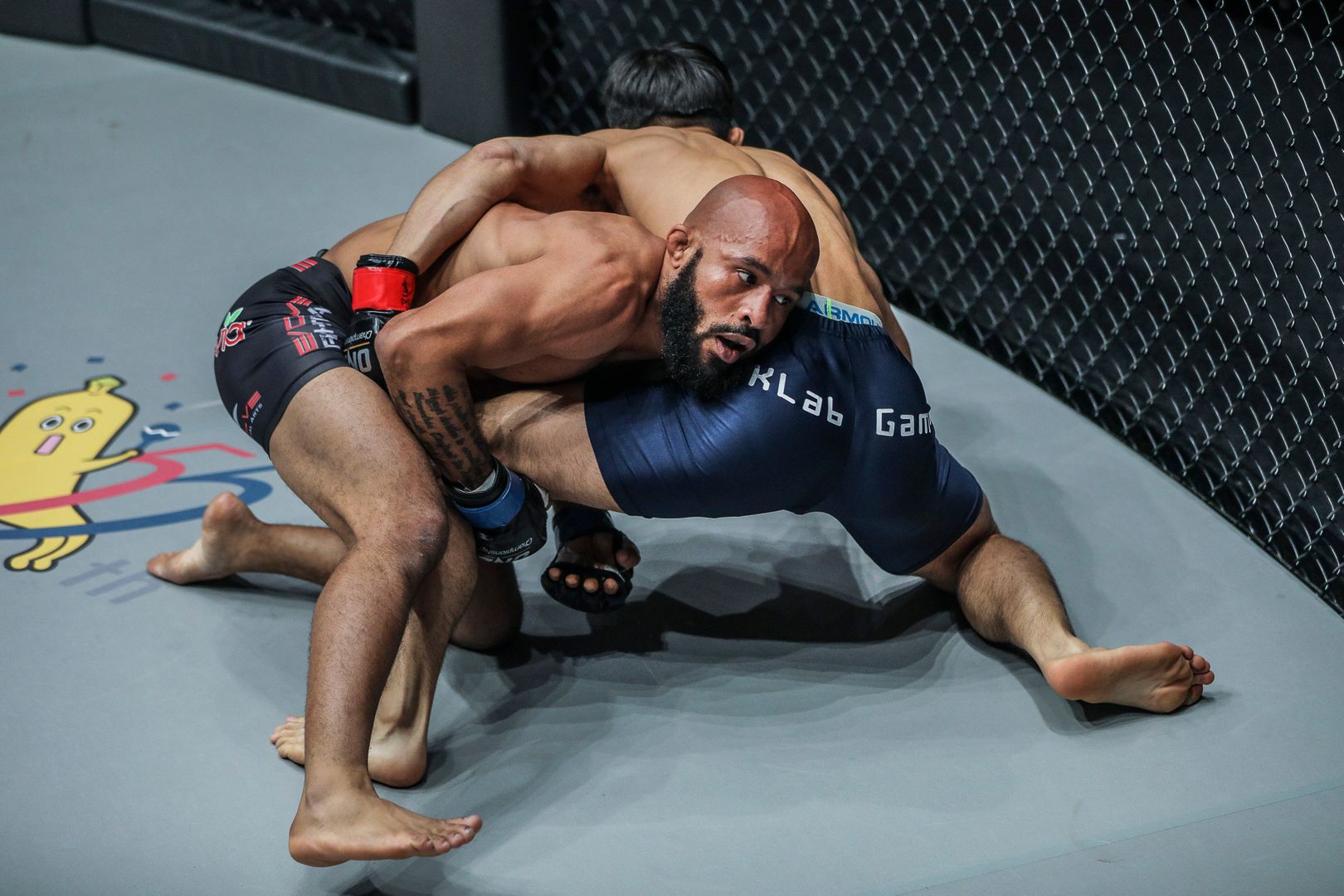 Johnson worked hard for his takedowns in the opening stanza, but his younger rival used his athleticism to prevent himself from being grounded for too long. Also, he managed to land some hard punches on the feet.

“Mighty Mouse,” however, was wise to the threat and did his best to stay out of Wakamatsu’s firing line.

“He was always looking for me to cross distance and overextend. Each time I stepped forward, he was always backing up, waiting for that one big shot,” the American explains.

“For me, once I get to that right distance, I move my head off angle, and move off angle, and keep the pressure on him. That way, he doesn’t have a chance to breathe.”

It wasn’t completely smooth sailing for Johnson in his first-ever round in the world’s largest martial arts organization, but he is renowned for his cerebral approach to figuring his opponents out, as well as his incredible gas tank.

When he came out of his corner for the second frame, he took things to the next level.

“I feel like I shine more as the rounds go on. One of my greatest assets is my cardio, and picking my opponent apart as the fight goes on,” the 33-year-old continues.

“The biggest thing [my cornerman told me] was to keep him guessing, and once you take him down, pass the guard and look for your submission game.” 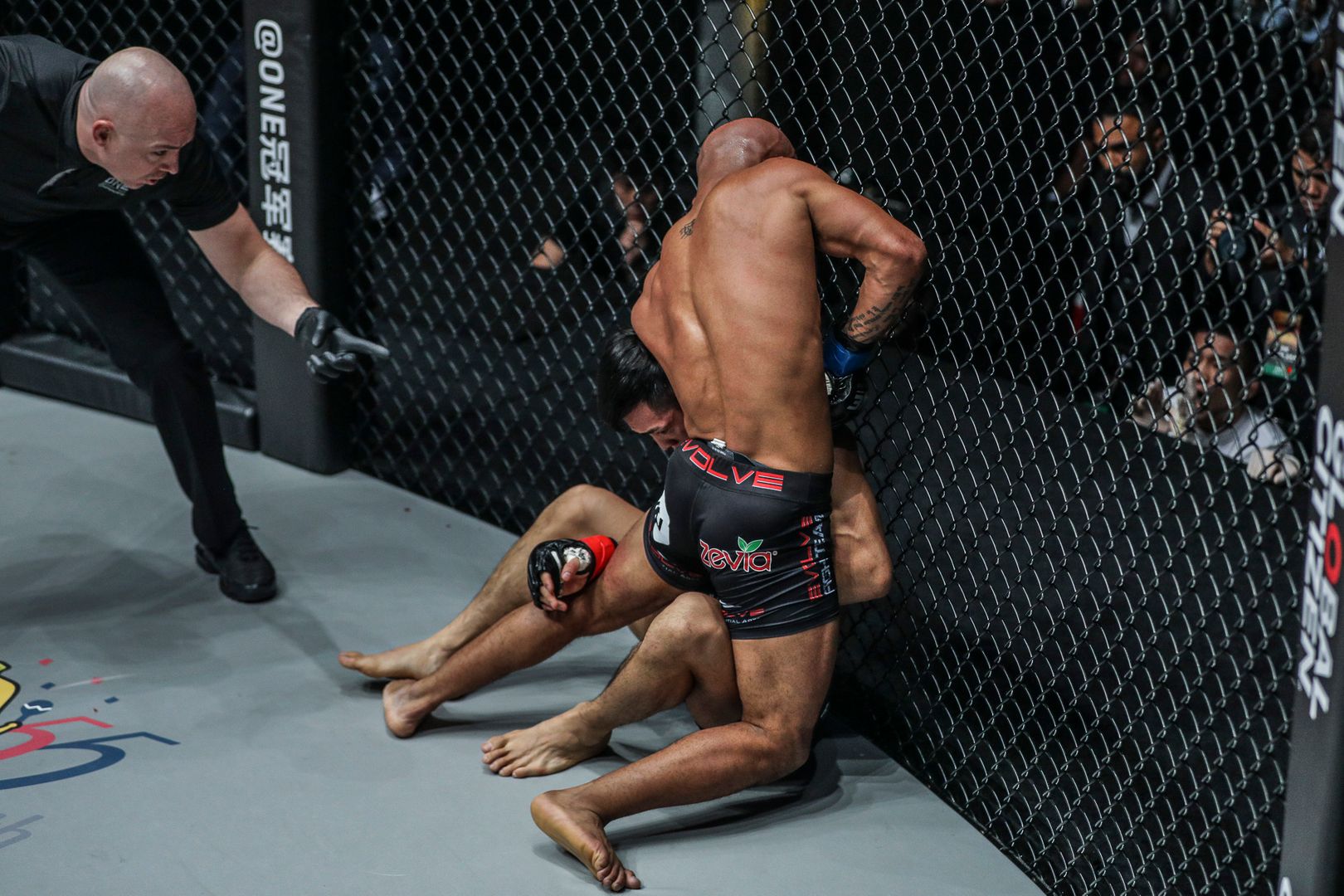 Johnson implemented those tactics right away. He took Wakamatsu down within the first 30 seconds, and made sure the Japanese man never got the chance to throw his dangerous strikes again.

The American passed his rival’s guard and moved seamlessly between dominant positions, and then, he finally got the finishing opportunity from side control.

“In side control, [I was] throwing elbows to the head, and I was looking for that far arm – either the kimura or the armbar,” he offers.

“I didn’t get it, so I switched to the guillotine and started kneeing the head. He defended the head, and I got the choke and was just really digging into that guillotine.”

Wakamatsu tapped to the punishing high-elbow guillotine choke, and “Mighty Mouse” celebrated with an athletic display in the middle of the Circle.

Though he was thrilled with his debut win on the global stage, he made sure to temper his excitement out of respect for his fallen opponent. 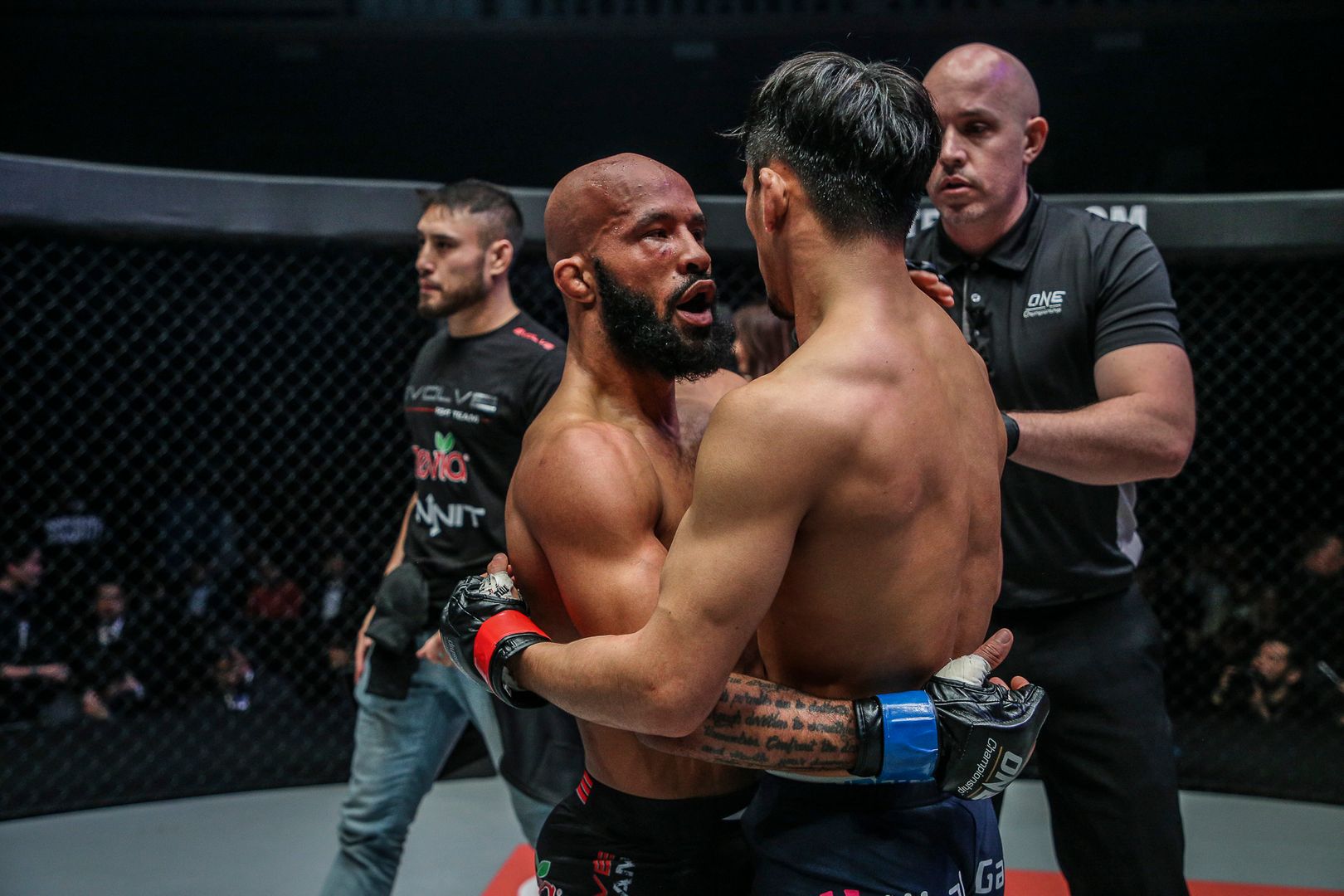 That victory was the start of Johnson’s run to the ONE Flyweight World Grand Prix Championship, and a night he will never forget.

Now, with one goal checked off his bucket list, “Mighty Mouse” is eagerly awaiting his opportunity to challenge ONE Flyweight World Champion Adriano “Mikinho” Moraes for the gold later this year.

Read more: Demetrious Johnson’s Wife, Destiny, Reveals Why He Is The GOAT