Ev Ting (14-4) has been a force to be reckoned with in ONE Championship’s lightweight division.

The Malaysian-born athlete known as “E.T.” has defeated some of the brightest competitors on the global stage, including former ONE Featherweight World Champion Honorio “The Rock” Banario, hard-hitting Aussie Rob Lisita, and former ONE Lightweight World Title challenger Kamal Shalorus.

Ting’s impressive run culminated with a title challenge against then-ONE Lightweight World Champion Eduard “Landslide” Folayang in April 2017. It was a thrilling five-round battle, but he fell short, and wound up losing via unanimous decision.

Already an accomplished martial artist, the best is yet to come for Ev Ting​.

Posted by ONE Championship on Saturday, February 3, 2018

The 28-year-old Malaysian took away many lessons from that stinging defeat, and he was determined to come back stronger than ever. He returned to form against former ONE Welterweight World Champion Nobutatsu Suzuki in August, defeating the Japanese warrior via TKO in the first round.

Both men bring ferocious skill sets to the cage, as well as big wins over elite opposition. It has all the makings of an epic contest, one which could further define the lightweight world title picture.

In this exclusive interview, Ting speaks in-depth about lessons he has learned in defeat, his upcoming tilt with Sexton, and his own quest for gold. 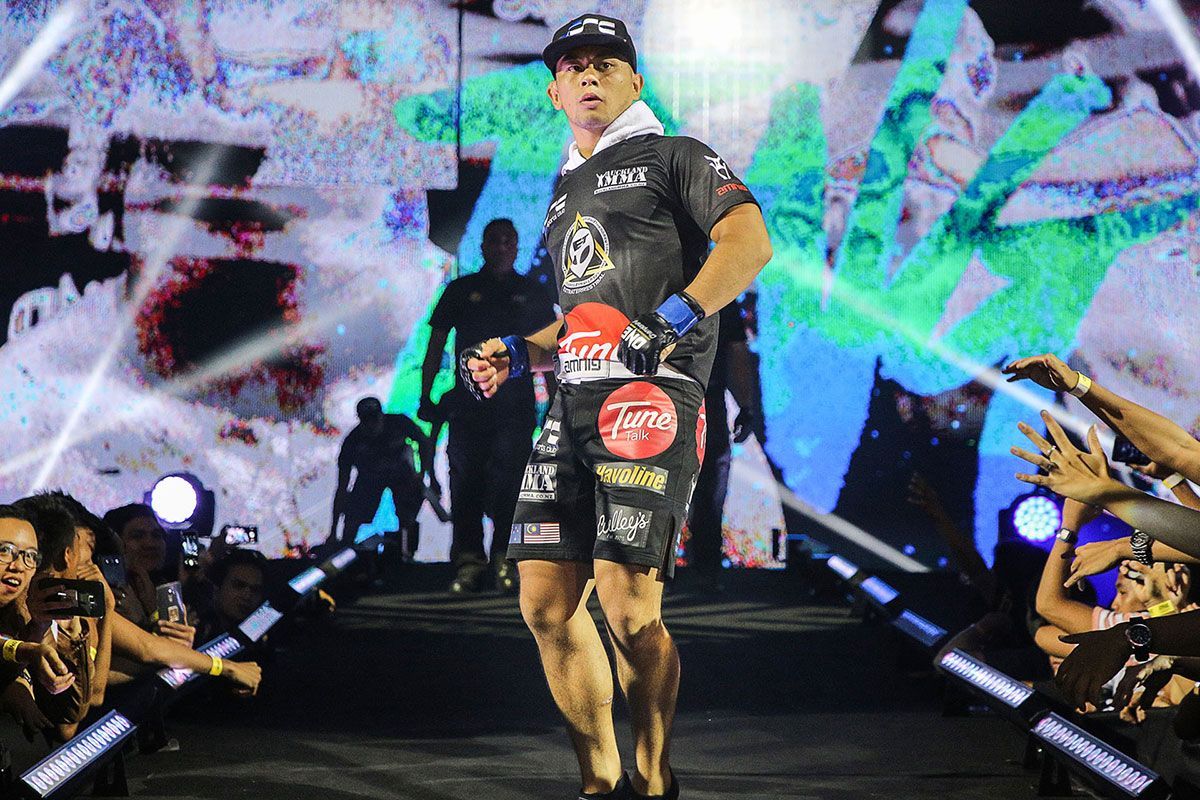 ONE Championship: You have a huge bout coming up against Ariel Sexton, who has some great wins in the lightweight division. Was he on your radar?

Ev Ting: Yes. The lightweight division is stacked, and everybody knows that, so there was definitely a few guys I was expecting to be matched up with at some point, and Ariel Sexton was one of them. No surprises there. He is a game black belt, and he has faced pretty much the other half of the division that I have not faced yet. So competing against him would be a great unification in a way, to show that we are true contenders of the division, and we should be right up there in contention for a world title shot.

ONE: Sexton is on a three-bout win streak, with victories over elite martial artists. Do you think this match could determine the next lightweight world title contender?

ET: I believe so. There are a lot of people lining up, and the champion is challenging for another world title, so there will be some traffic jams in the division. But absolutely, I consider us the top lightweights in the world to be competing for this rank.

ONE: You mention the depth of the division. How do you analyze the top of the lightweight landscape?

ET: Amir Khan and Timofey Nastyukhin are competing on the event, so those two are the other top contenders of the division. This could even be an eliminator to see who gets the world title shot, but I have my eyes on the gold. Shinya Aoki, Eduard Folayang, all these guys are waiting to compete, and that is what it should be — the best competing against the best. 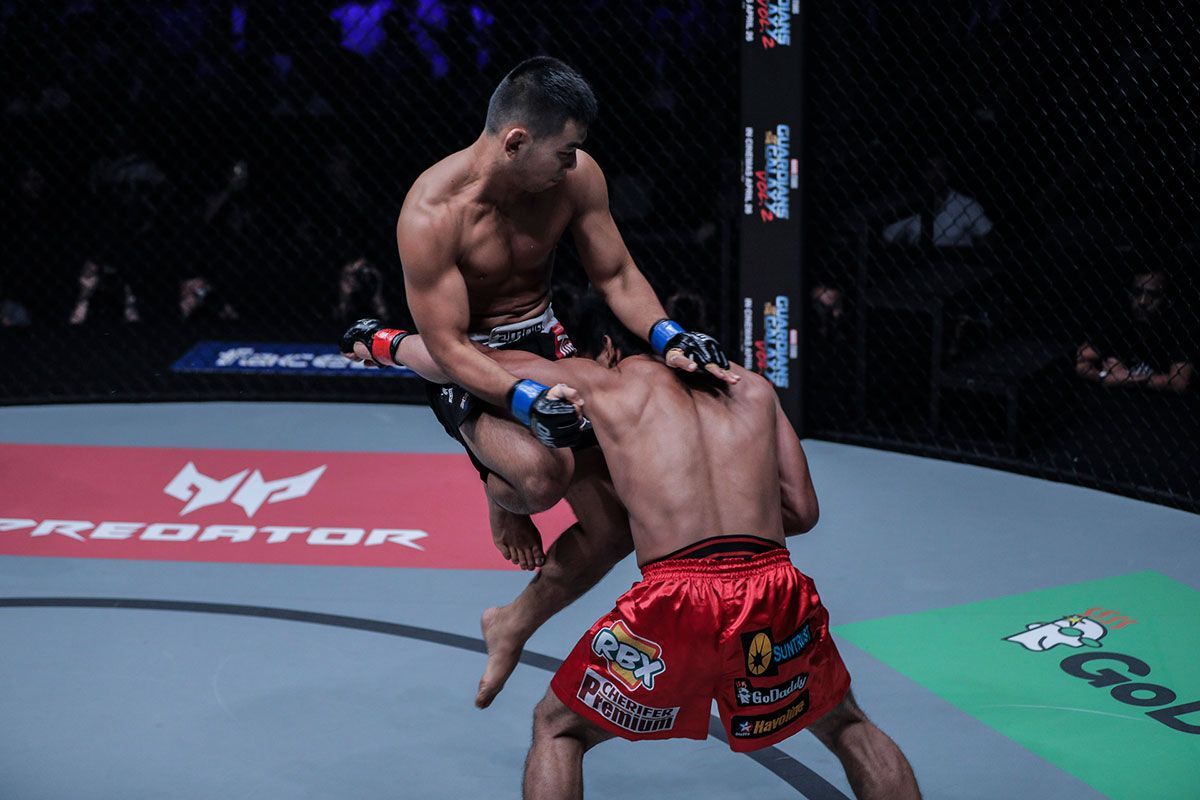 ONE: How do you feel about your match with Folayang now that you had long enough to reflect? Are you at peace with it?

ET: Definitely at peace. Obviously I made some mistakes, and I should have just stuck to a basic sequence and focused on that. But it is all part of the journey, and it has definitely made me a better character since then. In some ways, it is a blessing in disguise. It just was not my time, and I feel when it is my time it will be much more rewarding.

ONE: You called for the rematch with Folayang before, but he is no longer the ONE Lightweight World Champion. Is that a bout you still want, or was it more the belt that you were seeking?

ET: It was more the belt, sure. However, I love Manila, and the fans there are always exciting. They were the ones messaging me saying they wanted the rematch. But my job, I am contracted to dispose of whoever is on that paper, so I just have to train to peak and beat whoever is in front of me on event night.

ONE: You came back with a win over Nobutatsu Suzuki, a former welterweight world champion. How happy were you with that performance?

ET: Well, relief would be the key word. I knew I was back at the bottom of the mountain, and it was all about climbing back up to earn my chance again. The division is so stacked that everyone is a tough match. They could put on an eight-man tournament, and that would be perfect to unify the division. Chatri Sityodtong [Chairman and CEO of ONE Championship] said he was open to ideas (laughs). I am really happy to be a part of ONE, and I rate the athletes here against anybody in the world. I am happy to be in this pool of good athletes. 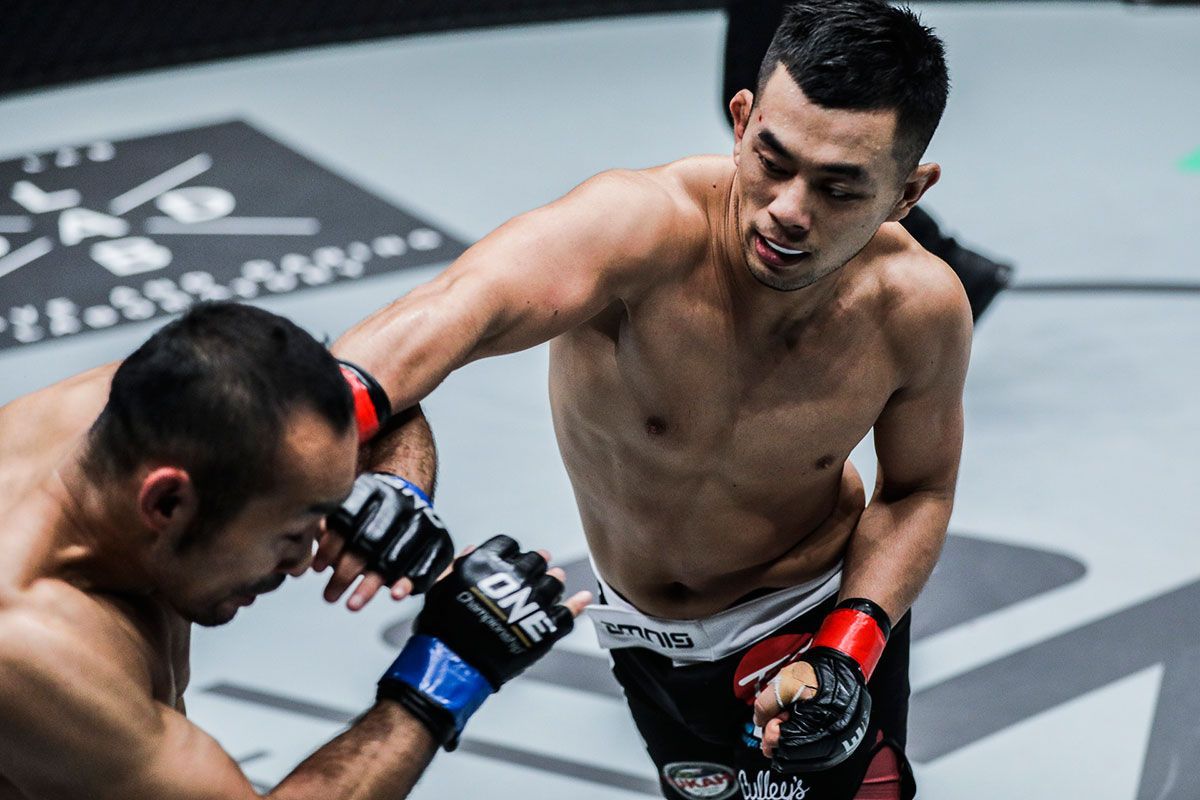 ONE: You mentioned before the bout with Suzuki that the loss to Folayang made you realize that you needed to change your mindset and attitude. What exactly did you realize?

ET: It made me realize that I need to be very specific, and be a master of my craft in competition. It was looking after myself in training camp, not trying to ‘win’ every training session, and not burning myself out and getting sick in the last week. A lot of these things I learned to get better for the future.

ONE: Do you think beating a former world champion like Suzuki was a big thing for your career?

ET: Absolutely. I am proud of all my victories in the cage. Nobody apart from me and Ben Askren have been able to do that to Suzuki, so I consider that a good win.

ONE: As it stands, Martin Nguyen is kingpin of both the lightweight and featherweight divisions. What are your thoughts on his win over Folayang in November, and is he now the man with the target on his back?

ET: He did everything right on his end. He came in and executed his game plan, but he definitely has a target on his back. He has something that two, or maybe three, divisions are gunning for. He is definitely fortunate to have three world title shots back-to-back. I am happy for him, and I’ve got nothing bad to say about him.

During the time he was given these opportunities, I was working, coaching all around Asia, donating my win purses to charities and orphanages, and doing things for the sport and communities. Had I spent that time on myself, I might have had those kinds of opportunities. But not taking anything away from him, it will be a train wreck if we get matched up this year.