For the first time in over two years, Team Lakay veteran and Baguio City’s own Eduard “Landslide” Folayang took to the ONE Championship cage in front of his hometown crowd in Manila. The last time he performed live for his fans, things didn’t go so well, as the Filipino MMA veteran fell to hard-hitting Russian Timofey Nastyukhin via first-round knockout.

Against top lightweight contender Ev “E.T.” Ting, at the main event of ONE: KINGS OF DESTINY last Friday night at the Mall of Asia Arena, Folayang put together one of the most comprehensive and impressive performances of his career.

Ting, who earned a shot at the ONE Lightweight World Championship with a four-fight win streak including two victories at lightweight over Rob Lisita and veteran Kamal Shalorus, aimed to bring the belt back home to Malaysia. He would have to do so, however, against the division’s kingpin in Folayang. 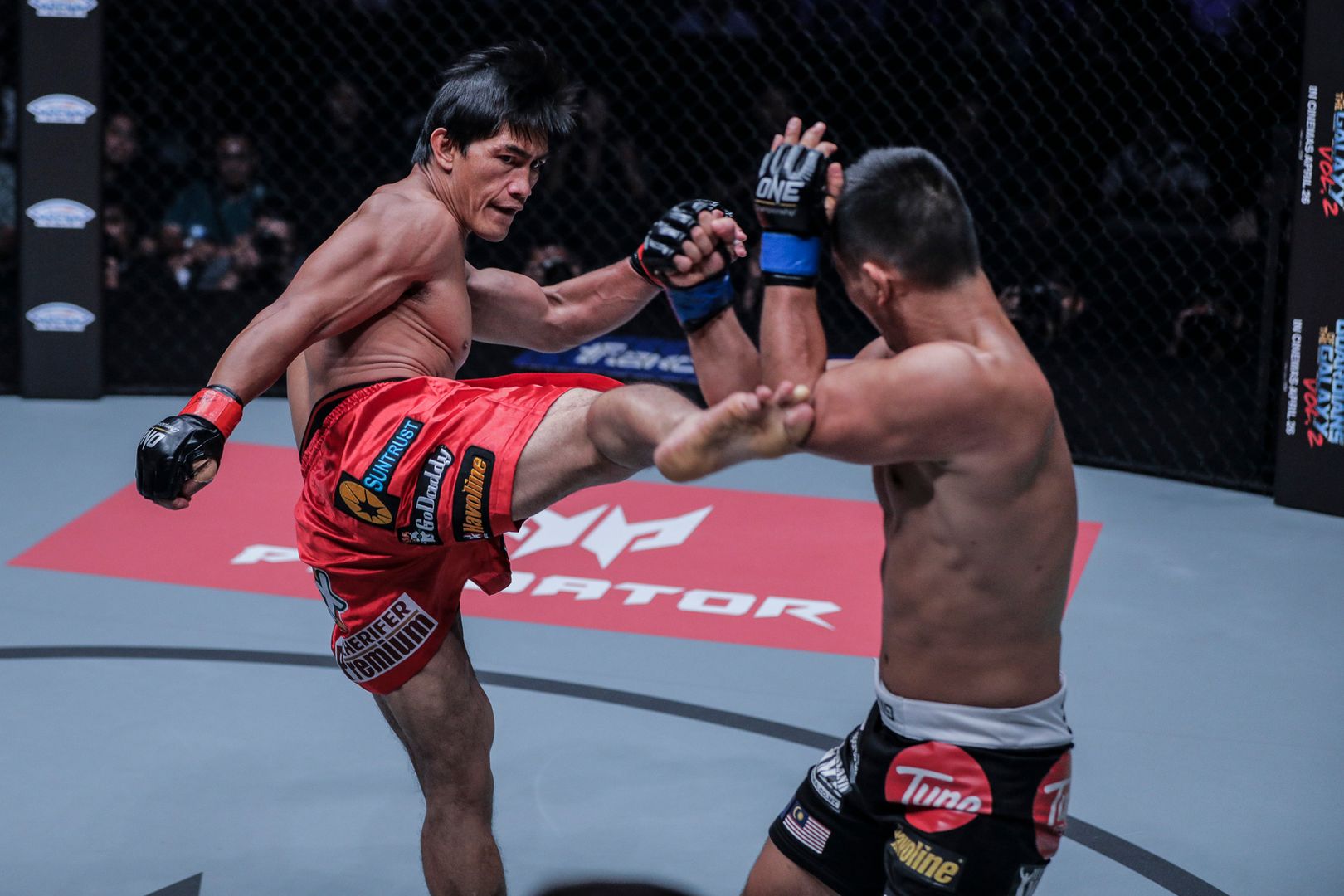 Operating behind his world-class wushu, Folayang dazzled with his trademark variety of lightning-quick and powerful spinning attacks, pouncing on Ting with side kicks and back fists.

Every time Ting tried to close the gap, Folayang caught him in the clinch, and would land several knees to the body when pressed up against the cage.

Controlling the action from the outside with the intent to counter, Folayang allowed Ting to come forward with his attacks, which were few and far between.

A huge right hand landed for Folayang in the third round, which rocked Ting, and more work in the clinch with heavy knees followed. In the fourth, Ting scored on a nifty scissor takedown and transitioned into a possible heel hook, but to no avail.

In the fifth round, both fighters gave everything they had, with each landing significant strikes in the final three minutes of the contest.

Ting’s best strike came in the form of a head kick that landed flush on Folayang’s temple, but the Filipino proved to have a granite constitution and ate the shot easily, catching Ting’s leg in the process to drive him up against the fence. There, with his opponent’s back to the cage, Folayang connected on two solid right hands.

In the last moments of the bout, Ting barely missed with another flying knee, while Folayang connected on another spinning back fist. 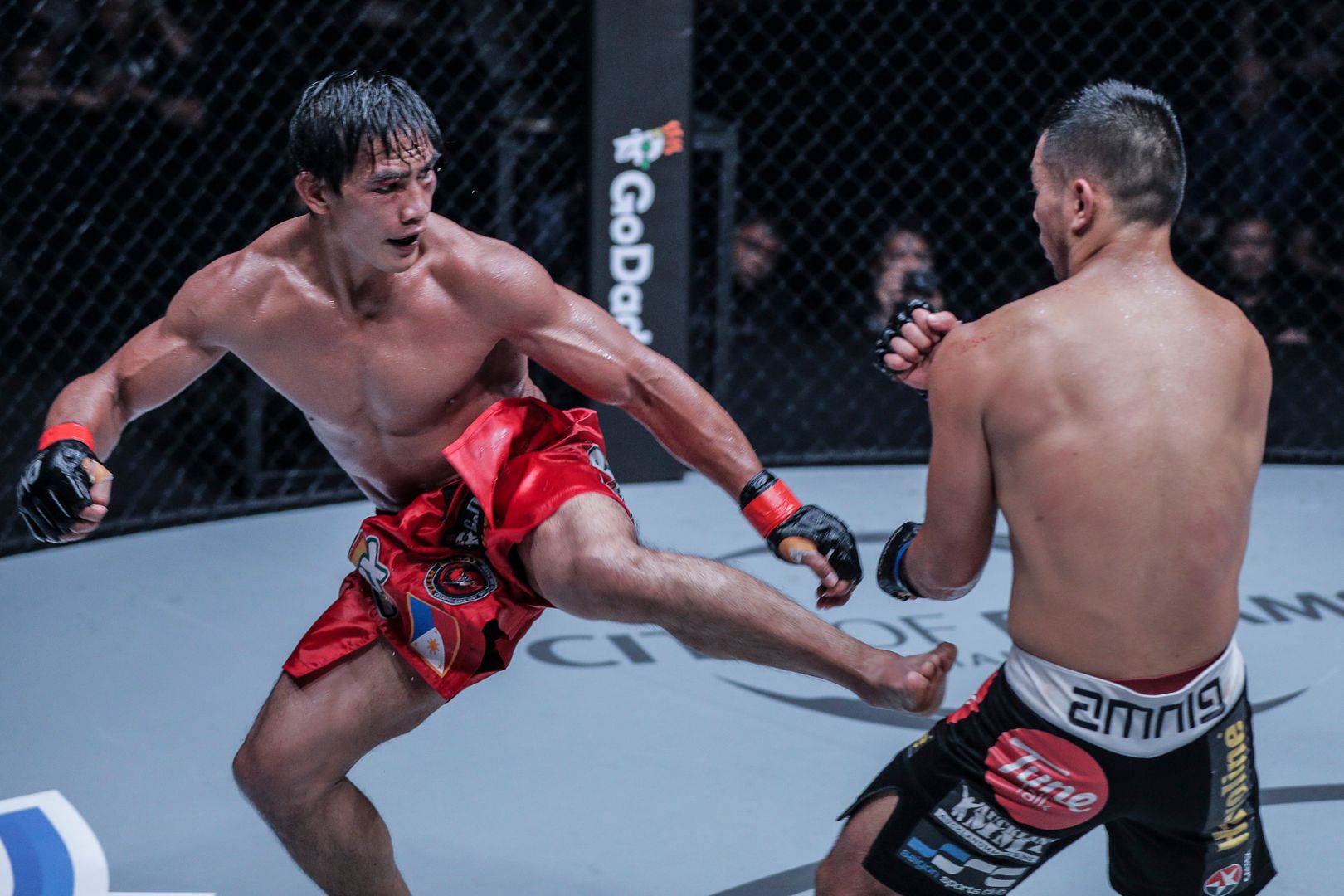 In the end, all three judges agreed on Folayang winning a unanimous decision to retain his ONE Lightweight World Championship after five rounds of intense action.

“I would like to thank Ev Ting, he really came prepared for this fight. We came to give the fans a good fight, and that’s what we have done,” said Folayang, still the champion.

“This is the essence of martial arts, five rounds to show how much we’ve prepared for a long time. [This fight] means a lot. A lot of you [fans] were discouraged the last time I was here, I slept on that mat. I rose up from my circumstances. I needed to train a lot, to improve a lot. This is it on my shoulder. Thank you for your support.” 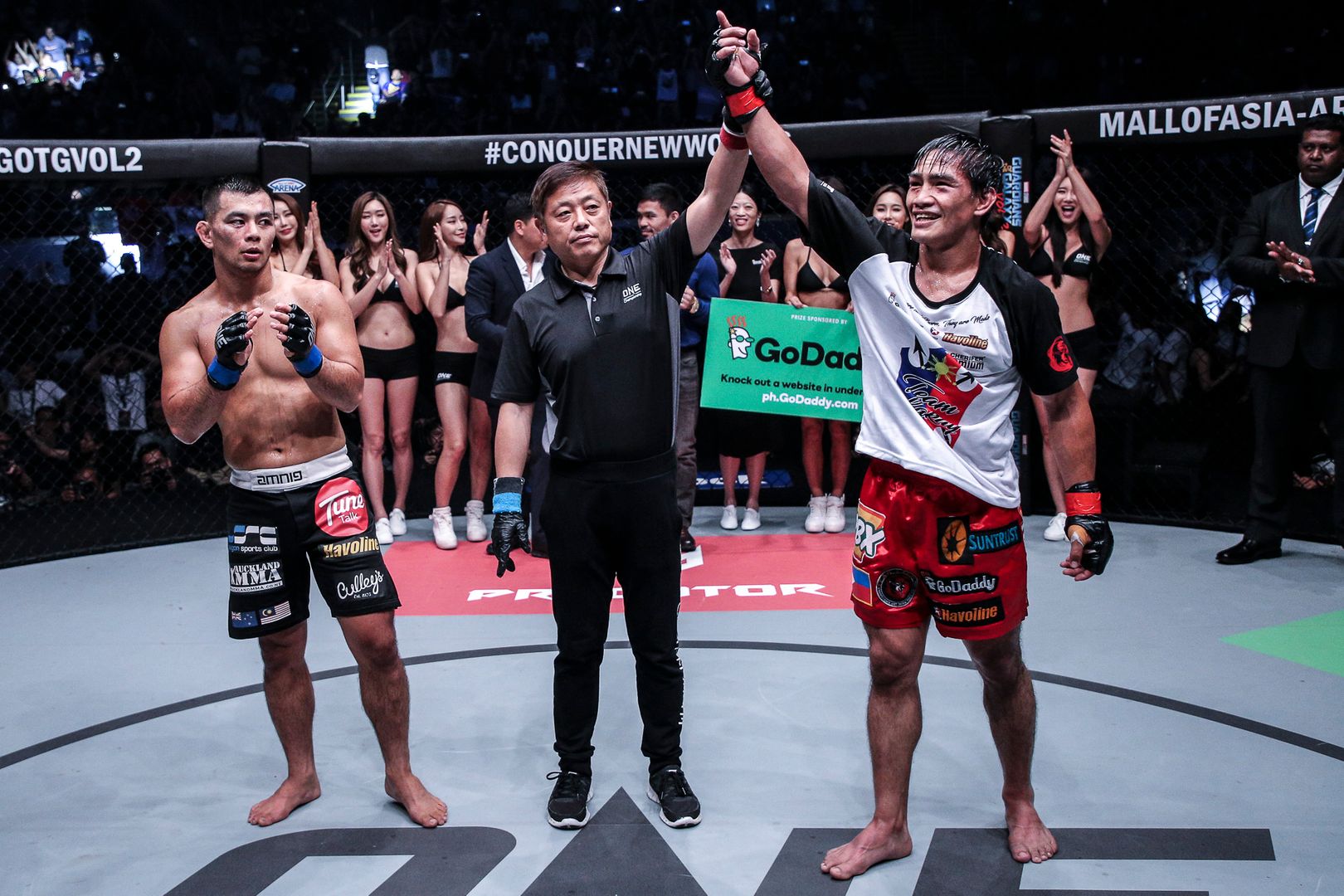 After the confetti settled on the ground, the Filipino proved to be just too much for Ting, to the delight of the capacity crowd in Manila. To cap it all off, ONE shareholder and boxing living legend Manny Pacquiao was on hand to drape the belt over Folayang’s shoulder.

With the victory, Folayang improves his record to 18-5 to retain the belt, while Ting drops to 13-4. Nevertheless, it was an amazing battle from start to finish, one that certainly did not disappoint from an action standpoint.